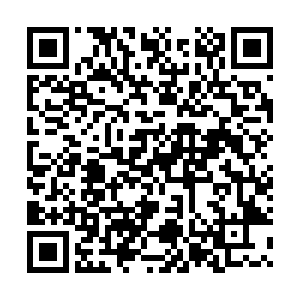 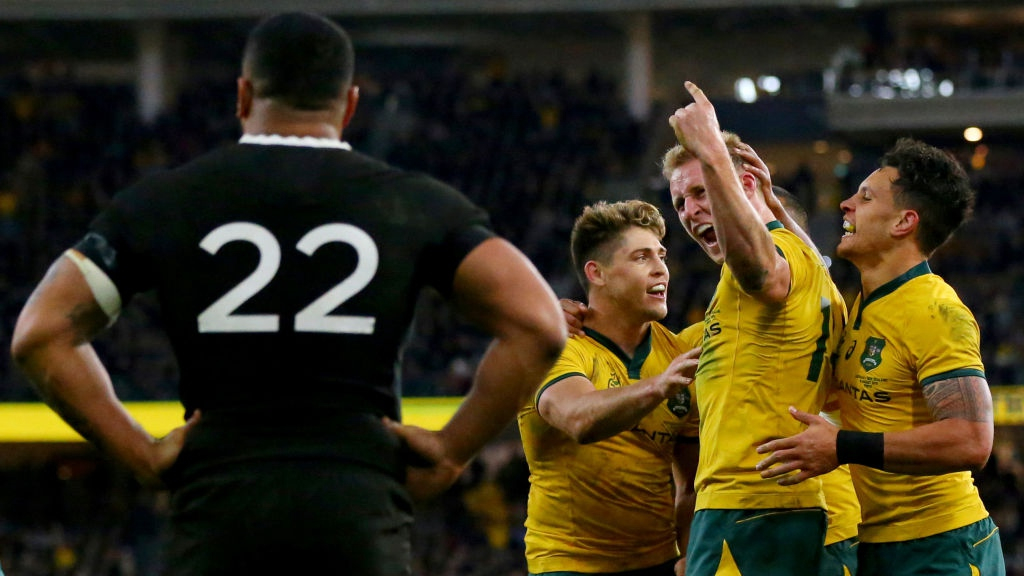 With the upcoming Rugby World Cup getting underway in just over a month's time, two-time defending champions New Zealand suffered a jolt to their preparations for the big event as they were thrashed by a resurgent Australia.

The Wallabies notched up a stunning 47-26 win in their first Bledisloe Cup test in Perth to hand over the All Blacks a reality check.

A couple of weeks back, the all-conquering ABs were held to a last gasp draw in their own backyard in Wellington against a gritty Springboks followed by Saturday's shock to see their Rugby Championship campaign and title defense in jeopardy.

If towering lock Brodie Retallick's dislocated shoulder during the South Africa test added worries to Steve Hansen's side before the Wallabies game, his replacement Scott Barrett's reckless shoulder charge towards the end of the first half in the western Australian city turned things go from bad to worse as his dismissal as the fourth-ever All Black to be sent off reduced the tourists to 14-men for the entire second half.

After the hosts gained early momentum with a slender lead, Barrett's dangerous charge and subsequent crash into Australian captain Michael Hooper with a no-arms tackle at a ruck turned things upside down for the shell-shocked ABs.

Michael Cheika's boys seized the opportunity and there was no looking back for them with the advantage of having an extra player on the pitch.

Incidentally, it was the same French referee who had earlier shown the red card to Barrett's fellow teammate Sonny Bill Williams for a shoulder charge during the second British and Irish Lions test in 2017. Williams was the third and the last AB before Barrett to receive the marching order.

The decisive penalty gave Australia a 16-12 lead at halftime and saw them coming all guns blazing after the break. Soon the hapless All Blacks were down 26-12 and were eventually blown away to one of their biggest defeats against the side that won their previous test in 2017. Samu Kerevi of the Wallabies runs the ball during the 2019 Rugby Championship Test Match between the Australian Wallabies and the New Zealand All Blacks at Optus Stadium in Perth, Australia, August 10, 2019. /VCG Photo

Samu Kerevi of the Wallabies runs the ball during the 2019 Rugby Championship Test Match between the Australian Wallabies and the New Zealand All Blacks at Optus Stadium in Perth, Australia, August 10, 2019. /VCG Photo

A rampaging Reece Hodge accomplished two of their six tries as the Wallabies amassed their highest points tally in 165 tests against the All Blacks. Lock Lukhan Salakaia-Loto, scrumhalf Nic White, winger Marika Koroibete and fullback Kurtley Beale also crossed for the Wallabies in front of a capacity crowd of 61,241 at Perth Stadium.

Anton Lienert-Brown, Rieko Ioane, Beauden Barrett and Ngani Laumape scored tries for the ABs for a losing cause.

"A few things went our way, but I was really pleased for the lads. They have been working really hard," the Australian coach said after the match.

"I know we are all pumped and everything like that but all we have done is bought a ticket to Auckland," Chieka added after the morale-boosting win gave the under-fire coach a much-needed breathing space.

A dejected New Zealand skipper acknowledged his rival side "were very good tonight."

"The first half was tit-for-tat and we just couldn't get hold of the ball and then they just hit us after halftime and that just really gave them confidence. We have to be better than that," Read mentioned as his side is hoping to turn the tide at home next week.

If Chieka's side wins or draw the next leg in Auckland next week, they will regain the Bledisloe Cup they last raised aloft in 2002.

However, South Africa's emphatic victory over Argentina in Salta later in the day has dashed the Wallabies hopes of winning their first Rugby Championship crown for the first time since 2015.