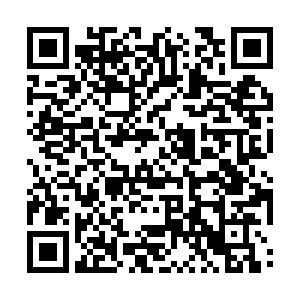 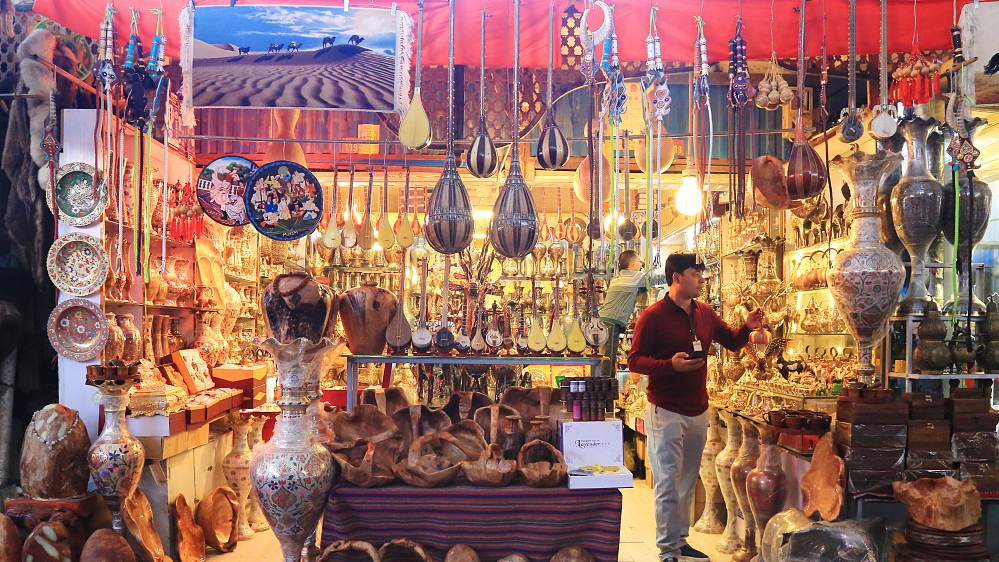 Editor's note: Yang Guiping is a professor of the School of Philosophy and Religious Studies at Minzu University of China. The article reflects the author's opinions and not necessarily the views of CGTN.

Eid al-Adha, also called the "Festival of Sacrifice", is a public holiday celebrated in Xinjiang and Ningxia of Northwest China where 70 percent of Chinese Muslims are based. With a history of over 1300 years, Chinese Islam has a large population of more than 23 million Muslims.

On August 11, Chinese Muslims are joyfully celebrating Eid al-Adha just like those in the other parts of the Islamic world. It is named after the feast of sacrifice at the end of the rites of the pilgrimage to Mecca. The periodic celebration is held in memory of the Prophet Ibrahim (Abraham in the Christian and Jewish traditions) for events important in sacred history. Chinese Hui Muslims called it as Loyalty and Filial Piety Festival or "Zhong Xiao Jie" in Chinese. 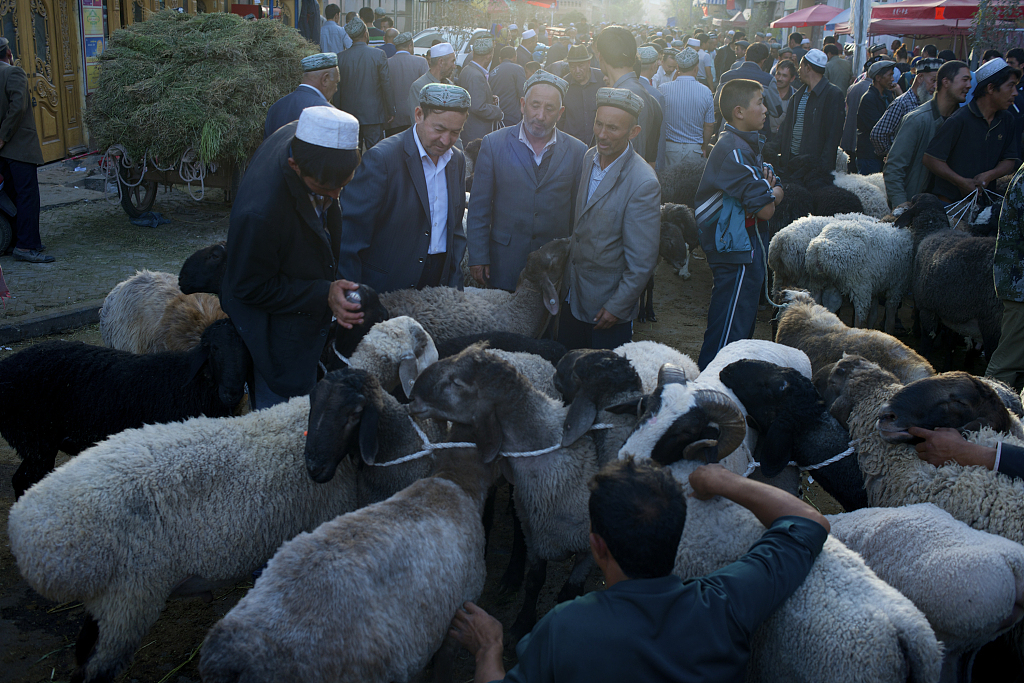 With beautiful dresses and smiling faces, Chinese Muslims with varies ethnic identities celebrated Eid al-Adha in different ways. Traditional celebration consists of Muslims (most are males) going to a mosque where they attend ceremonies, listen to a sermon, and pray together in the morning. Then they visit the tombs in memory of their deceased parents or saints.

Most families symbolically sacrifice an animal as qurbani. They share delicious food with other family members, friends, neighbors, and poor people. In Xinjiang, many Uyghur people get together while singing and dancing during the festival.

In recent years, a new way of celebration standing out is preferred by more and more urban Muslims youth after the rituals. They usually choose the self-driving tours to spend a four-day holiday vacation during the golden tourism seasons.

According to Xinjiang Daily, there were about 75.8 million visits in the first half of 2019, generating revenue of about 115 billion yuan. Both the number of tourists and tourism revenue of Xinjiang have far exceeded that of Egypt and Spain in recent years.

This might raise the question: what has led to such a fast developing tourism in Xinjiang? Firstly, the strong support from the central and local government. Secondly, Xinjiang rich natural and cultural landscape makes it one of the most appealing destinations in China. Friendly local people, delicious food, and rich cultural heritage appeal greatly to tourists from home and abroad.

The development of the Internet makes the beautiful scenery and various tasty food in the northern and southern of Xinjiang well known. Tourists enjoy the exciting journey from the Heavenly Lake of Tianshan to Kanas Lake, from Turpan grape gully to the ancient city of Kashgar; from home and abroad they flock to the vast desert, gobi, as well as to the boundless grasslands, beautiful oases, towering ice peaks and green lakes. 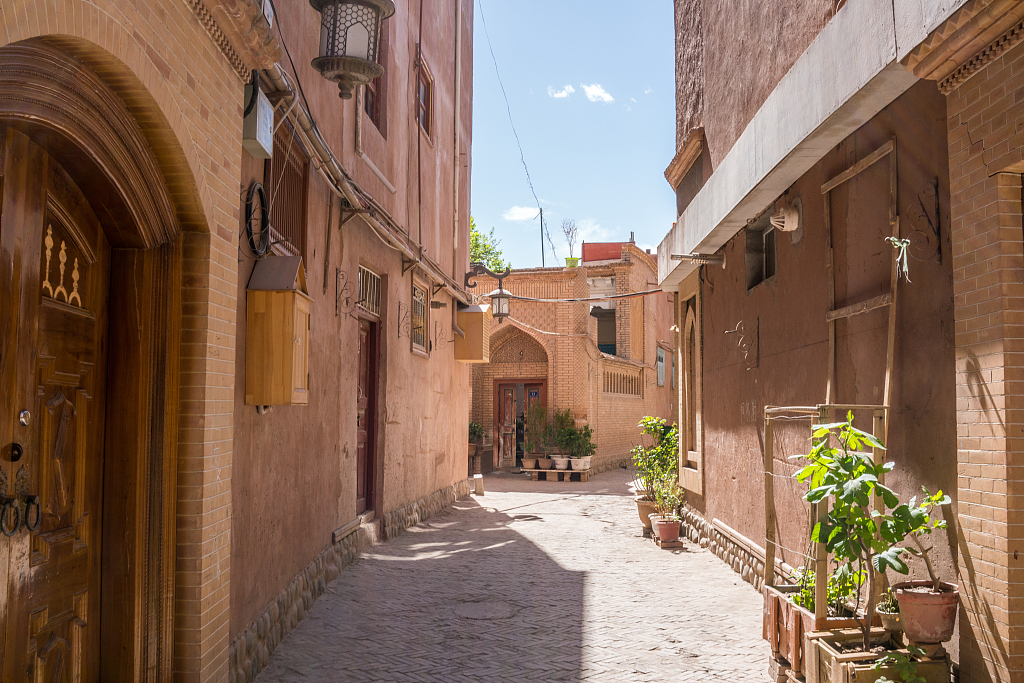 As for the historical and current situation of multi-ethnic groups, multi-religious and multi-culture in Xinjiang, Chinese Muslims respect cultural diversity and religious pluralism and harmoniously live around atheists and other religious communities as well, such as Buddhists, Taoists, Catholics, and Protestants.

They also pay more respect to Confucianism, the mainstream of Chinese traditional culture. There are 56 Chinese ethnic groups, 10 of which include the Hui, Uyghur, Kazak, Dongxiang, Kirghiz, Salar, Tajik, Uzbek, Baoan and Tatar that have a Muslim majority.

Muslims represent only 1.6 percent of the total population in China. Since China's reform and opening up began in 1978, freedom of religious beliefs has resumed, as manifested in the architecture: more than 20,000 mosques, Khanaqahs, Qubbahs and Mazars (saint's tombs) of various styles and sizes can be seen in Xinjiang. There are approximately 40,000 Imams, Akhunds and Mullahs in China, most of whom are male, but the number of female Imams has increased in the past 20 years.

Generally speaking, Islam is practiced personally, in families and within the Chinese Muslim communities. Muslims regard Islam as a spiritual, religious path and a way of life. The Five Pillars of Islam (named Shahadah, Salat, Zakat, Sawm, and Hajj) find their place within the Muslim community. In the public sphere, most Muslims are integrated into the Chinese social and economic system.

They acknowledge that nature, human beings, and society are based on the Chinese social structure, political model, and way of life. They interpreted the religious sources and seek unity in diversity. They harmonize the relation between Islam and other traditions in China and unify religious and ethnic identity with political stand.