What's the likelihood of a UK election on November 1?
Chris Deacon 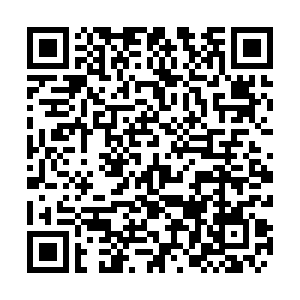 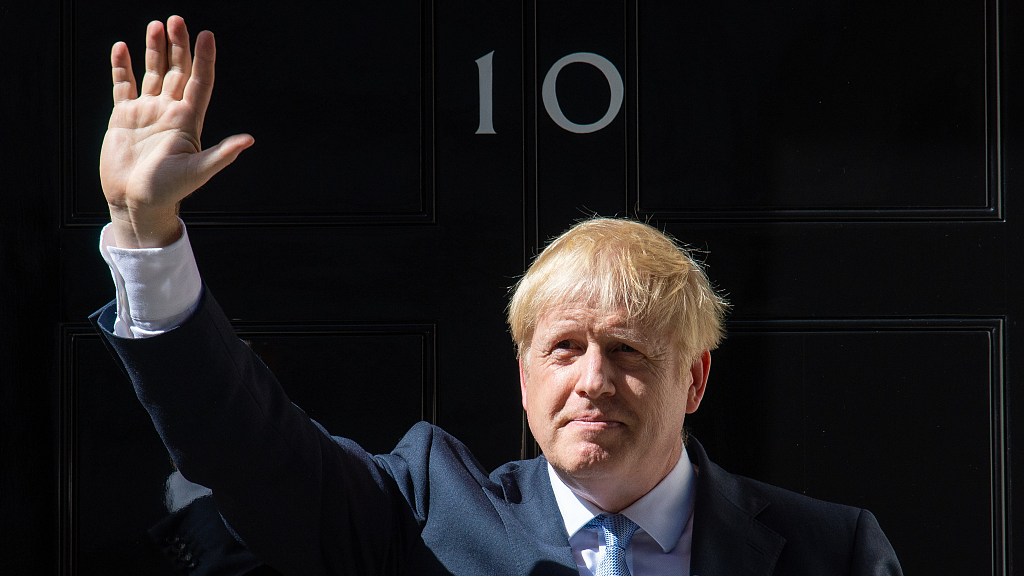 Editor's note: Chris Deacon is a postgraduate researcher in politics and international relations at the University of London and previously worked as an international commercial lawyer. The article reflects the author's opinions, and not necessarily those of CGTN.

Speculation has become rife in the United Kingdom this week that newly-installed Prime Minister Boris Johnson will hold an election in the coming months. This election, however, is predicted to come after Brexit – currently scheduled for October 31 – with the day after, November 1, being cited as the likely date for the election.

This election date has been calculated by reference to the likely date for the calling of a "confidence motion" in Johnson's government in the UK House of Commons. Currently, Members of Parliament are on their summer recess, meaning that the calling of such a vote is impossible; however, they will return in early September and a vote is expected very quickly afterwards.

If Johnson loses the confidence vote – and it is by no means certain that he would; though, it currently appears that there are enough members of his own party who would vote down the government to block a "no-deal" Brexit – then he will have a period of 14 days to attempt to reformulate a majority. At the same time, other parties could also attempt to form a government if they were able to command a majority in the Commons.

If no grouping is able to do this in the allotted time, then a general election would be called. However, to a large extent, the (potentially) outgoing government is able to control the timetable of such an election, and Downing Street officials have confirmed that they would aim to deliberately not hold the election until after the Brexit date of October 31.

Their alleged motivations for this are clear. Leaving the European Union without a deal on October 31 is currently the default position in both UK and European law. It would take agreement between London and Brussels to change this. That is to say, for the UK to leave without a deal on October 31, precisely nothing actually needs to happen – if no one does anything, it will occur.

Given that during an election Parliament does not sit, there would be no way for MPs to attempt to block this. Moreover, in the UK a period known as "purdah" exists, whereby during an election, civil servants are banned from working on politically sensitive matters. This would clearly include the negotiation of any extension of the Article 50 period with the European Council. 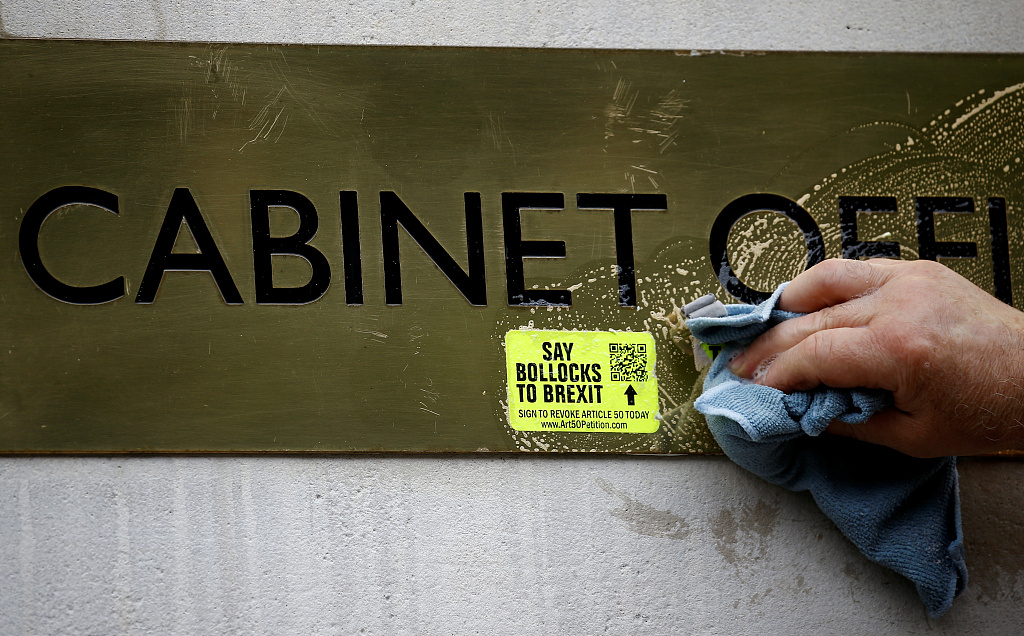 A worker removes anti-Brexit stickers from a sign at the Cabinet Office in London, Britain, July 22, 2019. /VCG Photo

A worker removes anti-Brexit stickers from a sign at the Cabinet Office in London, Britain, July 22, 2019. /VCG Photo

In this way, if an election is called and Parliament is dissolved, but that election is not held until after October 31, no matter the result of that election, there will be nothing that anyone can do to prevent a no-deal Brexit.

While this may appear a stroke of genius (or evil, depending on your perspective) to many, in reality the chances of it happening appear low. A majority of the British public is against leaving the EU without a deal – how utterly irresponsible would it look to these voters to allow the UK to crash out of the EU in this way?

It would not just be that Johnson has denied any democratic accountability for his choice, but – due to the purdah period – he would also likely be denying civil servants the opportunity to work on vital final preparations for leaving the EU without a deal – something that is certain to cause huge disruption even with such planning, let alone without it.

Trying to fight an election with this shocking situation occurring in the background would surely be impossible for the Tories – who would likely be breaking apart as a party given the number of MPs and rank-and-file members who are not in favor of a no-deal Brexit. In short, Johnson would almost certainly be terminating his premiership before it had hardly begun by pursuing this line.

Thus, while the UK press goes wild predicting an election in the days after Brexit – potentially even the day immediately afterwards on November 1 – a more rational analysis suggests this to be unlikely. In fact, it seems likely that Downing Street officials are simply trying to scare their own Tory MPs into not voting down the government in a confidence vote as doing so will not achieve the blocking of a no-deal Brexit that they seek.

An election in the UK does seem inevitable in the coming months due to Johnson's razor thin majority in Parliament. But one that causes a no-deal Brexit to happen in such an overtly anti-democratic way must be unlikely.