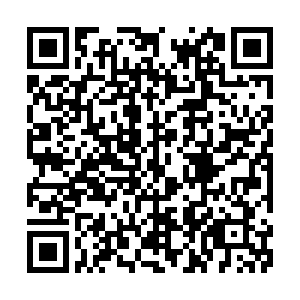 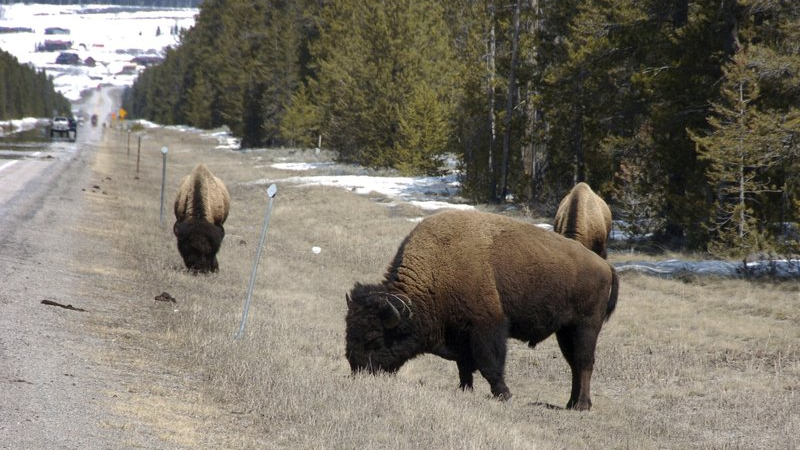 A man reaches over a railing to pet a bison on the head in yet another example of dangerous behavior by visitors to Yellowstone National Park.

A video shows the bison stepped away from the man standing on a crowded boardwalk near a thermal area. Nobody was hurt but Yellowstone officials warned Wednesday the outcome could have been different if the animal had charged.

Similar incidents happen several times a year, sometimes with harmful results. Bison injure a handful of people in Yellowstone every year on average.

The man demonstrated "an incredible lack of judgment and common sense," park Superintendent Cam Sholly said in a statement. "Not only did he put himself and others at risk, he violated regulations designed to keep these animals wild. We expect better from our visitors."

Park officials are still investigating details of the video posted online July 8, including who the man was and where and when the incident happened, Yellowstone spokeswoman Morgan Warthin said.

Bison in Yellowstone spend much of their time grazing and lolling on the ground, making them appear docile. They're not, as tourists who get too close demonstrate every summer.

On July 22, a bison charged and tossed a 9-year-old Florida girl several feet (meters) into the air after tourists came within 5 to 10 feet (2 to 3 meters) of the animal.

The girl was treated at a nearby clinic and released. Park rangers investigated but decided not to cite anybody for that incident, Warthin said.

About 50 people had gotten close to that bison and no ranger was nearby, Warthin said.

Bison in Yellowstone injured at least two people in 2018, one in 2017 and five in 2015. Last year's incidents involving bison included a woman gored in the hip and a man who admitted to trying to shoo one off a road.

Park officials urge people to keep away from all large animals, even those that wander into parking lots or near trails. A safe distance, they say, is 25 yards (23 meters) from bison, elk, bighorn sheep, deer, moose and coyotes and at least 100 yards (91 meters) from bears and wolves.