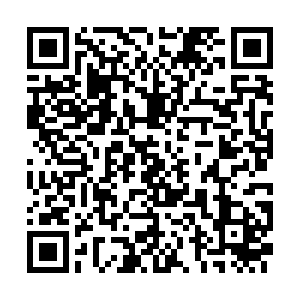 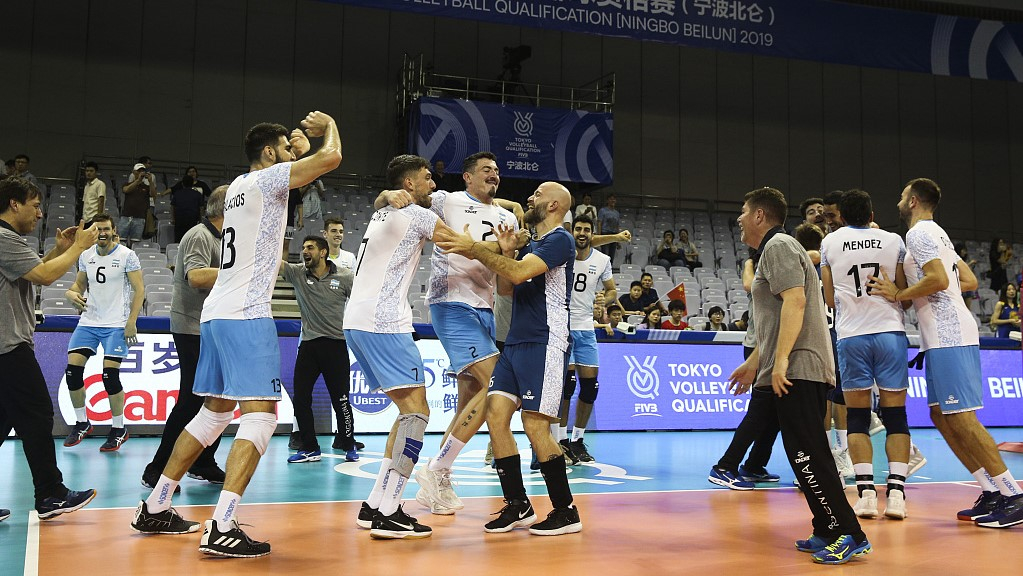 Chinese spikers lost one of their opportunities to grab a volleyball berth for the 2020 Summer Olympics in Tokyo, Japan when they were beaten 3-2 by Argentina to suffer their second straight loss in the qualifying game in Ningbo of east China's Zhejiang Province on August 11. The Asian side will now have to fight for one of four spots in the Asian Championship next month to qualify for Tokyo.

Though they lost to Canada in the previous game, the Chinese side started against their Latin American rivals on a positive note and won the first set 25-19 after a nice block by Zhang Binglong.

Argentina enhanced their attack in the second set, and were up by seven points until China came back to trail 24-22. However, the home side couldn't put away the spike and a quick touch from Cristian Poglajen saw the Argentines win the set 25-22.

Buoyed by their form, the blue and white brigade carried their momentum into the third and Facundo Conte's big spike gave them the set 25-21 for a 2-1 lead. 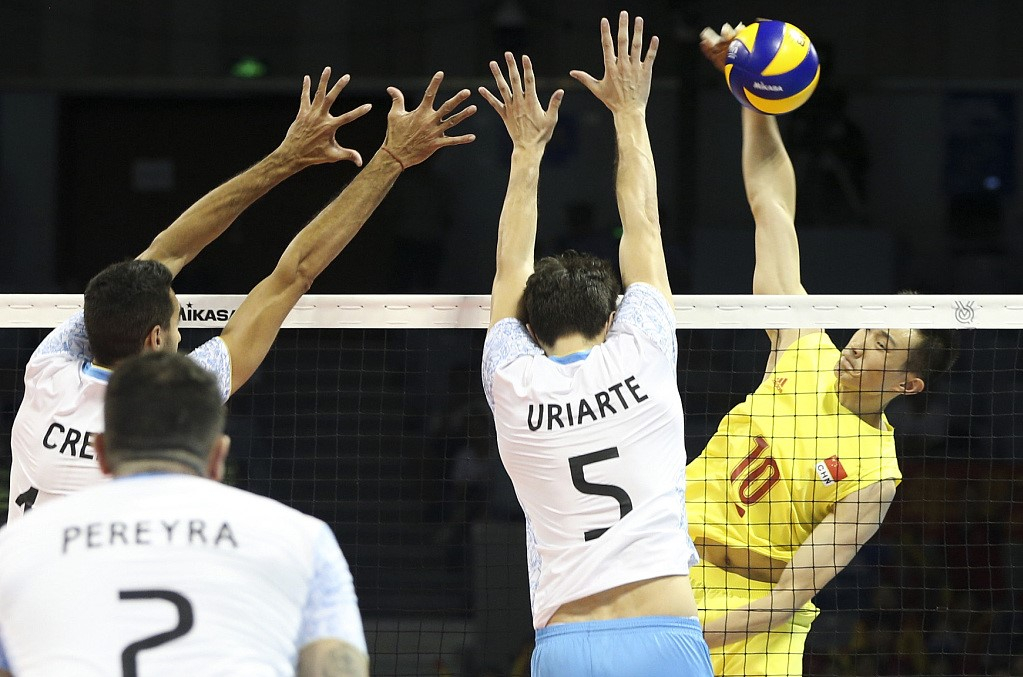 China battled back in the fourth and sealed the set 25-18 when Ji Daoshuai blasted the ball off an Argentine.

In the decider, captain Ji's serve hit the net and Argentina won the set 15-9 for a 3-2 victory. This was their third win in a row, which meant they have secured the first ticket to Tokyo next year.

After his side's morale-crushing defeat, China’s coach Raul Lucio Lozano said, "I think it's obvious that Canada and Argentina are the favorites in our group to advance, since they are the teams that are ranked sixth and seventh in the world. But I have to say, we have done our best at this tournament, we got to match point in yesterday's match against Canada and we also fought hard today. Maybe our confidence was affected a bit when Argentina won the third set. But to sum up, we have done well."

There will be a total of 12 teams who make it to the Olympics next year and seven of them have already been decided. Defending champions Brazil, the USA, Italy, Poland, Russia and Argentina will all be in Tokyo after winning their respective groups. Joining them are Japan as the host nation. The next five spots will be decided at further qualification tournaments in early 2020.