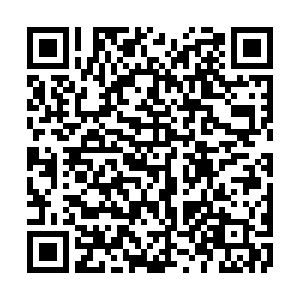 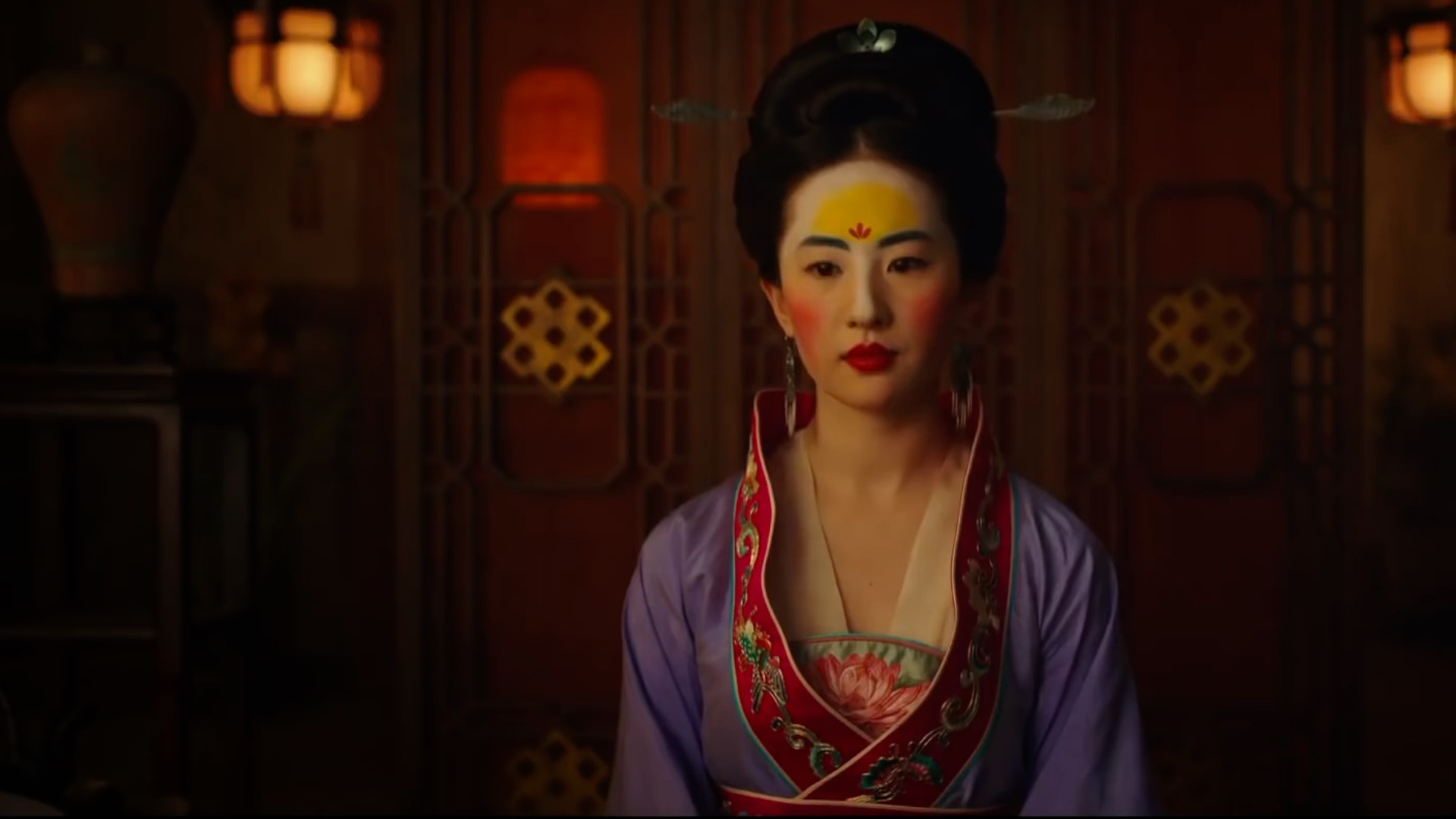 Less than a day after its July 7 trailer release, Disney’s new live-action film “Mulan” sparked a makeup competition in the film’s birthplace of China. A month later, the hashtags “Mulan Makeup Imitation” (#花木兰仿妆#) and “Mulan Makeup Imitation Contest” (#花木兰仿妆大赛#), which have over 304 million views and more than 3.2 million comments combined, are still getting new hits. But can this be taken as an early indication that Disney is hitting all the right notes?

The live-action film is Disney’s second attempt to woo China’s viewers with this tale. Its first attempt was with an animated movie in 1998.

The musical action animation was a hit in the West, making 304 million U.S. dollars at the box office globally. But when it opened in China in 1999, several months after its Western release, it got the cold shoulder. The animated Mulan, who needed a talking dragon for confidence, did not resonate well with the Chinese perception of Hua Mulan, the brave woman who pretended to be her father and fight for her country.

The new live-action version attempts to be more sensitive to Chinese tastes. It has an all Chinese cast and elements that would be more in line with Chinese culture.

On Weibo, the reactions are varied. But the number of hits speaks volumes; there is no doubt that Disney’s live-action “Mulan” has the attention of Chinese moviegoers.

“A lot of people are curious about it, and it’s not just the makeup challenge,” said Manya Koetse, sinologist and editor-in-chief of Whatsonweibo.com.

“Every little detail surrounding the ‘Mulan’ film, from announcing the actors to the controversy about the tulou appearing in the trailer to the makeup — everything became a big topic with millions of views,” she said.

For Koetse, the curiosity and commentary around the film on Chinese social media is a “reasonable indicator of the film’s possible success in the Chinese market.”

“People seem to be really looking for it, are excited about it and are curious to see how Disney will interpret the Chinese Mulan in their live-action film, especially because the 1998 animation did not do so well,” said Koetse. “Now, they are taking a very different approach, and I think this will speak to the Chinese audience more.”

But according to associate professor and head of the department of journalism at Beijing International Studies University Li Xingru, it is a lot less certain.

“Trending on social media means the movie attracts some attention, but it doesn’t indicate that the movie will be successful,” she said.

“For example, the live-action version of “Lion King” was receiving massive attention and discussions, but because there are some problems in the production, the market’s reaction is not actually ideal.”

Noting that the animated version of “Mulan” was released in China almost 20 years ago, Li said curiosity perhaps played a more significant role in attracting people to the  animated film back then. Today, she thinks it is different. The success of the film may very well depend on how much the filmmakers “show their respect to Chinese culture.”

“Back then, Chinese audiences were curious about a story being told from a Western perspective. But 20 years later, the Chinese audience is familiar with such narratives and have cultivated stronger senses of patriotism. Hence, the importance of ‘authenticity,’" Li said. 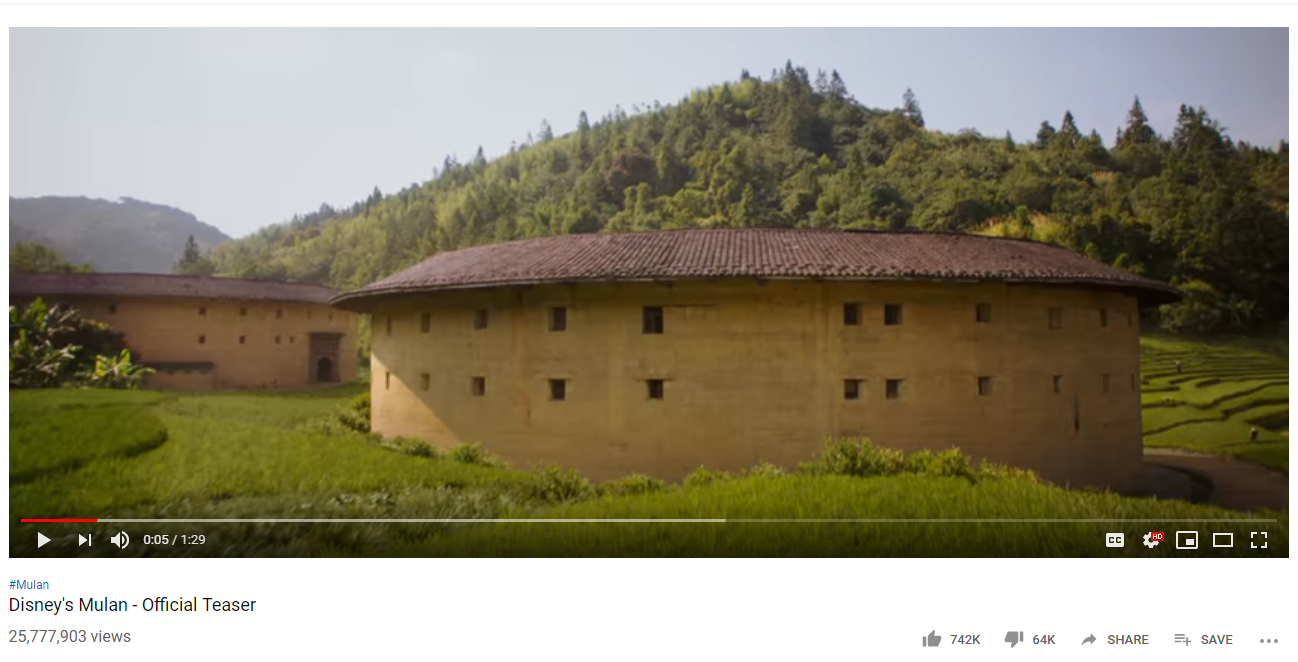 A screenshot from Disney's Mulan Official Teaser Youtube page showing the tulou or circular home that has rubbed some Chinese viewers the wrong way. In just over a month since its release, the live-action 'Mulan' teaser has received over 25 million views on YouTube.

A screenshot from Disney's Mulan Official Teaser Youtube page showing the tulou or circular home that has rubbed some Chinese viewers the wrong way. In just over a month since its release, the live-action 'Mulan' teaser has received over 25 million views on YouTube.

A tightrope between the East and West

China built 3,492 new screens in the first half of 2019 to bring its current tally to 64,944 cinemas. It is also projected to surpass the U.S. at the box office in 2020. That translates to a lot of tickets sold if Disney can manage to strike the right balance between Chinese viewers and those abroad.

Chinese social media has already taken umbrage to the appearance of tulou, a circular communal residence traditionally found in Fujian Province, south China in ancient times, in the film.

“It is very important to get the basic culture right,” said Zhou Yanjun, a producer and director based in Beijing.

Zhou, who studied film at the New York Film Academy, said, “If the film itself is not good enough, audiences won’t buy it.”

“Mulan is one of the most famous heroines in Chinese culture; every Chinese knows about her story. So, we all know she is from  far north... However, in the one minute trailer, we see Mulan living in an obvious southern city,” she said.

“Disney may(be) can fool the world audience, who don’t know much about China. But people who know a little bit about Chinese culture would feel odd for this kind of setting.”

Disney’s Western audience is equally anxious to see the live-action “Mulan,” but whereas the Chinese audience is more concerned with the historical authenticity of the film, fans abroad lament the absence of the much-beloved dragon Mushu, the singing and Mulan’s love interest Shang.

Jingan Young, a commentator of Chinese descent, was quite displeased with the changes and likened the live-action Mulan character to a robot.

“Mulan is now a robotic warrior. The removal of the songs is a big mistake: it eliminates the joy and emotional heart that Disney did so well,” Young, who described herself as a “half-Chinese girl,” wrote in an opinion piece published in The Guardian.

But not everyone has had such a visceral response to the trailer. Leila Hashemi, a self-described “Disney lover” who lives in Beijing, was also disappointed with the absence of the talking dragon. However, she said that would not prevent her from seeing the film.

“I feel they are being very careful to make it culturally accurate,” she said. “I do think that Hollywood realizes that China is probably one of their largest markets outside of the U.S., so of course, they are going to make sure they don’t offend their big-ticket viewers.”

Koetse takes a similar outlook but notes that it will not be easy to balance between the different tastes.

“I do think it is important for Chinese filmgoers that some of the details add up, and you saw that with the example of the tulou Chinese architecture,” she said. “I think this will be a problem with the movie. Obviously, it is very hard to please all audiences, and there will be different expectations.”

"Based on the trailer, I think that we could say that it would probably be a very beautiful movie and not as goofy and as funny as the 1998 animation, and I think a lot of Americans will be disappointed with that and perhaps a lot of Chinese will be happy with that. But it is very hard to say," Koetse said.

Directed by New Zealander Niki Caro, the “Mulan” reboot is scheduled to hit theaters in March 2020. China has not yet set a date for its release.