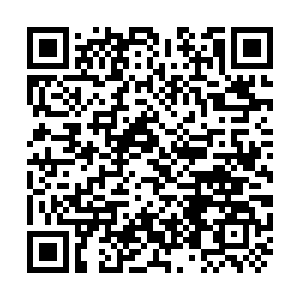 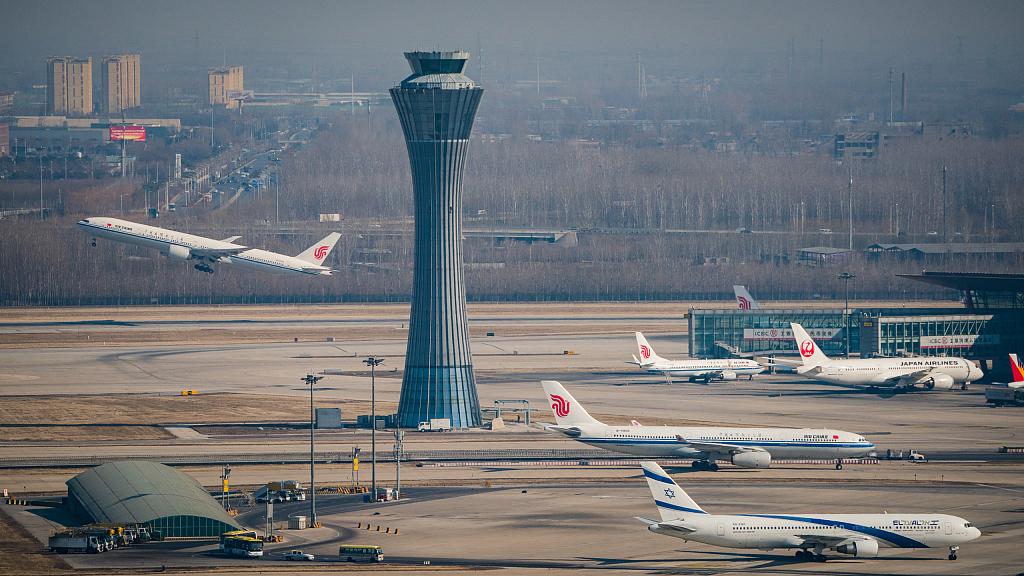 China's aviation industry is on the path to becoming the world's largest. Neither out of mere chance nor out of the country being the most populous. It is, in fact, a result of the realization that reliable means of transportation are a prerequisite to high-quality development.

Apart from the land and sea routes that China is constructing under the ambitious Belt and Road Initiative (BRI), aviation-related advancements have not received as much hype. A look at the expansion during recent years explains their exponential impact. As of now, the market stands second in the world. Its civil aircraft fleet is 3,722 aircraft large, flying from 236 airports. Meanwhile, the passenger stream is increasing at nearly 11 percent a year.

Although aviation is inherently driven by technology, the systems associated with it are experiencing a wave of digitization. Airlines are introducing paperless boarding where passengers use digital devices to select inflight facilities. The Civil Aviation Administration of China (CAAC) is promoting a smart and green industry. 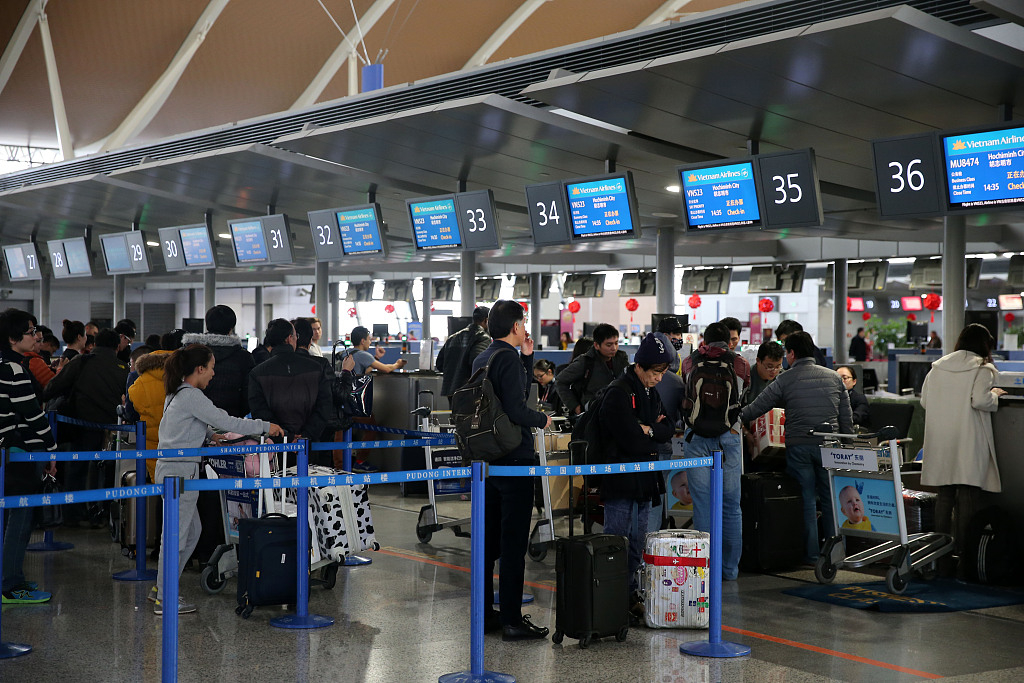 Paperless check-in and boarding would greatly benefit airport operations in China, the most populous country in the world. /VCG Photo

Paperless check-in and boarding would greatly benefit airport operations in China, the most populous country in the world. /VCG Photo

These upgrades are being instituted while maintaining an impressive safety record. For 107 months now, civil aviation has been conducting safe flight operations as a reflection of its quality-oriented approach.

China's opening-up process is driving a multi-industrial evolution, and aviation is a major beneficiary. As joint ventures with foreign firms are multiplying and the negative list shrinking, stakeholders are finding that entering the Chinese market is the most exciting and important business decision. The growth can be seen from the fact that it took 40 years for the American manufacturer Boeing to deliver 1,000 aircraft to China in 2013 but only five years to deliver the next 1,000.

Behind this upturn is a rising consumer force. As a consequence of economic prosperity, the middle class is thriving and air travel is becoming affordable. The government has been pushing consumer spending, which adds to people's demand to take to the skies. The tourism boom is another contributing factor. Not only has the volume of tourism-related domestic flights increased, but there has also been a massive upswing in international travel. Similarly, foreign bound business trips have risen as enterprises expand globally.

The surge in buying power of citizens has effectuated a lucrative regional aviation market, more profoundly in central and western China where travel figures from second and third-tier cities are swelling. Despite high passenger flows in the Beijing-Tianjin-Hebei region, the Yangtze River Delta, and the Greater Bay Area last year, aviation's growth rate there was no match with that in smaller cities. This has created a fresh avenue for smaller airlines which operate on domestic routes and cater for the still forming consumer base.

Civil aviation is a strategic industry. When flourishing, it supports other industries and indicates a prospering environment. It also brings people and businesses together by shortening the time to travel and making more of it available for productivity.

Under the government's 13th five-year plan, the total number of airports will reach 260. Several among these will be built in areas that are less developed and from where products have to be quickly transported. Availability of airports will provide the much-needed impetus to such areas' upward mobility.
As local enterprises spread out into the world, the uptake in aviation will facilitate the expansion of their reach. Direct flights to new locations are adding up and offering reliable connectivity to the national workforce.

China's progress in aviation is stimulating global revenues. With its myriad volume, it is enabling aircraft manufacturing companies, airport service providers, travel agencies, financial institutions, and all associated services to diversify and excel. Concurrently, the economic situation of Chinese airlines' international destinations is improving with the hike in travel activity. 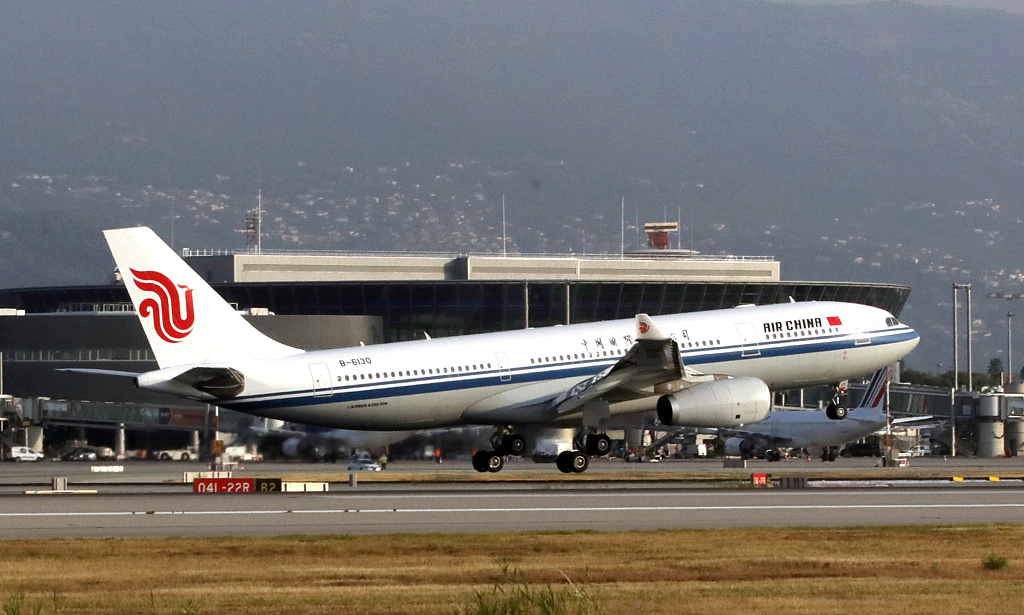 Despite being stable, safe, and efficient, there is still a huge potential for Chinese civil aviation to grow. Goldman Sachs, a multinational investment firm, predicts that Chinese aviation's annual demand growth rate will tower to 12 percent or higher. Likewise, the International Air Transport Association (IATA) regards the efforts in planning, infrastructure construction, and fleet upgrade as the source of gains in the sector.

Almost 1 billion Chinese have never traveled by air. Current GDP rates illustrate that these people will very shortly seek a faster commute. Airlines and airport capacities will have to continuously match the need.

A niche area which also holds an incredible potential is the commercial helicopter sector. According to the helicopter manufacturer Bell, the number of turboshaft-engine helicopters in China is under 700, whereas in the United States it is around 10,000. With requirements rising from emergency services, corporate clients, and tourists, more local and foreign manufacturing entities would avail themselves of this opening.

China has come a long way in modernizing its aviation economy. Perceiving the opportunities and challenges, CAAC came up with an action plan last December to make China's civil aviation one of the best in the world. By 2035, it will be leading in air transportation and housing the most competitive airlines and highly efficient hubs.

In the subsequent 15 years up to 2050, the aim is to make China a leader in competitiveness, management, and development through integrated services with full capability to participate in international civil aviation management