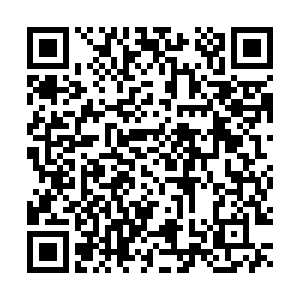 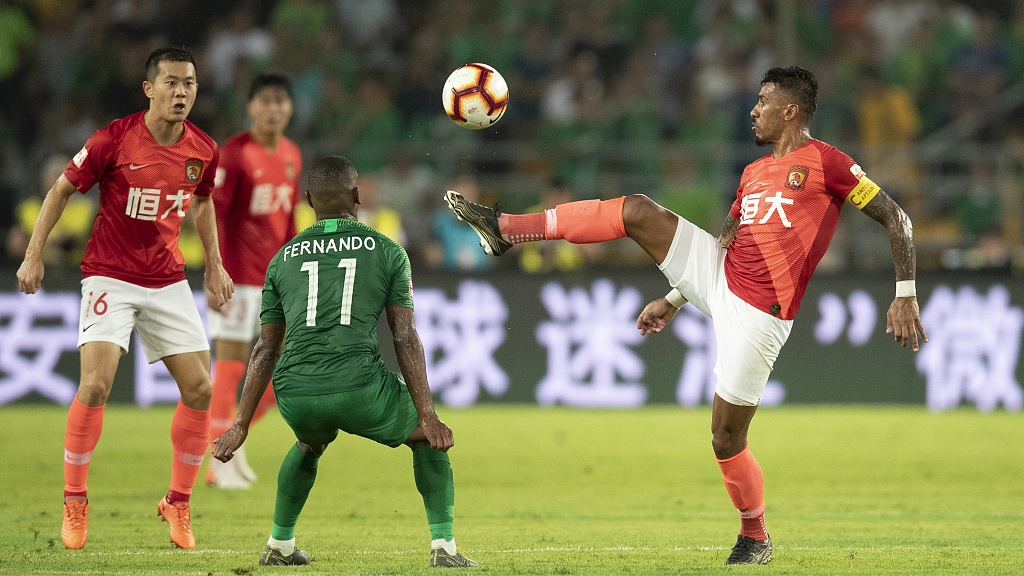 Now the title race is starting to feel like a procession, and the ecstatic Guangzhou Evergrande fans did not attempt to curb their outright exultation. Chants of 'We are the champions' emanated from the away end within minutes of Elkeson's historic goal at the Beijing Workers' Stadium.

The 30-year-old Brazilian striker, who is in the process of gaining Chinese citizenship to play for Team China, duly became Chinese Super League's all-time leading scorer after netting his 103rd goal to surpass former Shanghai SIPG talisman Wu Lei's tally on Sunday. But the bigger picture is that Fabio Cannavaro's scintillating side opened a seven-point gap at the top of the table after demolishing second-placed Beijing Guoan 3-1 on a breezy night.

What conclusion can be drawn after this emphatic statement of intent from the CSL's runaway leaders? Despite hastily bringing in ex-Lyon coach Bruno Genesio to replace Roger Schmidt, who was unceremoniously ditched following a poor run of results, Guoan had still been out-played, out-classed and our-maneuvered all over the pitch with their biggest names, Renato Augusto and Cedric Bakambu, content to let the biggest game of the domestic campaign slide by as their title bid went up in flames. 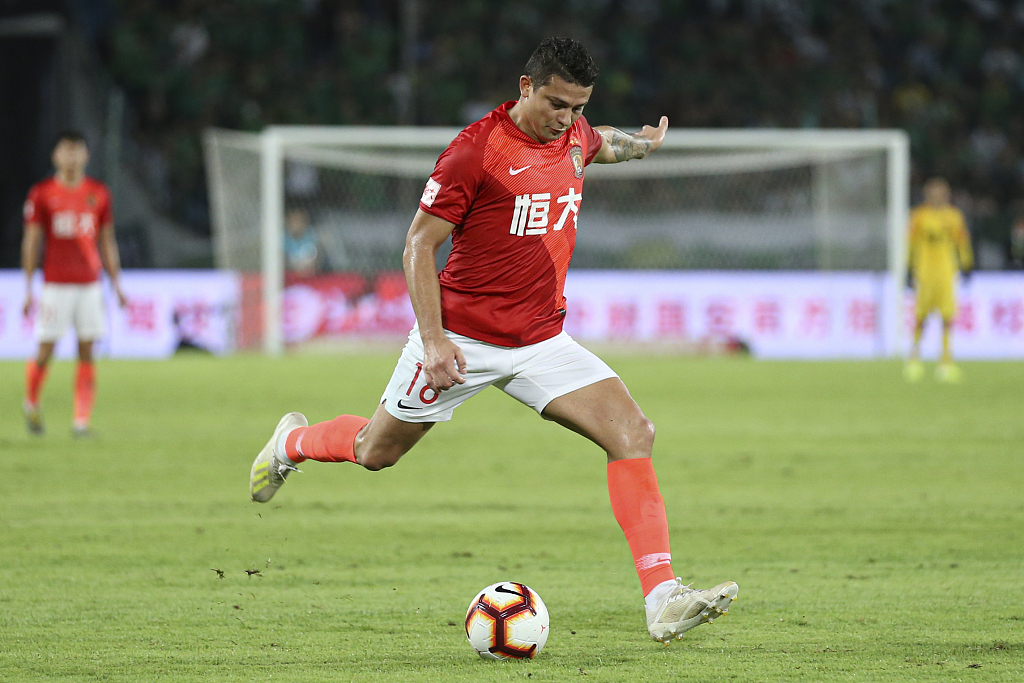 This was peak Evergrande, one in which they restricted a title rival to scant chances and dictated the tempo of the game expertly that has become the trademark of the seven-time champions. Exuding flair and panache in abundance, Cannavaro's men have now equaled the CSL record for consecutive wins with their 13th straight success, matching Shandong Luneng's phenomenal winning run in 2006.

In sharp contrast, this was a harrowing evening for Guoan, whose 12-game home winning streak came to an ignominious end. The ever-reliable Augusto has rarely been so peripheral and the game became a personal ordeal for Liu Huan, who was constantly caught badly out of position and was culpable for all of Evergrande's three goals.
The hapless left back's galling shortcomings were brutally exposed with him inexplicably heading the ball straight into the path of Paulinho that led to the opening goal, which stripped Guoan of their early composure and ultimately handed the initiative to Evergrande.

Liu also played a direct role in Evergrande's second when the ball deflected off his body before falling kindly to the feet of Elkeson, who gratefully tucked the ball in from inside the penalty area. It proved the cue for Guoan supporters to pelt the pitch with plastic bottles and garbage. It was a sorry sight for a showcase game that broke the Workers' Stadium's attendance record with 57,096 spectators. Evergrande players even had to dodge flying objects as they sprinted over to the corner flag to celebrate. 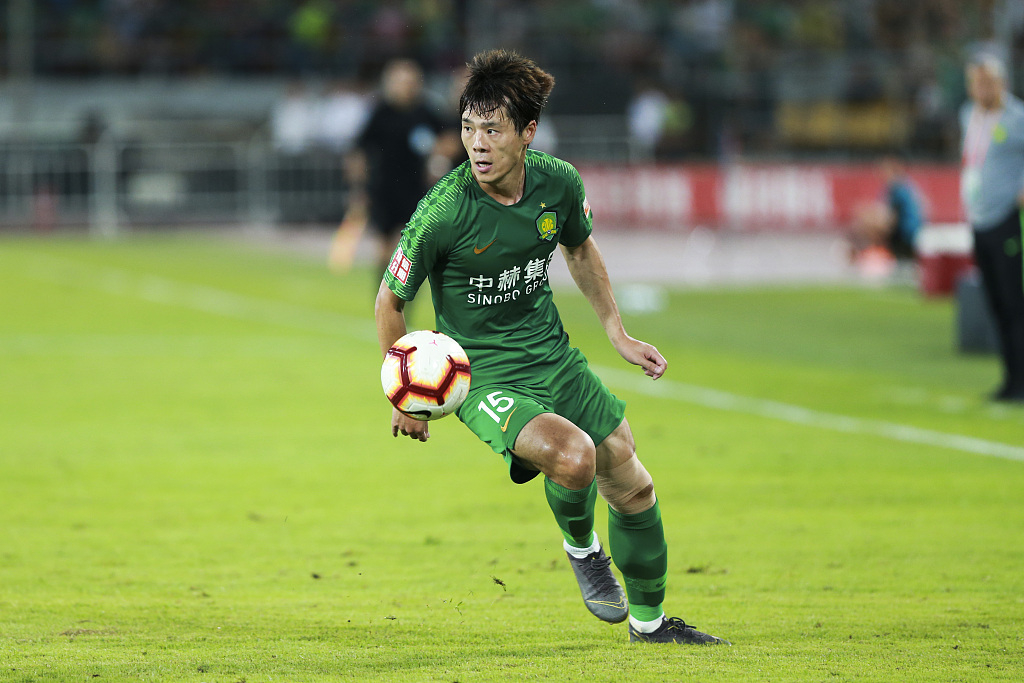 Beijing Guoan's Liu Huan is culpable for all of Guangzhou Evergrande's three goals at the Workers' Stadium, October 11, 2019. /VCG Photo

Beijing Guoan's Liu Huan is culpable for all of Guangzhou Evergrande's three goals at the Workers' Stadium, October 11, 2019. /VCG Photo

The home fans' deplorable misbehavior further darken the mood for those green-shirted players. And conceding a third less than ten minutes later was indicative of the sloppiness that undermined Guoan's display, as Yang Liyu effortlessly brushed off Liu's lackadaisical attempt to stop him from scoring and simply compounded the capital club's unendurable misery.
Genesio, who was hired in the hope that he will propel Guoan to secure their first league title since 2009, struggled to come to terms with this sucker punch. "We did great in the first half, but the team was unable to cope with that level of intensity and energy after the interval, which was very unfortunate for us," he told a post-match press conference.

The French tactician also pointedly declined to single out Liu Huan for blame when asked to offer his take on the defender's nightmarish outing. "Liu has conducted himself quite well in training. And it is worth noting that he has just recovered from an injury."

Genesio's counterpart Cannavaro, on the other hand, praised Evergrande's bravura performance throughout this much-anticipated title-decider and placed emphasis on all players' contribution to this merciless drubbing. 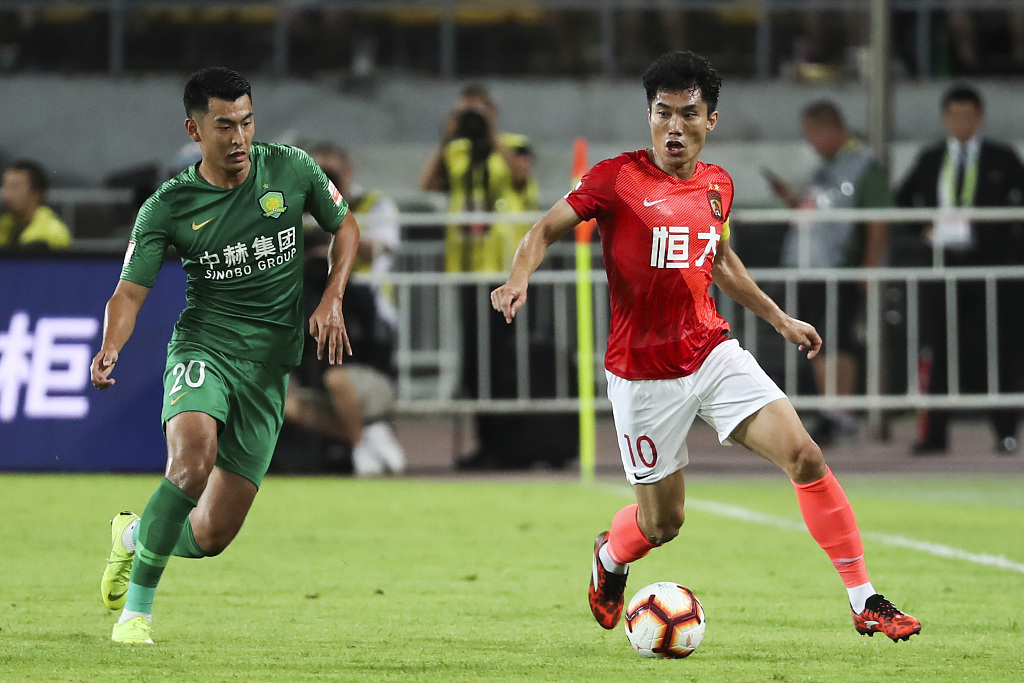 Guangzhou Evergrande's Zheng Zhi (R) is amongst the top performers against Beijing Guoan at the Workers' Stadium, October 11, 2019. /VCG Photo

Guangzhou Evergrande's Zheng Zhi (R) is amongst the top performers against Beijing Guoan at the Workers' Stadium, October 11, 2019. /VCG Photo

"I want to express my gratitude to each and every player, including veterans such as Gao Lin and Zeng Cheng who sat on the bench for the entire game. They did exactly what I instructed them to do and I really appreciated their input and efforts."

There's no denying that exceptional Evergrande players were peppered across the pitch on Sunday. Park Ji-soo and Gao Zhunyi were nearly flawless at the back, Huang Bowen screened the defense in exemplary fashion, while Paulinho combined all-encompassing athleticism with a resourceful control of the ball. Elkeson demonstrated why Marcello Lippi's under-achieving China side take quite a shine to him, and fullbacks Deng Hanwen and Zhang Linpeng showed they could be tough to deal with for any accomplished team.

Cannavaro's trump card, though, was a 39-years-old skipper. Zheng Zhi was thrown into the fray after Yan Dinghao abruptly came off injured at the end of the first period. The forced substitution turned out to be a blessing in disguise as the seasoned Zheng reminded us all of his unrivaled credentials by immediately injecting Evergrande with the organization, vigor and concentration they had been missing in the early stages of the fiery encounter.

"Zheng Zhi is an example for everyone. His impact on the game when he came off the bench is for all to see," swooned Cannavaro who didn't bother hiding his admiration for the ageless star. 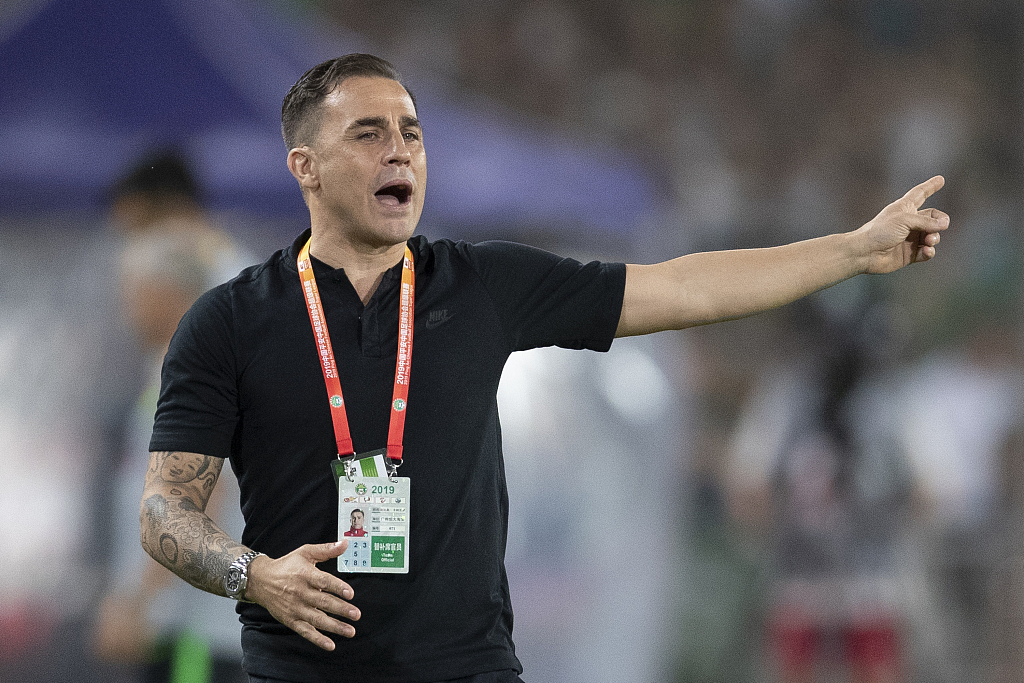 There are still four months to go, yet it is increasingly difficult to see even a flicker of hope for teams that are playing catch-up. The most sensible question for Guoan now is not whether they can make up the vast gap to Evergrande, but if they dare to avoid a meltdown.

Cannavaro was streetwise enough to play down the growing excitement among Evergrande supporters over the possibility of winning their eighth CSL title at a canter. "The league isn't over yet, and there are more hard games ahead. I admit we have an advantage, and we have to find a way to make sure we maintain this lead."

At least one thing's for sure, as long as the trophy is not in the bag, Evergrande won't take their foot off the gas.