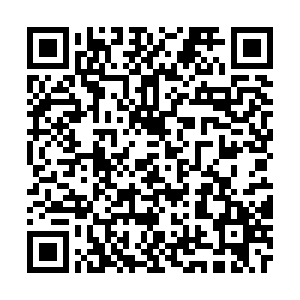 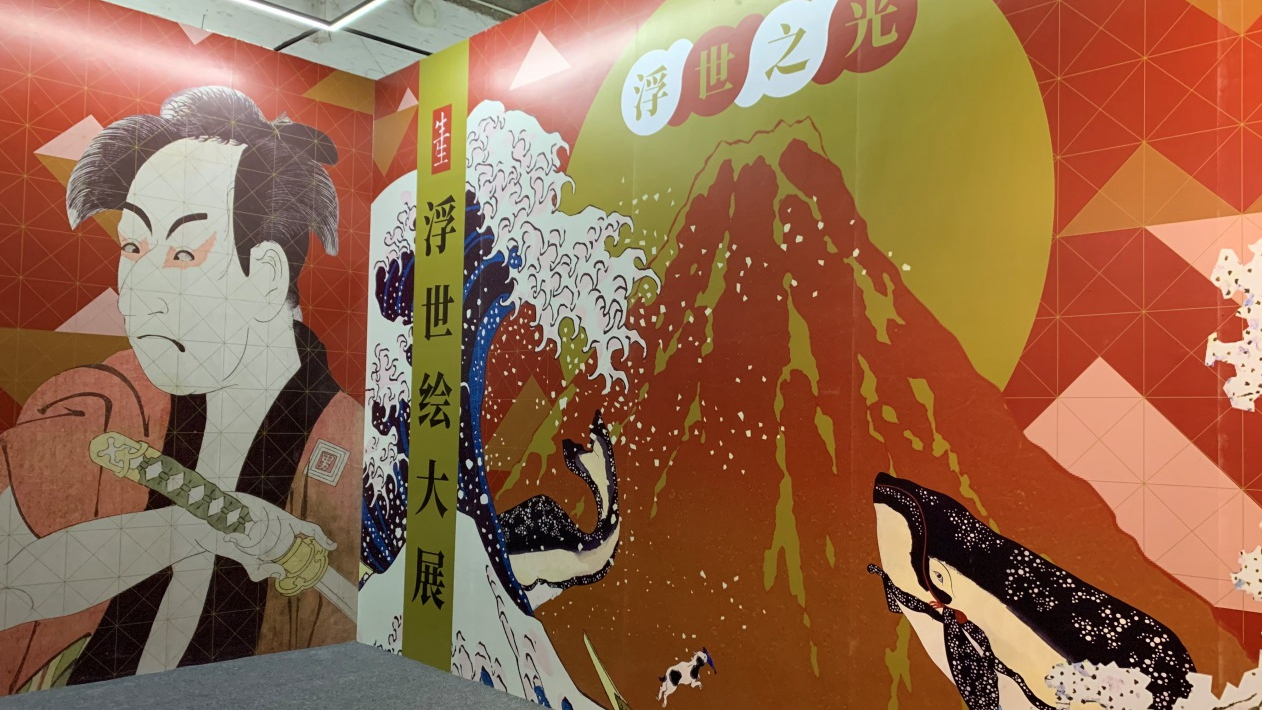 At the entrance of the exhibition. /CGTN Photo

At the entrance of the exhibition. /CGTN Photo

The works of masters like Katsushika Hokusai, Utagawa Kuniyoshi and Ando Hiroshige are among the most coveted Ukiyo-e woodblock on display. Works from the beginnings of the movement all the way through its heyday, decline and revival are presented.

Ukiyo-e woodblock prints first appeared in Japan during the Edo Period in the 17th Century. Flashy kabuki actors and stylish courtesans were the most popular subjects. Later artists depicted scenes from nature, with works like Hokusai's 36 Views of Mount Fuji among the most recognizable. Ukiyo-e prints also played their part in the development of Western art in the late 19th century, influencing artists including Van Gogh, Monet, Degas and Klimt.

Dong Bingyue of the Literature Institute, Chinese Academy of Social Sciences, who has been researching Japanese culture and philosophy for decades, explains the cultural link between China and Japan behind Ukiyo-e. 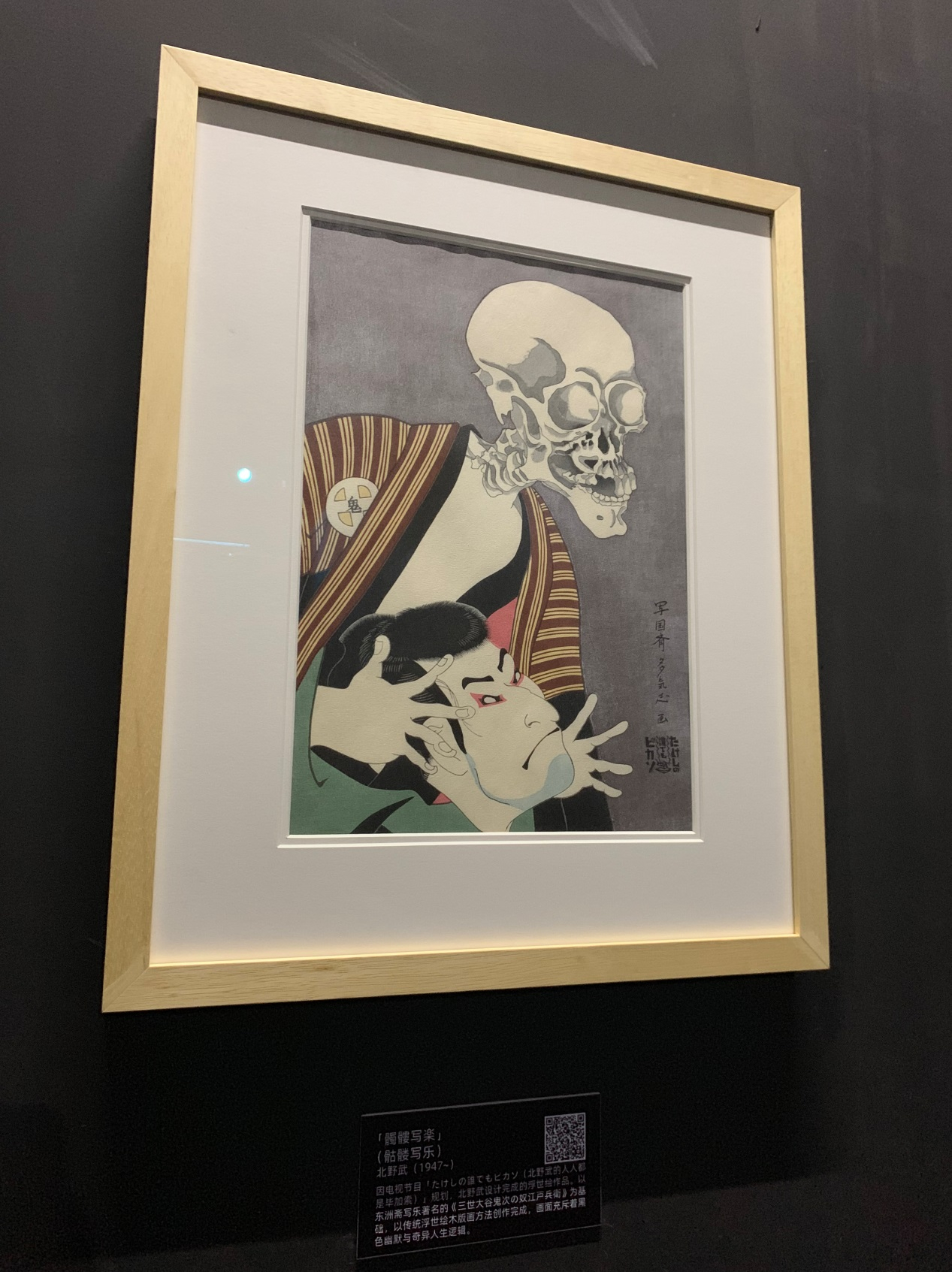 "Ukiyo-e has a close relationship with China. The woodblock printing technique originated in China, where it was used to make Chinese New Year prints. Many Ukiyo-e themes are about China, such as Tang Dynasty poems, fairy tales, literature works, and moral principles. I would say that Ukiyo-e is a combination of Japanese and Chinese cultures," Dong said.

Although the artworks were created through cooperation between artist, publisher, woodblock carver and printer, the honor they brought usually goes to the artist and publisher only.

Yukiko Takahashi, chairwoman of Tokyo Traditional Woodblock Print Craft Association, is the sixth-generation owner of Takahashi Atelier, one of the most prestigious Ukiyo-e woodblock print workshops in Japan. She provides an elaborate introduction of the time-honored art form, and even brings a printer to perform the working process. 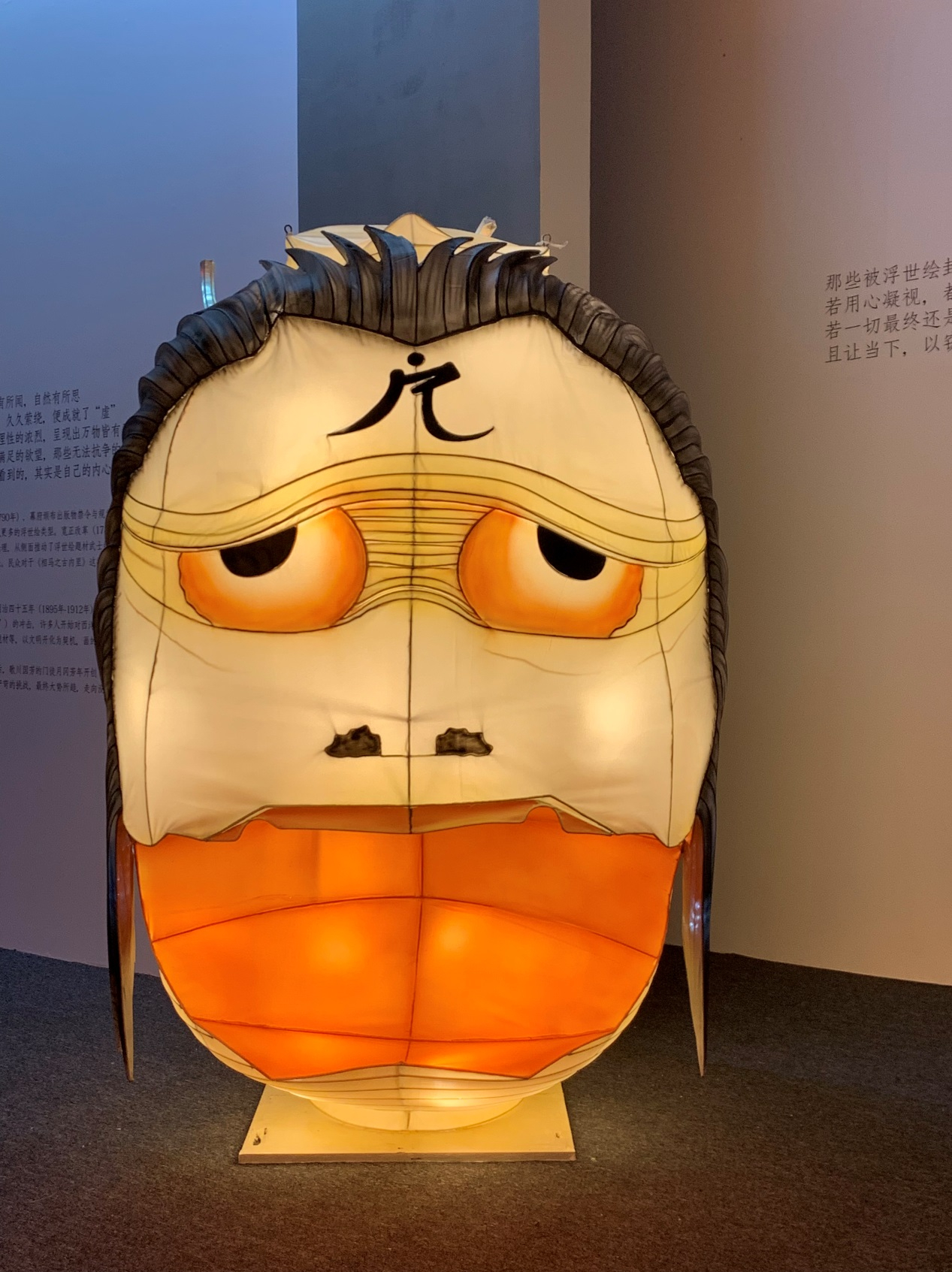 Although the golden age of Ukiyo-e has long since passed, some are still working to keep the art form alive.

"My family's atelier was founded 160 years ago and flourished during the Edo Period. But the business had declined since the Meiji Restoration because printmaking was made faster with machines. It was a long cold winter until the late 20th century when Ukiyo-e regained global attention. Exhibitions were held around the world and tourists purchased them as souvenirs. Now we are dedicated to reprinting old masterpieces while cooperating with modern and contemporary artists," Yukiko said.

We don't have a time machine but thanks to new technology, we are able to explore the Edo period and the streets from hundreds of years ago.

Visitors to the exhibition, which runs until October 13, are welcome to try woodblock printing, indigo dyeing and flower arranging, and can even make their own Ukiyo-e prints.