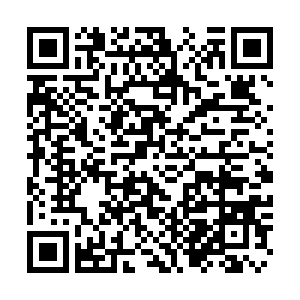 The Chinese mainland and Hong Kong Special Administrative Region (HKSAR) are providing a new lease of protection to the world’s most trafficked mammal—pangolins.

While the Chinese mainland intends to enhance the protection status of the animal, Hong Kong residents are demanding an end to the use of pangolin scales in traditional medicines.

More than two-thirds of HKSAR residents showed strong inclination to phase out the use of pangolin scales in Traditional Chinese Medicine (TCM), according to a survey by Hong Kong University and WildAid released at the 18th Consortium for Globalization of Chinese Medicine Meeting, Shanghai on Friday.

“There are sustainable herbal alternatives in traditional medicine and the public seems supportive in shifting away from the use of scales in TCM,” said Peter Knights, CEO of WildAid.

A whopping 96 percent of respondents agreed that “endangered animal species should be protected." Around 85 percent agreed that “Chinese medicine should phase out the use of endangered wildlife species whilst promoting sustainable and herbal alternatives.”

“As a member of the Traditional Chinese Medicine community, I support removing endangered wildlife from medicine,” said Professor Lao Lixing, Director of the School of Chinese Medicine at Hong Kong University who prepared the survey’s result.

Despite the Convention on International Trade in Endangered Species of Wild Fauna and Flora (CITES), a global wildlife trade regulator, banning the international trade of pangolin scales and meat, the illegal trade still flourishes.

Concerned over the uncontrolled poaching, the International Union for Conservation of Nature (IUCN) declared all eight pangolin species as threatened by extinction.

Pangolin protection level to be upgraded

In order to revive the declining pangolin population because of habitat loss and rampant poaching, China is planning to upgrade the animal’s protection status, Xinhua reported.

“It is hard to come across wild pangolins,” said Wu Zhimin, head of the wildlife conservation department of the National Forestry and Grassland Administration at a meeting in Changsha in central China.

In China, pangolins are protected under the class-two of state wildlife protection law that bans the animal’s hunting.  The country also banned the import of pangolin and its products in 2018. According to Wu, plans are afoot to move the protection level of the animal to class-one.

As a part of the initiative, an intelligence input by the China Customs helped in a record seizure of 8.8 tons of ivory and 11.9 tons of pangolin scales in Singapore last month.

“China’s consideration of further restrictions on commercial use of pangolins could be a game-changer for the most heavily trafficked wild mammal in the world,” Knights added.