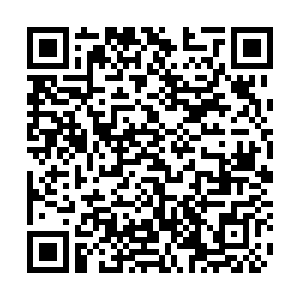 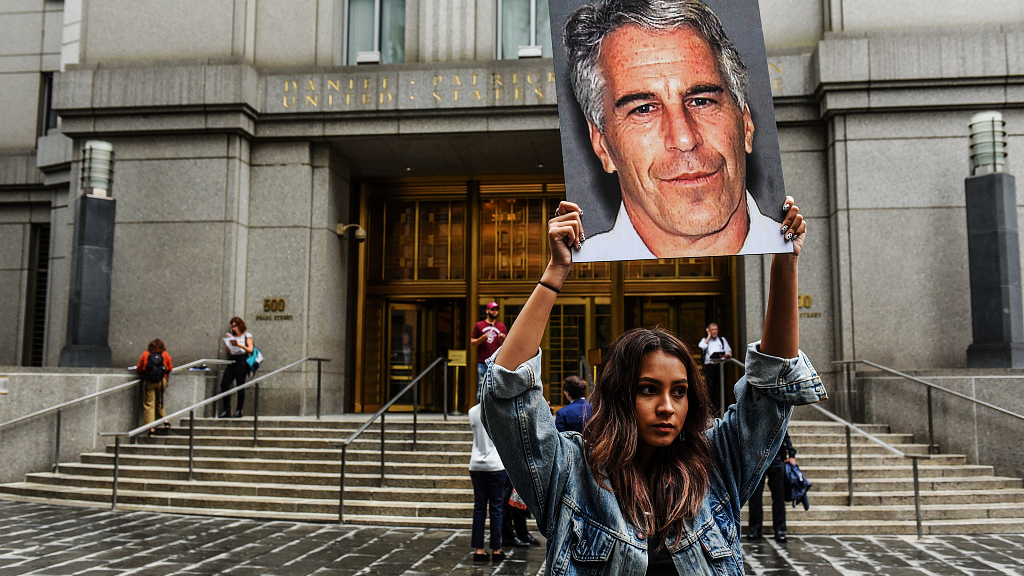 Editor's note: Tom Fowdy is a British political and international relations analyst and a graduate of Durham and Oxford universities. He writes on topics pertaining to China, the DPRK, Britain, and the United States. The article reflects the author's opinion, and not necessarily the views of CGTN.

On Saturday around 6.30 a.m., U.S. financier Jeffrey Epstein was found dead in his prison cell. He was reported to have committed suicide by hanging, having been taken off suicide watch for several days after what was purported to be a previous attempt to take his own life several weeks earlier. The former multimillionaire financier was awaiting trial for child sex trafficking charges.

In hearing the news of his passing, unsurprisingly very few tears were shed. However, audiences around the world expressed disbelief at the events. Across social media, few seemed to accept the account of his demise. Instead, the internet was rife with profound speculations that his passing was instead an orchestrated move inseparably connected to his well-known ties with the "rich and powerful," including President Trump and former presidents of the United States. 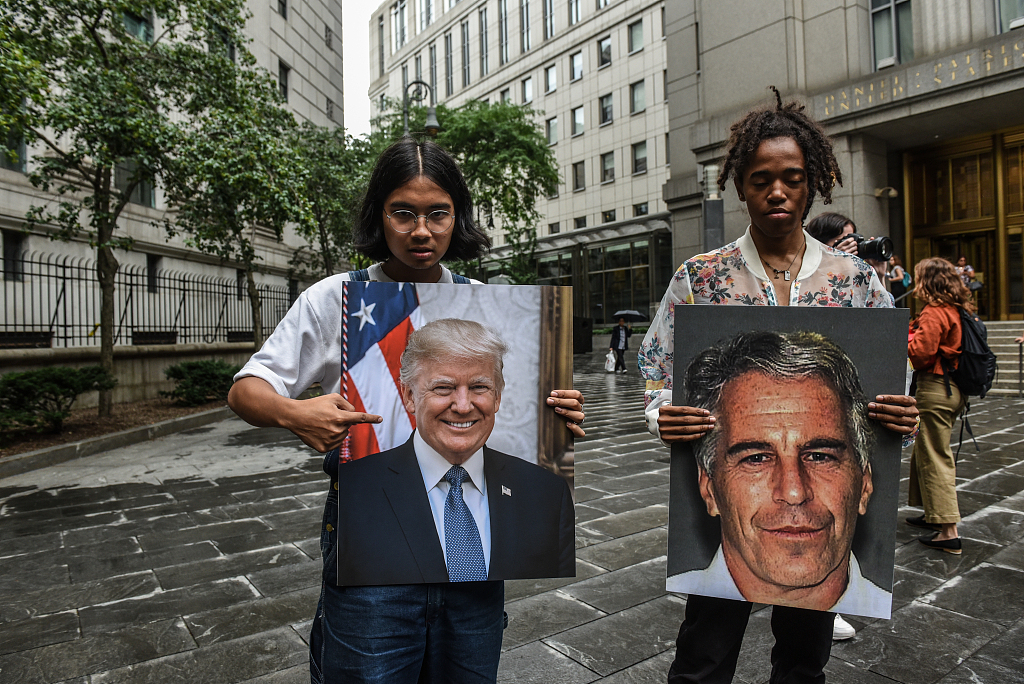 For as his trial was commencing, the case saw the release of documents which linked other members of the "elite society" to unorthodox and questionable activities, including that of Queen Elizabeth's second son Prince Andrew of York. Thus, the sentiment that Epstein had been "silenced" is now rife; for many, it just seemed impossible for it to be a coincidence.

But what does this reveal to us? Despite the fact we have relatively little evidence about what has and hasn't actually happened, his death exposes a burning distrust and cynicism of elite society from ordinary people. With the English-speaking West dogged by inequality and political disillusionment, it is perceived widely and unquestionably that those who rule above are up to no good and cannot be trusted.

Those in power are deemed to abuse it to their own gain and can never act for the greater good of society. As a result, what we understand as "conspiracy theories" involving the famous and wealthy, with varying degrees of truth, have gained immense social capital in such an environment, thriving upon the anxieties, anger and failures of the establishment.

What is a conspiracy theory? It might be described most aptly as an unusual or fringe accounting of events which are not accepted by mainstream narratives or supported by available evidence. In essence, it is an alternative explanation for phenomena and goes beyond the pale. Sometimes these theories get a bad press. They are often associated with crazy people; some clearly deserve it, but not all of them. What might we constitute as one? For example, while Princess Diana of Wales died in a car crash in 1997, a conspiracy theory may serve to speculate that her death was an assassination. 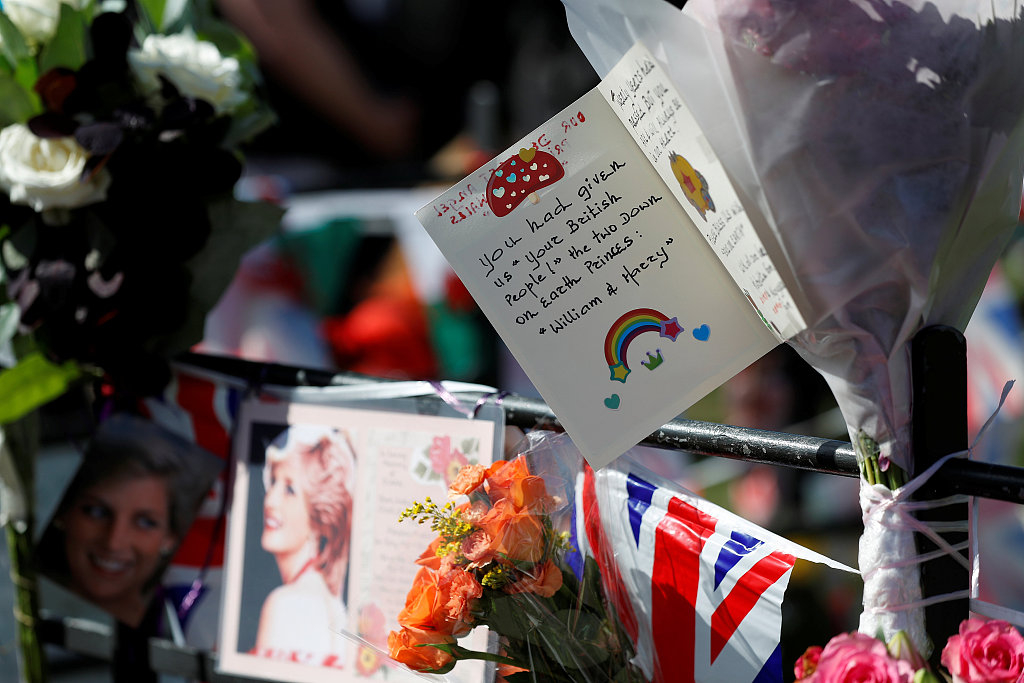 Flowers and tributes are left in memory of the late Princess Diana at the gates of her former residence Kensington Palace in London, Britain, August 31, 2017. /VCG Photo

Flowers and tributes are left in memory of the late Princess Diana at the gates of her former residence Kensington Palace in London, Britain, August 31, 2017. /VCG Photo

Either way, one element that all conspiracy theories have in common is as follows: They are all built upon a set of psychological and social assumptions stemming from a severe distrust of established authority, as well as deep cleavages in society between groups. All conspiracy theories tend to reject conventional accounts of significant events because they believe that those in charge are effectively lying to the public and concealing the truth. There is no theory which is not built upon a premise that is trying to reveal or "expose" information which secretive elite of some kind is trying to hide.

This means such theories are at heart, inherently political. They thrive upon political disillusionment and anger at a given political system, perpetuated by inequality and negligent decision making. As a result, the death of Jeffrey Epstein was rife turf for "conspiracy theories" in the light that owing to his position, his connections and the unforetold extent of his crimes, it seemed impossible to be a sheer coincidence. People look at him, and his apparent connections to the elite of the Western world and his own actions become a particular confirmation bias to their most deeply held suspicions and disillusionments concerning "what his kind do." Given this, the idea that Epstein could have been "assassinated" to avoid leaking secrets pertaining to those around him becomes a highly rational conclusion.

Thus, the reactions to his death reveal the longstanding political and social problems dominant in the English-speaking West: that they are divided, unequal, and people themselves have little trust, confidence or admiration for those who are in authority. Instead of being viewed as exemplars, leaders and role models, such divisions create rife disillusionment, anger and the manifestation of cynical, speculative thinking which perceives authorities as secretive, morally void and predatory monsters – but ultimately, who could be a more realistic example of that than Epstein himself and his heinous activities?