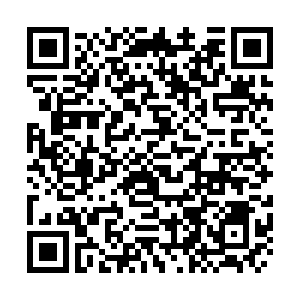 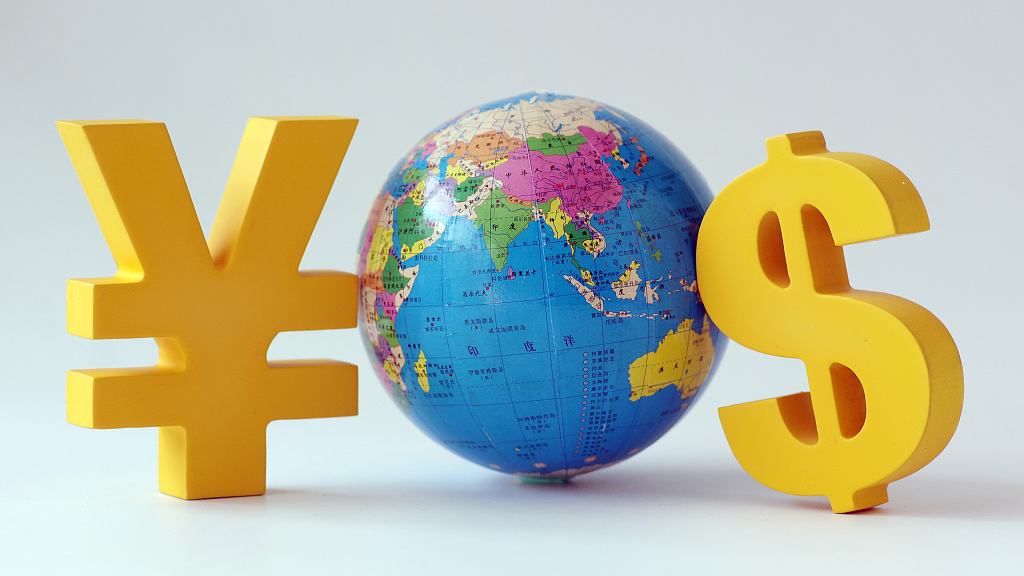 Editor's note: Zhao Minghao is a senior research fellow at the Charhar Institute and an adjunct fellow at the Chongyang Institute for Financial Studies at Renmin University of China. The article reflects the author's opinions, and not necessarily the views of CGTN.

On August 9, the International Monetary Fund (IMF) released a report saying that the renminbi (RMB) is not being significantly undervalued or overvalued, and a more flexible exchange rate will provide greater room to solve China's domestic problems. This statement is bound to disappoint the Trump administration. The U.S. Treasury Department, which labeled China as a "currency manipulator," had originally hoped to seek backing from the IMF.

The Trump administration's decision to designate China as a "currency manipulator" has been widely criticized, even ridiculed. Due to his erroneous understanding of trade deficit, Trump has always been viewed as lacking common sense on trade. Now, he has proved to be having a chaotic logic on the currency issue.

Recently, Trump has frequently criticized the Federal Reserve and Chairman Jerome Powell on Twitter. He believes that a strong dollar damages the competitiveness of U.S. exporters, and the reason for the strong dollar is that the Fed does not cut interest rate. After Trump asked the Treasury Department to declare China a "currency manipulator," he wrote on Twitter that "massive amounts of money from China and other parts of the world is pouring into the United States" and boasted that it's "a beautiful thing to watch." Anyone with a little knowledge of economics knows that a large influx of money into the United States will only further push the dollar up. 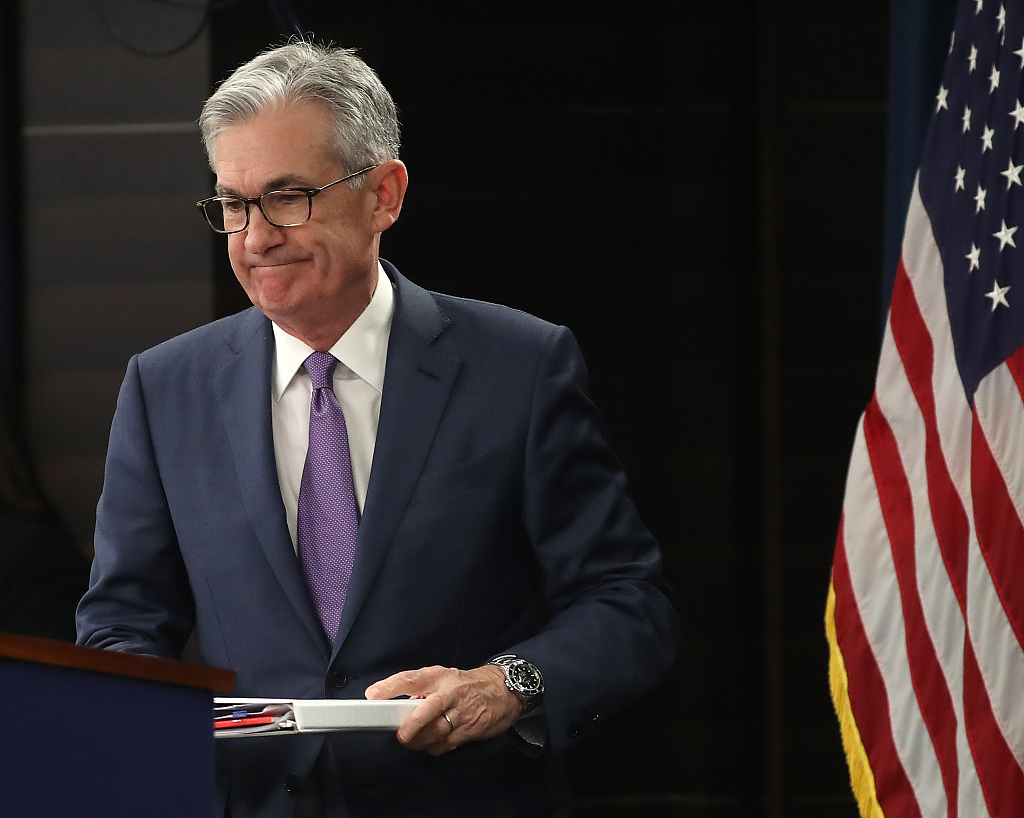 Federal Reserve Chairman Jerome Powell speaking to the press and announcing that the Fed has decided to cut interest rates by a quarter of a point on July 31, 2019 in Washington D.C. /VCG Photo

Federal Reserve Chairman Jerome Powell speaking to the press and announcing that the Fed has decided to cut interest rates by a quarter of a point on July 31, 2019 in Washington D.C. /VCG Photo

From China's perspective, if the Chinese government allows the RMB to depreciate amid the slowing down of GDP growth, this will only lead to an accelerated outflow of capital and a selloff of RMB-denominated assets. In fact, Beijing is soberly aware that if economic fundamentals are not improving, excessive intervention in foreign exchange market will only make the situation worse. The RMB-to-dollar exchange rate breaking through "seven" is only a reflection of sentiment in the current market. It's more symbolic than substantial.

Paradoxically, it is precisely because of the imposition of tariffs on China that has led to the reduced foreign exchange market’s demand for RMB, and channeled capital flows to safe-haven assets such as the dollar, resulting in the its appreciation. As former Fed Chair Janet Yellen said:"The United States isn't an island. We're part of the global economy. What happens in the rest of the world — in Europe, in Asia — affects the United States." However, Trump and his hawkish trade advisors such as Peter Navarro didn't understand or pretended to not understand this simple fact.

As for the absurdity of Trump administration's international economic policy, Nobel laureate Paul Krugman mercilessly mocked that his administration has been steadily hemorrhaging people who know anything about economics, and reports indicate that Trump isn't even listening to the band of ignoramuses he has left.

So, how to make sense of Trump’s absurd decisions? The White House may be brooding more aggressive moves on its China policy. Labeling China as a "currency manipulator" is only the first step. What the U.S. wants is to weaken the second largest economy rather than reaching any agreement with it. Trump has previously hinted that the tariffs on the remaining 300 billion dollar of Chinese exports may be raised from 10 percent to 25 percent or higher. However, at a meeting with President Xi Jinping in Osaka, he had promised not to impose new tariffs.

Previously, many Chinese analysts believed that the U.S.'s threat to impose additional tariffs on China is only a strategy to force China to reach a trade agreement. But now, more and more people are beginning to suspect that imposing additional tariffs on Chinese goods exported to the United States may be the ultimate motive of the Trump administration. In addition, the Trump administration has also changed its previous position in selling U.S. products to Huawei. The U.S. Department of Commerce has delayed its decision to issue licenses allowing U.S. companies to resume product supply to the Huawei. The U.S. may further restrict Chinese companies from accessing American products. 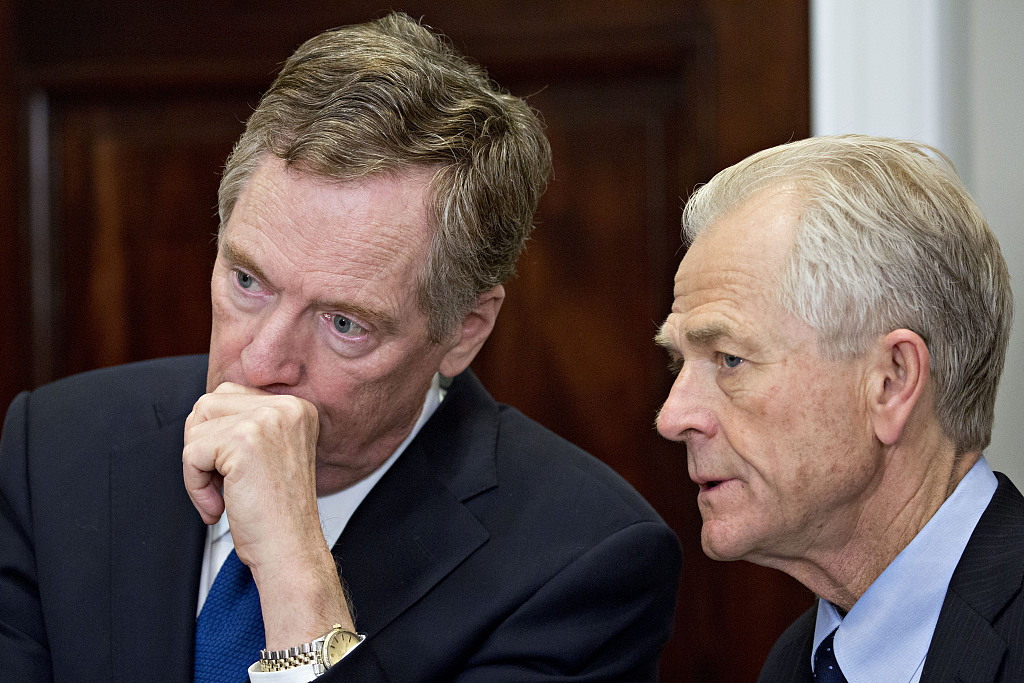 Simply put, whether its imposing new tariffs or weaponizing the exchange rate, it's all part of the Trump administration's overarching plan to put "extreme pressure" on China. The real danger is that the Trump administration is causing the bilateral frictions to spill over from trade to monetary and financial sectors. Under relentless pressure from the White House, the Fed cut interest rate for the first time in nearly 11 years and is likely to continue with more cuts. In response, the four former Chairs of the Federal Reserve on Monday, in a rare joint public statement, called for the U.S. central bank to remain free to work independently and without fear of political reprisals.

Former U.S. Treasury Secretary and former President Emeritus of Harvard University Lawrence H. Summers also criticized the Trump administration's decision to designate China as a "currency manipulator." He warned that in view of the current tense Sino-U.S. relations, the global economy is at its most perilous moment since the 2009 financial crisis, and the risk of global recession is at its highest since 2011.

Apparently, the escalation of trade war provoked by the Trump administration will inevitably have a negative ripple effect beyond Sino-U.S. relations, and will aggravate the global manufacturing downturn. It will further weaken business confidence and undermine consumer optimism. More importantly, other major economies in the world may adopt similar policies to devalue their currencies when they realize that the U.S. is trying to wage a currency war.

In short, Trump's decision has seriously eroded the trust between the United States and China. Chinese analysts tend to think that the U.S. has no sincerity for negotiation, so China needs to prepare for the worst. There is no doubt that China will not be the only one to bear the cost. According to a recent survey by Reuters, nearly 70 percent of economists said the latest developments had brought the next U.S. recession closer.