Who's 'mucking about' in Hong Kong, and why?
William Jones 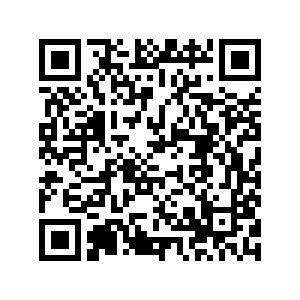 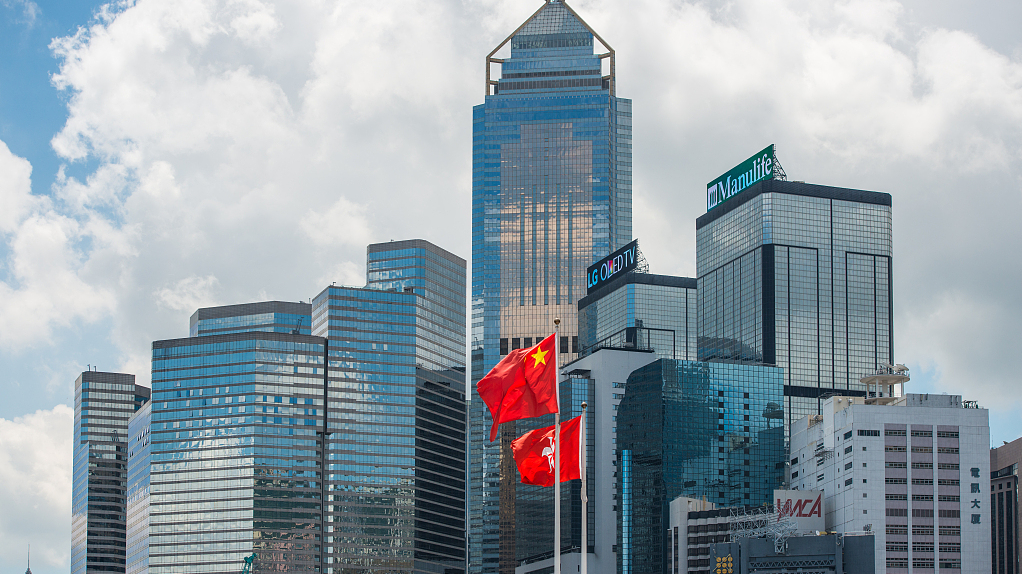 Editor's note: William Jones is the Washington Bureau Chief for Executive Intelligence Review and a non-resident fellow of the Chongyang Institute for Financial Studies at Renmin University. The article reflects the author's opinions, and not necessarily the views of CGTN.

The world has been taken by surprise by the violence and the duration of the ongoing turbulence in Hong Kong. While demonstrations in Hong Kong do occur on occasions, the violent eruptions coming out of this demonstration was unexpected. However, it is probably not "spontaneous."

The demonstration began in opposition to Hong Kong Chief Executive Carrie Lam's introduction of the fugitive bill. Lam, in the face of public outcry, tabled the measure and said the bill is "dead." However, the demonstration continued, demanding that Lam resigns. Then it turned violent. There were attacks on Hong Kong's Legislative Council and the central government's liaison office. At that point, the smell of "ulterior motives" had become more and more evident.

As all this were developing in the region, there began a "drumbeat" from certain international actors, calling for an end to "police violence" against the demonstrators. Though Hong Kong police strictly refrained from resorting to violent measures against protesters, these actors continued their harangue. Beginning with the Brits (who else?), who are still nostalgic about the loss of their Far East colony. The aging Chris Patten, the last British Governor of Hong Kong, came out of retirement in support of the demonstrators. And then Foreign Secretary Jeremy Hunt weighed in by saying that China could face "serious consequences" if the "crackdown" continued. 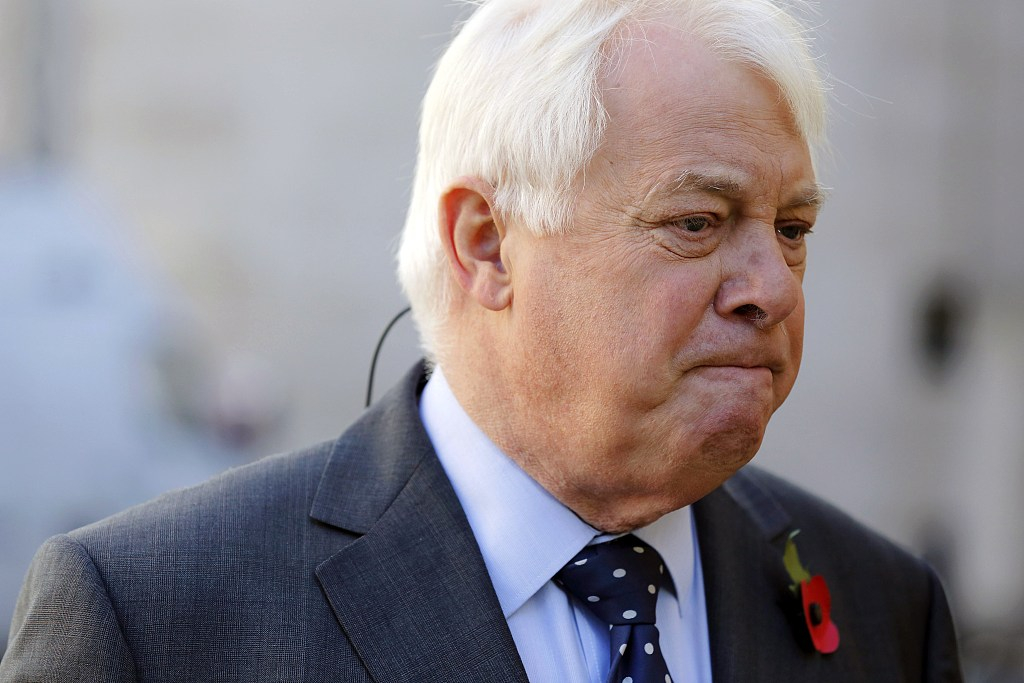 Chris Patten, the last British Governor of Hong Kong, came out of his retirement to voice his support for the demonstrators in Hong Kong. /VCG Photo

Chris Patten, the last British Governor of Hong Kong, came out of his retirement to voice his support for the demonstrators in Hong Kong. /VCG Photo

Meanwhile, in Washington, D.C., Secretary of State Mike Pompeo and Vice President Mike Pence, disregarding President Trump's explicit instructions not to make an issue out of the Hong Kong events, met with the leading figure in the opposition. And in a press conference in India, Pompeo, somewhat pompously claimed that he hoped the demonstrations "remain peaceful."

But, the "peaceful" demonstrators were running amok and wreaking havoc in Hong Kong. And when Chinese Foreign Ministry Spokesperson Hua Chunying drew the obvious conclusions that this was the "work" of the U.S., the State Department protested with much vigor and vim, calling such a claim "ridiculous."

And then a week later, Julie Eadeh, the political counselor at the Hong Kong Consulate was caught on camera in conversation with "independence" activists Joshua Wong and Nathan Law. The topics Wong discussed with her seemed to be the pending legislation in the U.S. Congress "the Hong Kong Human Rights and Democracy Act of 2019," which would effectively make the U.S. Congress something of a "monitoring entity" for human rights in Hong Kong, and an appeal by the activists to prevent the sales of equipment to Hong Kong police. 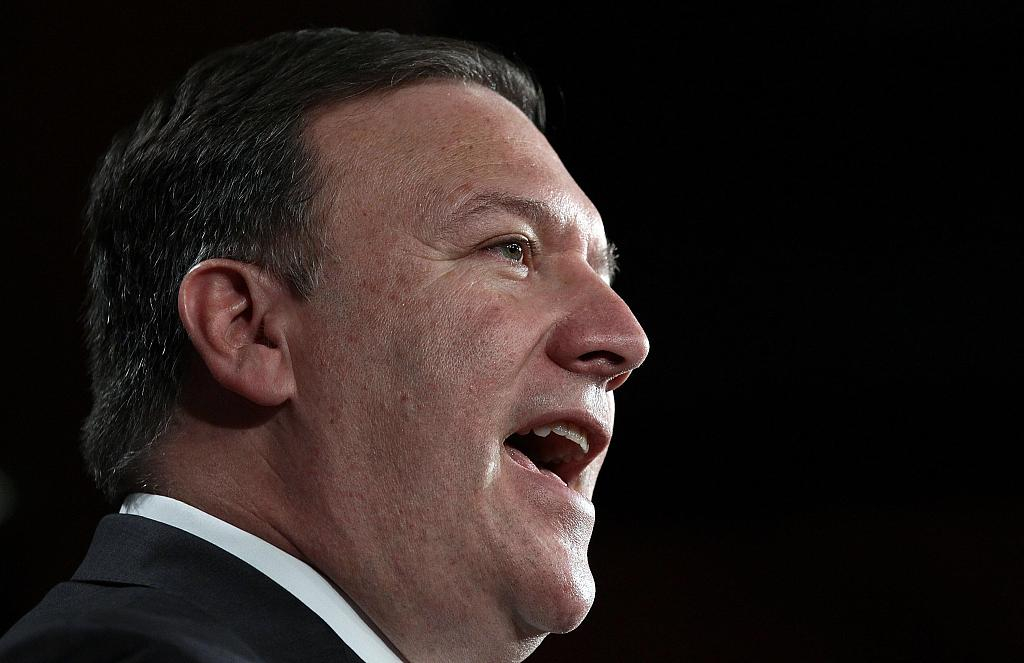 But there is more going on that deserve clarification. In particular, financing the groups involved in violence plays a major role in their promotion. We know that there is a good deal of money being filtered through the National Endowment of Democracy into some of these opposition groups in Hong Kong. But why is there such a "drumbeat" from the U.S. Congress and from officials in the Trump Administration to encourage the destabilization of a major financial center?

With the growing strength of the Chinese economy and the subsequent enhanced role it is playing on the international scene, not least of all with its successful Belt and Road Initiative, certain U.S. political elites are working overtime in attempting to take China down a notch by finding "strategic flanks" to attack it. And Hong Kong is one of those flanks. Hong Kong is envisioned to play a major role in the development of China's Greater Bay Area project, which would become one of the most important production centers of the world. Hong Kong, as an international financial center, can also provide access to international capital for the financing of projects connected to the Belt and Road Initiative. Fomenting unrest in this former British colony could prevent that from happening, and consequently could also destroy the livelihood of the people of Hong Kong. There is little doubt that the backers of these operations hope the sight of these demonstrations would destabilize the country.

This demented logic serves no one's interests, not even that of the United States or of the American people. And President Trump's failure to see the real possibilities he has by cooperating with China has allowed the hawkish elements in his cabinet to hijack his agenda. They have succeeded in creating a major trade dispute with China, and are now "mucking about" in China's core interests. Unless these elements are brought under control, they could light a fire that will be difficult to extinguish.