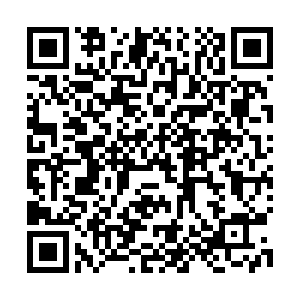 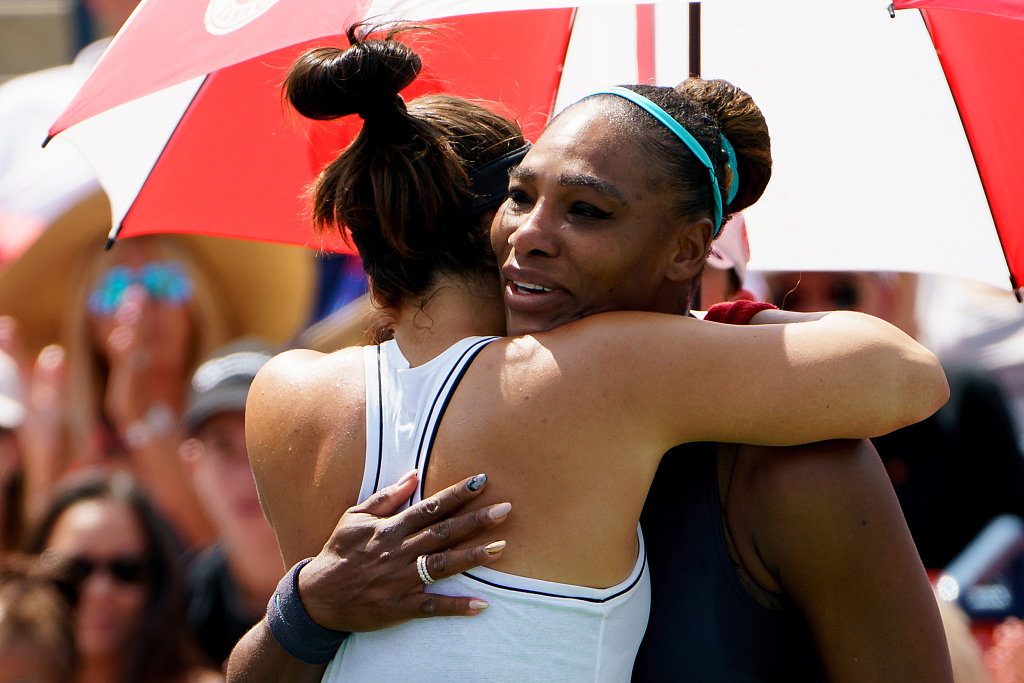 Rogers Cup, also known as the Canadian Open or Canada Masters, did not fail to impress tennis fans in both women's and men's matches this year.

The match results favored the young and veteran players differently, just like women's and men's outdoor hard-court matches, both from August 5 to 11, were held in Toronto and Montreal, respectively.

Serena Williams withdrew from the match to hand the women's crown to 19-year-old Bianca Andreescu, the first Canadian to win a Toronto title since 1969.

Unlike Williams in Toronto, veteran Rafael Nadal retained his Montreal title to secure his 35th Masters crown, pulling clear by two in that category from Novak Djokovic, who has won 33 of the elite tournaments.

And both winners, Nadal and Andreescu, announced to withdraw from the Cincinnati Masters from August 11 to 18 to better prepare for the U.S. Open. 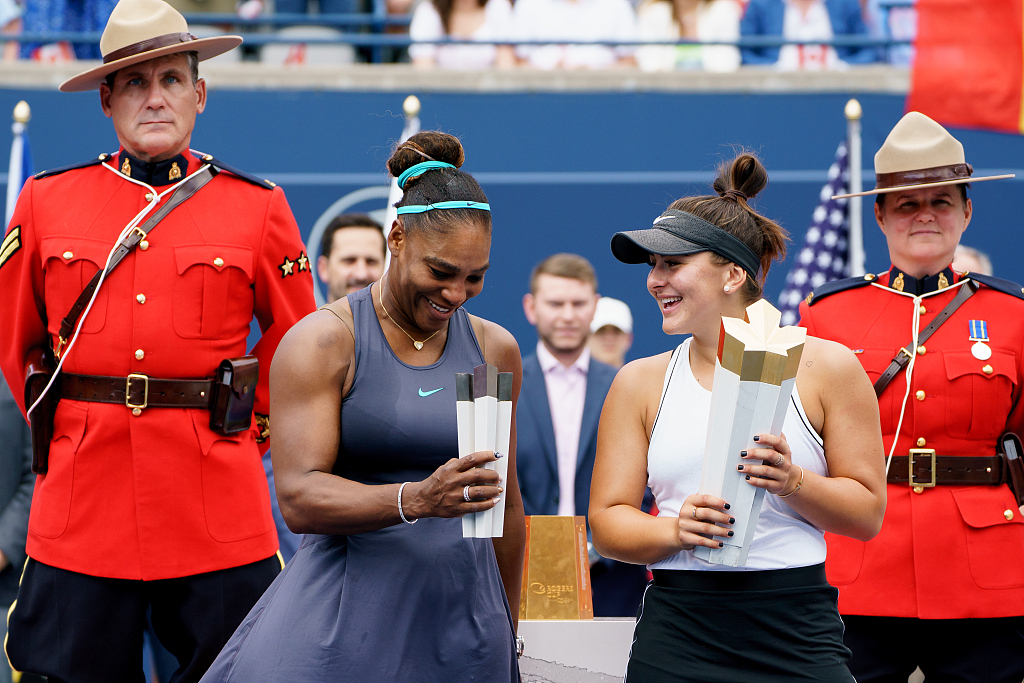 Andreescu, 19, was up 3-1 with a break of serve when 23-time Grand Slam champion Williams found she couldn't continue.

Williams called for a medical timeout, but within a minute the umpire announced she was retiring.

When it was clear that Williams would retire, the young Canadian approached her chair, offering words of encouragement and a consolatory hug as Williams tried to fight back tears.

It was a big blow for the 37-year-old who was closing in on her 73rd WTA title - and her first since the birth of her daughter, Olympia, in September of 2017.

"I just knew," said Williams, adding she'd undergone hours of treatment before the match to combat the back spasms she'd first felt in a semi-final win on Saturday night. "I knew I wasn't going to be able to continue."

Williams said the spasms started during her come-from-behind win over Czech qualifier Marie Bouzkova on Saturday "and it just got worse".

"Just my whole back just completely spasm, and to a point where I couldn't sleep and I couldn't really move," she said.

Nevertheless, she wanted to give it a go in the final. "I don't want to get this far and not at least try," she added.

Beaten by Simona Halep in the Wimbledon final in July, Williams was playing just her 24th match of year already disrupted by nagging knee trouble.

Williams hasn't won a title since the 2017 Australian Open.

Since returning to competition after Olympia's birth she has reached three Grand Slam finals, and she remained optimistic that she would be ready to try to match Australian Margaret Court's record of 24 Grand Slams when the U.S. Open starts on August 26.

"Well, that's the most frustrating part is that I've had this before and it's, like, 24, 36 hours where I'm just in crazy spasm and then it's, like, gone," said Williams, who wasn't immediately sure whether she'd play next week in Cincinnati.

Even though Andreescu made history with a Toronto WTA title on Sunday, she then announced to withdraw from next week's big date at the Cincinnati Masters.

She claimed the trophy, when Serena Williams was unable to play, and said "Thanks, but no thanks' to any extra exertion in the U.S. Open run-up."

"I really have to listen to my body right now, this last week has not been easy on it," she added after beating three top 10 players in her hometown win that thrilled a nation.

For Andreescu, Sunday's events were a bittersweet achievement as she became the first Canadian to win the title since Faye Urban in 1969.

"I know how it is to pull out of tournaments and be injured, it's not easy," Andreescu said, addressing Williams directly during the trophy presentation.

"This wasn't the way I expected to win and for you to go off the court. I've watched you play so many times, you are truly a champion on and off the court."

Andreescu claimed her second WTA Premier level title of the year, having rocketed to prominence in March when she became the first wild card to win at Indian Wells.

"This week has not been easy. I've had many, many tough matches," said Andreescu, who opened the week with an emotional three-set win over compatriot Eugenie Bouchard and played three more three-setters.

She's projected to break into the top 15 in the world rankings on Monday after winning her first tournament back since a right shoulder injury sidelined her at the French Open.

"What I've been through the past two months has not been easy," Andreescu said. "I kept telling myself 'never give up.'" 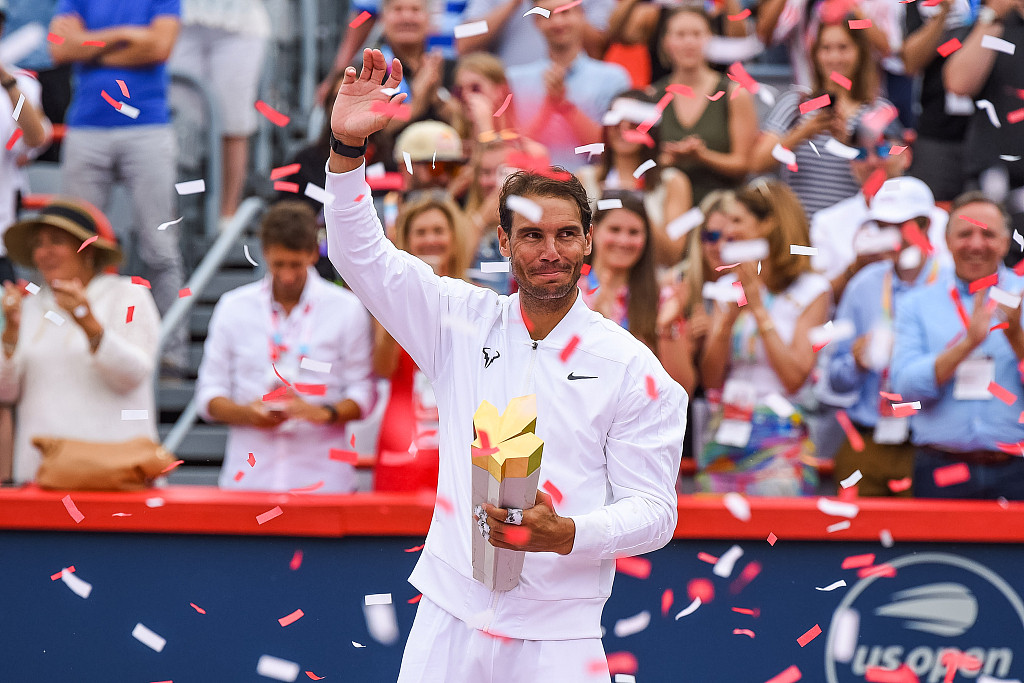 Nadal withdrew from the Cincinnati Masters for the second year in a row after polishing off his U.S. Open preparation with a Montreal title on Sunday.

The oft-injured Spaniard decided against playing any more before the August 26 start of the U.S. Open in New York.

"I am very sorry to announce that I won't be playing in Cincinnati this year," Nadal posted on Facebook. "No other reason than personally taking care of my body and trying to keep as healthy as I feel now."

"I'm sure the tournament will be a success and I wish him and his team all the best," Nadal said.

Nadal will go into the U.S. Open with just one hard-court warm-up, albeit his record-extending 35th Masters 1000 title.

Neither of the pair have played since their Wimbledon final a month ago won by Djokovic.

Federer is bidding for an eighth Cincinnati title while Djokovic is the defending champion.