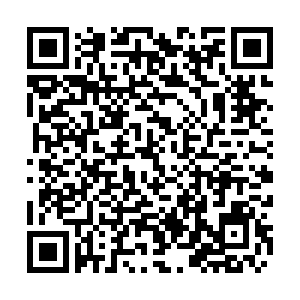 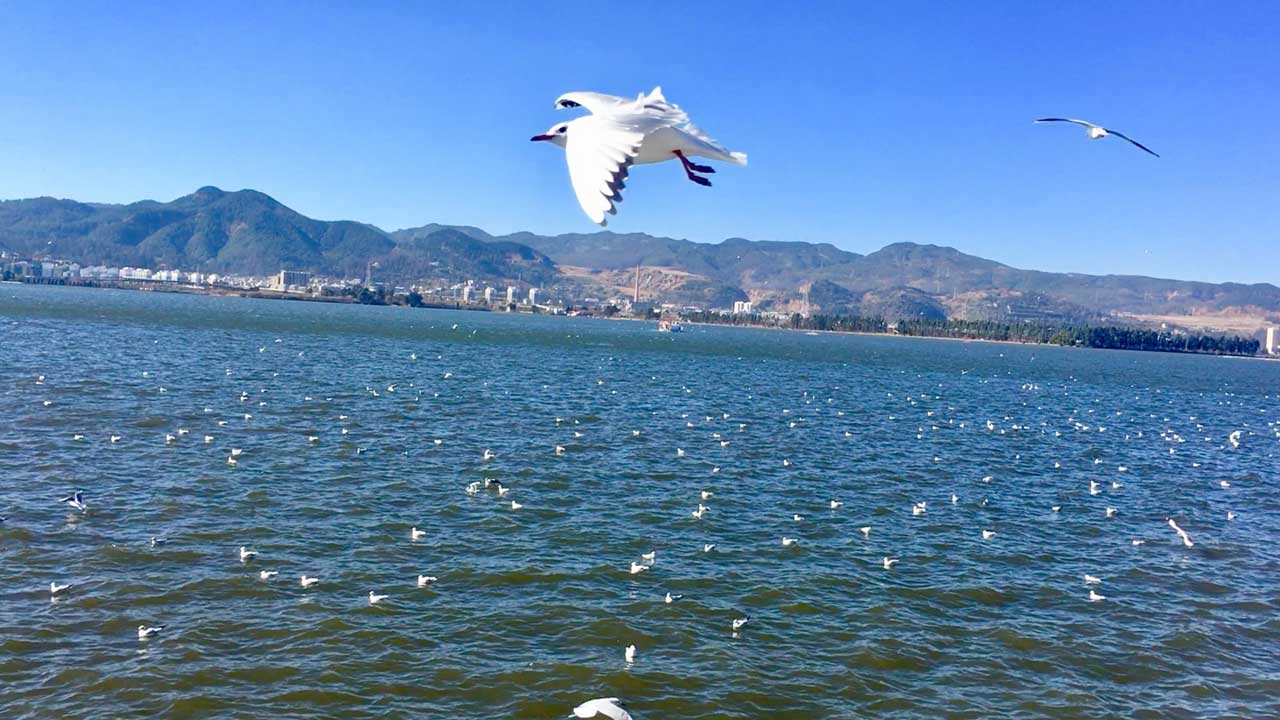 Fifty-six-year-old Li Yuexue has worked on the Panlong River that traverses downtown Kunming, capital of Yunnan Province, for more than 10 years. His job is to clear up floating garbage, whether that's plastic items, fallen leaves or weeds.

Stretching for some 26 kilometers, the river pours into Dianchi Lake, the largest freshwater lake in southwest China's Yunnan-Guizhou Plateau. 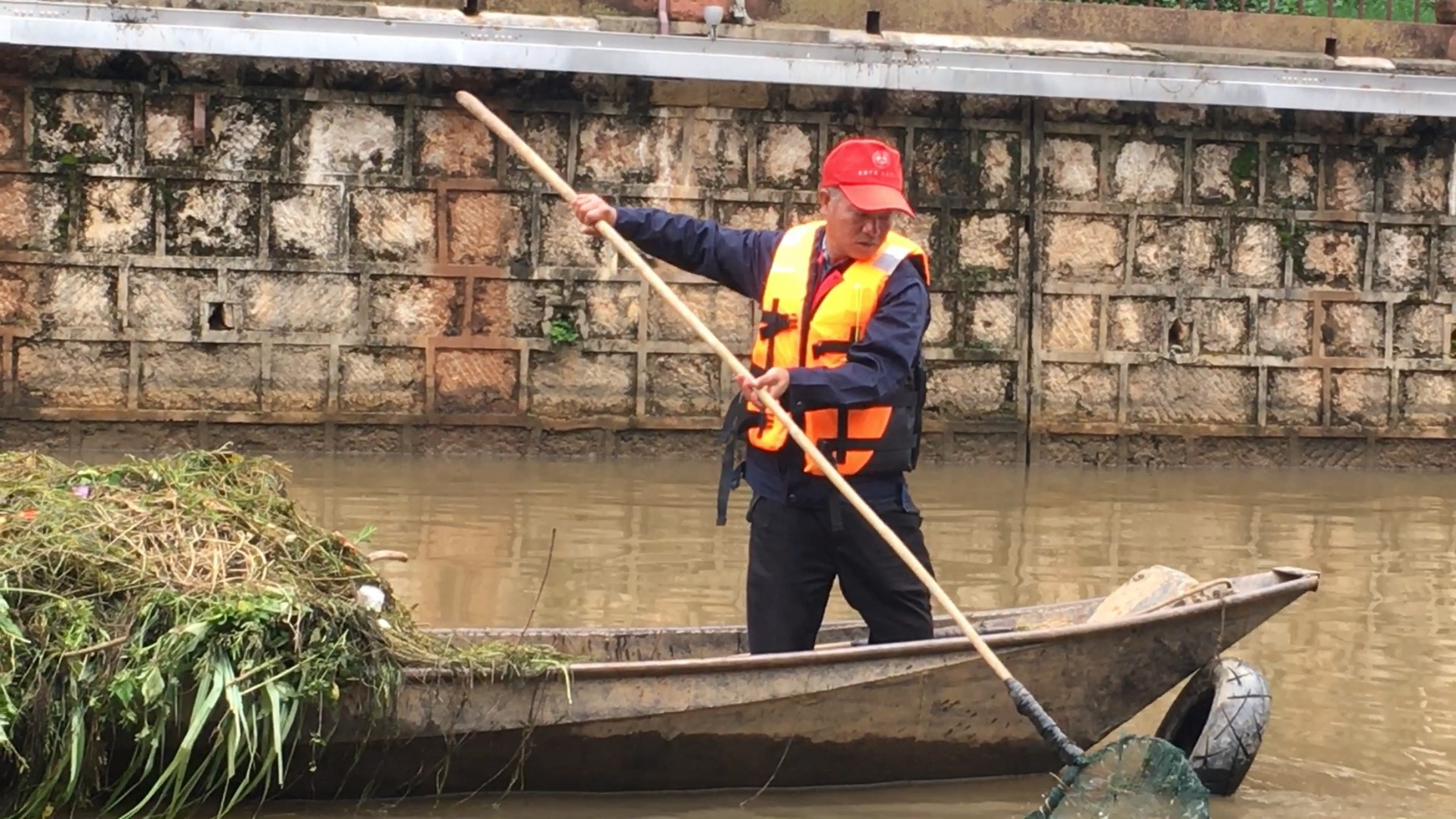 "The job is tiring and dirty, but I feel gratified as what I do can contribute somewhat to the pollution treatment of our Dianchi Lake," Li told CGTN, referring to the massive campaign that has lasted for two decades.

Li was born and grew up by the lake, which is dubbed as a "sparkling pearl embedded in the plateau." In his memory, the lake was once clean and rich in aquatic resources such as fish and shrimps.

"We relied on it as the major source for daily use," said Li. 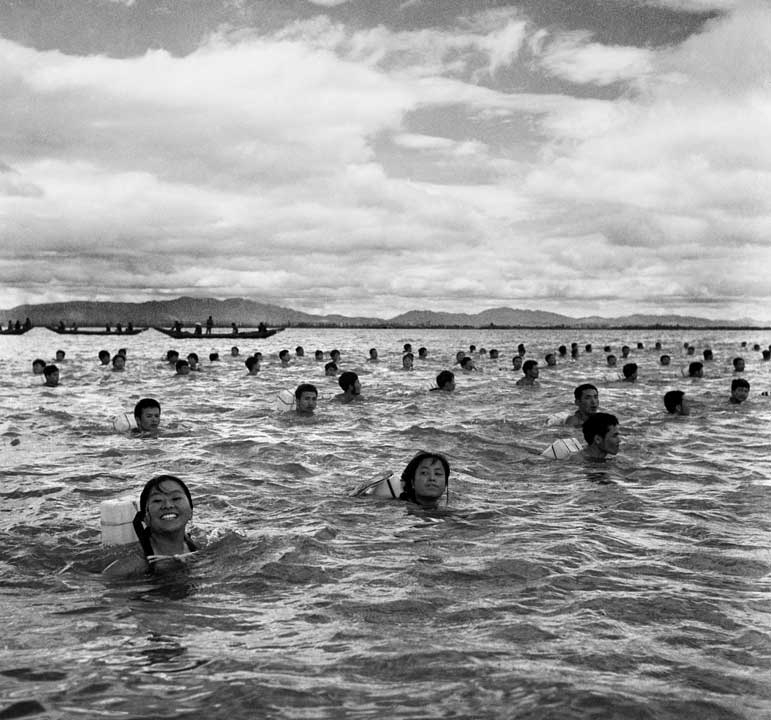 Local residents swim in Dianchi Lake in the 1970s when it was still very clean. /Courtesy of Kunming Dianchi Lake Administration

Local residents swim in Dianchi Lake in the 1970s when it was still very clean. /Courtesy of Kunming Dianchi Lake Administration

Since the 1980s, the lake began to deteriorate as the city expanded and developed at a fast pace. In the late 1990s, the lake became one of the most polluted in the country, and the water quality was deemed "inferior to Grade V," the worst level in China's water quality grading system.

"The lake's surface was blanketed by a layer of blue and green algae, which was several centimeters thick. The water was murky and smelly," Li recalled.

Du Jinsong is an engineer who has participated in Dianchi Lake protection project all the way. He said the ecosystem of the lake was "on the brink of collapse" when the local government decided to take remedial actions.

"In some areas where the blue and green algae was very thick, if you threw a stone on it, it would not sink," said Du. "There were even mice running on it." 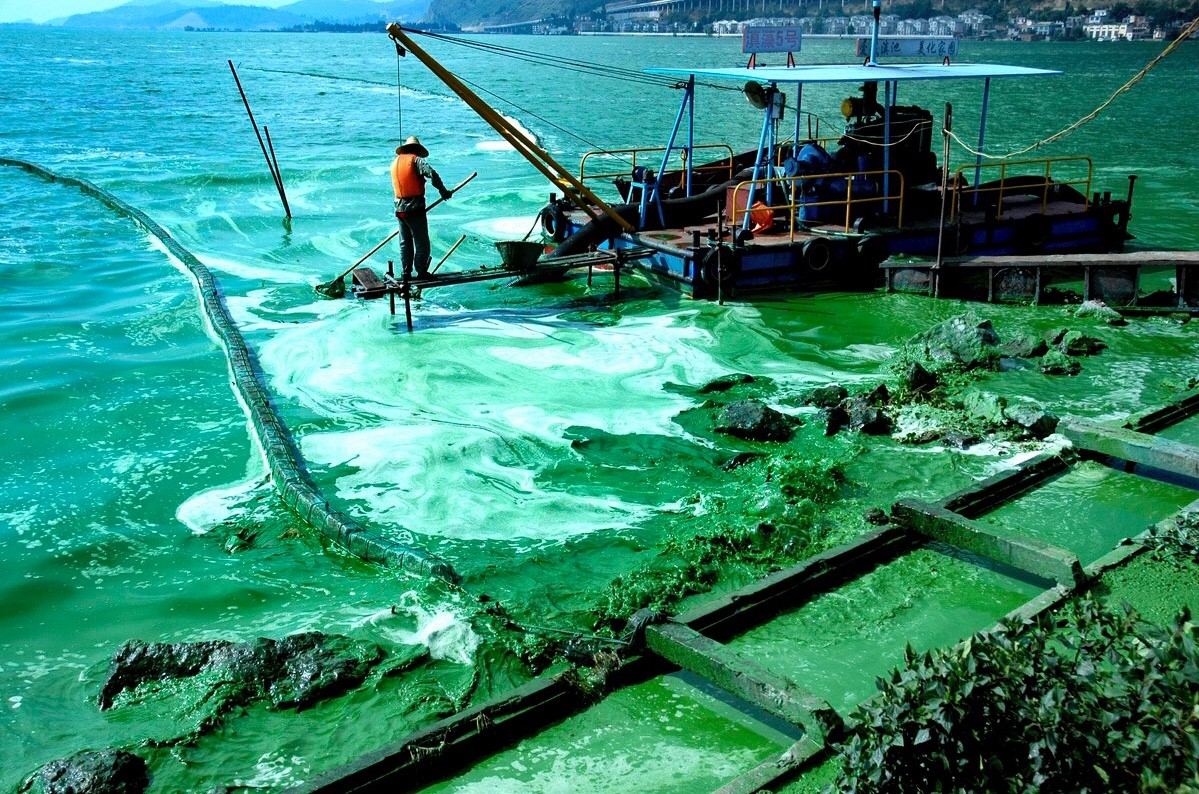 Du, who headed a research institute on restoration of Dianchi Lake, told CGTN that the major reason behind the "tragedy" was the transformation of people's lifestyle, such as the wide use of flush toilets.

"There were basically three kinds of sources of pollution. The domestic wastewater took up about 70 percent, followed by agricultural and industrial pollutants," said Du, noting that all the sewage flowed directly into Dianchi at that time.

The worsening situation aroused attention of the central government, which listed the restoration of Dianchi Lake a key project in fighting river and lake pollution across the country.

Cleansing the 36 major river channels including the Panlong River is just a basic step. Over the past 20 years, the city has built intensive underground pipes to intercept pollution and scores of large sewage treatment plants, where all wastewater has to be carefully processed before being reused or discharged into the lake. 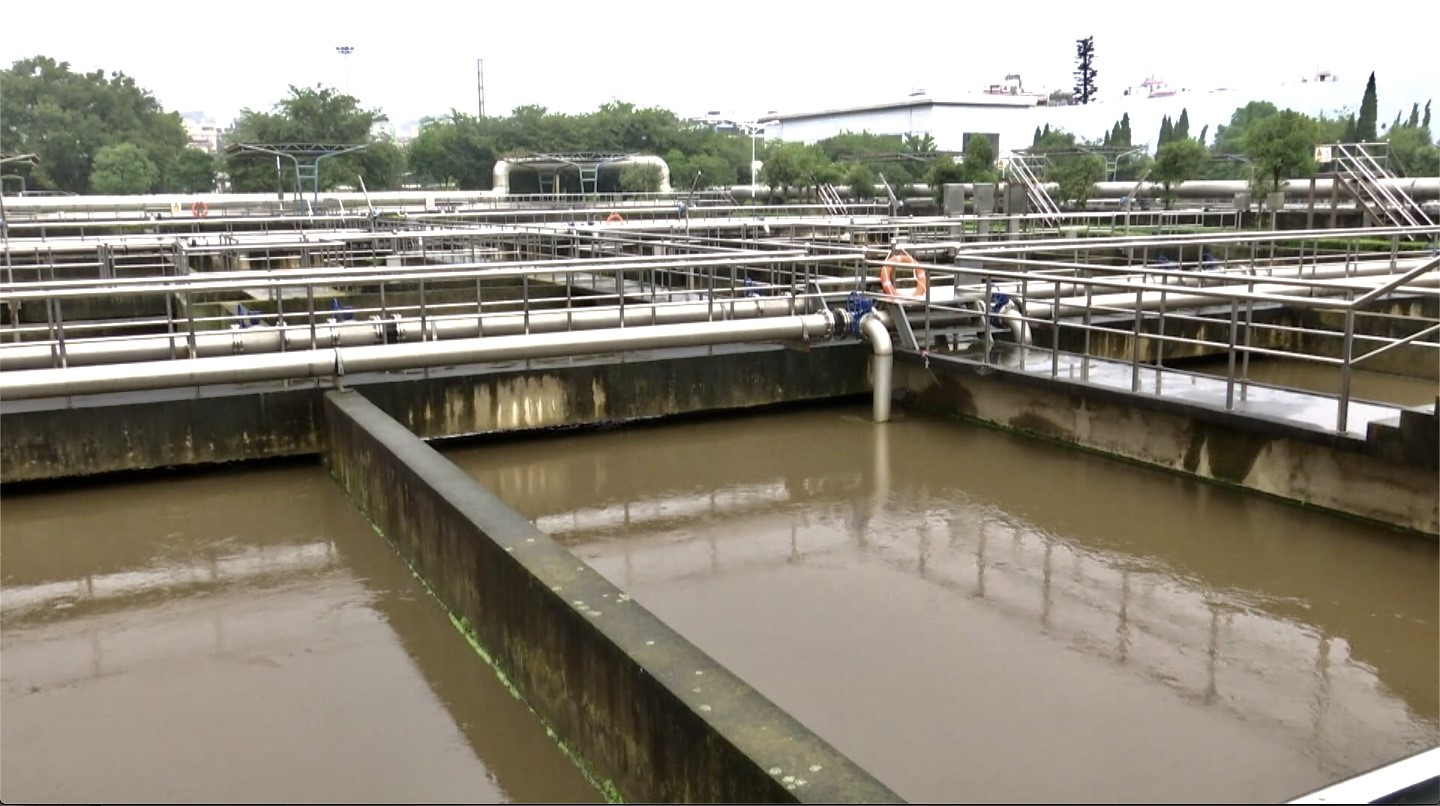 Since 2013, large amount of water has been diverted into the lake to restore its self-purifying capabilities, amounting to about 3 billion cubic meters so far.

Du said recovering ecology around the lake is also an integral part of the arduous undertaking. Now, thousands of hectares of wetlands have been established around Dianchi with relocation of some local residents, which form an important ecological barrier.

"They can effectively decontaminate the water before it flows into the lake," Du explained.

More than 50 billion yuan (around seven billion U.S. dollars) has been invested in the campaign during the past 20 years. Now the efforts have started to pay off.

In 2016, the water quality of the lake was upgraded to Grade V – a leap-forward in progress, and further improved to Grade IV in 2018.

"I can feel the changes. We can often spot fishes in the river now," said Li.

Some rare animals like the glossy ibis and the garganey that used to inhabited here have come back. The lake area has also regained its status as the city's landmark tourist destination. 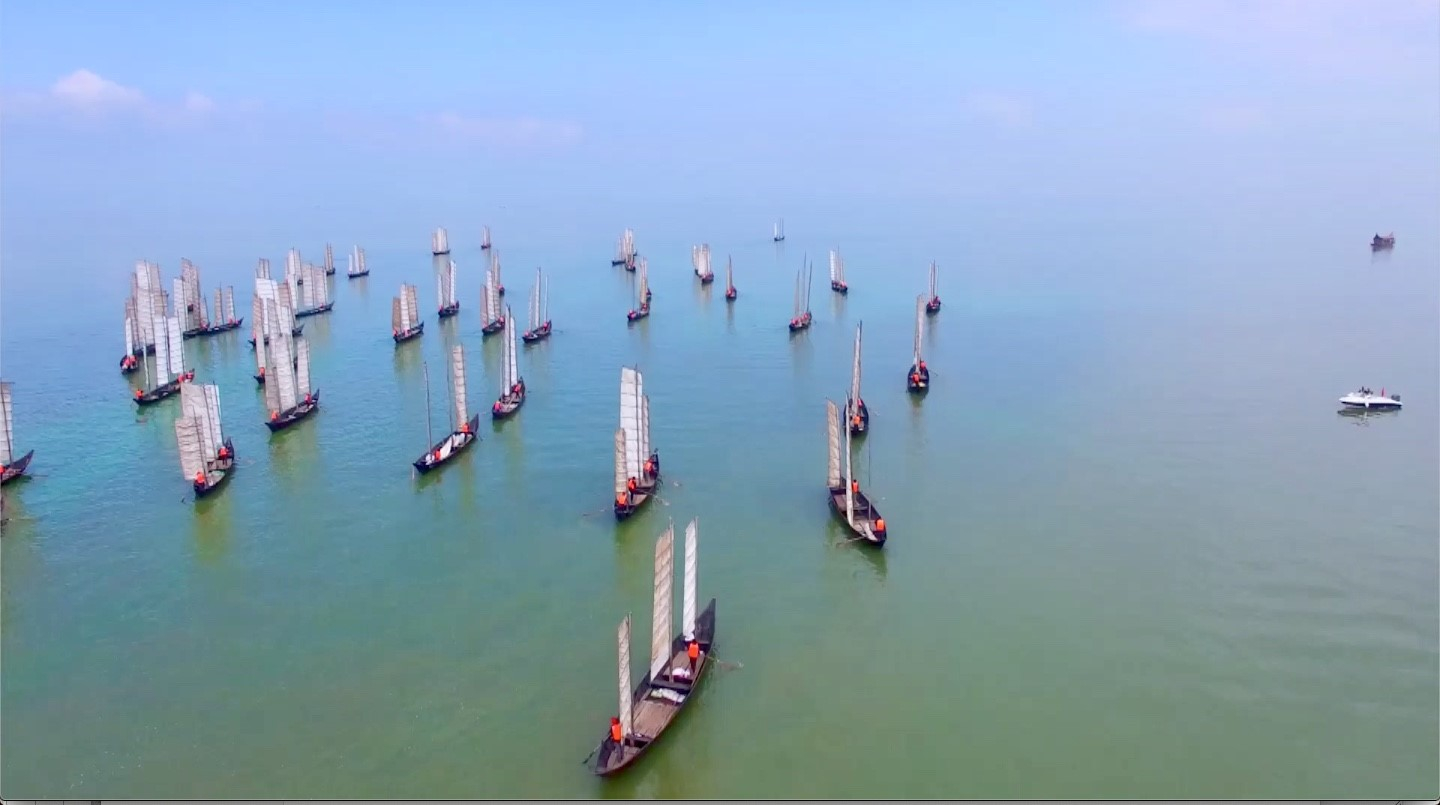 "There's still a long way to go to win this tough 'battle'," said Du. "We just reviewed what have been done and will adjust some unscientific or unreasonable measures."

Now the municipal government is actively exploring innovative mechanisms to better push forward the project, such as appointing "chiefs" for each river, who will engage with officials of different levels and local residents.

"Dianchi Lake is just a mirror of the economic and social development of Kunming. I believe we will brush up this mirror again and let the 'pearl' sparkle again with our persistent efforts," said Wu Tao, vice mayor of Kunming.

This is also a long-cherished wish for millions of citizens like Li Yuexue.