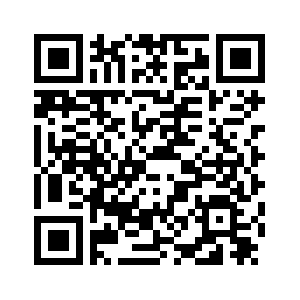 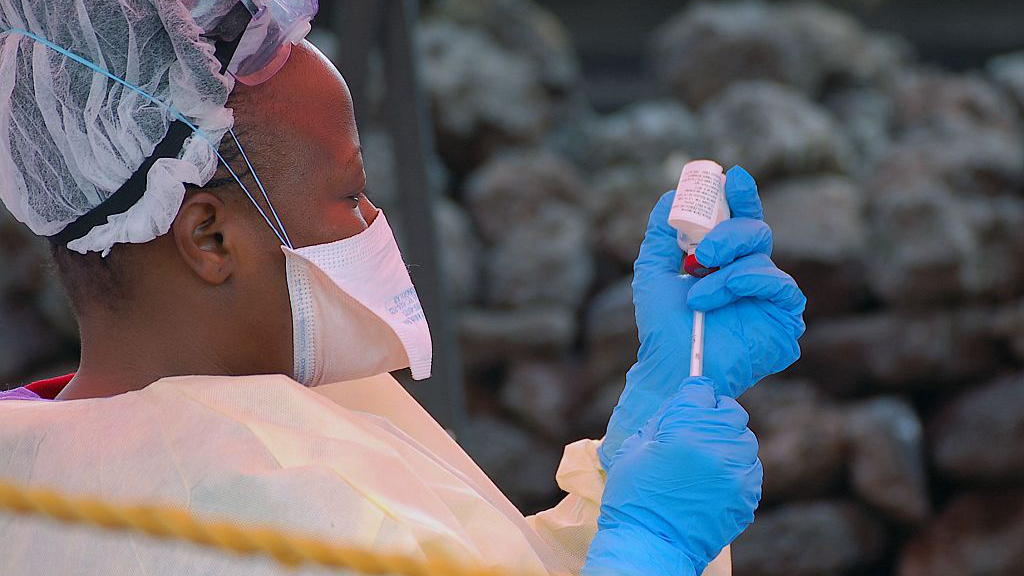 Editor's note: Savio Carvalho is Global Campaigns Director of WaterAid. The article reflects the author's opinion, and not necessarily the views of CGTN.

A year has passed since the Democratic Republic of the Congo's (DRC) health ministry declared a new outbreak of Ebola in the northeast of the country.

Yet, far from being contained, the outbreak has now become the DRC's second in five years to be classified by the World Health Organization (WHO) as a Public Health Emergency of International Concern, the most severe designation – used just four times previously – that the WHO can make. It is the second-largest Ebola outbreak ever recorded.

A highly-effective experimental vaccine against Ebola is available, and teams on the ground are working hard to bring the virus under control.

But, with the outbreak occurring within a volatile conflict zone, the odds are stacked against them. In the first seven months of this year, 198 attacks were carried out against healthcare workers or Ebola treatment facilities, leaving seven dead and 58 injured.

Yet the failure to contain the current crisis reflects shortcomings that extend far beyond the DRC. Even as large-scale epidemics proliferate, the international community continues to get even the most basic aspects of prevention and preparedness wrong.

When it comes to a disease like Ebola – which is highly communicable and has a mortality rate of around 50 percent – such lapses have devastating consequences.

Consider hygiene and water supply – the first line of defense against infection. East Africa has some of the world's poorest clean-water coverage for healthcare facilities.

Without readily available clean water for washing beds and protective equipment, or adequate facilities for workers to use to keep their hands sufficiently clean, health centers do not only fail to treat and cure people effectively; they become sources of disease. 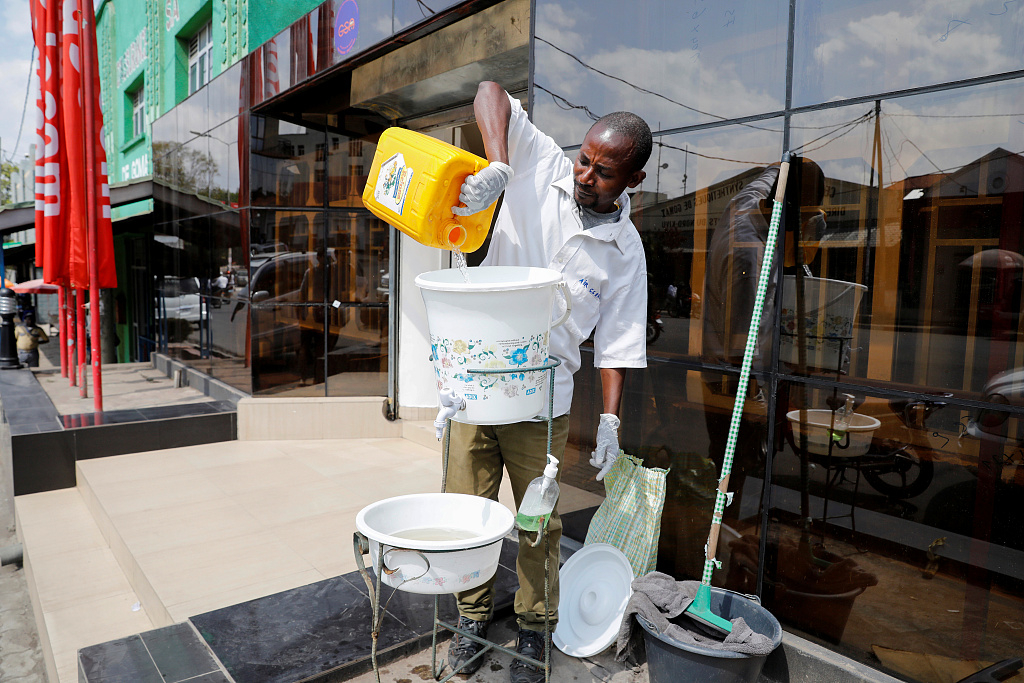 A hands washing station outside a shop in Goma in Democratic Republic of Congo, August 3, 2019. /VCG Photo

A hands washing station outside a shop in Goma in Democratic Republic of Congo, August 3, 2019. /VCG Photo

In the case of Ebola, such conditions can cause thousands to become infected and die, with a knock-on effect on the economy, peace, and stability.

But those directly affected by Ebola are just the tip of the proverbial iceberg. During outbreaks, healthcare provision for other diseases and routine services are often severely compromised, especially in places where the healthcare system is already poorly equipped and significantly underfunded.

This year alone, thousands in the DRC have died of measles, as vaccination programs have been scaled back to free up resources for the fight against Ebola.

Such large-scale health catastrophes leave lasting scars on a country and its people. They have the potential to reverse hard-won progress on social and economic development, leaving communities behind.

And they are set to become even more common, owing to factors such as violent conflict, weak governance, antimicrobial resistance, climate change, and mass migration.

As long as governments and the international community fail to invest in strengthening health systems, outbreaks will continue to impose huge costs on communities before being brought under control.

Operating healthcare facilities without sources of safe water, toilets, and hand-washing facilities are stark examples of just such a failure.

Fortunately, there is reason to hope that, at long last, a change for the better is imminent. This past May, more than 160 years after the link between hygiene and disease prevention was established, country leaders at the WHO's World Health Assembly adopted a resolution focused on addressing the lack of water, sanitation, and hygiene in health-care facilities in lower- and middle-income countries.

The growing threat of epidemics and related crises, including the spread of drug-resistant superbugs, seems to have finally shaken world leaders out of their torpor on developing-country health care.

Now this new commitment is about to be put to the test. The WHO's recent declaration on the DRC's Ebola outbreak was critical, because it should mobilize the international community to ramp up their contributions.

But if the world is to prevent further health crises in East Africa, it cannot pursue yet more short-sighted solutions. Instead, it needs a comprehensive, forward-looking strategy that recognizes that a health center is not a health center without clean water.