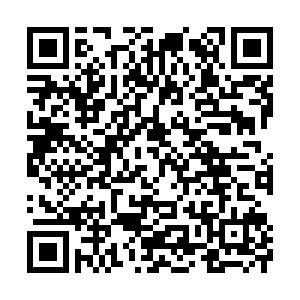 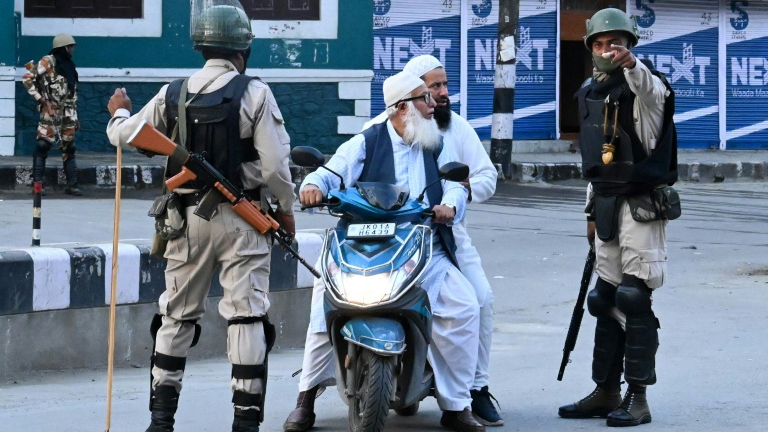 In Srinagar, several major mosques and religious sites, including the famous Jama Masjid mosque with a capacity of more than 30,000, were closed, and worshipers were encouraged to attend prayers in smaller mosques near where they lived so that no big crowds could gather.

"In Srinagar, keeping in view the possibility of terrorists, militants and mischievous elements trying to disturb public order and peace, reasonable restrictions were imposed on large gatherings in sensitive areas," the Home Ministry said. 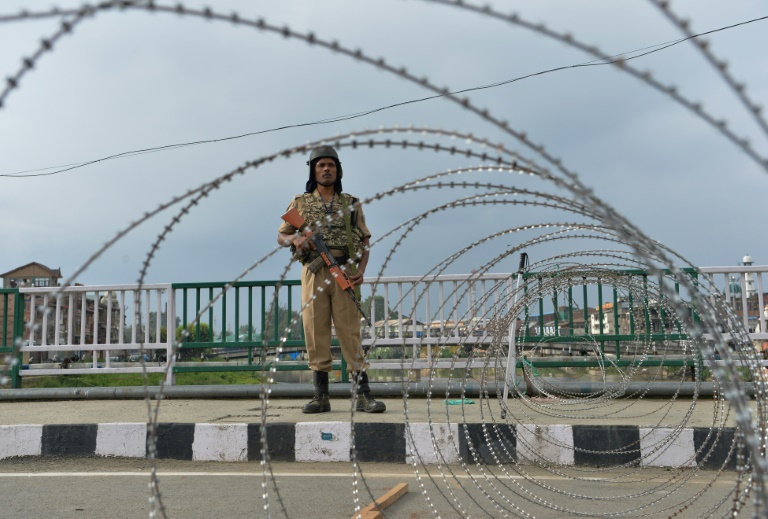 A street in Srinagar during the lock-down across Kashmir for the Eid al-Adha festival. /AFP Photo

A street in Srinagar during the lock-down across Kashmir for the Eid al-Adha festival. /AFP Photo

Residents said the rapt silence on the city's streets was like nothing they had ever experienced before on the Eid festival. Even best-known areas, such as the city square, Lal Chowk, that would otherwise be crowded with people were empty.

Kashmir has been in a security lock-down for eight days with internet and phone communications cut off and tens of thousands of troop reinforcements flooding into Srinagar and other towns and villages in the Kashmir Valley.

Eyewitnesses reported sporadic incidents of stone throwing at security forces on Sunday and Monday morning. Kashmir Police Chief Dilbagh Singh told reporters late Monday that there was a stray protest in Srinagar but nothing major. The Home Ministry said police have dispersed the protesters and only one or two individuals suffered major injuries.

Regional Inspector General of Police Swayam Prakash Pani added that there were "only a couple of injuries" reported, adding: "Otherwise, the entire valley – the situation is normal." A deserted road during the lock-down across Kashmir for the Eid al-Adha festival, August 12, 2019. /Reuters Photo

A deserted road during the lock-down across Kashmir for the Eid al-Adha festival, August 12, 2019. /Reuters Photo

Frustration is growing in Muslim-majority Kashmir, which is also claimed by Pakistan, over India's move last week to curtail autonomy for the state of Jammu and Kashmir, including a bar on non-residents buying property.

India's decision to eliminate the autonomy of Kashmir, a mountainous stretch that lies in the north of the South Asian subcontinent, was described as the biggest political move in nearly 70 years in one of the world's most militarized regions.

The move sparked outrage from Pakistan, which downgraded its diplomatic relations with India, expelled the Indian high commissioner and suspended trade.

Shops in Srinagar have remained closed because of the security crackdown. /AFP Photo

Shops in Srinagar have remained closed because of the security crackdown. /AFP Photo

Over the past 70 years, the two countries have been committing a spate of armed conflicts over the Kashmir issue, a dispute born out of the region's shared colonial history. When the South Asian subcontinent gained its independence after World War II, the British colonialists left behind the Mountbatten Plan and a divided region, the root cause of turmoil and violence.

During decades of sanguinary conflicts and territorial disputes, life of people in Kashmir has been a disaster. According to data gathered by local civil society, around 160 civilians were killed in 2018, which is believed to be the highest number in over a decade, a UN report said in July.