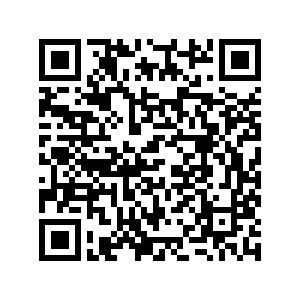 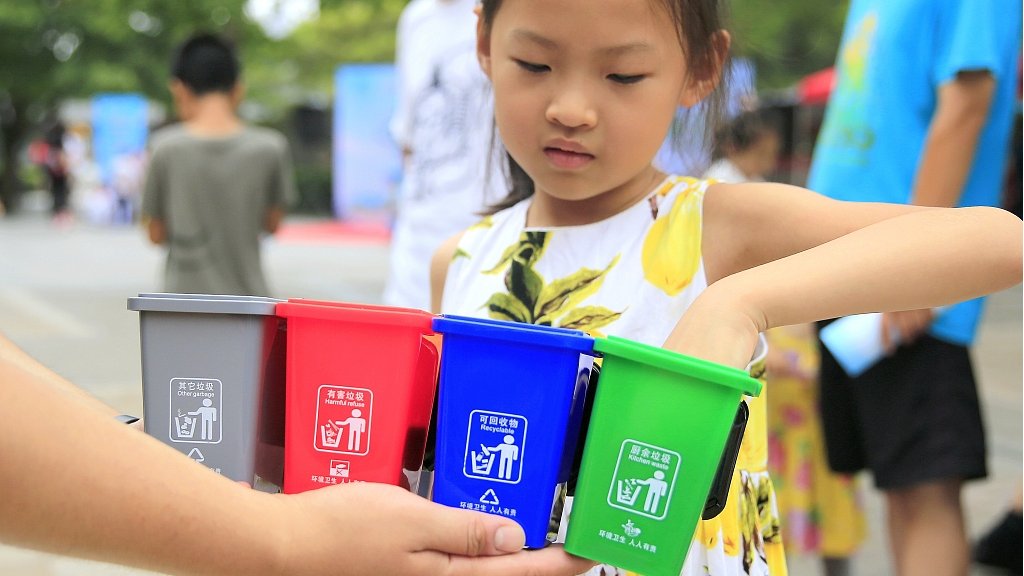 The 'stringent' garbage sorting guidelines implemented in Shanghai from July 1, 2019 launched a national debate and inspired other cities in China to follow suit. /VCG Photo

The 'stringent' garbage sorting guidelines implemented in Shanghai from July 1, 2019 launched a national debate and inspired other cities in China to follow suit. /VCG Photo

Good news for our planet: The world's most populous country gets serious about tackling its waste problem. Forty-four days after Shanghai implemented what netizens called the most stringent and complex waste segregation regulations "in history," other Chinese cities want to speed up the cleaning up process too, because of the initial success of the "Shanghai model."

Shanghai has long been China's test lab for pilot policies and reforms that were later introduced nationwide. With waste sorting, China's international and economic flagship city is again at the forefront of resolving the urban waste issue. After initially facing public resistance, a waste sorting policy that became mandatory 44 days ago is now drawing in followers from other Chinese cities.

According to Sun Yaling, who runs an English school in Shanghai, resistance to garbage sorting is in the past. "My friends no longer talk about it," she told CGTN. "It's normal now that we separate our rubbish in dry, wet, recycling and hazardous." At home, where Sun rarely cooks, she disposes recyclable material and dry waste in two separate bins. At work, she pays an extra waste fee to the property management who have recently employed staff from a recycling company.

Sun said, while individuals shoulder some of the responsibility, the neighborhood waste management plays an essential role in educating residents, instead of just controlling them. And now, "people have got used to the new practice," Sun said. 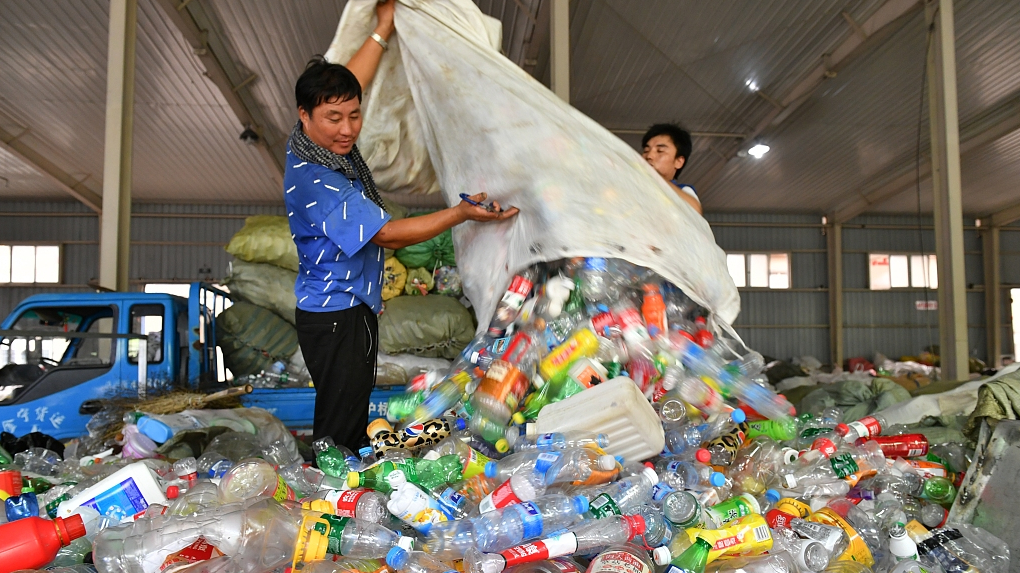 In the first month after the new garbage sorting regulations came into force in Shanghai, recyclable materials increased by 10 percent. /VCG Photo

In the first month after the new garbage sorting regulations came into force in Shanghai, recyclable materials increased by 10 percent. /VCG Photo

After the first four weeks of the policy, the average daily amount of wet garbage in Shanghai increased by 15 percent compared with the previous month, recyclables increased by 10 percent and dry litter fell by 11.7 percent, according to Shanghai's Urban Management Bureau. This is massive progress, considering the city produces 26,000 tons of waste every day. And now, other cities are following suit.

Another city that's been at the forefront of testing China's pilot projects is Guangzhou. After limited success with its waste management projects in recent years, Guangzhou's urban management bureau released garbage sorting guidelines on Friday and pointed to Shanghai as an example. "It's indispensable that we learn from Shanghai at this point," opinion writer Li Wei with Economic China Online argues. "If people don't move, only a 'big bang' (like in Shanghai) will do the trick."

In southwest China's Yunnan Province, the capital Kunming recently published a working plan for 2019 on how to improve and promote garbage sorting, Kunming Daily reported Saturday. And northwestern China's Xi'an City has really stepped up to the plate: It announced that from September 1, it will follow Shanghai’s footsteps in making garbage sorting mandatory for all households and businesses. "The countdown is on! Are you ready?" Shaanxi Metropolis Express asked its readers. 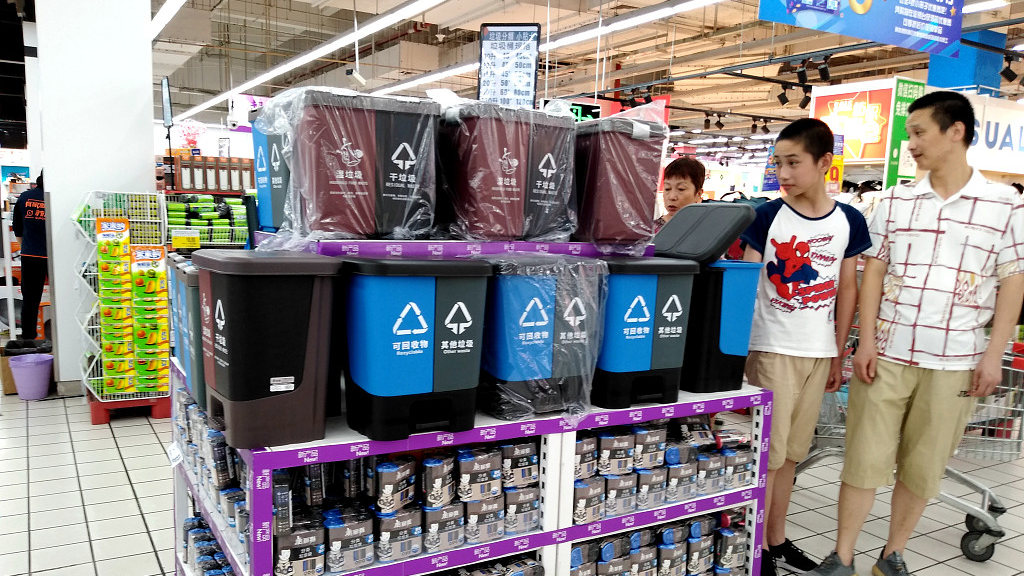 With the new regulations, Shanghai residents now have to start separating their household waste in wet, dry, recyclable and hazardous at home. /VCG Photo

With the new regulations, Shanghai residents now have to start separating their household waste in wet, dry, recyclable and hazardous at home. /VCG Photo

Shanghai started before the population was ready, evident by the considerable public confusion the top-down regulation caused when it was launched. The new rules implemented on July 1 demanded all waste must be sorted into one of four bins: dry, wet, recyclable and hazardous. Fines for individuals who don't comply amount to 200 yuan (about 28 U.S. dollars), while businesses can face fines of up to 5,000 yuan.

Anxiously, people started to study the sophisticated segregation guidelines. Where do empty seashells go? What about watermelon seeds? And can packaging plastic be recycled? The question of "What type of rubbish are you?" became the hottest catchphrase this summer, and TV quiz shows tested people on their garbage sorting knowledge. The national debate that kicked off, as a result, might have caused laughter, headshaking and even anger among some people, but it had one major benefit: it was highly educational, and it brought waste sorting to the top of everyone's attention.

Waste segregation is crucial for China's environment. When it's done right, it can remove major pollutants and become an economic resource from a business perspective. China's waste production is not yet at the level of developed nations such as Switzerland. As an example, Shanghai has roughly three times the population of Switzerland. However, Switzerland produces 10 times the amount of Shanghai's garbage. But with the living standards increasing and a rising middle class that loves online delivery, it is only logical that China declared in 2018 it would stop accepting foreign plastic waste. 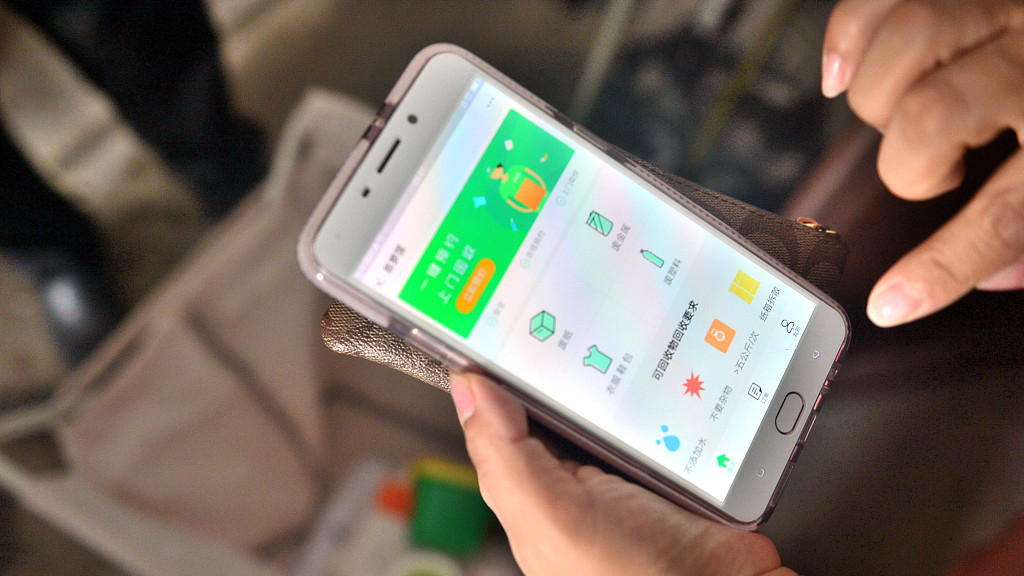 In an opinion piece, CEO of the Beijing Future Innovation Center Wu Changhua cited some astonishing statistics: China delivered 40 billion packages in 2017, of which included eight billion plastic bags. E-commerce packaging makes up 85 percent of the newly added household waste in large and medium-sized Chinese cities, she wrote. The plastic pollutes rivers, lakes and oceans. Chemicals from landfills and waste-to-energy plants make agricultural land and breathing air toxic, cancer already being the number one cause of death in China.

Under these circumstances, it seems urgent that other Chinese cities follow the "stringent" Shanghai model for waste segregation. It took Japan 27 years and Germany 40 years to develop an effective garbage sorting system. Looking at the speed of China's economic development in the past 40 years, and the already promising private recycling sector, the country might be catching up sooner than expected.