Lao She: A defining voice in Beijing literature
Yang Meng 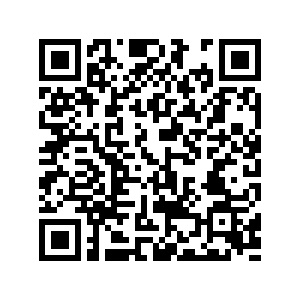 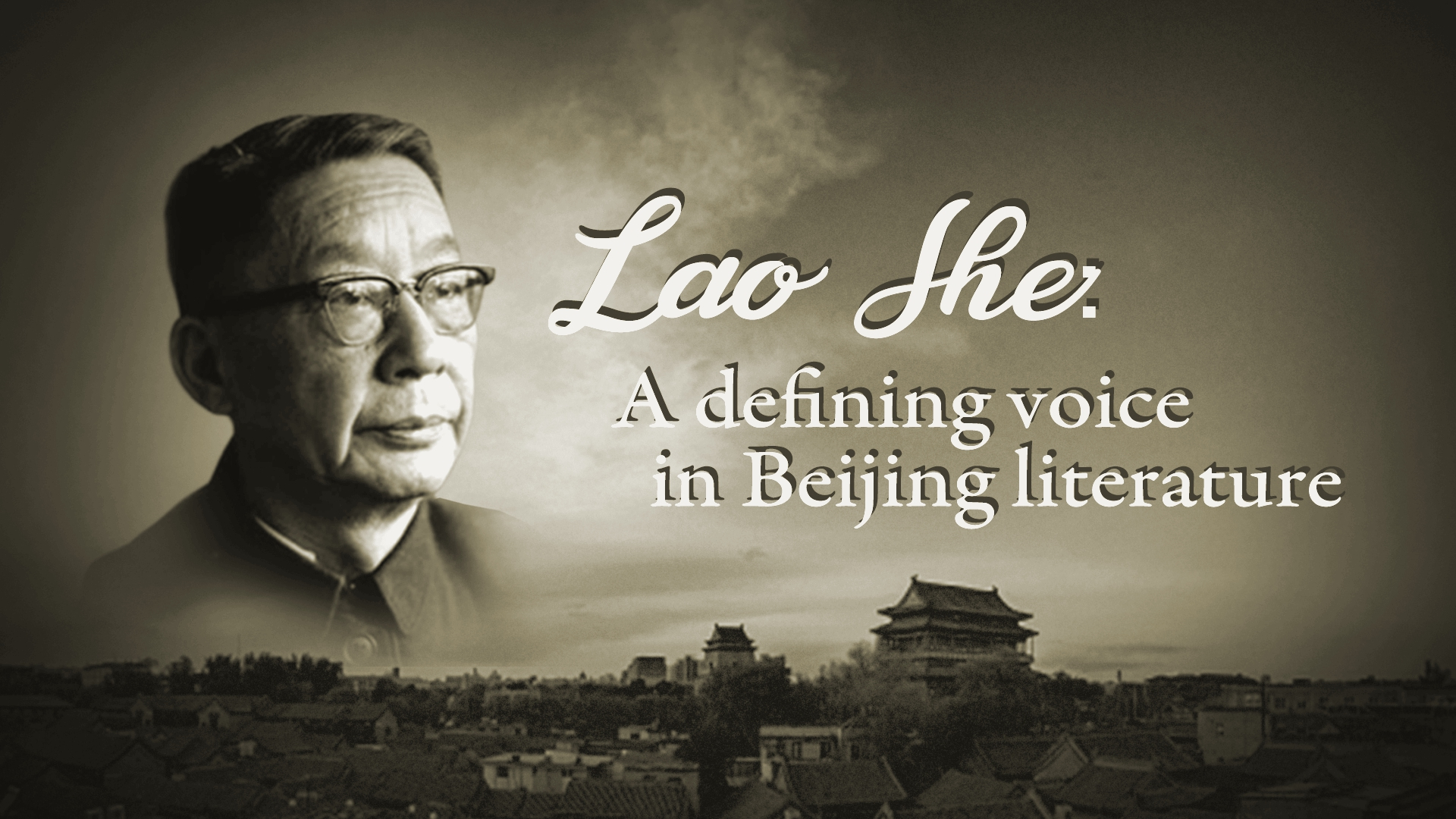 From “Dragon Beard Ditch” to “Teahouse”, nine novels of Lao She have been adapted and are currently being rehearsed by the Beijing Opera Troupe to commemorate the 120th anniversary of his birth.

As a representative of Beijing's literary scene, Lao She was a very important and significant figure in the Chinese literature during the 20th century, primarily due to Beijing Melodrama – the genre he's credited with creating – which focuses on showing Beijing culture to the rest of China through vivid and concrete character.

In 2006, the composition topic of the University Entrance Examination in the Beijing area was “the symbol of Beijing”.

“Many cities have things that represent their cultural characteristics and have heritage value. These things can be called symbols of the city. The Forbidden City, a siheyuan, (quadrangle dwellings in Beijing), Wangfujing Street, and Lao She’s works, are all symbols of Beijing…” But over half of the examinees chose Lao She, and the highest score of the composition that year was also about the author. 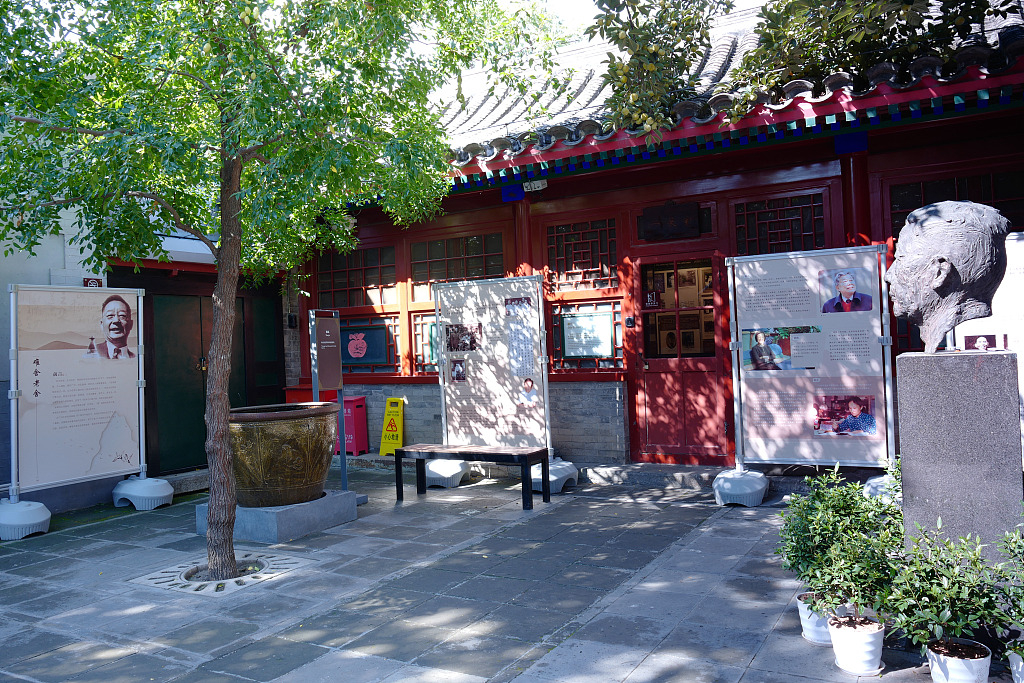 Lao She was born to a poor Manchu family in Beijing in 1899 but he still cultivated a strong love for the city.

Every word and sentence in the article “Missing Beiping” (Beijing was once called Beiping before 1403) wrote by Lao She in Qingdao, Shandong Province in 1936 expresses his deep and strong love for the city.

“I really love Peiping, a love that is almost unspeakable… It is easy to praise things about this ancient city, but that is to underestimate Peiping… From the dragonfly of Shishahai after rain to the reflection of Jade Spring Hill, for every detail in the city, there is my love. I wish I could become a poet, immerse myself in all the beautiful words, and sing out the grandeur of Peiping like a cuckoo,” he wrote. 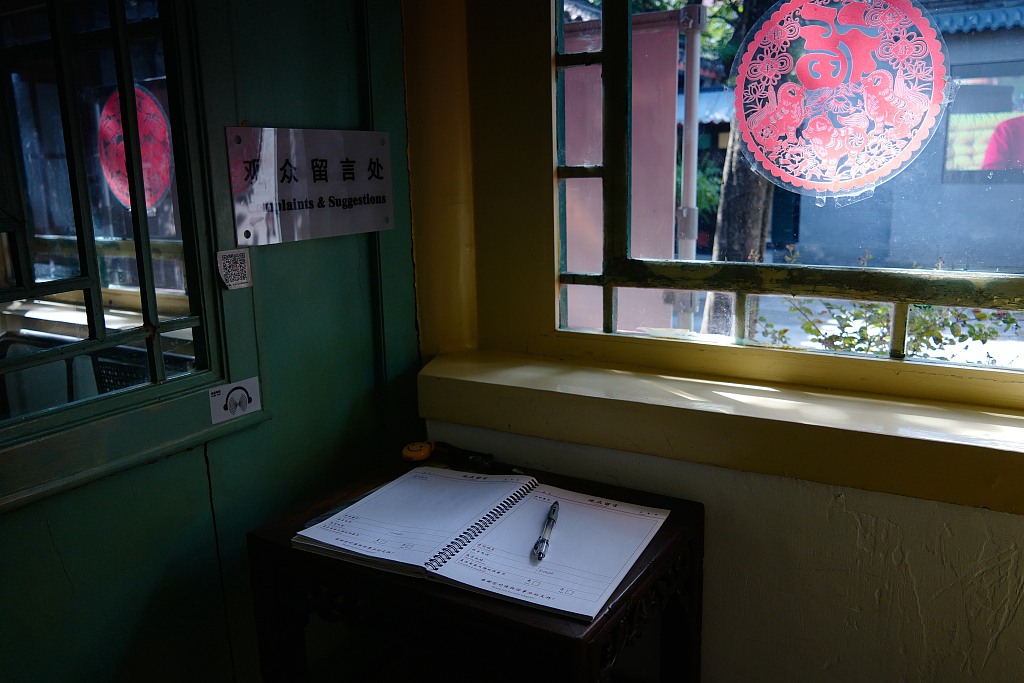 “Unspeakable” is frequently used by Lao She for his strong love for Beijing. This unspeakable emotion, which the writer keeps deep in his heart, is the very beginning of his creative activities.

All his works, including “Rickshaw Boy”, “The Life of Mine”, “Four Generations under One Roof”, “Dragon Beard Ditch” and the famous “Teahouse”, are about Beijing (Peiping).

Lao She was very good at depicting ordinary people, small guys who struggled to live. And his love for the city can be even seen in those characters. In his famous novel “Rickshaw Boy”, Xiangzi, the rickshaw puller from the countryside, insisted on taking Beiping as his only friend. Even though he was seized by the army to other provinces, he desperately wanted to return, preferring to die here. An exhibition to commemorate the 120th birthday of Lao She opens at the Capital Museum. /VCG Photo

An exhibition to commemorate the 120th birthday of Lao She opens at the Capital Museum. /VCG Photo

Numerous activities have been held in Beijing to honor Lao She. Besides the melodramas, a series of activities organized by the Beijing Municipal Bureau of Cultural Heritage to commemorate the 120th birthday of Lao She were launched at the Capital Museum on August 13.

During the commemorative activities, Lao She's Memorial Hall also held an exhibition, "Footprints of Lao She in Beijing", which connects the 15 places where he lived in Beijing.