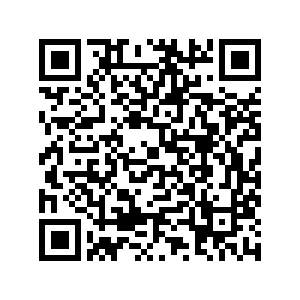 Since the late 1990s, the services sector, including tourism and construction, has played an increasingly important role in the economy of the United Arab Emirates (UAE). But for most people, traveling to the UAE means visiting Dubai, the futuristic city with palm-shaped islands, skyscrapers as well as fancy and luxury malls. However, this is not the UAE's entire story, which is a federation of seven emirates along the eastern coast of the Arabian Peninsula. 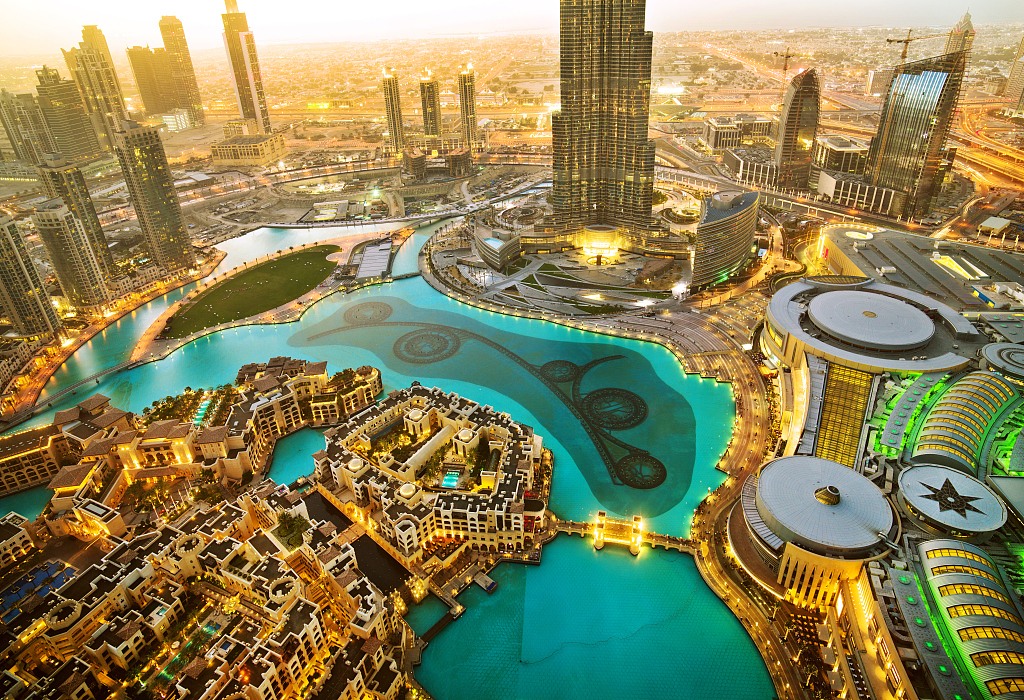 Abu Dhabi, capital of the United Arab Emirates, is rich with oil and considered the country's center of political and industrial activities, while Sharjah, the third largest and third most populous city in the country, is a hub of art and heritage. Ras Al Khaimah, on the other hand, is a holiday getaway with breathtaking white sand beaches and year-long sunshine. Apart from the cities, the country is also known for its mountains and golden deserts. There are many impressive sand dunes across the Arab nation, such as the Singing Sand Dunes of Liwa in Mezairaa. 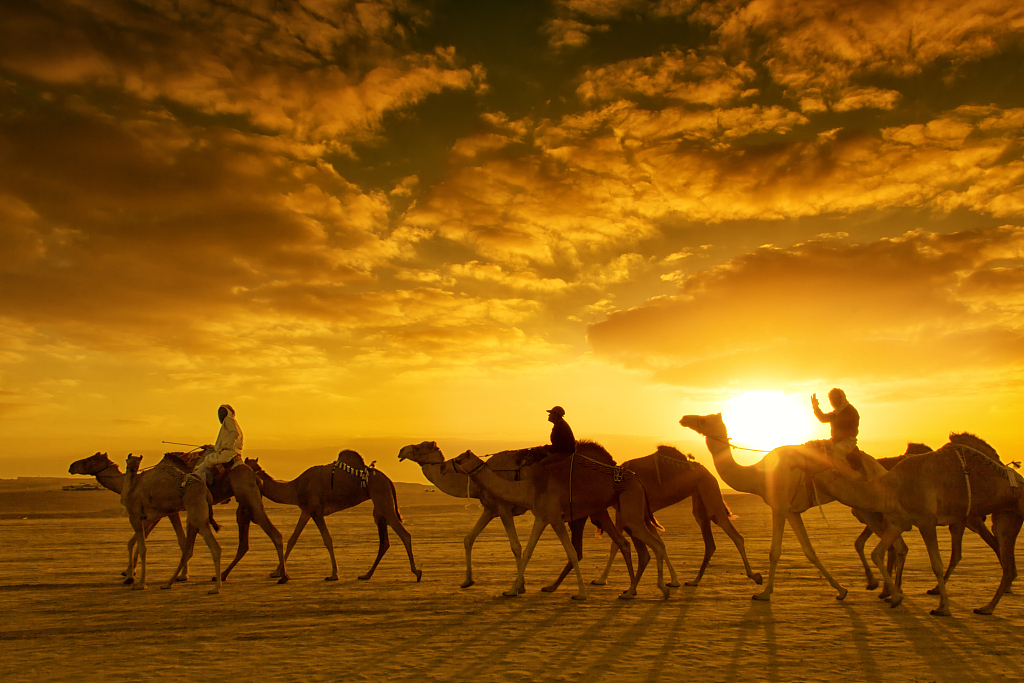 The United Arab Emirates is known for its golden desert. /VCG Photo

The United Arab Emirates is known for its golden desert. /VCG Photo

Vegetation is scanty in the United Arab Emirates due to its desert climate. But millions of trees including mangroves have been planted to provide habitats for numerous species. In this article, we introduce two popular plants in the country. 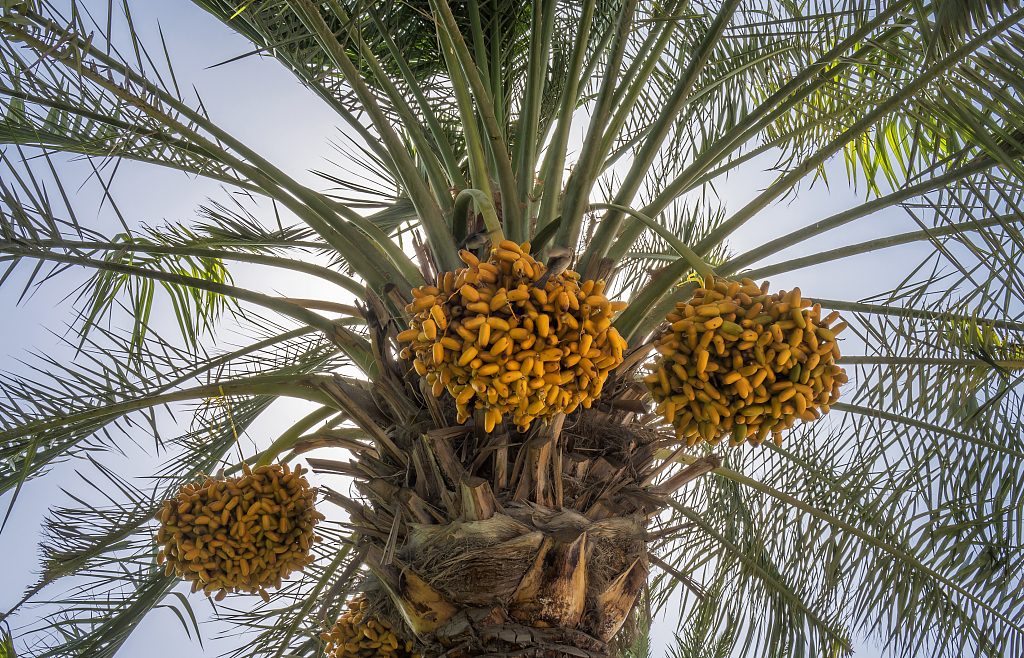 There are approximately 40 million date trees in the UAE with about 120 date varieties. The sweet little fruit is so prominent in the country, it is considered a national symbol along with the falcon, the Arabian oryx and the dhow.

The fruit of a date palm is used for food, the trunk is used to build homes and the leaves made into traditional handicrafts. The tree is depicted in local literature and its name is mentioned more than any other fruit-bearing plants in the Quran. It is also a common food in the months of Ramadan. 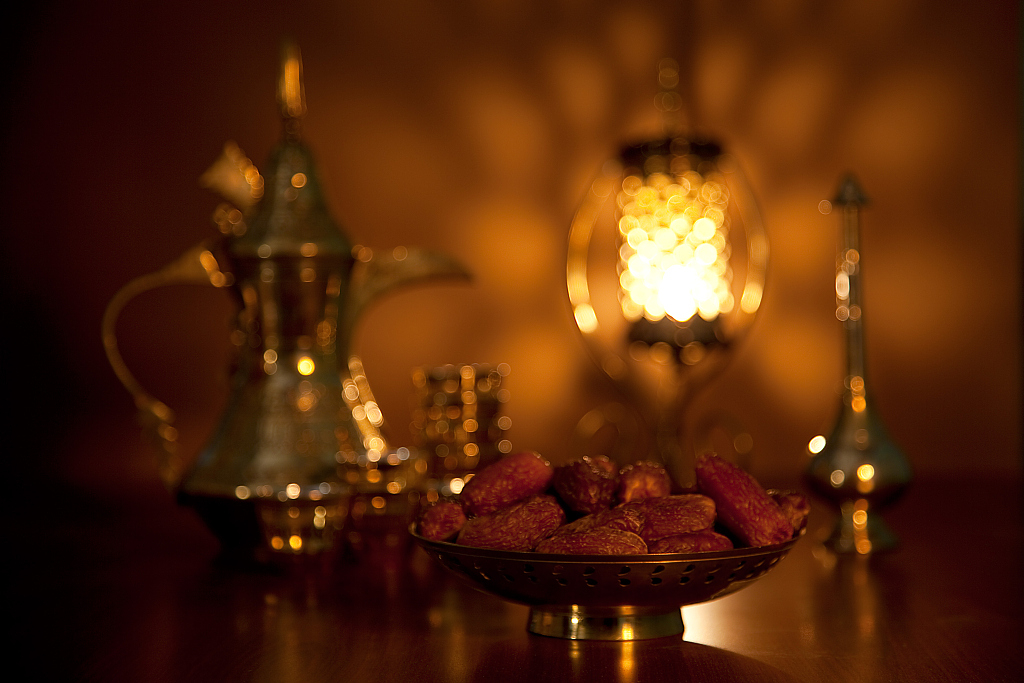 Date is a common food in the United Arab Emirates. /VCG Photo

Date is a common food in the United Arab Emirates. /VCG Photo

Dates have been a staple food of the Middle East for thousands of years. They are sweet, nutrient and calorie-dense. A single date is about 75 percent sugar when dried. But they have a low glycemic load, meaning they won't cause huge blood sugar spikes as refined sugars would. That is good news for lovers of the fruit. 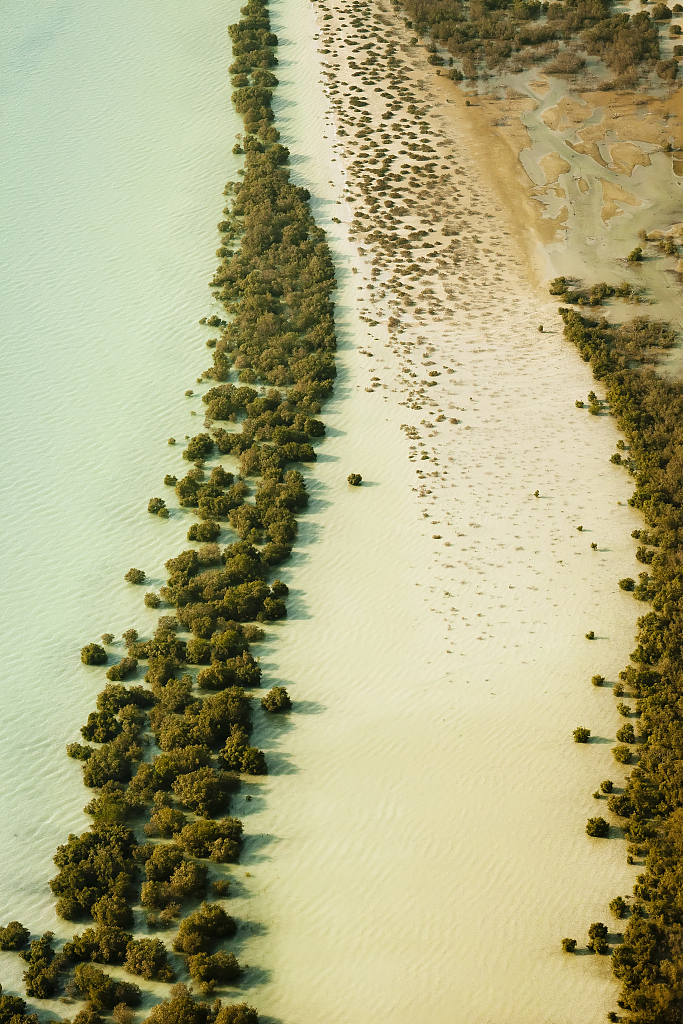 Abu Dhabi is surrounded by hundreds of smaller islands and most of them are protected by natural barriers of mangroves. /VCG Photo

Abu Dhabi is surrounded by hundreds of smaller islands and most of them are protected by natural barriers of mangroves. /VCG Photo

Millions of mangroves have been planted in Abu Dhabi. After decades of conservation, the population of mangroves in the Emirates has become one of the largest along the Arabian Gulf coast. The cultivation program was initiated decades ago by Sheikh Zayed, the country's founding father.

The mangroves, which act as "ecosystem engineers” for big cities, provide habitat for many species including crabs, sponges and other organisms. They can survive in harsh environments like high temperatures and are the only evergreen forest in the Gulf region. They also reduce harmful greenhouse gases and protect coastal areas from erosion.