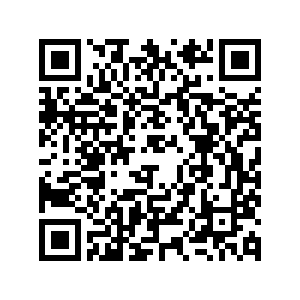 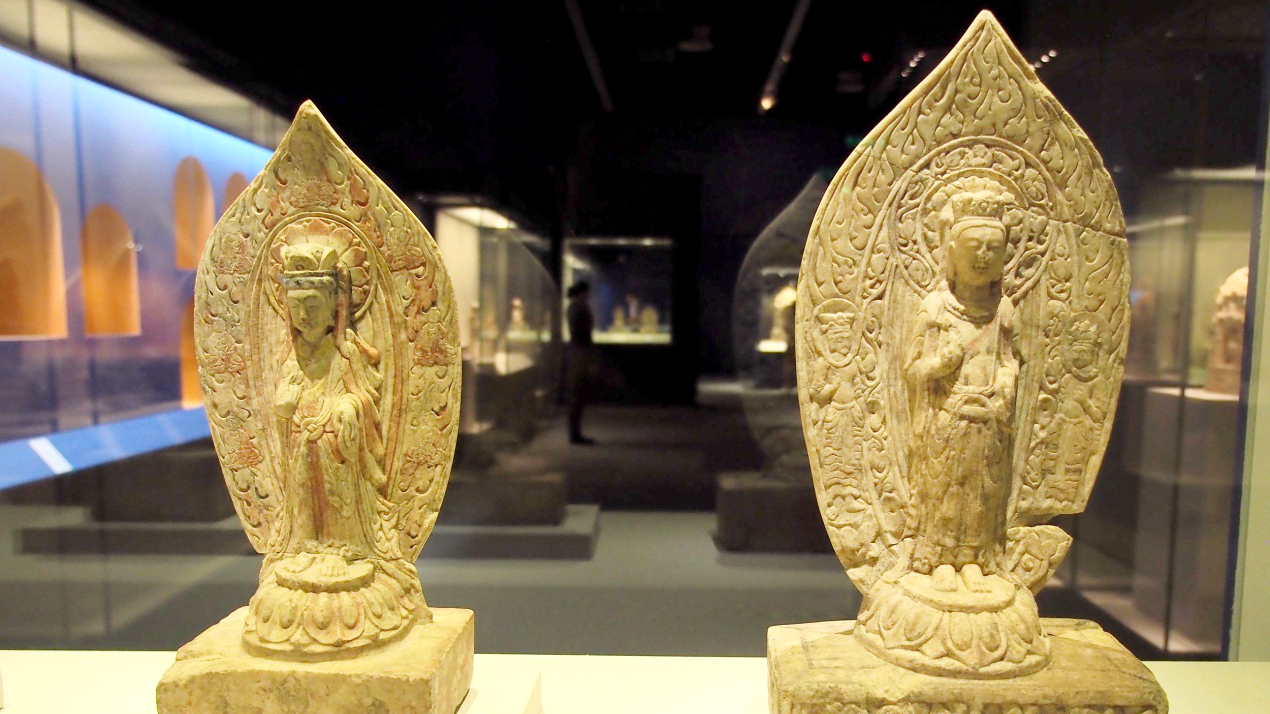 A series of exhibitions has recently opened in the capital's museums and art galleries, offering visitors a chance to learn about art and history.

First, we take you to the National Museum of China, where an exhibition of ancient bamboo writing slips from the Qin Dynasty is underway.

A total of 175 ancient bamboo slips were unearthed from Liye township in Longshan county, central China's Hunan Province. Carved on them are the state secrets of the first emperor of the Qin Dynasty (221-206 B.C.).

Huang Qian, curator of the National Museum of China, said, "And this particular piece has even subverted Chinese scholars' established understanding of the administrative division of the Qin Dynasty. It labels Dongting Prefecture, something even ancient books like Records of the Grand Historian of China didn't record."

Other items on display include the earliest envelope in China. The relics explain how strict the attendance assessment used to be for government officials two millennia ago. There are even wooden slips of the most complete multiplication table found in China, as well as the earliest in the world.

The writing slips predate the invention of paper, giving them great significance in furthering research on Qin Dynasty politics, economy and culture. 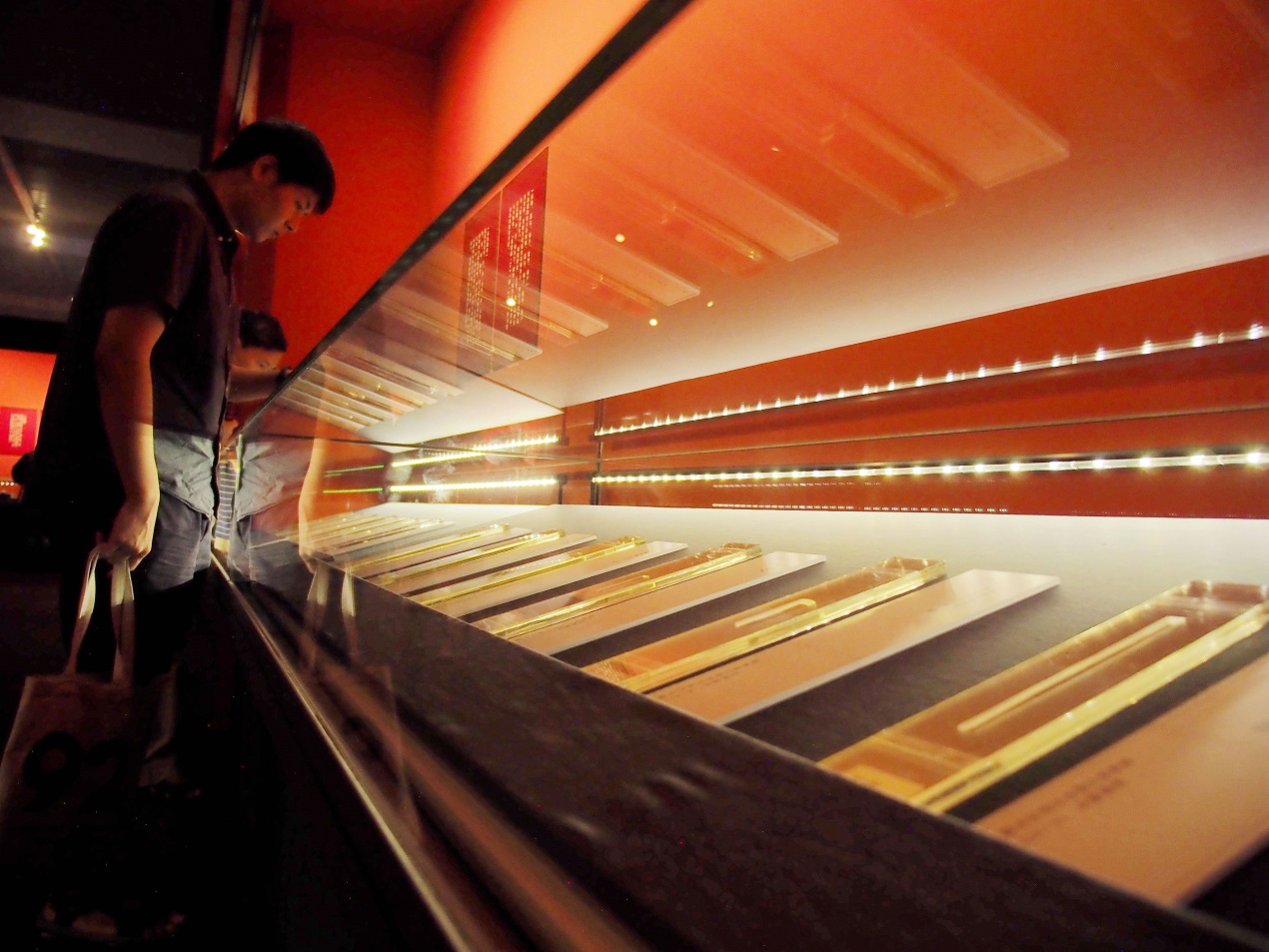 An exhibition of ancient bamboo writing slips from the Qin Dynasty. /VCG Photo

An exhibition of ancient bamboo writing slips from the Qin Dynasty. /VCG Photo

The National Museum of China is also hosting the Yecheng Buddhist Statuary Exhibition. The show displays more than 170 of the most representative artifacts found at the Yecheng archaeological site in northern China’s Hebei province.

Since the start of excavations in 2012, the Yecheng archaeological site has produced nearly 3,000 pieces of Buddhist statues and relief sculptures. Among them, the majority date back to the Northern Qi Dynasty, or around 550 AD.

As one of a succession of regimes ruling northern China prior to unification under the Tang Empire, the Northern Qi Dynasty lasted less than three decades. As its ruling classes were devoted Buddhists, the period produced a distinctive style of Buddhist statues.

The exhibition at the National Museum in Beijing will run for two months. 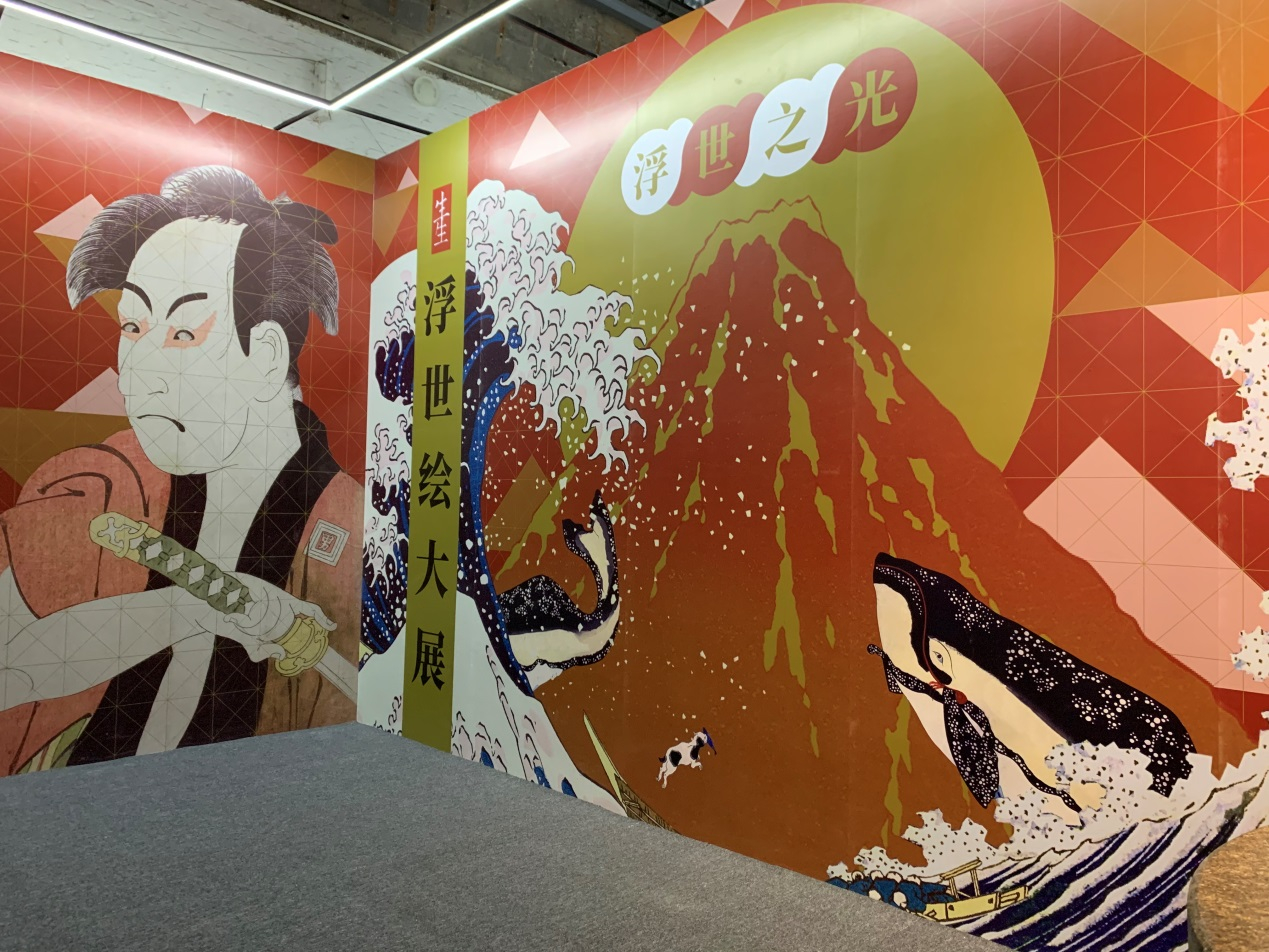 Meanwhile, Ukiyo-e prints are on exhibition at the 798 Art District.

Katsushika Hokusai, Utagawa Kuniyoshi, Ando Hiroshige – these masters' most popular works are just a few of the most coveted Ukiyo-e woodblock prints on display. Works from the beginnings of the movement all the way through its heyday, decline and revival are present.

Ukiyo-e woodblock prints first appeared in Japan during the Edo Period in the 17th Century. Flashy kabuki actors and stylish courtesans were the most popular subjects. Later artists depicted scenes from nature, with works like Hokusai's 36 Views of Mount Fuji among the most recognizable. Ukiyo-e prints also played their part in the development of Western art in the late 19th Century, influencing such artists as Van Gogh, Monet, Degas and Klimt.

Dong Bingyue, a researcher of the Institute of Literature, Chinese Academy of Social Sciences, said, "Ukiyo-e has a close relationship with China. The woodblock printing technique originated in China, where it was used to make Chinese New Year prints. Many Ukiyo-e themes are about China, such as Tang Dynasty poems, fairy tales, literature works, and moral principles. I would say that Ukiyo-e is a combination of Japanese and Chinese cultures."

Exhibition-goers are welcome to try woodblock printing, indigo dyeing, and flower arranging, and can even make their own Ukiyo-e prints. The exhibition runs until October 13.