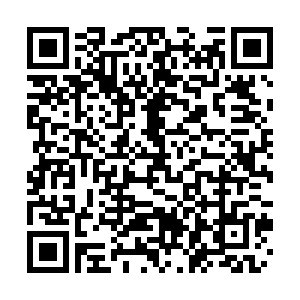 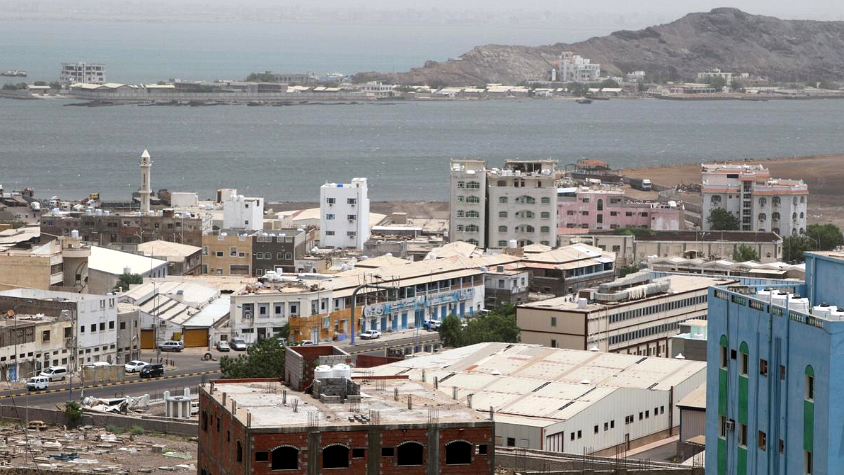 The United Arab Emirates on Monday downplayed a rift with ally Saudi Arabia over Yemen after separatists it backs took control of Aden that was the base of the Saudi-backed government.

But the UAE stopped short of asking the southern fighters to cede control of the Yemeni port, as Saudi Arabia wants in favor of President Abd-Rabbu Mansour Hadi's government.

The Sunni Muslim coalition led by Riyadh has fractured after more than four years fighting for the internationally-recognized Hadi government against the Iran-aligned Houthi movement.

The Houthis control Yemen's capital Sanaa and most populous areas. Hadi is based in Saudi Arabia, but his government, troops and allied parties ran Aden until the separatists, who have a rival agenda, overran government bases at the weekend.

The war in Yemen since 2015 has killed tens of thousands of people and pushed an already poor nation close to famine.

Saudi Arabia is squarely backing Hadi after the UAE-backed separatists seized military sites and surrounded the nearly empty presidential palace in the southern port on Saturday. 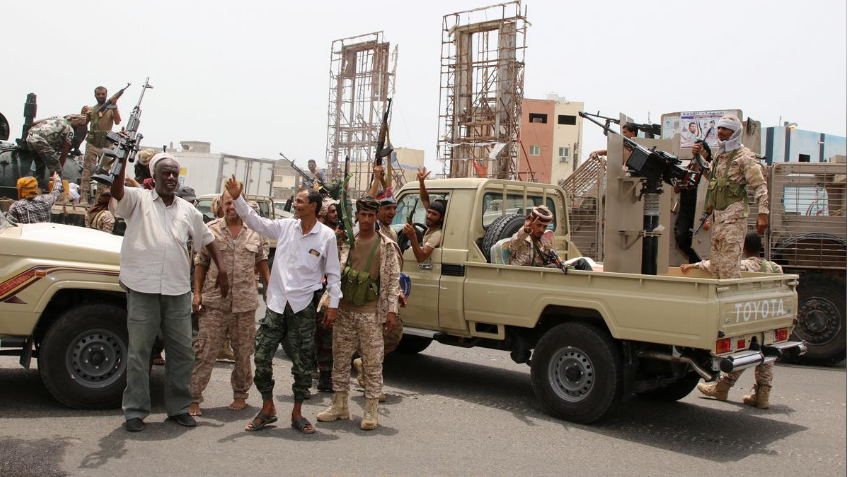 Abu Dhabi's crown prince met King Salman bin Abdelaziz and Crown Prince Mohammed bin Salman in Mecca on Monday, in an apparent effort to stop further damage to their alliance that would boost the Houthis, and their foe Shi’ite Muslim Iran.

The coalition has vowed further attacks to dislodge southern fighters after hitting a separatist area on Sunday.

The UAE, Saudi Arabia's main military ally on the ground for most of the war, has drawn down forces since June amid Western pressure to end the war. 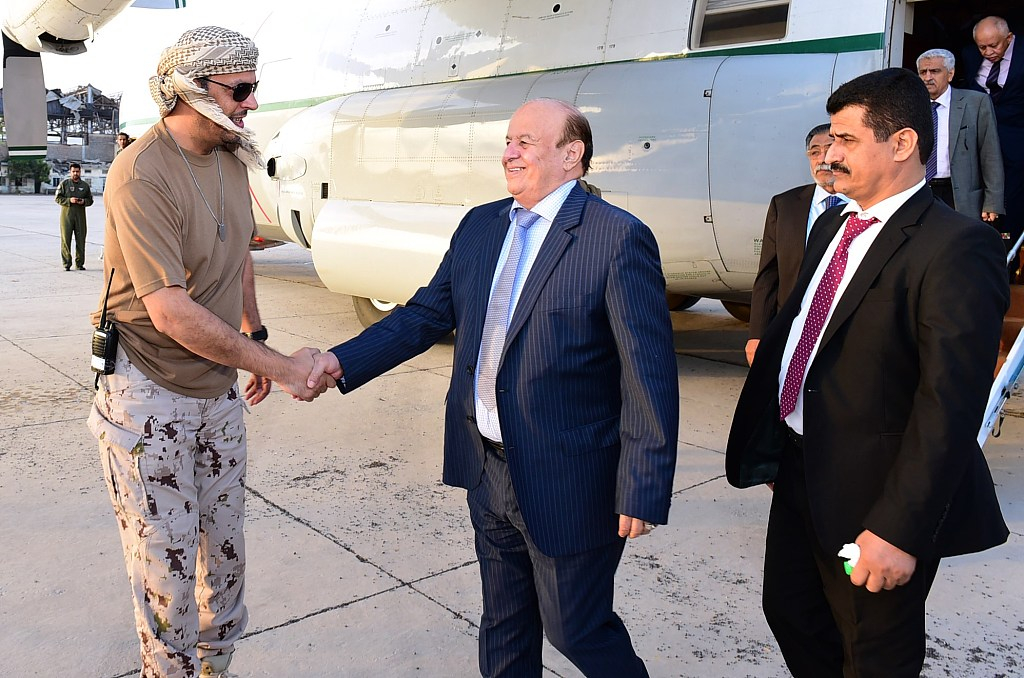 A file photo of Yemen's president President Abedrabbo Mansour Hadi (C) shaking hand with an unidentified man after disembarking from a Saudi air force plane upon his return from exile to the southern city of Aden, November 17, 2015. /VCG Photo

A file photo of Yemen's president President Abedrabbo Mansour Hadi (C) shaking hand with an unidentified man after disembarking from a Saudi air force plane upon his return from exile to the southern city of Aden, November 17, 2015. /VCG Photo

Zubaidi said his fighters still support the coalition against the Houthis, who ousted Hadi from Sanaa in late 2014.

He did not commit to pulling forces from sites seized following clashes that killed 40 people, including civilians.

The United Nations and other groups have pulled some staff from Aden, which handles commercial and aid imports.

"We are decreasing our staff numbers in Aden until we can determine that we can safely perform all our tasks once more," UN spokesman Farhan Haq said in New York on Monday.

The World Food Program has taken 17 UN staff and 21 others out of the city on a ship, spokesman Herve Verhoosel told Reuters in Geneva. He said six WFP staff remain in Aden.

"It is quiet now but people are still worried. We don’t know where matters are heading," said Aden resident Adel Mohammed, worrying that power and water may be disrupted again. 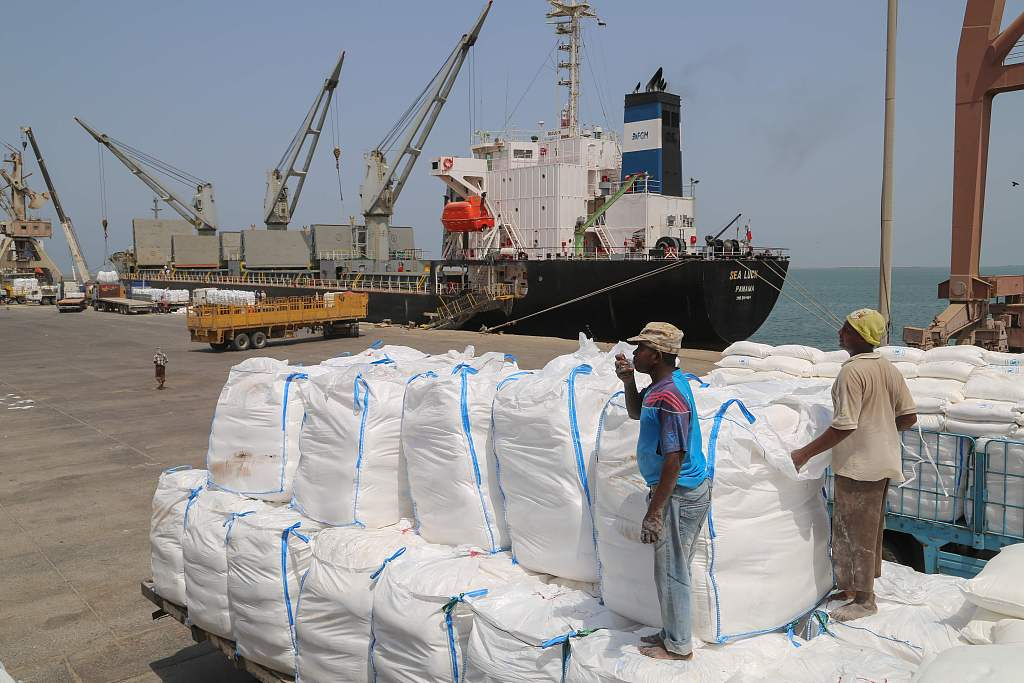 Zubaidi said the separatists, who want an independent south Yemen, had no choice but to seize Aden following a Houthi missile strike on southern forces earlier this month.

The separatists accuse a party allied to Hadi of being complicit in that strike, which it denies.

Violence has also escalated in other parts of Yemen after the Houthis, who say their revolution is against corruption, stepped up missile and drone attacks on Saudi cities.

The coalition said it attacked Houthi targets in northern Hajjah province on Sunday that the movement said killed 11 civilians. The alliance said it was probing civilian deaths.