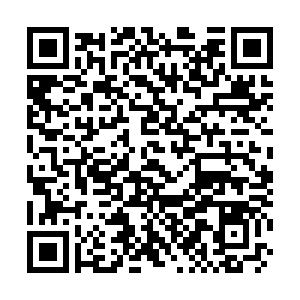 A spokesperson for the Office of the Commissioner of the Ministry of Foreign Affairs of China in the Hong Kong Special Administrative Region (HKSAR) Wednesday severely condemned the violent acts of protesters against a traveler and a reporter at the airport on Tuesday evening, calling the U.S. the "black hands" behind these mobsters.

"Some politicians and diplomatic officials from the United States have played a role of protector and spokesperson for these mobsters in recent violent acts in HKSAR," the spokesperson said, adding that "such irresponsible remarks made by U.S. politicians on Hong Kong affairs which confused black from white and incited troubles will be condemned by all Chinese people including seven million HKSAR residents."

The remarks were made in response to recent fallacies made by U.S. politicians including House Speaker Nancy Pelosi and Senator Marco Rubio.

On Tuesday night, violent protesters surrounded and assaulted a traveler and a reporter at the Hong Kong International Airport and obstructed emergency staff from taking the passenger to the hospital.

"The anti-China forces that intend to destabilize Hong Kong should never underestimate our firm will and capability to safeguard the national sovereignty and security and to maintain Hong Kong's prosperity and stability," the spokesperson stressed.

"Hegemonists will pay a heavy price if they act arbitrarily on the soil of others. Any illegal and criminal act will be severely punished by law," the spokesperson added.