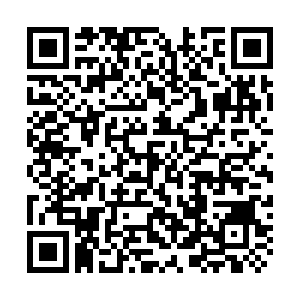 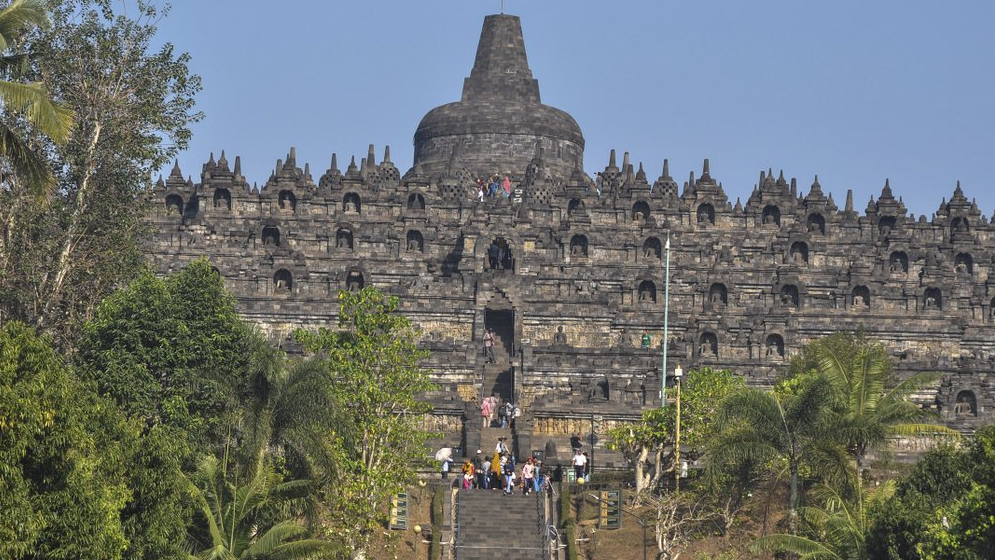 The 9th century Borobudur Temple is in the center of Indonesia's Java island, a densely populated region with stunning vistas. Other highlights include the towering Hindu temple complex of Prambanan, like Borobudur, a UNESCO World Heritage site, and Mount Merapi, the country’s most active volcano, whose lava-covered slopes are accessible by jeep.

While the temples draw many visitors, other foreigners head to the relaxing beaches of Bali, just east of Java and by far the most popular tourist destination in a nation of thousands of islands and almost 270 million people. More than six million tourists visited Bali last year, or about 40 percent of 15.8 million visitors to Indonesia overall, according to official figures.

Key to the plan is to upgrade provincial airports and improve access to outlying destinations, such as Lake Toba on Sumatra island, more than 1,300 kilometers (800 miles) from Jakarta, the capital. Yogyakarta, the provincial city from where visitors head to Borobudur and Prambanan, is getting a second airport, expected to be fully operational later this year.

The Indonesian tourism sector grew by 7.8 percent in 2018, or twice the global average, according to the World Travel and Tourism Council.

One of the 10 sites earmarked for development is the Borobudur Temple area and nearby Yogyakarta, a city of several hundred thousand people that is embedded in a large metro area. The city is a center of Javanese culture and a seat of royal dynasties going back centuries. 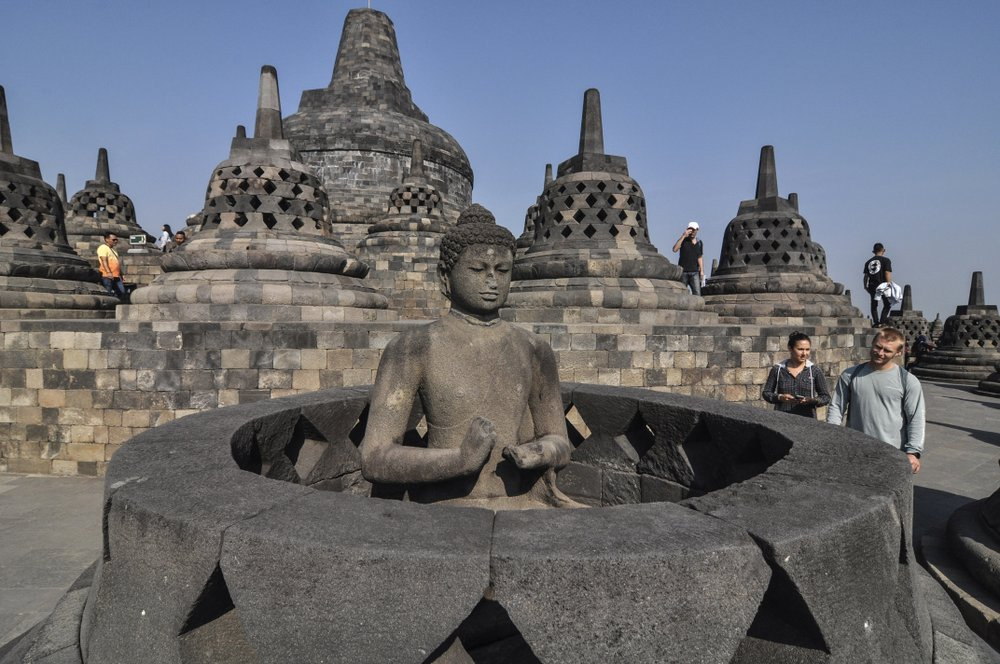 Travelers hoping to be in place at Borobudur just before sunrise need at least 90 minutes to get there from Yogyakarta, a journey of 40 kilometers (24 miles). A 230-kilometer (140-mile) round trip to the Dieng highlands, with terraced fields, small temples and a colorful volcanic lake, requires a full day of travel, some of it on bumpy back roads.

Jan Tenbrinke, 37, from Zwolle in the Netherlands, said Bali is the next stop for his family of four, but that he hoped to get a better sense of Indonesian culture in Yogyakarta.

In the city, tourists can visit workshops for Batik textiles, silver jewelry and Kopi Luwak — coffee made from partially digested coffee cherries that were eaten and defecated by wild tree cats, or civets. Billed as the “world’s most expensive coffee,” Kopi Luwak became known to a wider audience in the 2007 Jack Nicholson-Morgan Freeman movie “The Bucket List.”

Local museums, including two royal palaces and a former Dutch fort, pose a challenge for foreign visitors eager to learn more about local history and culture because they mostly lack easily accessible explanations in English.

Hiramsyah Thaib, who heads the “10 New Balis” initiative, acknowledged that there is room for improvement. He said Indonesia is determined to catch up with other Asian nations, including Thailand, which he said began developing their tourism industries much sooner.

“There is still a lot of work,” he said of his nation’s efforts. “We believe we are on the right track.”