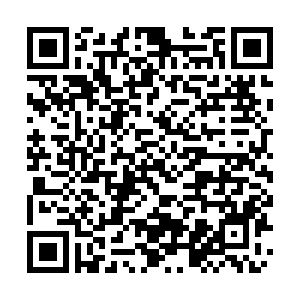 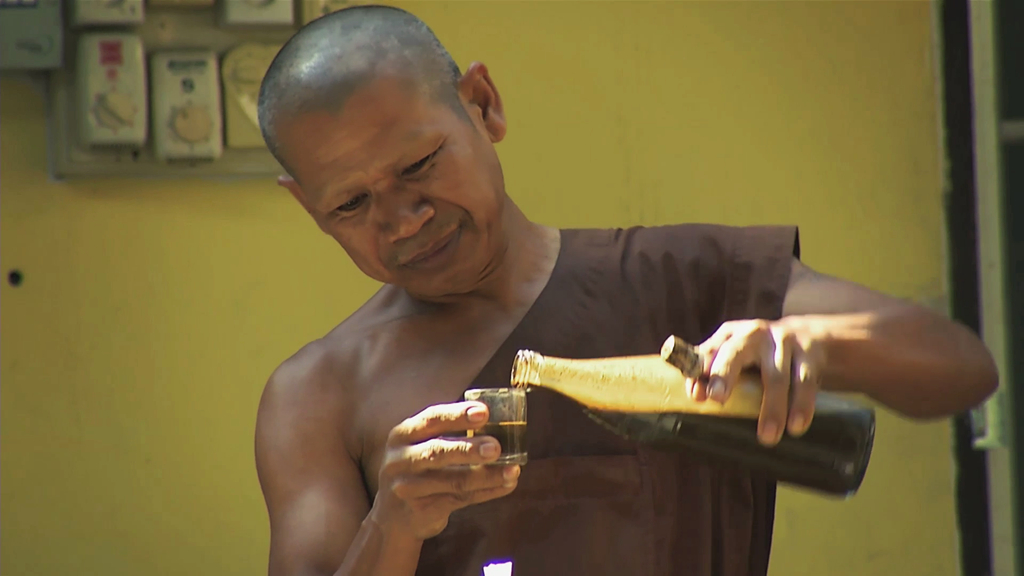 How about some horrible-tasting herbal brew that induces severe vomiting? That might not sound like anyone's cup of tea, but many former drug addicts at Thailand's Tham Krabok Temple rehabilitation clinic are sipping on the drink.

One such addict, who identified himself as only Ricky told CGTN's Assignment Asia, "People say just hold your nose and drink it. I've been drinking it and it hasn't done me any harm."

The temple's rehabilitation program has made a name for itself for its unusual way of detoxifying and transforming its patients.

The program is open to all, Thais and foreigners alike.

Although patients have to meet the basic costs of food and lodging, the rest – including the vomit-inducing brew – is free.

The potion is brewed from a secret recipe of more than 100 wild plants and herbs, which are stewed for days in a huge urn.

Eventually a pungent liquid is produced with what the monks say is the power to detox the most hardened addicts.

Phra Vichit Akkachitto from the temple explains, "We help them become self-dependent. When they quit using drugs, they can rely on themselves." 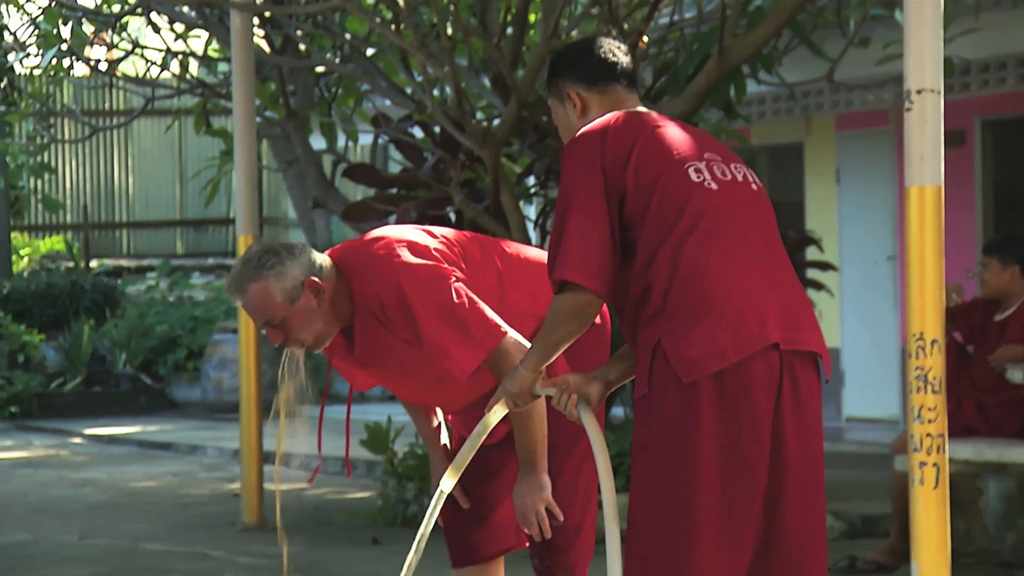 A patient vomits after drinking the liquid. /CGTN Photo

A patient vomits after drinking the liquid. /CGTN Photo

However, he says it's more for the mind than the body, adding, "It's like a belief or a psychological effect."

Assignment Asia is CGTN's award-winning current affairs program featuring long-form stories and documentaries on some of the most pressing issues in the region. The show airs Saturdays at 1330 and 2130 GMT, with replays every Sunday at 0630, Monday at 0130, and Tuesday at 0530.