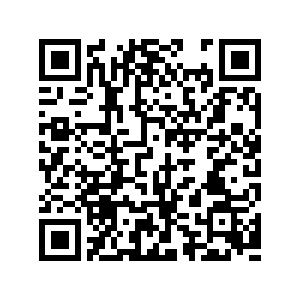 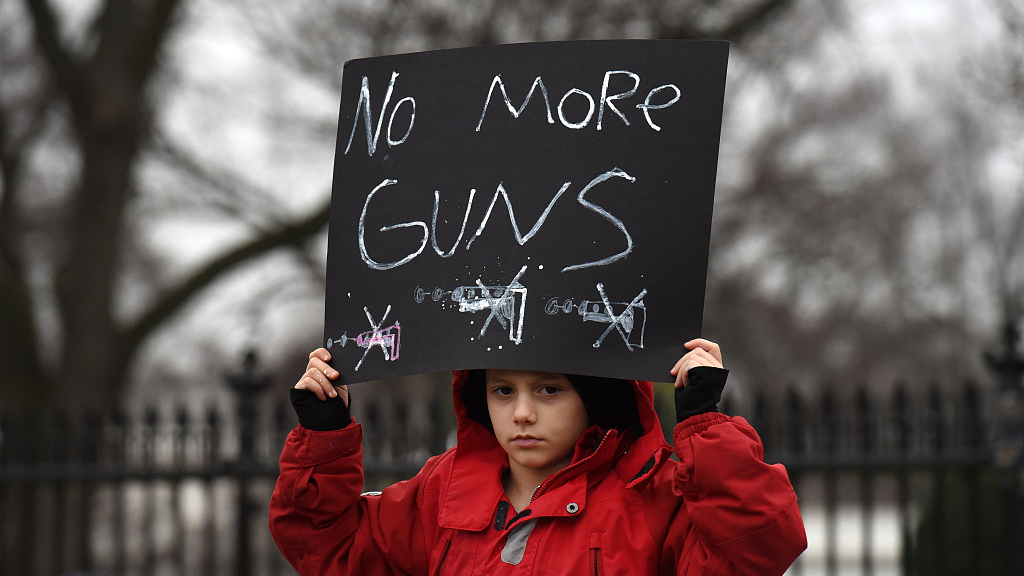 Editor's note: Elizabeth Drew is a Washington-based journalist and the author, most recently, of "Washington Journal: Reporting Watergate and Richard Nixon's Downfall." The article reflects the author's opinions, and not necessarily those of CGTN.

After every mass shooting in the United States, Americans and others around the world are confronted with the question of what lies behind this distinctly American horror. Though total gun deaths in the U.S. have actually declined over time, mass shootings (those with at least four victims) have become deadlier and more frequent. Some have had an especially strong emotional impact on the country.

The back-to-back mass shootings in El Paso, Texas, and Dayton, Ohio, on the first weekend of August are widely being viewed as the straw that will break the back of the U.S. gun lobby, particularly the National Rifle Association (NRA), which has long stood in the way of congressional passage of gun-control measures. Yet we have heard similar predictions before. After the massacre at Sandy Hook Elementary in Connecticut on December 14, 2012, when a 20-year-old man gunned down 20 first-graders and six adults, then-President Barack Obama, wiping tears from his eyes, vowed to take action.

On the face of it, adopting meaningful gun-control legislation after such a horrendous tragedy should not have been a problem. Polls showed that 92 percent of the public supported closing loopholes in the requirement for background checks – which at present don't include examinations of individuals purchasing firearms at gun shows, privately from another individual, or online – and that 62 percent supported a ban on high-capacity magazines. It was hard to ignore the emotional appeal of the shattered parents who'd come to Washington to plead their case. Yet, even in the wake of Sandy Hook, the U.S. Senate voted down two measures to tighten gun-control laws.

To understand why, it's important to keep in mind that the politics of gun control emanate from the same counter-majoritarian principle that gave Americans the Electoral College. In the Senate, far less populous western, midwestern, and southern states – home to hunters and conservative-leaning John Wayne wannabes – have the same representation as far larger states like New York and California. So, even when most Americans favor stronger gun-control laws, that majority position isn't necessarily reflected in the makeup of the Senate. 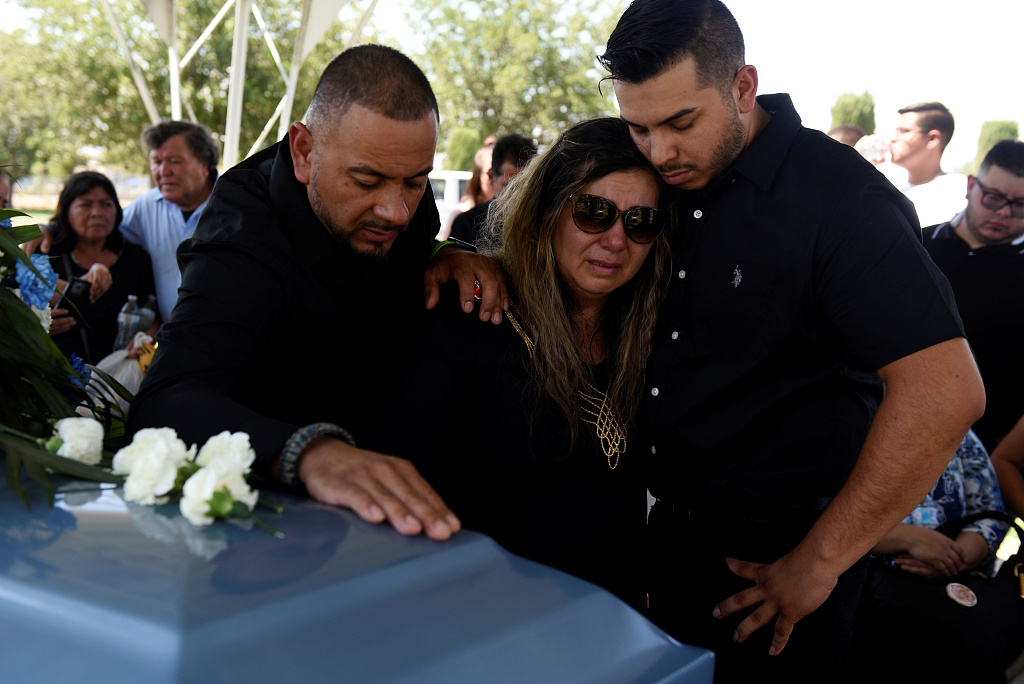 At the same time, gun-control opponents have benefited enormously from a seemingly nonsensical interpretation of the Second Amendment. Adopted in 1791, the Second Amendment states that, "A well-regulated Militia, being necessary to the security of a free State, the right of the people to keep and bear Arms, shall not be infringed.” Books have been written about the amendment's true meaning, but to gun-rights advocates, neither the plain text nor the historical context of the amendment matters. By ignoring the governing clause – "a well-regulated Militia, being necessary" (an awkward comma, to be sure) – they assert an individual "right to keep and bear arms" as if it had been handed down from Mount Sinai.

In reality, the Second Amendment is a product of its time, reflecting the former colonies' perceived need to protect themselves from a standing government army. Moreover, the weapons of the time were simple objects compared to the deadly semiautomatics and magazines that the NRA tries to convince "sportsmen" they must have, and for which there is no appropriate civilian purpose. (Needless to say, gun manufacturers have contributed millions of dollars to the NRA.)

Arguments over the meaning of the Second Amendment remained at an impasse for over two centuries. Then came the Supreme Court's landmark 5-4 decision in District of Columbia v. Heller (2008), which invalidated the District of Columbia's ban on privately owned handguns in the nation's capital. With the Court having become even more conservative since then, new gun-control laws that come before it may well suffer a similar fate, especially if President Donald Trump wins re-election.

The last major gun-control legislation enacted in the U.S. was the 1994 Violent Crime Control and Law Enforcement Act, which included a ban on assault weapons. As a compromise, that provision came with a number of loopholes, as well as a "sunset" clause requiring that it be explicitly renewed after 10 years. In the event, the ban was allowed to lapse in 2004, during George W. Bush's presidency.

The prevailing evidence shows that mass-shooting deaths fell during the years when the assault-weapons ban was in place, and then rose after it lapsed. If a tightened new ban were enacted, along with a reduction in the legal magazine capacity to 10 (from as much as 100 now), that would be a sign that Trump and Congress are serious about curbing mass slaughters. But there is little likelihood of it happening. 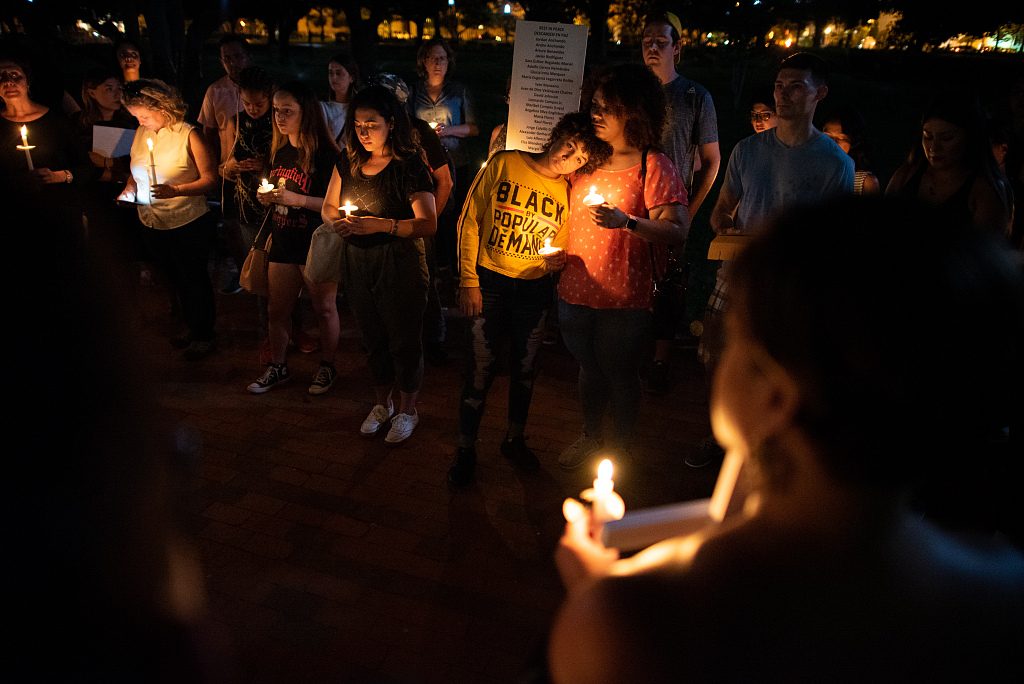 El Paso natives living in Washington, DC, host a vigil and participate in a 22-minute moment of silence for the 22 victims of the recent El Paso shooting in front of the White House, August 10, 2019. /VCG Photo

El Paso natives living in Washington, DC, host a vigil and participate in a 22-minute moment of silence for the 22 victims of the recent El Paso shooting in front of the White House, August 10, 2019. /VCG Photo

Still, in the wake of the El Paso and Dayton shootings, Trump has begun to strike a somewhat different tone on the issue, indicating that he would support "very meaningful background checks." But Trump talked the same way after a gunman murdered 17 people at Marjory Stoneman Douglas High School in Parkland, Florida, in February 2018. He soon backed off under pressure from the NRA (which, it is worth remembering, was implicated in Russia's efforts to help Trump in the 2016 election).

Following the latest two massacres, Trump also called for a "red-flag" law, which would allow courts temporarily to confiscate firearms from individuals deemed to be a danger to themselves or others, following notification by a family member or law-enforcement official. Such laws are already on the books in more than a dozen states, but many conservatives oppose them on the grounds that they deny due process. Nonetheless, some prominent Republicans, such as Senator Lindsey Graham of South Carolina, feel they have to do something about the mass shootings, and are now championing red-flag legislation.

Of course, neither background checks nor a red-flag law would have prevented the slaughter at Sandy Hook (the guns, after all, belonged to the shooter's mother, whom he killed first). But such measures would allow Trump and his fellow Republicans to claim that they have "done something" about the problem. Hence, even Senate Majority Leader Mitch McConnell – who chronically obstructs anything supported by the Democrats, but wants the Senate to remain in Republican hands – has said that he might consider legislation on background checks and red-flag laws.

Trump has once again painted himself into a corner. Since the latest massacres, he's been at pains to present himself as a reasonable fellow who can get behind gun reform (and perhaps mollify suburban women, his most dangerous foes on this issue). But he's also noticeably (and typically) anxious to maintain the loyalty of the rural voters who form an important part of his base. Trump has also taken the gamble of using racial politics and white supremacy as instruments for winning in 2020. When faced with the dilemma of trying to assuage suburban voters or keeping the base close, time after time his instinct has been to shore up the base. (That didn't work very well in 2018.)

Whatever happens in the next few months, the fact that there are more privately owned guns than people in the U.S. means that any new gun-control law would have only a marginal effect, at best. Despite the American public's urgent and desperate demand that lawmakers "do something," Trump is currently on a 10-day golfing vacation, and Congress is on its annual August recess. A lot, including a change in the national mood, could happen before it reconvenes.