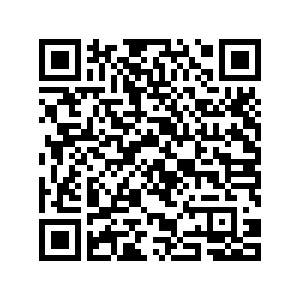 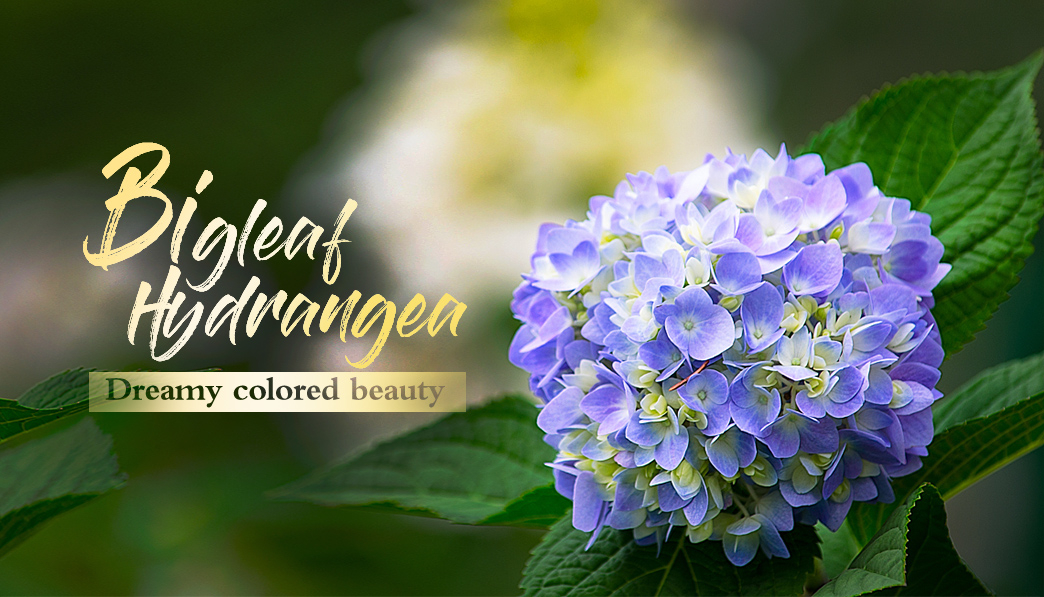 People like to classify colors by inspiration, as light blue, pink, white and light purple are described as "dreamy colors." Among the flowers that manifest these dreamy colors, the bigleaf hydrangea is a favorite, as it has amazing ball-shaped flowers.

The bigleaf hydrangea is native to Japan, and then naturalized in China, New Zealand and the Americas. The dreamy colors of this flower manifest different hues of white, blue, pink and purple. 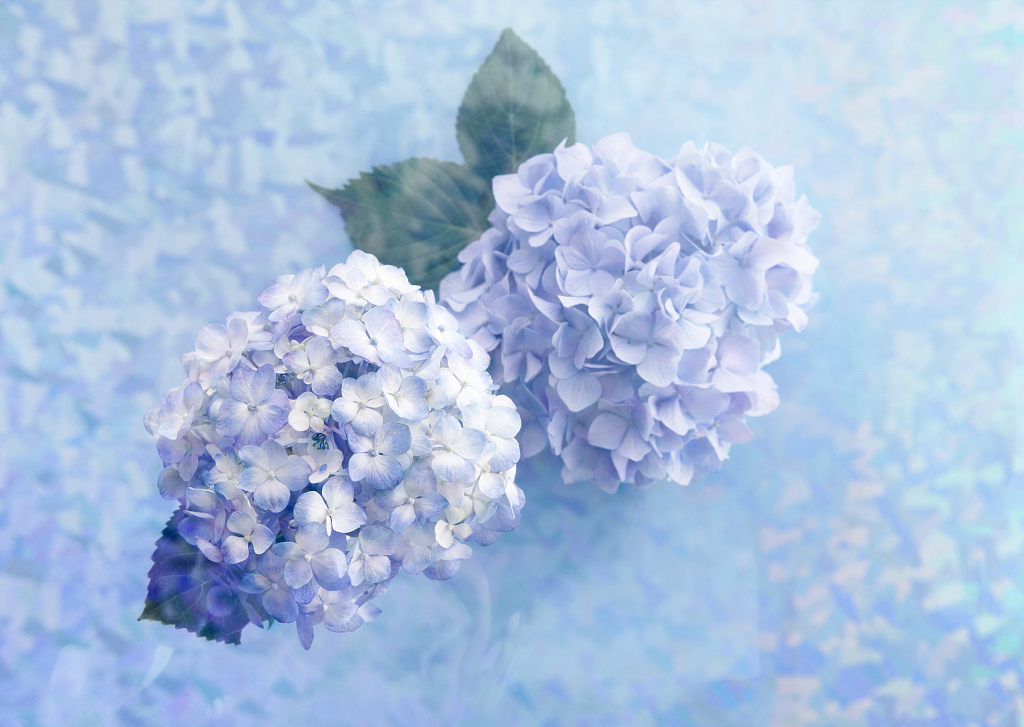 The color of the bigleaf hydrangea's flowers is influenced by the acidity of soil. Sometimes a single plant can even produce flowers with different colors. Hence, manipulating the soil pH to produce a variety of colors is an interest of gardeners. 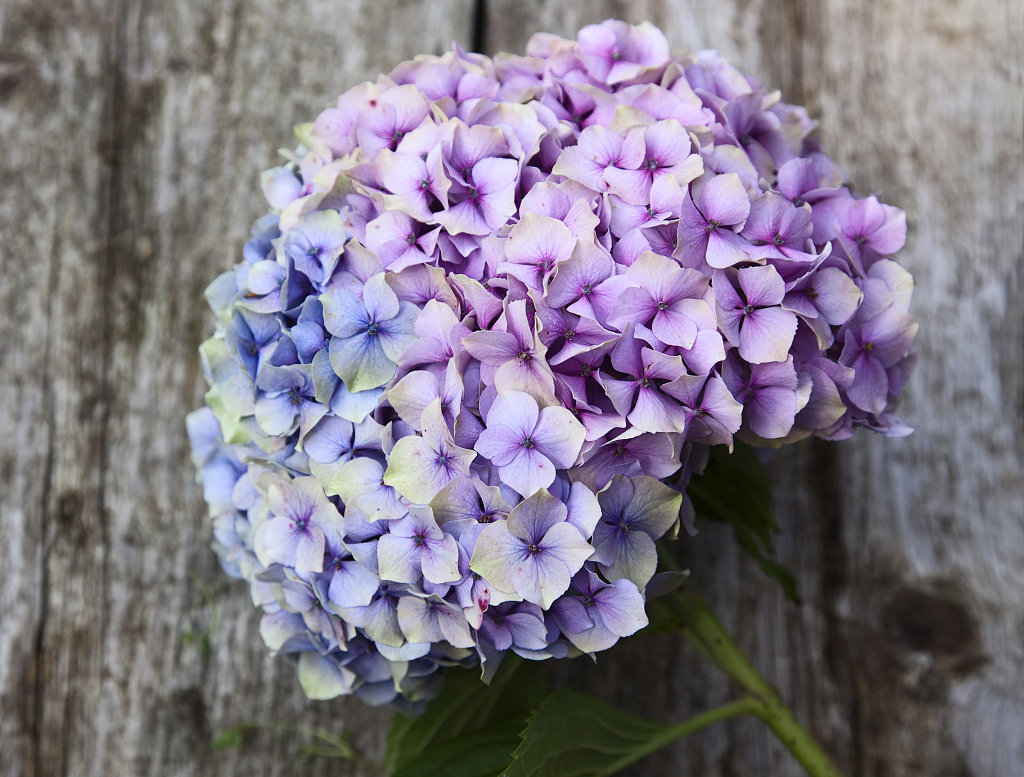 In Chinese, this plant is described as the "silk ball," which refers to the silk ball that some women in ancient China used to choose their grooms. They would use strips of silk to make a ball, then throw the ball out of a window, as their suitors gathered to scramble after the ball. The winner was eligible to marry the woman. 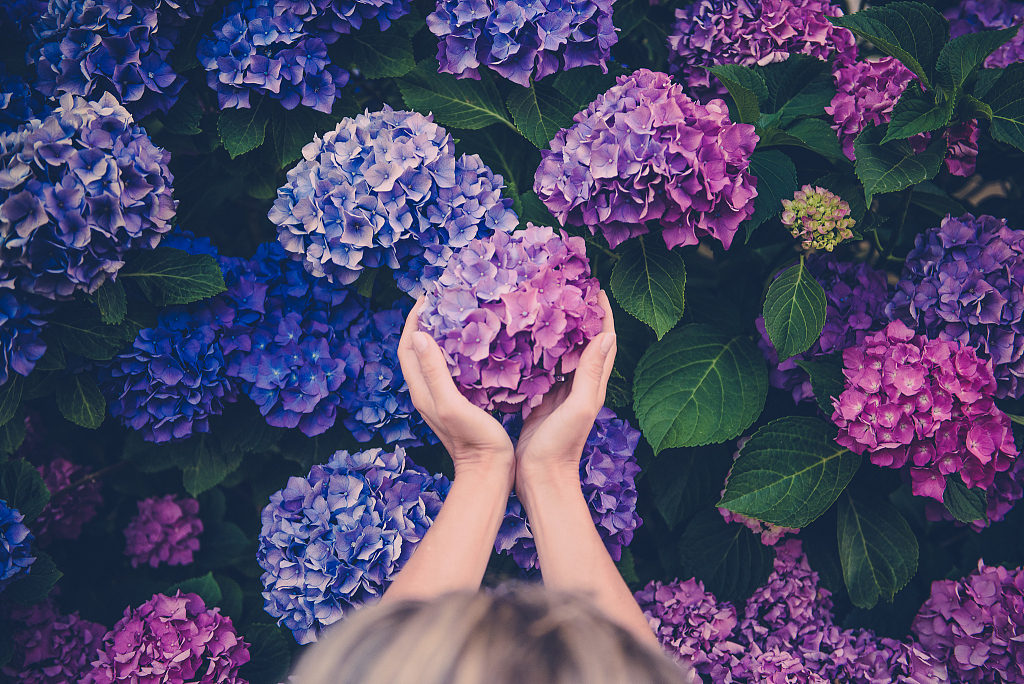 The bigleaf hydrangea usually blossoms from June to August. The blooming period might last longer or become shorter because of the local climate. It loves full sun and partial shade, and can produce the best vivid flowers when planted in rich and well-drained soil with medium moisture.

Bigleaf hydrangeas are growing at the Horticultural Expo in Beijing, China. Please take a look at them if you plan to visit.