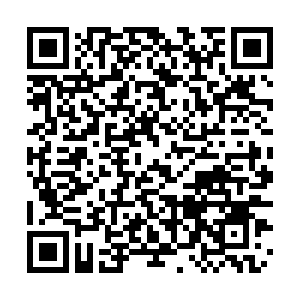 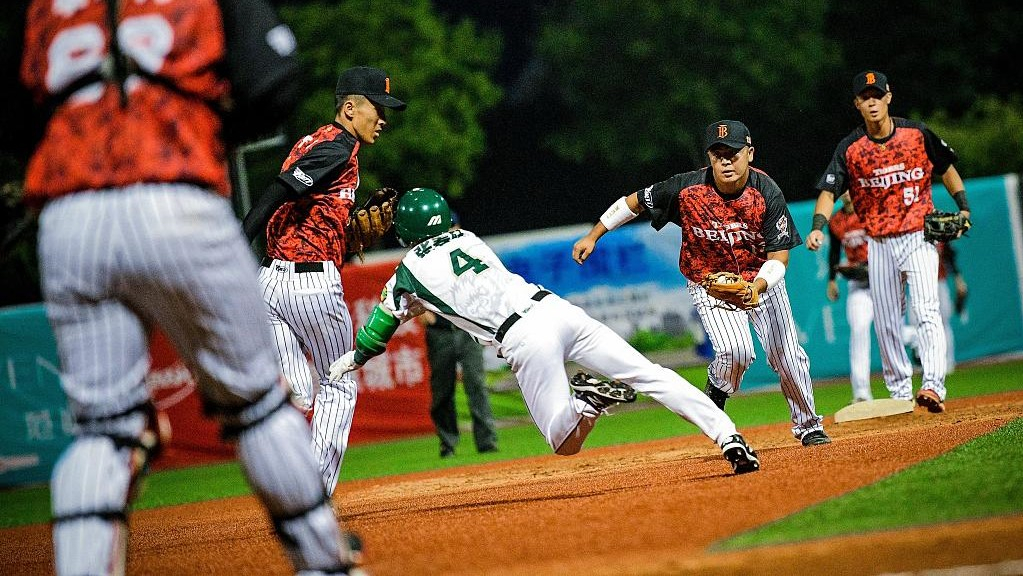 The China National Baseball League (CNBL) was launched in north China's Tianjin Municipality on Thursday, adding an important chapter to the history of Chinese baseball.

The opener happened between the Tianjin Lions and Beijing Tigers. They will join the other two teams, the Jiangsu Horses and Guangdong Leopards, to spend a two-month long season that includes 36 regular games, an All-Star Weekend and the Finals between August and October.

Three hours before the opener, the CNBL and MLB held a strategy conference in Tianjin. Li Yingchuan, vice director of the General Administration of Sport of China, Qin Xiaowen, president of the CNBL, Chen Xu, head of the Chinese Baseball Association, Jim Small, senior vice president of the MLB and Kim Ng, senior vice president for baseball operations of the MLB, attended the conference.

The two leagues signed a framework agreement for strategic cooperation at the conference and the MLB will provide various help including consulting and supporting service to the CNBL. 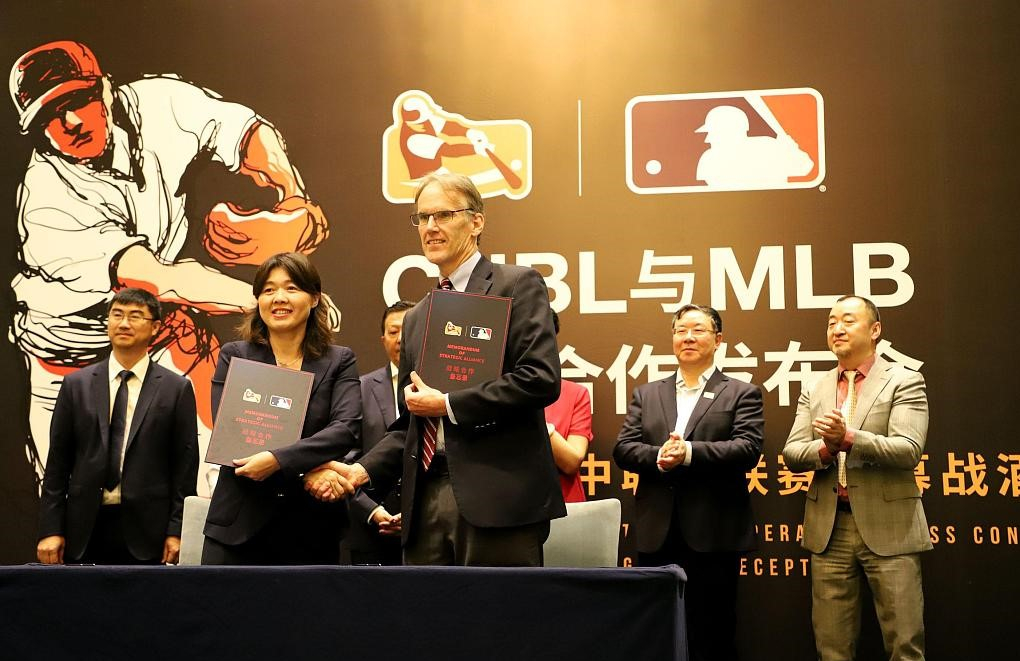 "Baseball development in China has been in a slump for a long time and we have suffered many setbacks in developing our own baseball league. We believe a professional league is required as a model so more teenagers will be interested in baseball and join the sport," said Qin.

Small said that the MLB is willing to share its experience with the CNBL over how to operate a league and its games, especially in the business area. The U.S. side wants to help their Chinese partner do a better job in baseball broadcasting and offer better watching experience to the fans.

Small also emphasized that the MLB is not coming to China to establish an American league because the CNBL is a Chinese home-grown league which is run and played by Chinese.

When asked about the differences between the CNBL and the MLB, Qin replied: "We have too much to learn. The two leagues are totally different because the Chinese one is far from being professional. Fortunately, we have the MLB as our partner who will help us in many areas. I'm looking forward to the cooperation between the two leagues."