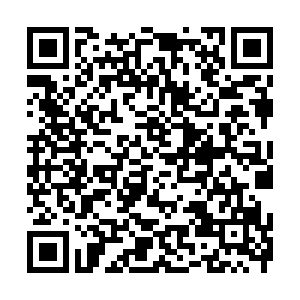 A spokesperson of China's mission to the United Nations in Geneva said on Tuesday that the United Nations High Commissioner for Human Rights (UNHCHR) made a wrongful statement on Hong Kong that contradicts the facts, interferes in what is happening in Hong Kong, and sends the wrong signal to the violent criminal offenders.

"Demonstrations in Hong Kong have recently taken a violent turn as some radical mobsters deliberately perpetuated violence," the spokesperson said, noting that their behavior has nothing to do with peaceful demonstrations.

"This is not tolerable for any responsible government and will only be met with a firm hand in accordance with the law. We take note the High Commissioner condemns any form of violence or destruction of property," the spokesperson added.

The police force is the backbone of Hong Kong's public order and rule of law, stressed the spokesperson.

A spokesperson of the Chinese Mission to the European Union (EU) said on Wednesday that the Chinese side is firmly opposed to the EU's "absolutely misleading and incorrect" statement on Hong Kong.

On Tuesday, the European External Action Service (EEAS) issued a statement on the situation in Hong Kong, which called upon all sides to exercise restraint and engage in a political process of dialogue.

The spokesperson pointed out that what happens in Hong Kong is "now evolving into extreme violence" and "any attempt to lump together the rigorously lawful exercise of duties by Hong Kong police with the extreme and violent offenses by the radicals is absolutely misleading and incorrect."

The top priority now in Hong Kong, said the spokesperson, is to stop violence and chaos, and restore law and order.