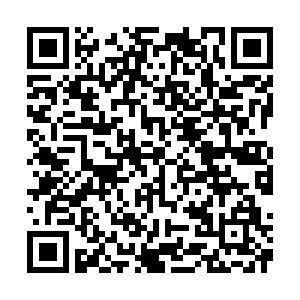 NBA superstar LeBron James on Wednesday dedicated a basketball court at the school he founded for underprivileged children in his hometown in Akron, Ohio.

Joined by his close friends and former teammates from nearby St. Vincent-St. Mary High School, James helped unveil a multicolored outdoor court at the I Promise School, which was founded in 2018 under the auspices of the LeBron James Family Foundation to support the youth in his childhood community.

"This is a basketball court, and we see basketball hoops, but it teaches you so much more than just basketball," James said.

"(It helps) to be able to create a brotherhood or sisterhood and create things that will last forever. A lot of people say things you do in high school you'll forget. Well, we created a friendship 25 years ago, and we're still firm and strong. This is our way of giving it back to you guys - paying it forward."

The school has just started its second academic year and now serves more than 300 students from grades three to five.

James has spent more than one million U.S. dollars on various upgrades for the school.

Along with his high school buddies, James played with the kids in a quick game, and the four-time MVP dunked to break in one of the hoops.

The 34-year-old will soon begin his second season with the Los Angeles Lakers. He missed the playoffs last season, failing to make the NBA Finals for the first time in nine years. 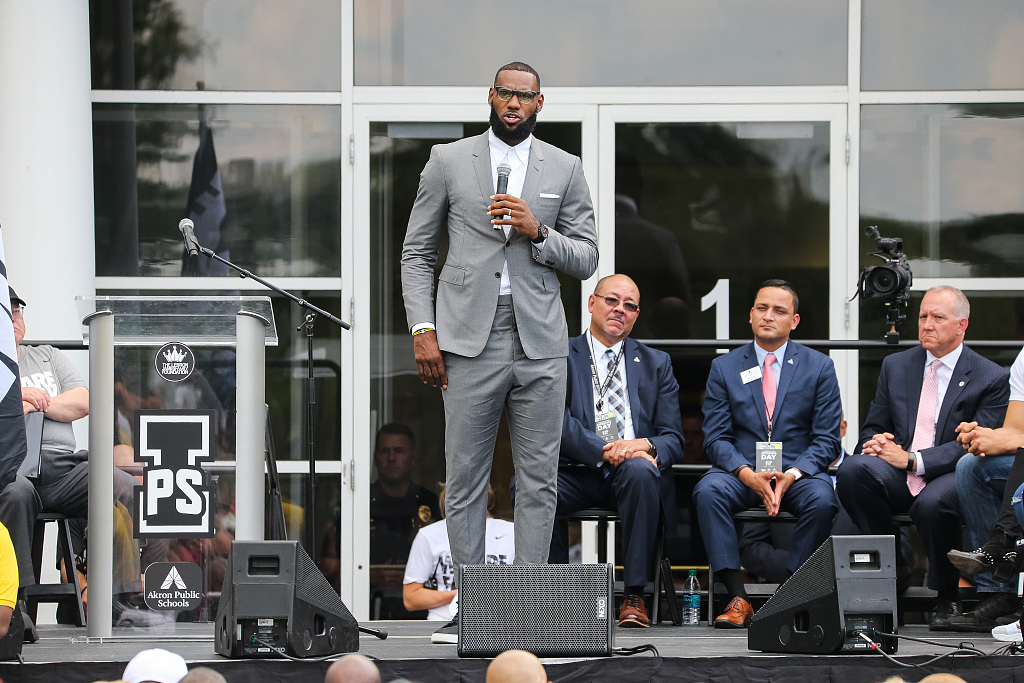 LeBron James addresses a crowd of students, parents, local officials and sponsors at the grand opening of the I Promise School in Akron, Ohio, July 30, 2018. /VCG Photo

LeBron James addresses a crowd of students, parents, local officials and sponsors at the grand opening of the I Promise School in Akron, Ohio, July 30, 2018. /VCG Photo

James has a busy schedule this summer. He has a starring role in "Space Jam 2," the sequel to "Space Jam" (1996), a live-action and animated sports comedy film.

"I loved his vision," James told The Hollywood Reporter of Coogler. "So, for Ryan to be able to bring that to kids, it's amazing."

In September, SpringHill Entertainment, James and business partner Maverick Carter's company, announced the "Space Jam" news by tweeting a cartoon image of a locker room with lockers for James, Bugs Bunny, Coogler and Terence Nance, who was scheduled to direct the film then.

Nance left the project on July 16, 2019, because he and "the studio/producers had different takes on the creative vision for 'Space Jam 2.'"

"Space Jam 2" is filming in Hollywood this summer and is scheduled to be theatrically released in the U.S. in 2021.

(With input from AP and Reuters)