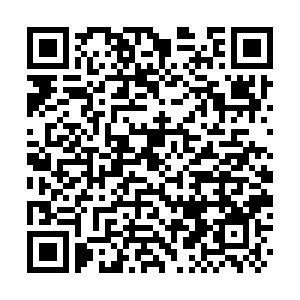 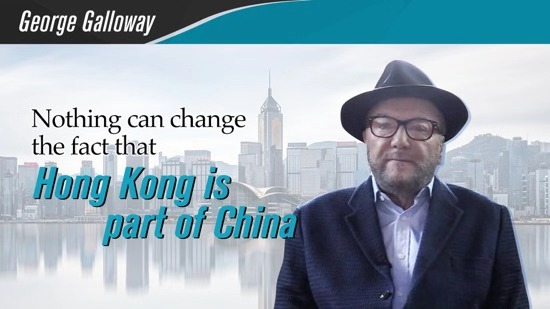 Editor's note: The recent protests in Hong Kong have plunged many parts of the city into chaos, and the latest disruption in Hong Kong International Airport, caused by demonstrators, saw a further escalation of tensions with the Hong Kong authority. George Galloway, a former British MP and writer, shared his view on the protests. Views expressed in the video are his and do not necessarily represent those of CGTN.

CGTN: Some HK protesters have thrown Chinese flags into the sea and defaced national emblems during the protests. What is driving their actions?

Galloway: Well, these are anti-national provocations, of course. They are something that we have seen before in the so-called color-coded revolutions in Ukraine and many other parts of the former USSR, so this is a playbook that we have seen many times before – throw the Chinese flag in the sea, hoist the American flag.

So people should not do things (like that). Whatever complaints they have, whatever grievances they have, whatever demands they have, they should stop short of throwing their own country emblems into the sea and hoisting the emblems of foreign countries, not least because these foreign countries cannot and will not come to their assistance or aid, they are merely using them. So I urge all the protesters in Hong Kong to turn away from the anti-national path.

CGTN: During the recent violent protests, the police have come under increasing scrutiny by Western media and have been accused of using "excessive force." What do you think?

Galloway: Well, there's nothing like the response of the French police 29 miles (46.6 kilometers) away (from where I am). Of course, the Hong Kong police should try to keep order in a nonviolent way as much as possible. But no country, absolutely no country will allow an existential threat to emerge on its territory, to its own sovereignty without responding in a way that brings the situation under control.

CGTN: What is behind the Western media's preoccupation with the series of Hong Kong protests?

Galloway: There have been massive countrywide protests by hundreds of thousands of people in France challenging the political alliances, the economic lines of the Macron government in France.

France is 29 miles (46.6 kilometers) from here where I'm sitting. It is our closest European neighbor, (recently), not a single frame or footage, not a word of the demands of the yellow vest protesters in France has made it onto the British state broadcaster, the BBC, whilst thousands of miles away in Hong Kong, we are treated every day to wall to wall coverage in the British media of events in Hong Kong.

This is as clear an example as you could possibly find of the state and media nexus, which is at play in the Hong Kong event so far as the British are concerned.