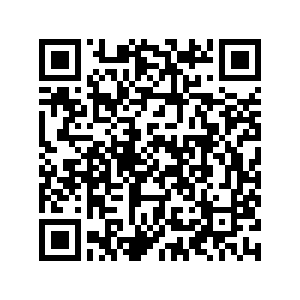 Pakistan has taken a first step toward banning single-use plastic bags seen as one of the biggest environmental hazards. The prohibition coincided with the country's 73rd Independence Day and started in the capital region on Wednesday.

People who manufacture, sell, or use plastic bags in the region of about 1.5 million will now face a fine.

Although the initiative appears small, it is considered an essential step, as the use of plastic bags is rising at an annual rate of 15 percent in the country, according to Pakistan's Ministry of Climate Change's data.

Climate Expert Hassaan Sipra from COMSATS University Islamabad said the government has opted to get a quick win by implementing it in the capital city of Islamabad as a model for other cities to emulate.

"The city (Islamabad) is wealthier and more educated, so it is a good testing ground for effectiveness," he told CGTN Digital.

Afia Salam, a Karachi-based journalist who writes on the environment and climate change, said the ban is like a pilot for scaling up the move across the country to counter the threat posed by plastic bags. 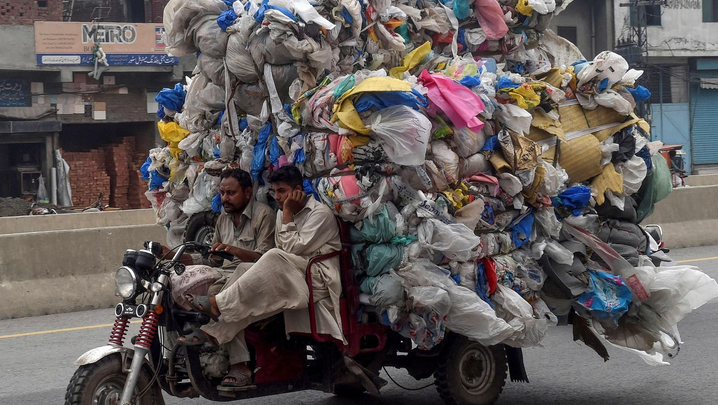 It is not the first time that Pakistan announced such a ban. The southern Sindh province banned polythene bags in 1994. The eastern province of Punjab followed suit the next year. Balochistan province in the west imposed a similar ban in 2001.

It is difficult to gauge the effectiveness of the prior restrictions, but the authorities appear to be raising awareness to achieve better results.

"While a lot of advocacy had been done prior to it and alternatives suggested, the key is in the implementation of the ban because many moves fail on that score," Salam told CGTN Digital.

It would be a good test case, she said.

The government ran an awareness campaign using posters, social media and other methods before the implementation of the ban, said Sipra.

"More than banning plastic bags, which is laudable, the government should focus on improving waste management collection, material recovery and recycling," he suggested. 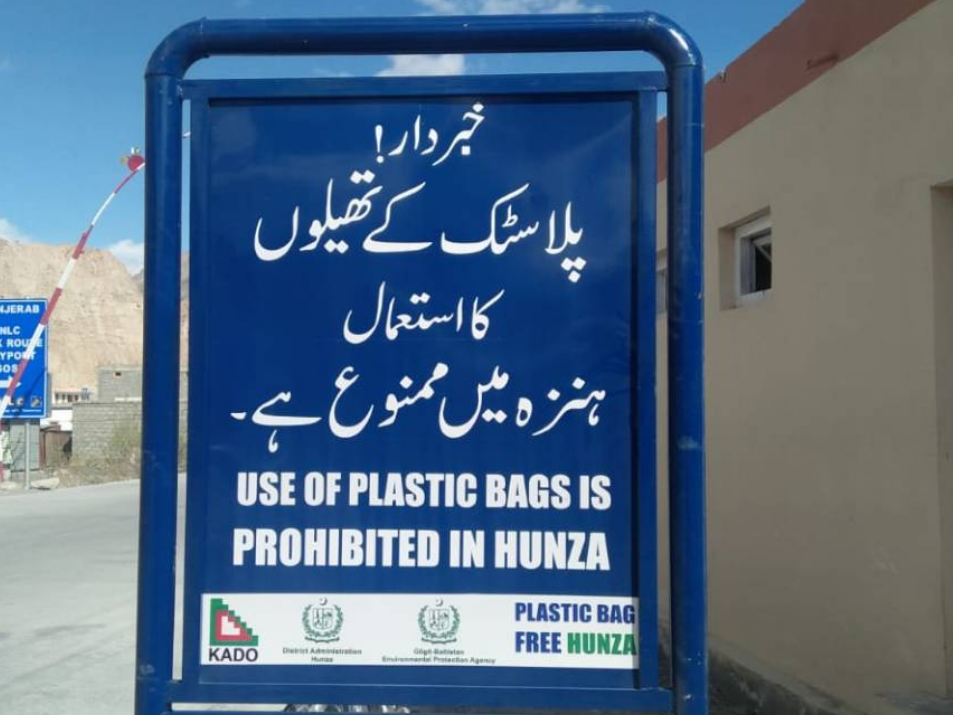 The list of countries taking measures against the use of plastic bags is quite long. In July 2018, the United Nations said that 127 countries had restricted or taxed plastic bags.

There are also continuous reports of new measures being adopted to limit the use of plastic bags, which an April National Geographic report said are in the top five items found in beach and river cleanups.

Local governments in more than half of India's 29 states and seven territories adopted legislation to restrict the use of plastic bags by the beginning of 2019.

The European Union in March 2019 passed a law forbidding many single-use plastic items, such as straws and cutlery, from 2021.

The resolution called on the private sector and governments to "promote the more resource-efficient design, production, use and sound management of plastics across their life cycle."