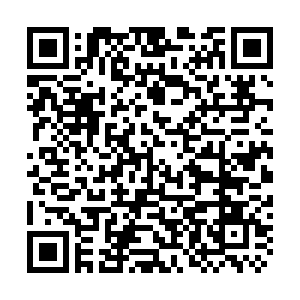 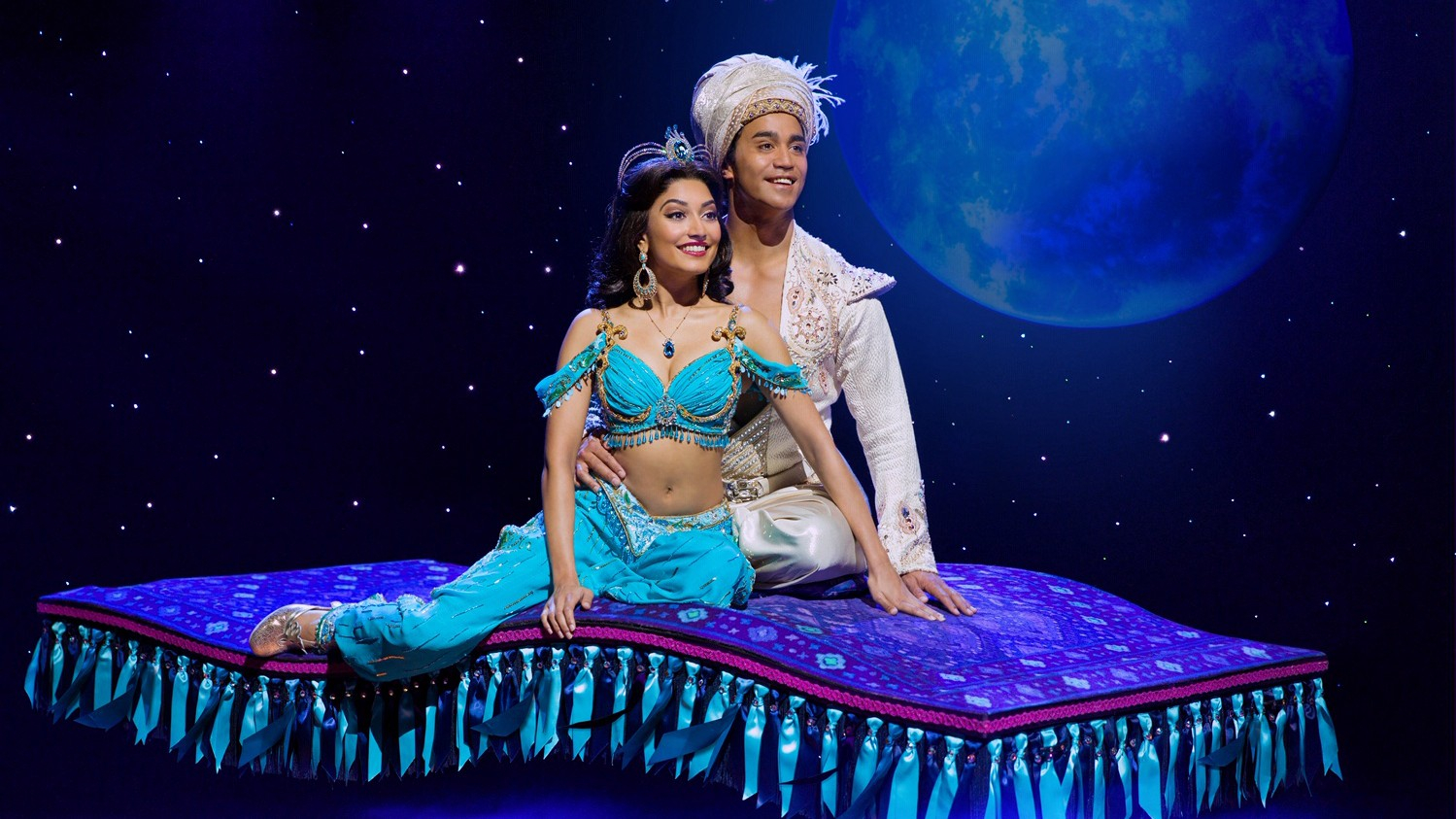 Dazzling costumes, mesmerizing set design and breathtaking performances. There is only one word to describe the "Aladdin" musical's Singapore pit stop — Magical.

A stellar star cast comprising of Graeme Isaako, Shubshri Kandiah and Gareth Jacobs helps bring the fantasy city of Agrabah and the sultan's palace to life in this big production.

The hit Broadway sensation from Disney theatrical productions is making its only stop in Asia at Singapore's Sands theater — with a limited season of only 50 performances.

And the response in the city-state has been incredible.

"'Aladdin' is such a joyous show so we were always hopeful of lots of laughter and enjoyment, but the audiences in Singapore have exceeded any of our expectations," said Paula McKinnon, associate producer and head of stage at Disney Theatrical Productions.

She added that the audience in Singapore "cheered and applauded with such enthusiasm, and we regularly receive standing ovations every night, which I believe are rare in Singapore."

To add to the fun, the production features some local Singaporean elements and foods — to further engage the audience.

"We always try and adapt certain references made throughout the show to localize it and to make it feel special for the audience we are playing too. There are some specific food references and some props that we use that should bring smiles to the faces of our audiences in Singapore," McKinnon added. 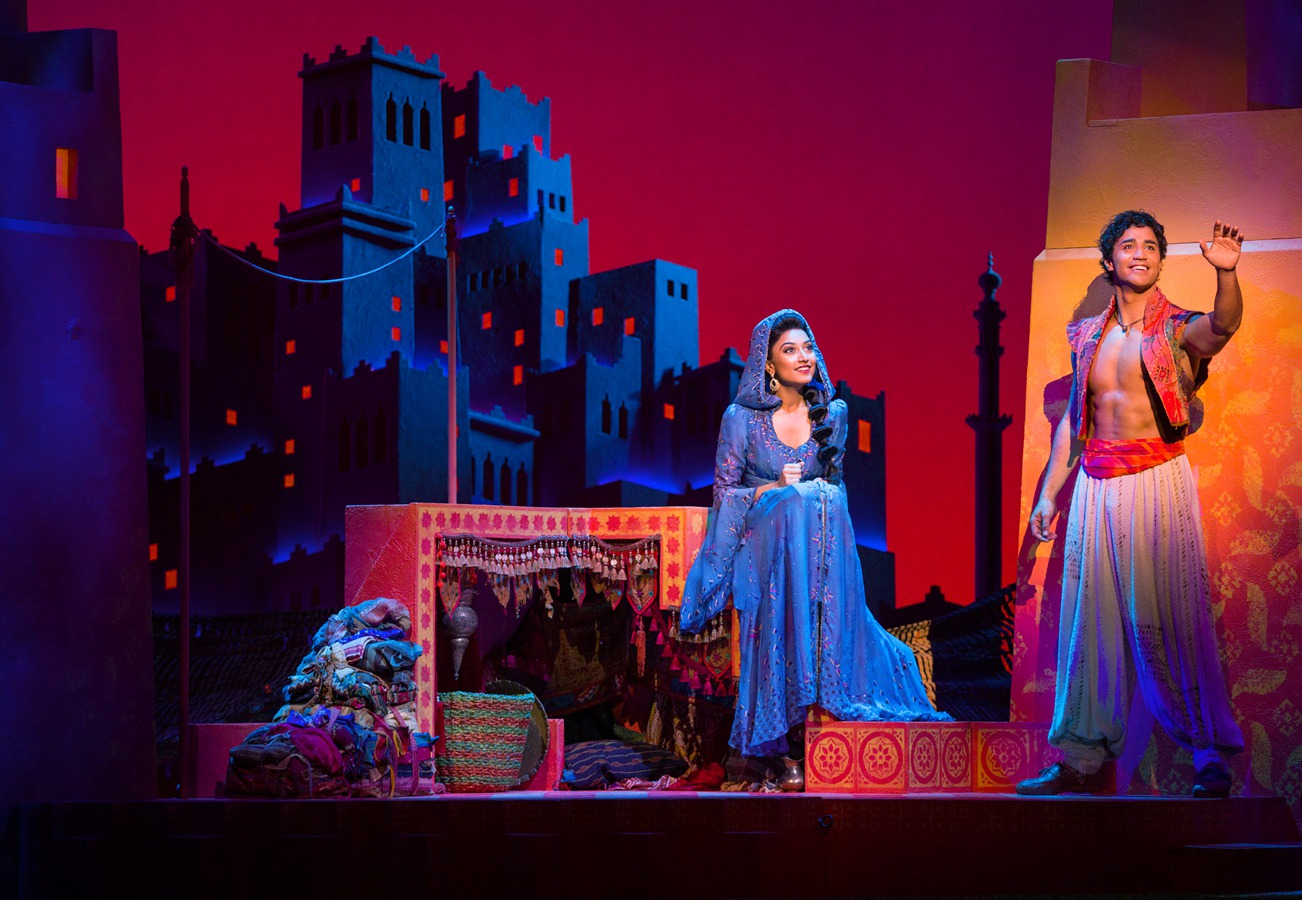 Graeme Isaako (R) as Aladdin with Shubshri Kandiah (L) as Jasmine. /Courtesy of "The Aladdin Musical" by James Green

Graeme Isaako (R) as Aladdin with Shubshri Kandiah (L) as Jasmine. /Courtesy of "The Aladdin Musical" by James Green

Based on the Academy Award winning animated film "Aladdin," the musical made its world premiere to critical acclaim at Broadway's New Amsterdam Theater on March 20, 2014. Since then, it has broken 14 New Amsterdam Theater house records and has been showcased to over 10 million people worldwide.

But bringing the beloved story to the stage was no easy task.

As Mckinnon explained, "it is a huge undertaking to bring any musical to the stage, but there is always an extra level of difficulty when dealing with a much loved title, such as 'Aladdin,' as people hold it close to their hearts and therefore have a certain expectation of what they hope to see on stage."

"It took years of creative development, two tryout productions and much rewriting, before the stage musical of Aladdin opened on Broadway," Mckinnon added. "Since then a further five productions have opened around the world, including the production now playing in Singapore."

A crucial component of the production is its music. And the credit for its incredible and melodious music goes to the vision of Alan Menken, the man behind the music of the original feature film and many other beloved Disney classics.

"The Disney film version was a dazzling action adventure tale with great animation effects and a handful of songs, but there were many more songs that had been written and characters that ended up getting cut from the movie. One song in particular that was cut from the movie but which now has pride of place in the musical is the beautiful song Aladdin sings, 'Proud of Your Boy.'" 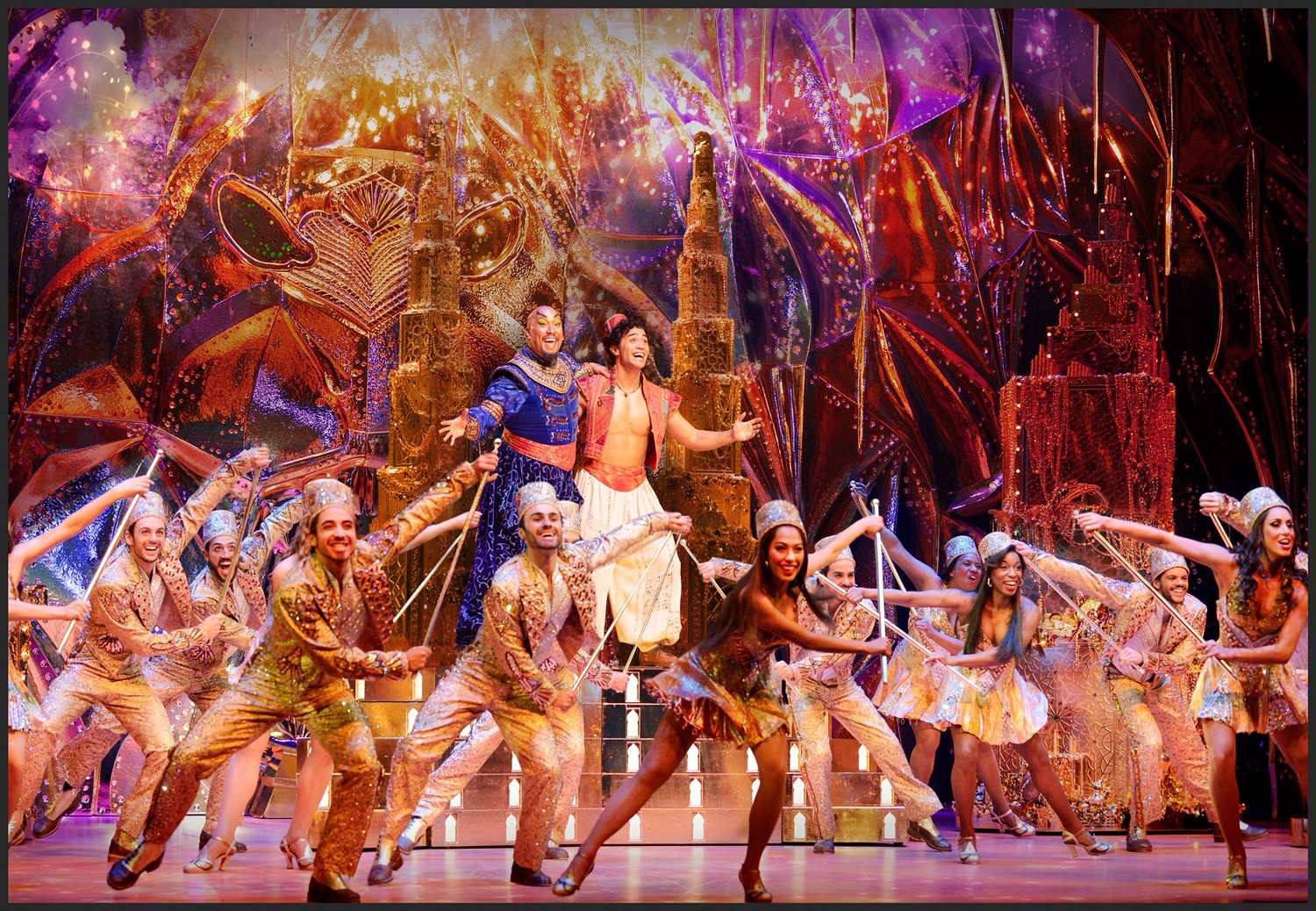 A still from "Friend Like Me". /Courtesy of "The Aladdin Musical" by Deen Van Meer

A still from "Friend Like Me". /Courtesy of "The Aladdin Musical" by Deen Van Meer

Story-telling and music aside, the sheer size of the production is highly elaborate and technically complex.

Just take the costumes for example. The whole show comprises of a staggering 337 costumes, with 712 styles of beads and almost 500,000 Swarovski crystals.

As Mckinnon added, "in just one song 'Prince Ali' there are 80 costumes, and it's in about a three-and-a-half-minute number. Some of the costume changes are in nine seconds, so the complexity of making that all work both onstage and off is truly impressive."

"The Cave of Wonders, in which the Genie performs 'Friend Like Me,' is a production number that goes for around eight minutes and has everything in it, acrobatics, magic, tap dancing and pyrotechnics."

"Then of course there is our magic carpet, but that you will just have to come and see for yourself," she concluded.