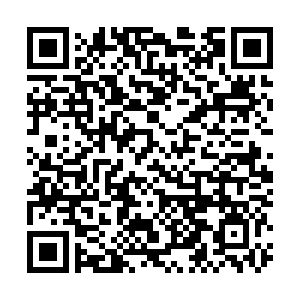 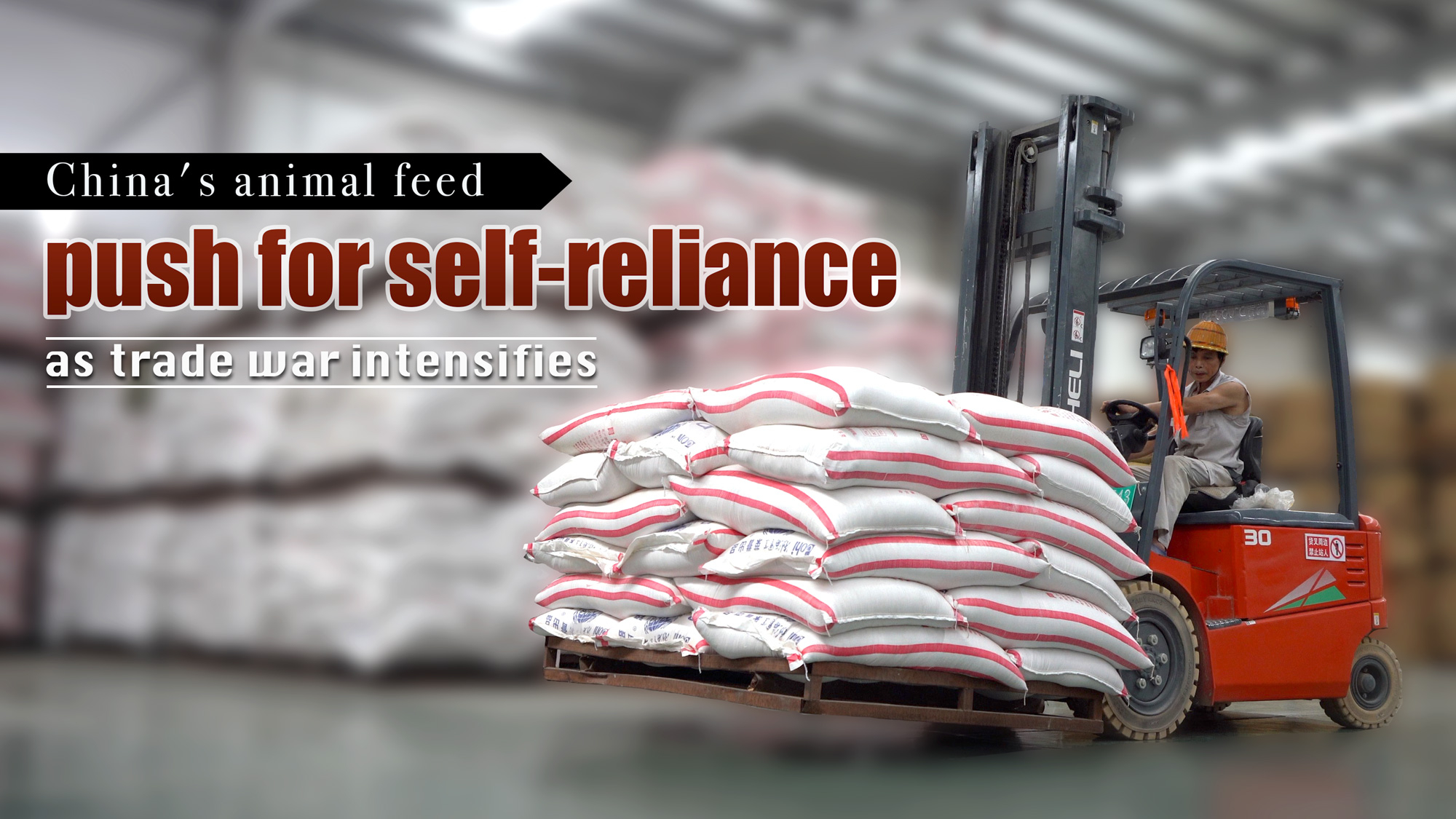 Animal feed, an industry in China that was once deeply reliant on American soybeans, and thus caught in the middle of the trade war crossfire, is slowly climbing out of its quagmire.

Before the trade war flared up, nearly half of American soybeans were shipped to China. The beans are crushed in processing plants to extract oil for cooking and soybean meal. What is left is an important protein source to feed pigs and chickens.

When China placed a 25 percent tariff on U.S. soybeans in response to the Trump administration levying tariff on Chinese goods, the price of soybean meal shot up.

"The trade war pushed up the price of soybean meals by 100 yuan (about 14 U.S. dollars) per ton to 2,900 yuan (412 U.S. dollars) per ton," said Wang Xueqiang, general manager of feed department at an agriculture and food company based in the port city of Qingdao, in an interview with CGTN Digital. He said he cannot disclose the name of the company due to company policy. 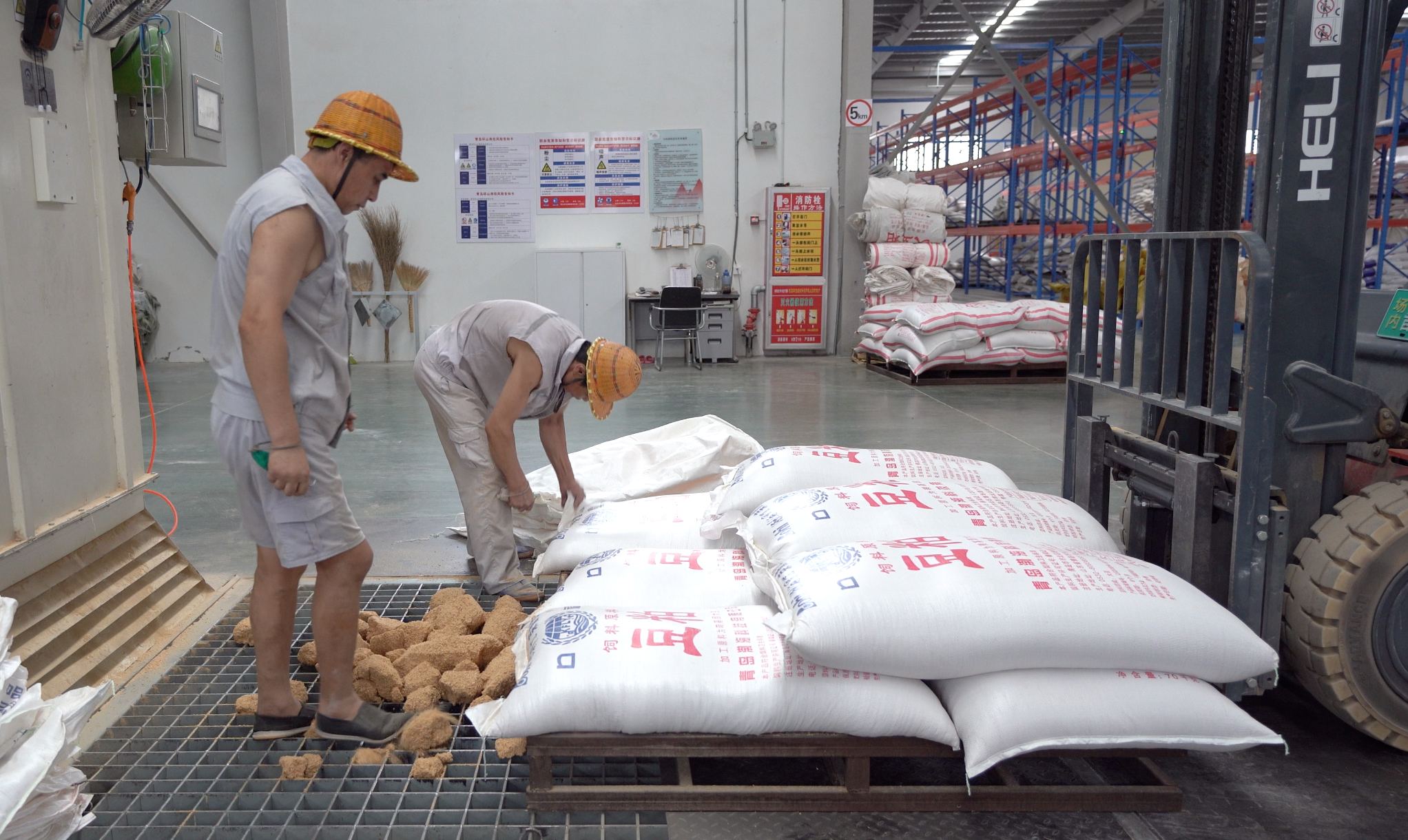 With the price hike of soybean meal at 100 yuan per ton, the final price for animal feed increased by 40 yuan per ton, according to Wang. An African swine flu that swept across the hog industry since 2018 dampened demand for feeds, giving another heavy blow to the industry.

As the tariff escalation intensified, there was the fear that China, the largest importer of American soybeans, would suffer just as much as American farmers whose soybeans piled up after their biggest customers were cutting back on purchases.

But Wang said the fear appeared to be overblown. Alternatives that could provide protein to farm animals, such as peanut meal and corn meal, are widely available, especially in east China's Shandong Province, which is famous for peanut production, where Wang's company is located in.

Reducing the ratio of soybean meal in animal feed is also one way to curtail dependency on American soybeans, Wang added. For example, his company introduced feed products that are designed in accordance with the need of each farming company, optimizing protein ratio to fit the situation of animals they raised.

Wang's decision hardly stands alone in the industry. The Chinese Feed Industry Association published a new standard of protein content for animal feed in October last year, announcing that the animal feed industry is going to trim down the ratio of soybean meal in animal feed. 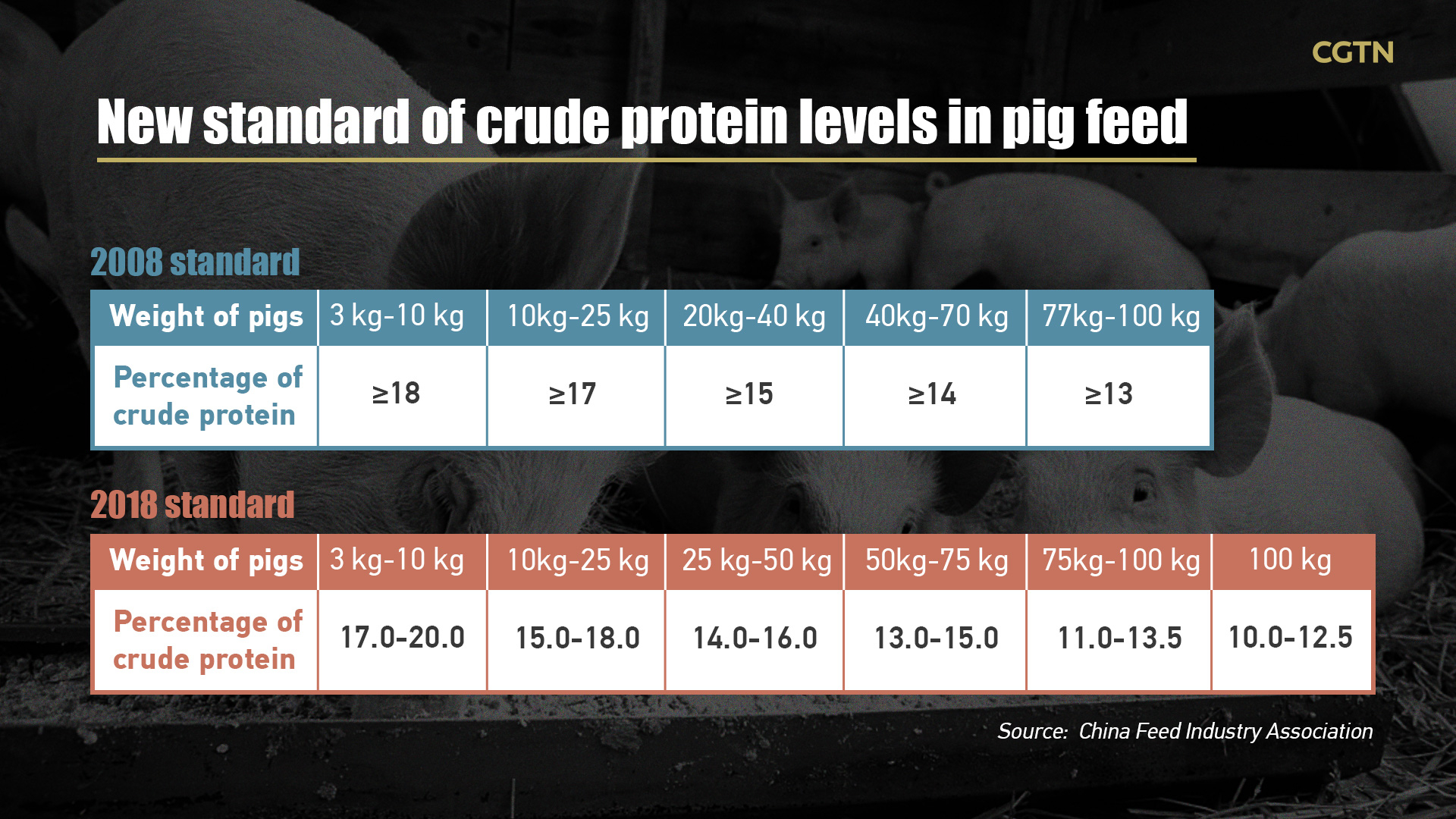 By reducing the ratio of protein from 21 percent to 18 percent, China can cut the country's annual consumption of soybean meal by 11 million tons and soybeans by 14 million tons, according to the Ministry of Agriculture and Rural Affairs.

China is also seeking to diversify import sources. Given that soybeans are a seasonable business, it used to be the case that from November to March, China relied on American soybeans during the Brazilian winter growing season; from April to October, the main supplier shifted to Brazil and Argentina, said an industry insider of soybean crushing, who wishes to stay anonymous in this report.

But now with the slump in import of American soybeans, surplus Brazilian soybean stocks topped China's soybean imports from November to March when China normally began importing from the U.S. 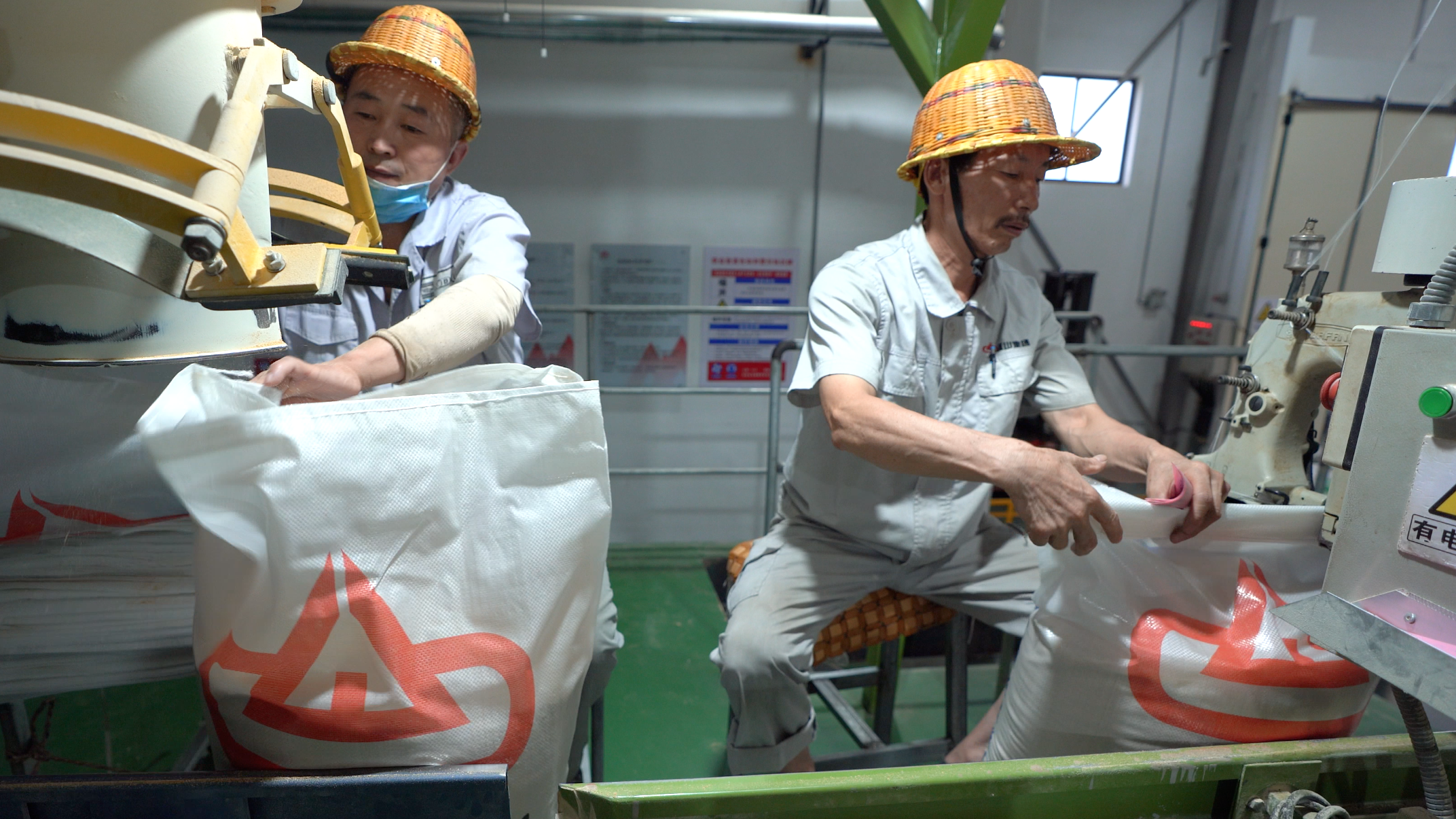 China can buy enough from Brazil and Argentina to replace what it would have imported from the U.S., the industry insider added, though it needs to bear a higher cost of importing beans.

As China seeks self-reliance amid the protracted China-U.S. trade war, Wang, the general manager at the feed department said he had the confidence to weather the storm.

"The trade war is just one among all unpredictable market forces," Wang said, looking back to his company's history of tiding over difficult market situations, "in difficult times, companies have to learn to innovate — and this is the predictable solution to all unpredictability."