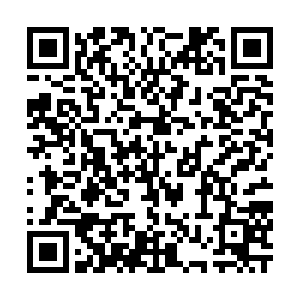 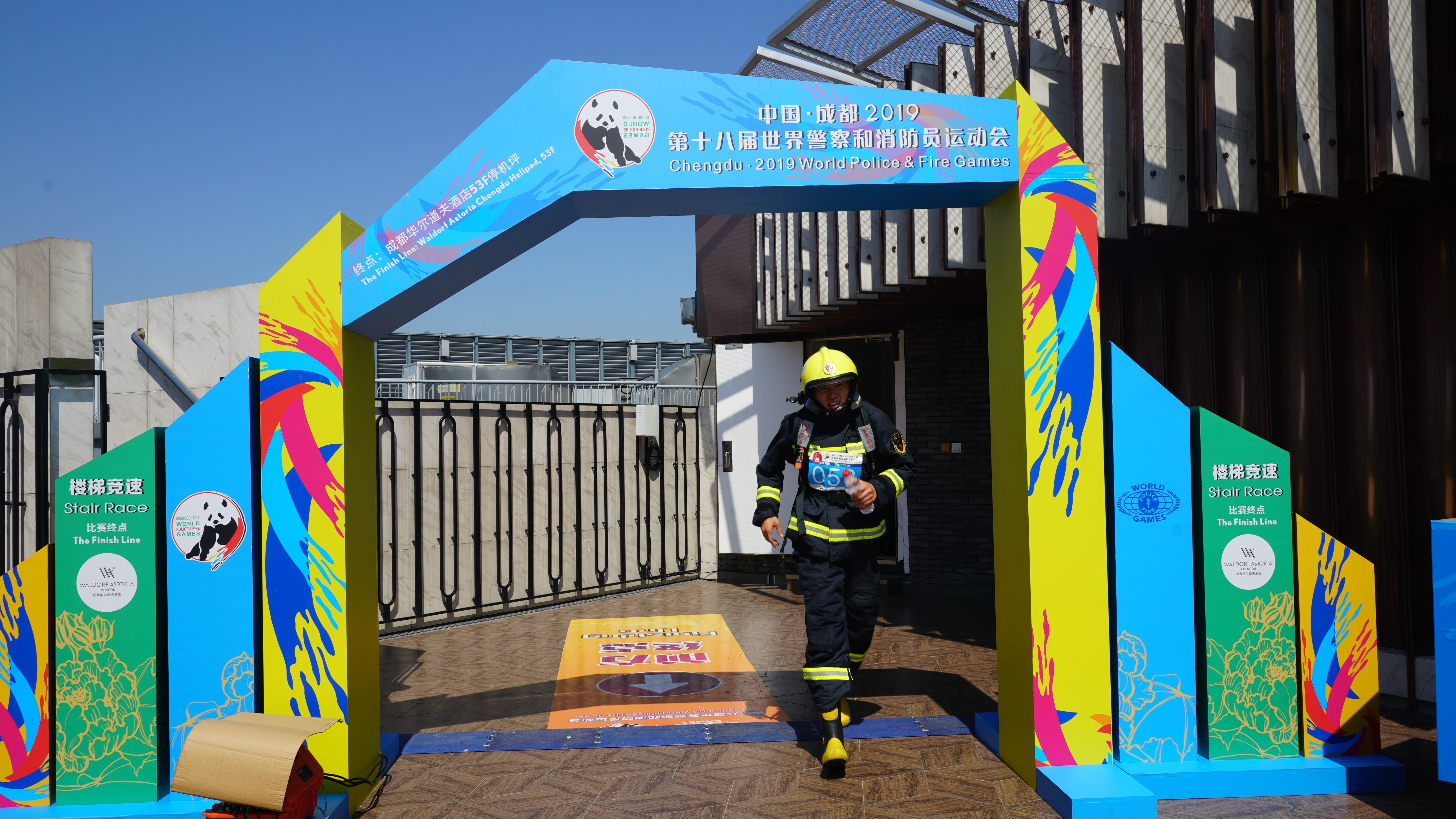 Firefighters from around the world gathered in downtown Chengdu to take on one of the toughest challenges at the 2019 World Police and Fire Games:  the stair race competition. It is a test of pure strength and endurance.

Michael Bracken is a firefighter from the Dublin Airport Fire Service in Ireland. It’s his second time doing one these brutal climbs in the World Police and Fire Games. He won the bronze medal in the sports at the last Games in Los Angeles, and he hoped he could do better this time in Chengdu.

Bracken’s daughter also came all the way from Ireland to watch her dad compete in the stair race. She said her father was a bit under pressure because many participants were very competitive. But he would still do it for his country, the games, and his friends.

Over 300 athletes from around the world, including 68 female firefighters, participated in the climbs at Chengdu’s Yintai Center. They were all required to put on their 30-kilogram air tank, climbing 53 floors with an elevation of 220-meters. 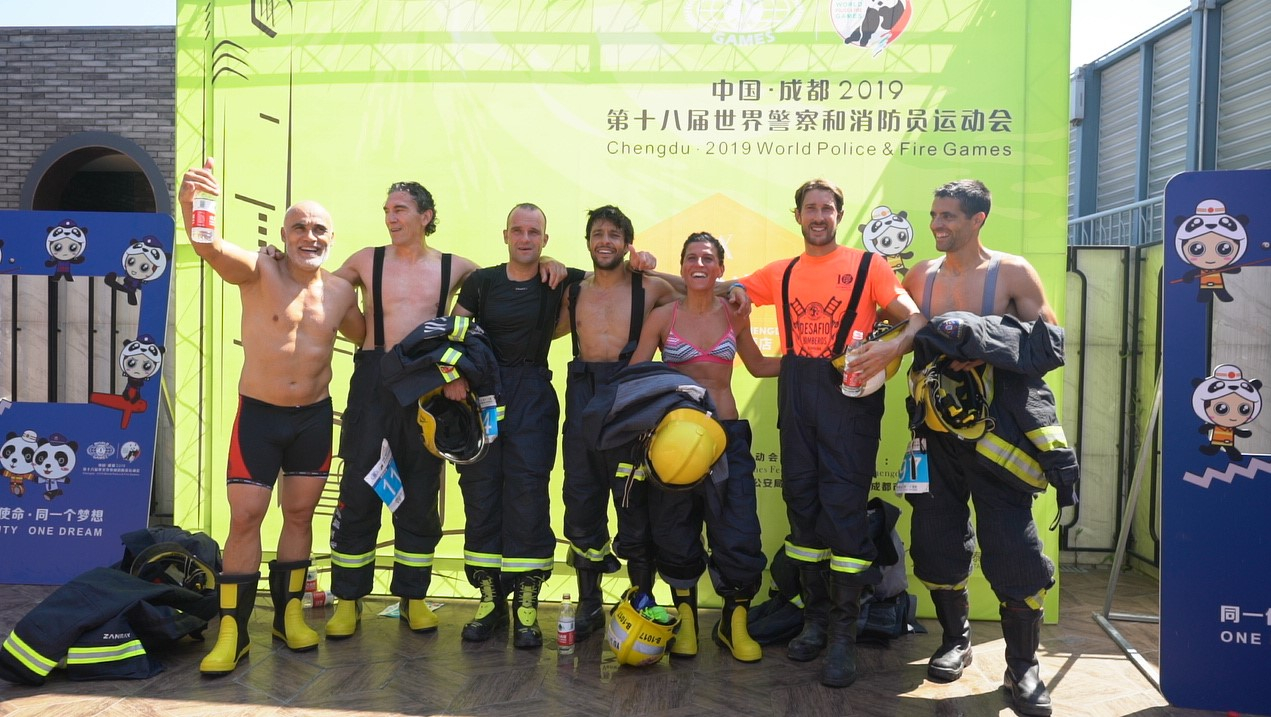 According to the rules, competitors are allowed to walk or run up the stairs taking as many steps at a time as they want. Slower ones will have to give way on their right side to any competitor who is catching up.

Most of the competitors shared with CGTN that the ruling tactic for the race is keep climbing and never stop. They enjoyed the competition with an excellent competing environment, volunteer and medical services.

The biggest challenges for some though was the heat in Chengdu. Most of the foreign competitors for the stair race were from Europe, where the weather in summer is much cooler than that in Chengdu. Therefore, getting a heatstroke was their biggest concern.

The stair race is one of the four sports reserved for firefighters only at the 2019 World Police and Fire Games. The event kicked off on August 8 and will finish on August 18.