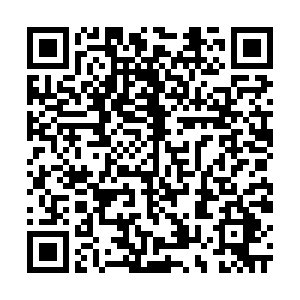 Tlaib and Omar, the first two Muslim women elected to Congress, are members of their party's progressive wing and sharp critics both of President Trump and of Israel's policy toward the Palestinians.

The two have voiced support for the pro-Palestinian Boycott, Divestment and Sanctions (BDS) movement. Under Israeli law, supporters of the movement can be denied entry to the country.

The two congressmen planned to tour the occupied West Bank and East Jerusalem, but no date had been formally announced for their trip.

President Trump has vented in recent months against Omar, Tlaib and two other Democratic congresswomen of color, accusing them of hostility to Israel. 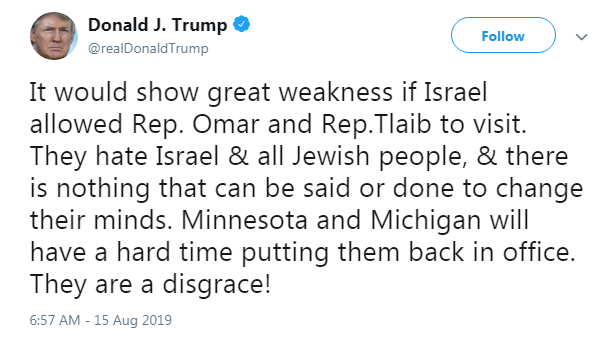 "It would show great weakness if Israel allowed Rep. Omar and Rep. Tlaib to visit," he tweeted on Thursday, "they are a disgrace."

Israel had initially chosen to allow the visit. Israel's ambassador in the U.S., Ron Dermer, had said last month that Tlaib and Omar would be let in, out of respect for the U.S. Congress and the U.S.-Israeli relationship.

But Israeli Prime Minister Netanyahu said on Thursday that Israel received their itinerary only a few days ago, which revealed that they planned a visit "whose sole objective is to strengthen the boycott against us and deny Israel's legitimacy."

The moves, which were immediately condemned by many Democratic leaders as well as Palestinians, were seen as whipping up support among Trump and Netanyahu's conservative voter bases as they head into election campaigns.

No U.S. Congress members have ever been blocked before. The moves could further strain relations between Netanyahu and the Democratic leadership in U.S. Congress.