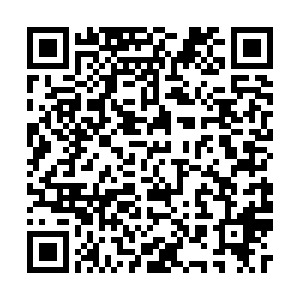 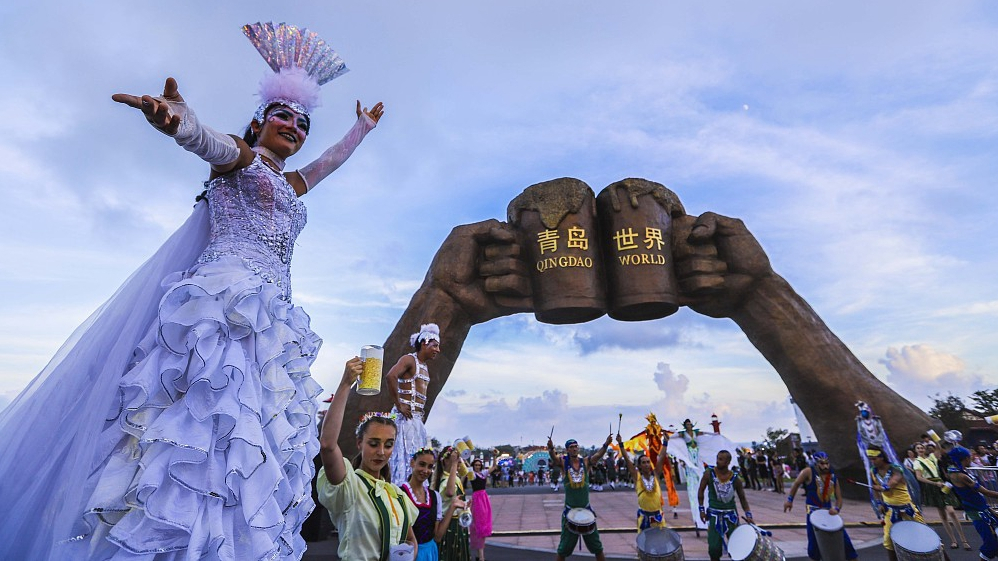 The 29th Qingdao International Beer Festival, which concludes on Sunday, is being held at Golden Beach Beer City in the West Coast New Area in the city's Huangdao District.

Established in 1991 and hailed as Asia's Oktoberfest, the Qingdao festival is the largest of its kind in Asia and one of China's biggest tourism events.

Over 300,000 people attended the event's opening day on July 26, and more than five million visitors consumed over 2,150 metric tons of beer by Tuesday.

Nine beer tents have been set up in the Golden Beach Beer City, bringing together more than 1,400 beer brands from such countries as China, Germany, the Netherlands, Canada and South Korea. 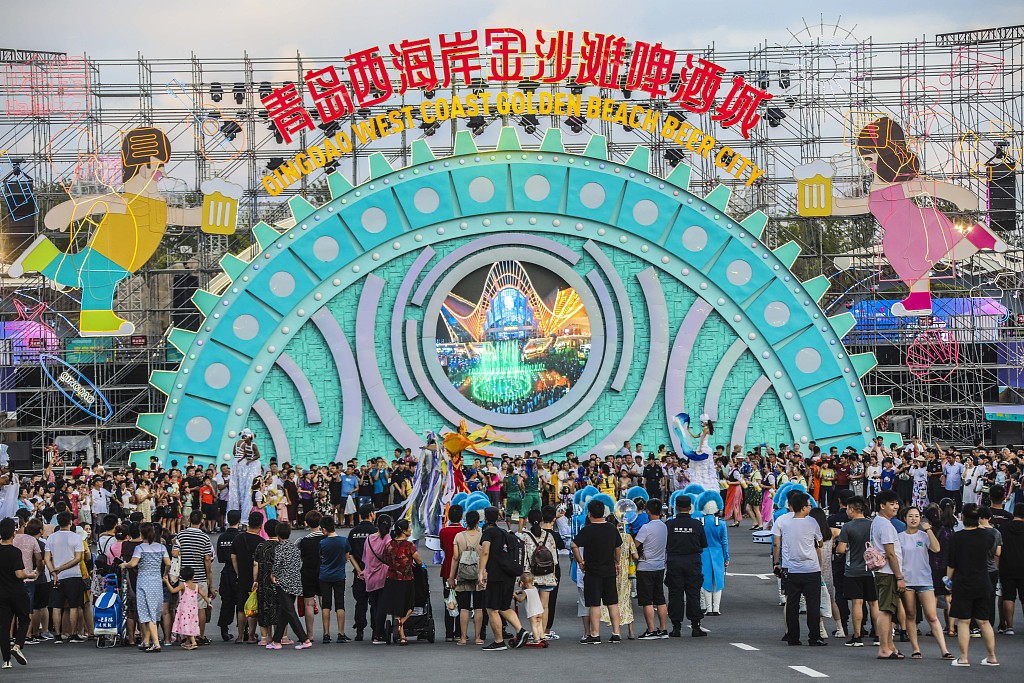 Local beer brand Qingxi King featured at the event for the first time. It is the only beer that is produced at the venue tent, and visitors can watch the complete process.

According to Yang Shimin, manager of the Qingxi King beer tent, the tent covers an area of 1,800 square meters and serves six types of beer.

"Our IPA is a classic one that's made with hops from the United States and has a flavor of fruits," Yang says.

"Our barley ale uses barley from the Qinghai-Tibet Plateau. It has a brown-red color and rich foam."

Outside the tent, there is also a beer garden with 12 snack booths.

"We are happy to see our tent get so popular since this is the first time we took part in the beer festival, and each day we serve around 15,000 visitors," Yang says. 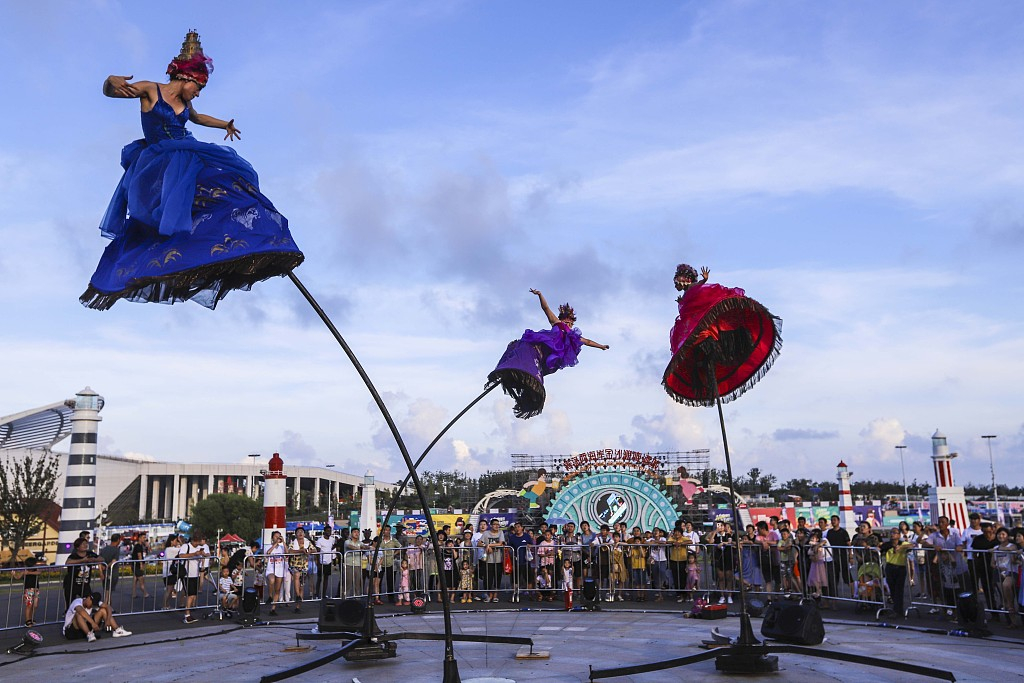 Meanwhile, the International Beer Festival Alliance was founded on the opening day of the festival, aiming to build an international platform for beer festivals and cultural exchanges.

The alliance comprises representatives from the Munich Oktoberfest, the Great American Beer Festival, Toronto's Festival of Beer and the Qingdao International Beer Festival.

The Qingdao International Beer Products Fair is also held in the city and connects beer producers, dealers and raw-materials suppliers.

"This product fair helps us to find partners not only around China but also from the whole world," Dai says, adding that the duration of the festival also allowed his firm to show the brewing process.

Besides beer tents, more than 400 events, including musical shows, electronic sports and performances, are held during the 24-day event.

The festival featured parades in the 1990s. This year's event featured a 19-float parade.

This year's festival has been included as part of the city's International Fashion Season, a citywide campaign initiated by the local government that aims to improve Qingdao's fame as a fashion metropolis.