Ahead of visit, Modi lauds 'unwavering friendship' between Bhutan and India
By Abhishek G Bhaya 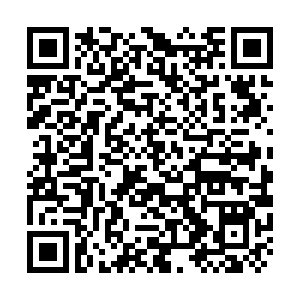 Indian Prime Minister Narendra Modi praised the "unwavering friendship" between his country and Bhutan Thursday ahead of his visit this weekend to the Himalayan kingdom, which is being seen as a continuation of New Delhi's "neighborhood first" policy.

This will be Modi's first visit to Bhutan after his re-election and also the first since the 2017 China-India border standoff in Donglang near the tri-junction point between China, Bhutan and India. Bhutan was the first country Modi visited in June 2014 weeks after taking charge as the prime minister in his first term, indicating the importance India attaches to ties with its northeastern neighbor.

In return, Bhutanese Prime Minister Lotay Tshering also made India his first foreign stop in December 2018 after being elected a month earlier. 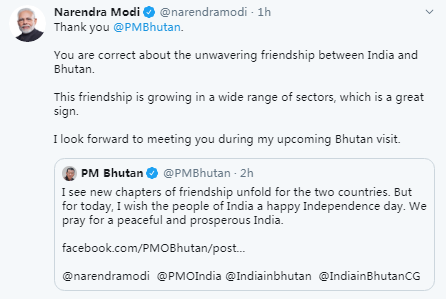 The visit comes just weeks after Modi's government revoked the semi-autonomous status of the Indian-administered Kashmir, bifurcating the erstwhile state (known as Jammu and Kashmir, or J&K) into two federally-administered union territories of J&K and Ladakh. The Ladakh region has shared traditional, religious and cultural ties with Bhutan for centuries.

Earlier in a Facebook post Thursday, Tshering extended greetings on India's 73rd Independence Day and lauded Modi as a "good friend" of Bhutan, noting that it is a "proud moment" for him to welcome the Indian leader, Tshering said he saw "new chapters of friendship unfold for the two countries" during Modi's visit.

"This friendship is growing in a wide range of sectors, which is a great sign," Modi responded in a tweet, adding: "I look forward to meeting you during my upcoming Bhutan visit." 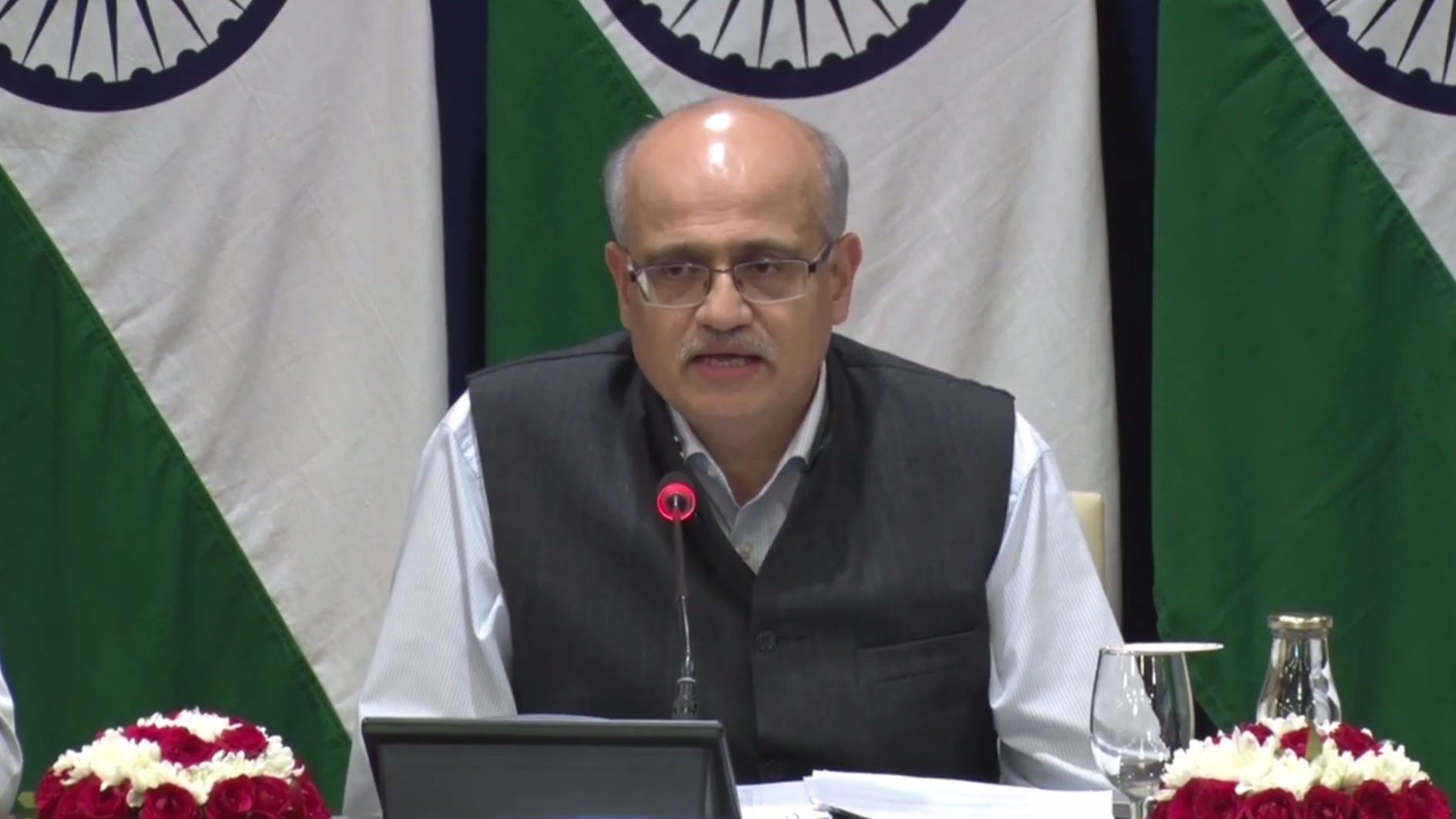 Besides holding delegation-level talks with Tshering, the Indian Prime Minister is expected to call on Bhutanese King Jigme Khesar Namgyel Wangchuk and Jigme Singye Wangchuk, the fourth king of Bhutan.

During the two-day visit, Modi will inaugurate the 720-megawatt Mangdechhu hydropower project; launch a ground earth station built by the Indian Space Research Organisation (ISRO) in Thimphu at the cost of 1 million U.S. dollars; and oversee the rollout of the RuPay card scheme. He will also pitch for boosting educational linkages between the youths of the two countries.

“The highlight of the visit is the formal inauguration of the Mangdechhu hydroelectric power project [which has] four units, three of which have already been commissioned at a cost of about 5,012 crores rupees (700 million U.S. dollars),” India’s Foreign Secretary Vijay Gokhale said last Friday as he briefed the media on Modi’s Bhutan visit.

With youth outreach and educational exchange among Modi’s primary focus during the trip, he will also kick off the linkage between India’s National Knowledge Network (NKN) and Druk Research & Education Network (DrukREN).

“This is a dedicated link for education purposes which will link universities in India with universities in Bhutan. It is being done because of our wish to connect with the younger people of Bhutan,” Gokhale said, adding the Indian Prime Minister will also deliver a lecture at the Royal University of Bhutan. “Our intention is to reach out to the youth of Bhutan and to directly convey to them our interest in a closer relationship with Bhutan.”

Last year, India and Bhutan celebrated the golden jubilee of bilateral ties, having established formal diplomatic relations in 1968 when New Delhi appointed a permanent resident in Thimphu, although the South Asian neighbors have shared historical connections dating back to centuries.

In 1865, Bhutan signed its first-ever friendship treaty with British India which was renewed in 1910. The Himalayan kingdom was the first country to recognize Indian independence in 1947 and subsequently renewed their friendship treaty in 1949, which included a clause stating "the Government of Bhutan agrees to be guided by the advice of the Government of India in regard to its external relations."

The treaty was again renewed with substantial revision in 2007. The new treaty replaced the provision for Bhutan to require India's guidance on foreign policy or its permission for arms imports.

The revised treaty included in it the preamble "Reaffirming their respect for each other's independence, sovereignty and territorial integrity," and therefore considered to have strengthened Bhutan's status as an independent and sovereign nation.

There also exists a bilateral agreement that allows citizens of both nations to travel freely to the other country without passport and visa. 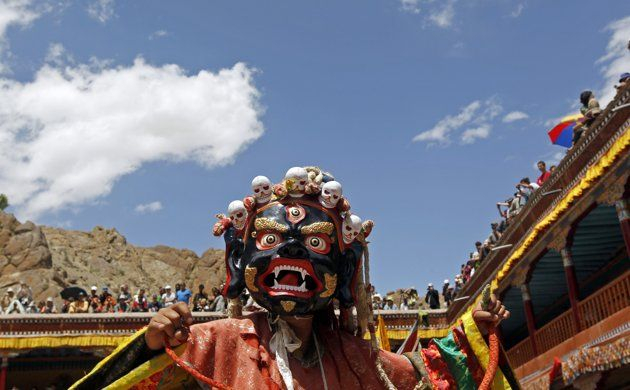 A Buddhist monk wearing a mask performs a dance during a festival at Hemis village in Leh, Ladakh, India. /Reuters Photo

A Buddhist monk wearing a mask performs a dance during a festival at Hemis village in Leh, Ladakh, India. /Reuters Photo

Some analysts suggest now is the time for both India and Bhutan to add the "people" dimension in their otherwise government-led partnership.

"In this pursuit, the focus should not only be on government-to-government engagement but also on people-to-people interaction and development. And this must begin from regional diplomacy with Indian Himalayan regions, such as Ladakh, which share common religious and cultural ties with Bhutan dating back centuries," Stanzin Lhaskyabs, a scholar at the School of International Studies, at the New Delhi-based Jawaharlal Nehru University wrote in a recent article in The Diplomat magazine.

He noted that the popular narrative of the India-Bhutan relationship largely ignores the age-old people-to-people connection between Bhutan and Ladakh (the erstwhile Kingdom of Ladakh until 1846), now a federally-administered state after Modi's government reorganized Indian-administered Kashmir in a recent decision. The linkage between Bhutan and Ladakh can be traced back to 1677, when both were allies following the Drukpa sect of Tibetan Buddhism.

Lhaskyabs pointed out that after a period of lull the relationship between Ladakh and Bhutan saw an unprecedented rise in the last decade, as Gyalwang Durkpa, the head monk of the Drukpa sect of Ladakh, drove a mass movement in order to revive the decaying Drukpa sect in Ladakh.

Even from a cultural point of view, the people from Bhutan and Ladakh have started interacting more, he noted. "In 2012 a song in the Bhutanese movie Sa Dha Nam, which became an instant viral in both regions, was sung in both the Bhoti (Ladakhi) and Dzongkha languages," Lhaskyabs quipped.

Lhaskyabs appeared convinced that both the nations must go beyond economic diplomacy by leveraging the reviving religio-cultural exchanges between Ladakh and Bhutan. Only time will tell if New Delhi and Thimphu have plans to make use of the historic connections to further strengthen their bilateral ties. 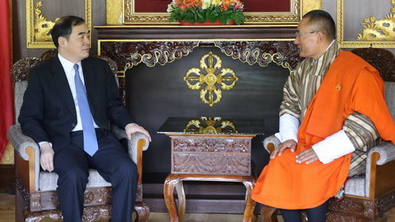 Despite sharing a long border with China, Bhutan has no official diplomatic relations with its northern neighbor. However, beginning with the coronation of the Bhutanese monarch in 1974, both nations established contacts at various levels and their engagements have increased over the decades.

At the UN, Bhutan has always backed the one-China policy and, along with India, voted in favor of the restoration of China's Security Council seat in 1971.

"The Chinese ambassador to India has been visiting Bhutan on a regular basis since 1994, and the Bhutanese ambassador visited China in 2000. These visits have opened up new channels of interaction and contacts for exchanging opinions on different issues," Lobzang Dorji, associate lecturer, Sherubtse College, Royal University of Bhutan, stated in an opinion piece for China Daily.

The Himalayan country, however, found itself precariously at the center of the 73-day Donglang border standoff between India and China in 2017.

At the height of the standoff, the Chinese foreign ministry issued a statement clarifying that there was no dispute with Bhutan over the jurisdiction of Donglang but added that since the 1980s Beijing and Thimpu have held 24 rounds of talks to resolve their boundary issue and reached a broad consensus.

And earlier this January, Luo met Prime Minister Tshering in Thimphu and expressed Beijing's willingness to work with his newly-elected government "to strengthen pragmatic cooperation in various fields, speed up the negotiation process on the border issue, and push for a new development of bilateral relations."

Bhutan's history and its geography ensure that balancing its ties with China and India will remain at the core of Thimphu's foreign policy for a long time to come. This will also shape some of the strategic conversations in Thimpu during Modi's interactions with Bhutanese officials.