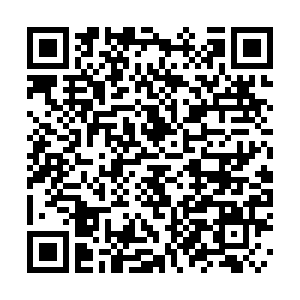 The fields of rippling ice 500 feet below the NASA plane give way to the blue-green of water dotted with irregular chunks of bleached-white ice, some the size of battleships, some as tall as 15-story buildings.

Like nearly every other glacier on Greenland, the massive Kangerlussuaq is melting. In fact, the giant frozen island has seen one of its biggest melts on record this year. NASA scientist Josh Willis is now closely studying the phenomenon in hopes of figuring out precisely how global warming is eating away at Greenland's ice.

Specifically, he wants to know whether the melting is being caused more by warm air or warm seawater. The answer could be crucial to Earth's future.

Water brings more heat to something frozen faster than air does, as anyone who has ever defrosted a steak under the faucet knows. 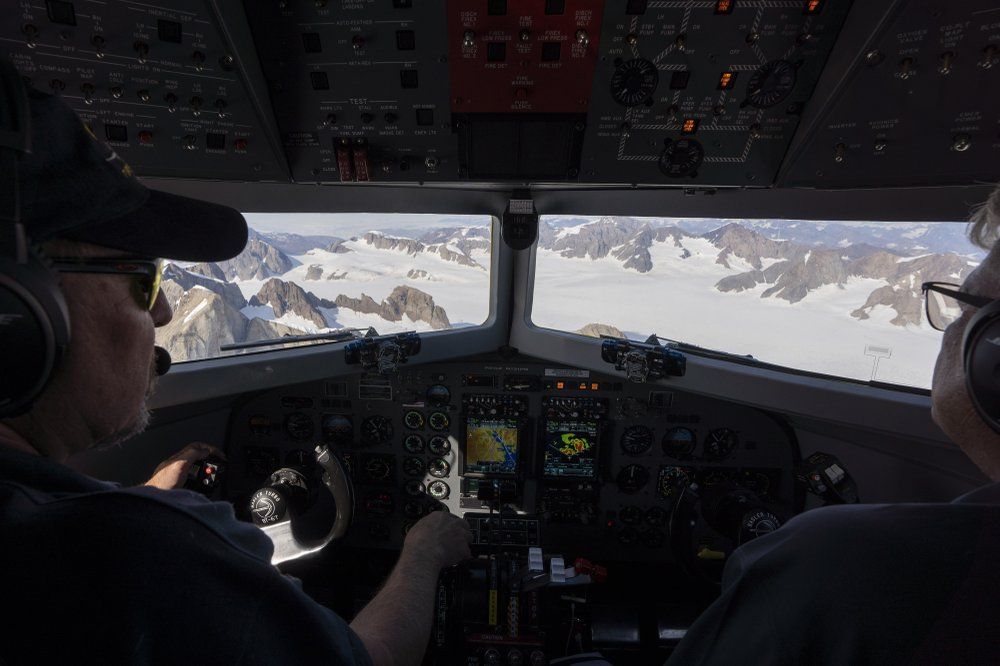 If Willis' theory that much of the damage is from the water turns out to be correct, he said, "there's a lot higher potential for Greenland to melt more quickly than we thought." And that means seas rising faster and coastal communities being inundated more.

Greenland contains enough ice to make world sea levels rise by 20 feet if it were all to melt. In a single day this month, it lost a record 13.7 billion tons (12.5 billion metric tons) by one estimate.

"It's a little scary," Willis said as looked down on an area filled with more water than ice. "We're definitely watching the ice sheet disappear in front of us."

Climate change is eating away at Greenland's glaciers in two ways. The most obvious way is from the warm air above, which has been brutal this summer, with a European heat wave in July working like a hair dryer on the ice. The other way is from warm, salty water, some of it from North America's Gulf Stream, nibbling at coastal glaciers from below. 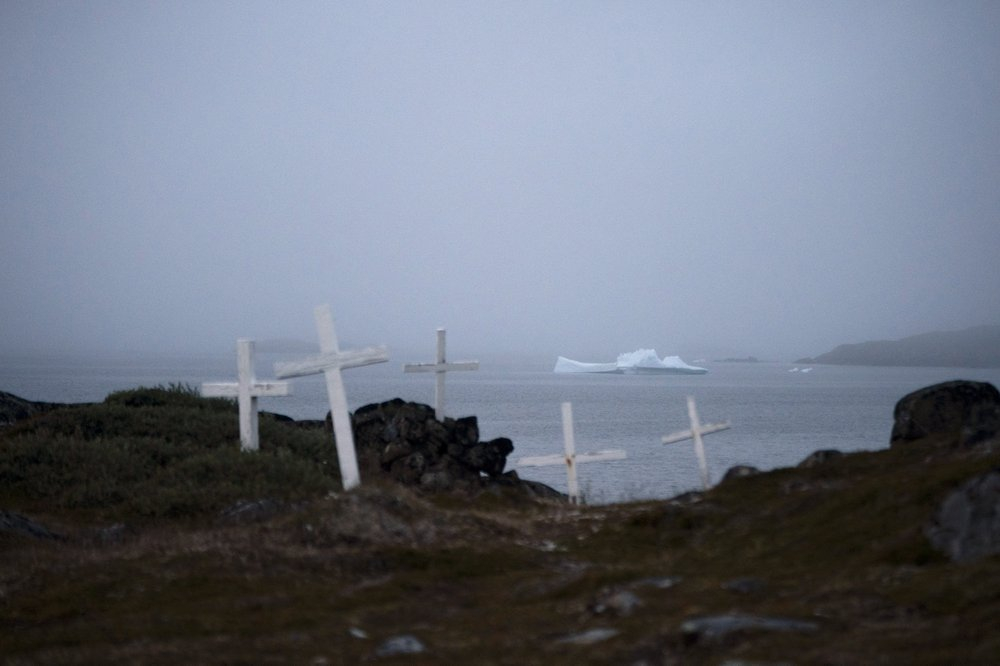 When University of Georgia ice scientist Tom Mote, who isn't part of this project, started studying Greenland's glaciers in the early 1990s, researchers really didn't think the water was a big factor.

Willis' project — called Oceans Melting Greenland, or OMG — is showing that it is. Now the question is how much and how fast.

What Willis is measuring is the water 660 feet (200 meters) or more below the surface, which is warmer and saltier than the stuff that touches the air. It's this deep water that does the major damage.

To measure this, NASA is spending five years crisscrossing the island in a tricked-out 77-year-old DC-3 built for World War II. Willis, project manager Ian McCubbin and mechanic Rich Gill drop long, cylindrical probes through a special tube in the floor of the plane, watching as the sensors parachute down and then dive into the chilly water. 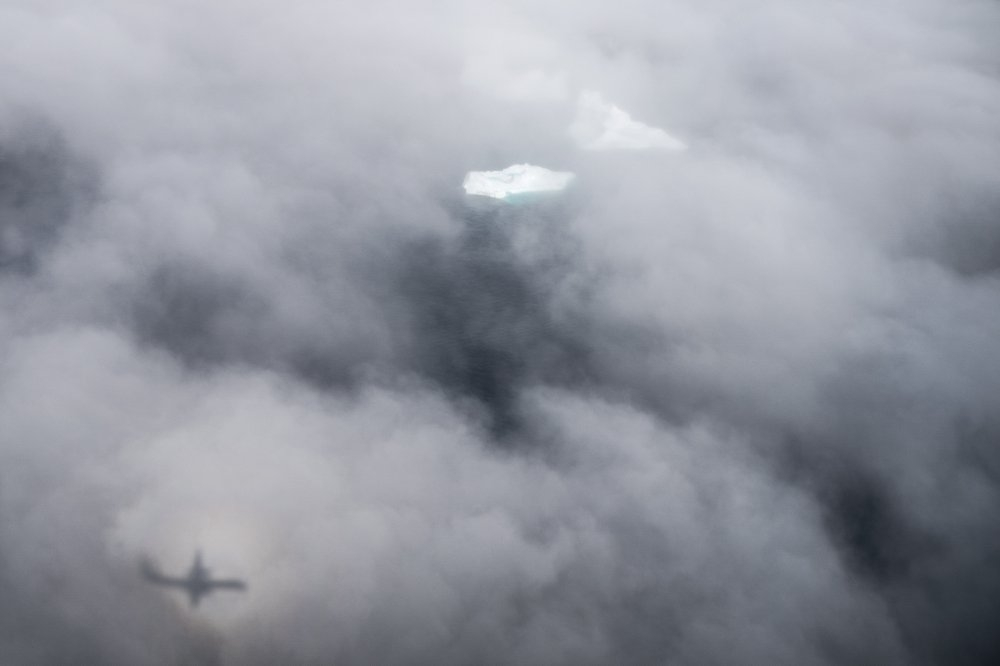 McCubbin then waits for a tone on his computer that tells him the probe is underwater and measuring temperature and salinity. When all of the flight's five probes start signaling — with a sound McCubbin likens to "a fax machine or an AOL modem" — he and Willis high-five.

Meanwhile, pilots Andy Ferguson and Don Watrous bank the plane toward the blue-green spots, looking for the next target and pointing out stunning giant icebergs and signs of glacial retreat over the radio.

As the data is radioed back from one 2,000 U.S.-dollar probe now deep in the water near Kangerlussuaq in eastern Greenland, it initially looks like the temperature hasn't changed much over the last year or two, which could be good news. But that's just one data point. Each year for the past four years, NASA has been looking at all of Greenland, and the numbers overall haven't been quite as comforting.

NASA scientist Josh Willis prepares to release a probe from a plane as they fly above the Kangerlussuaq Glacier in eastern Greenland, August 14, 2019. /AP Photo

NASA scientist Josh Willis prepares to release a probe from a plane as they fly above the Kangerlussuaq Glacier in eastern Greenland, August 14, 2019. /AP Photo

If the water is playing a much bigger role than scientists thought, it could mean seas will be rising faster and higher than expected. That's because 90% of the heat energy from climate change goes into the oceans, Willis said. Warm water provides "a bigger bang for the buck" than air when it comes to melting ice, Willis said.

Just how crucial seawater is to melting was illustrated, somewhat paradoxically, by the Jakobshavn glacier, the fast-shrinking glacier on Greenland's more populated west coast. In recent years, it suddenly started to grow a bit, probably because of a cooling of waters as a result of a temporary shift in weather and water-current patterns, Willis said.

In general, oceans warm up much more slowly than the air, yet they stay warmer longer. The water weakens glaciers and causes icebergs to break loose. Those icebergs eventually melt, adding to the seas.

"Some of them are as big as a city," Willis said. 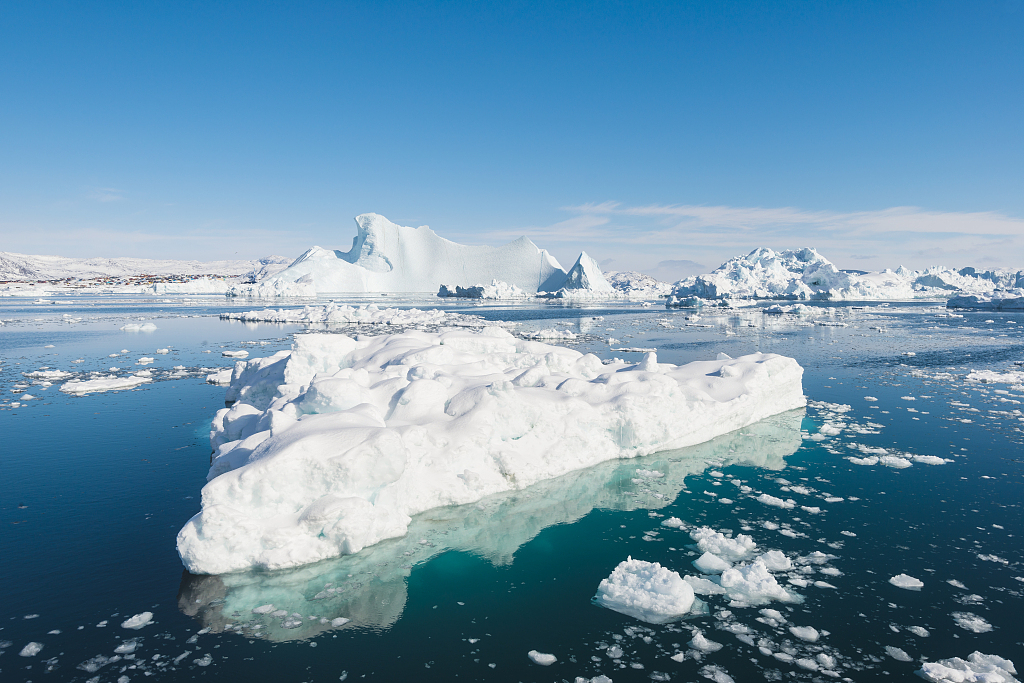 A 2019 study by Danish climate scientist Ruth Mottram looked at 28 glaciers in Greenland with long-term data. Nearly all are melting, with only one or two that could be considered somewhat stable.

"One glacier retreating looks like carelessness, but 28 retreating is the sign of something going on," Mottram told The Associated Press.

A 2017 study concluded that coastal glaciers and icecaps — what Willis is studying — reached a "tipping point" for ice loss in 1997 and since then have been rapidly deteriorating. A NASA satellite found that Greenland's ice sheet lost about 255 billion metric tons a year between 2003 and 2016, with the loss rate generally getting worse.

It will take centuries for all of Greenland's massive ice sheet to melt, but how fast is the key question. If warm water plays a bigger role than scientists suspect, by the year 2100, Greenland alone could cause three or four feet (more than one meter) of sea level rise, Willis said.

Other scientists, such as the University of Colorado's Ted Scambos, say Greenland's contribution to sea level rise by the year 2100 would probably be closer to one foot (30 centimeters).

"I tend toward the higher number, but I'm hoping for a lower number," said University of Maryland Baltimore County glaciologist Christopher Shuman, whose family owns property along the coast.