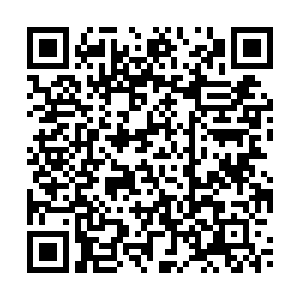 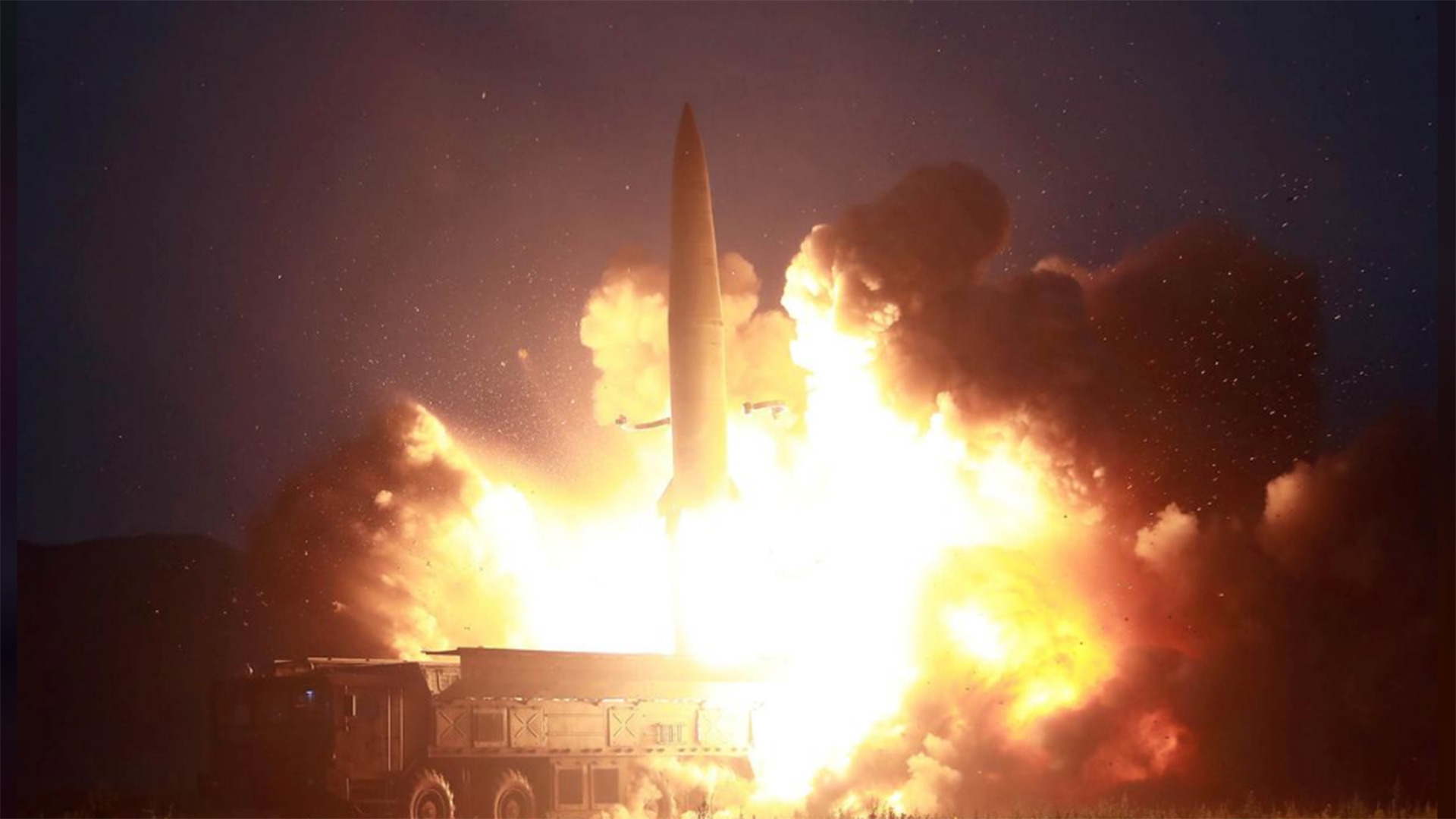 The projectiles were launched at 8:01 a.m. and 8:16 a.m. local time, each from the DPRK's eastern coastal county of Tongchon into the East Sea. They flew about 230 km at an altitude of some 30 km and a maximum speed of Mach 6.1 or higher.

"The military is monitoring the situation in case of additional launches while maintaining a readiness posture," the JCS said. 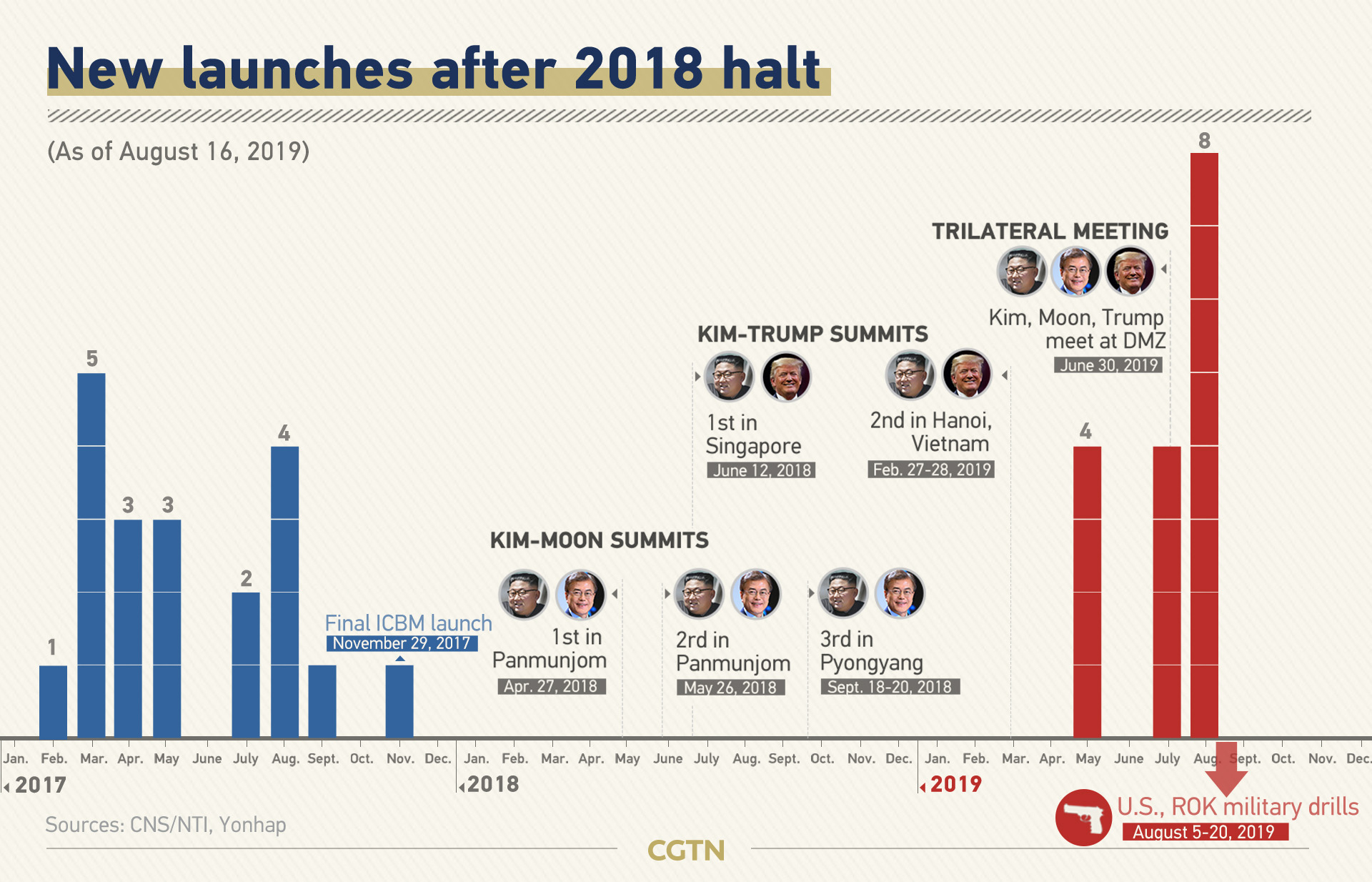 The U.S. said it is aware of reports of DPRK's latest missile launch and is closely monitoring the situation with its allies, the ROK and Japan, a senior U.S. government official told Yonhap News Agency.

Japan's defense ministry said it did not see any imminent security threat from the latest projectile launch. 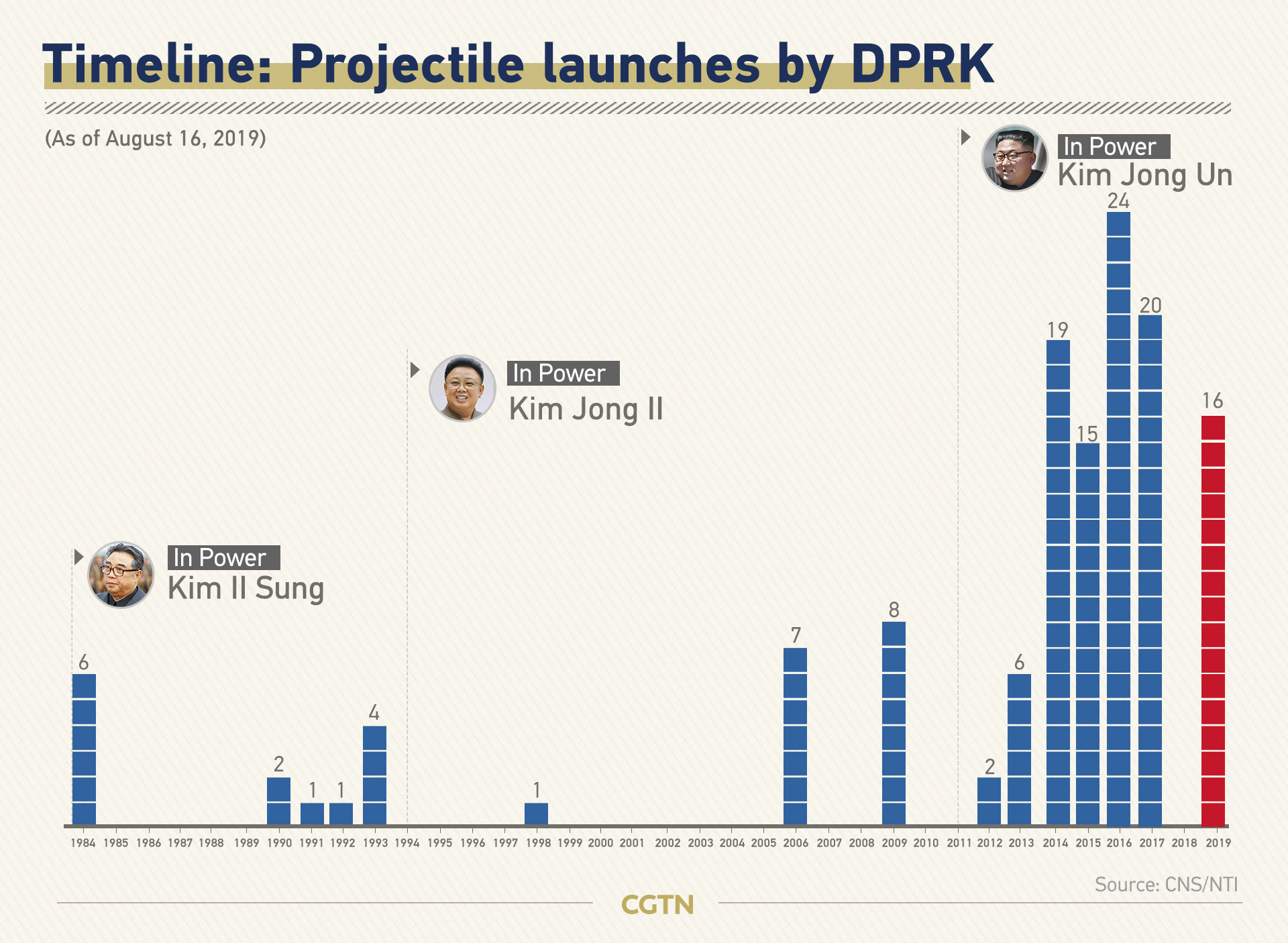 It was the sixth round of launches since last month, with DPRK leader Kim Jong Un labeling them a "solemn warning" over U.S.-ROK joint military drills that began earlier this month.

Moon and Kim have met three times since April last year, pledging peace and cooperation, but little progress has been made to improve dialogue and strengthen exchanges and cooperation.

Moon said in a Liberation Day address on Thursday it was only through his policy of Korean national peace that dialogue with the North was still possible.

"In spite of a series of worrying actions taken by North Korea recently, the momentum for dialogue remains unshaken," Moon said in remarks marking Korea’s independence from Japan’s 1910-45 colonial rule.

The North's Committee for the Peaceful Reunification of the Country released a statement on Friday saying it rejected comments by Moon on Thursday that outlined his desire for unification, and said it had nothing else to discuss with ROK authorities.

The North's spokesman described Moon as an "impudent guy" who is "overcome with fright".

He said Moon had no standing to talk about engagement with the North because of the ongoing military maneuvers by the ROK.

"His open talk about 'dialogue' between the North and the South under such a situation raises a question as to whether he has proper thinking faculty," the spokesman said.

It was "senseless" to think that inter-Korean dialogue would resume once the military drills with the United States were over, he said.

The spokesman left open the possibility of talks with the United States.

Trump and Kim have met twice since their first summit in Singapore last year and said their countries would continue talks.