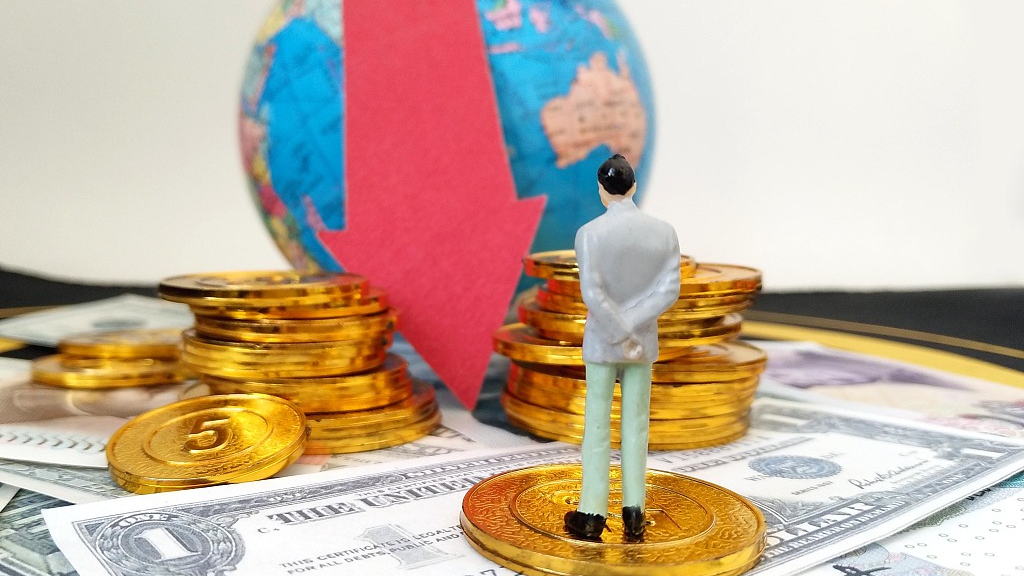 Editor's note: Chen Jiahe is the chief strategist at Cinda Securities. The article reflects the author's opinions and not necessarily the views of CGTN.

Theoretically speaking, an inverted Treasury yield curve points to a pessimistic economic outlook where fixed income investors tend to believe the overall economic return will be higher in the short-term and lower in the long-term.

However, the inversion of the yield curve only explains part of the story. Why? Because the trend of this inversion started over five years ago, at the beginning of 2014. The spread between the 10-year and 2-year Treasury notes started shrinking from the level of almost 3 percent to today's negative territory. This means if the inversion of the yield curve is the only reason behind the negative stock market performance, there should be no bull market for the U.S. stocks for a longer period. This is simply not the case.

In fact, the inverted yield curve was the straw that broke the camel's back. Tension had accumulated in the U.S. stock market for a long time. There are two typical reasons behind this accumulation, one is a mid-term reason, and the other is a long-term reason.

First, let us look at the mid-term reason. The economic slowdown caused by the trade dispute between the U.S. and the rest of the world is causing the market to panic. The interesting thing is that when the Federal Reserve reduced its interest rate, the market did not believe this action is strong enough to boost the economy.

Compared with history, the current Fed rate is only around 40 percent of the level before the economic crises of 2001 and 2008. During the last two crises, the Federal Reserve swiftly waved its weapon of interest rate deduction and saved the economy in time. But with an interest rate that is only 40 percent or even less than the previous level, what tool can the Fed use if there is another economic crisis as large as the two crises that happened in the last two decades?

As a result, the reduction of Fed rate at this moment cannot comfort the sentiment of the market. On the contrary, it worries the market by showing a half-emptied ammunition clip. 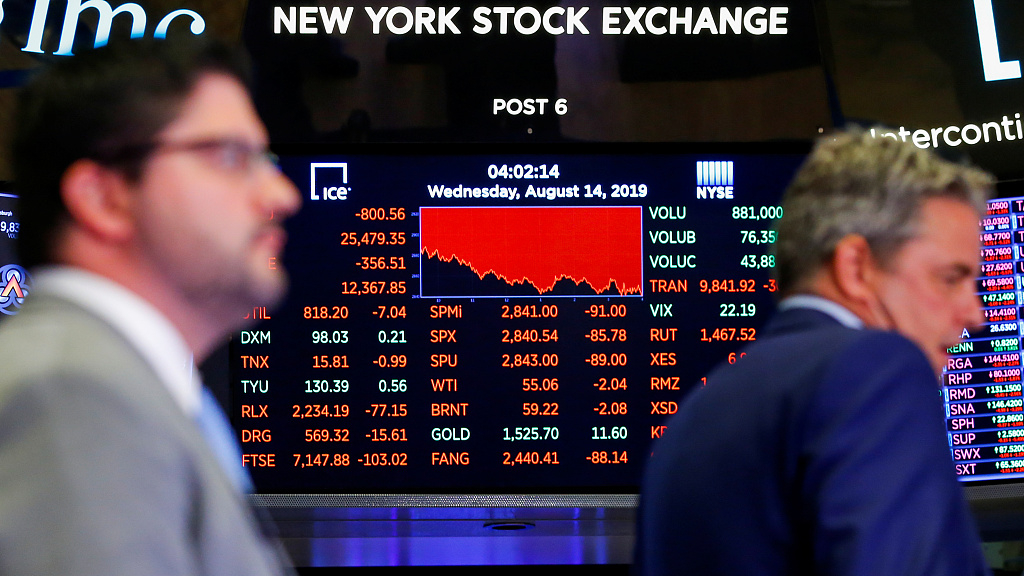 A screen shows the numbers after the closing bell as traders work on the floor at the New York Stock Exchange in New York, U.S., August 14, 2019. /VCG Photo

A screen shows the numbers after the closing bell as traders work on the floor at the New York Stock Exchange in New York, U.S., August 14, 2019. /VCG Photo

The long-term reason is even worse. The transferring and restructuring of the industrial layout caused by the trade disputes and rising tariffs can result in the  United States losing its leading industrial position in the next few decades. Let me make a metaphor to explain this further.

Let us assume there is a financial building, and you are an accountant who works in this building and earns a decent salary by completing accounts for your customers, many of whom are small businesses. Every morning you go downstairs to buy your breakfast at a small stall. You pay the vendor a little part of your salary, and the vendor sells you a delicious sandwich. Both you and the vendor are happy as you both earn what you deserve.

Well, you shall now understand what I am talking about. In the old trading relationship, the U.S. was the accountant, and its less-developed trading partners were the vendors. In the new trading relationship, after all these trade disputes, rising tariffs and unending quarrels, the U.S. will be the accountant who has to make his own breakfast and its trading partners will be the vendors who have to make their own accounts and report their own taxes. The accountant will earn less in the long-term, and the vendors will suffer slightly in the short-term but be able to get better jobs in the long-term; they might become accountants one day themselves.

With all these pressures bear, it is not a surprise that the stock market fell by three percent on Wednesday. The inversion of the yield curve is only an excuse that bears the blame of all these mid- and long-term negative changes.