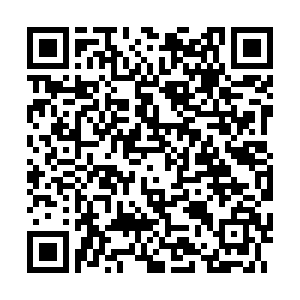 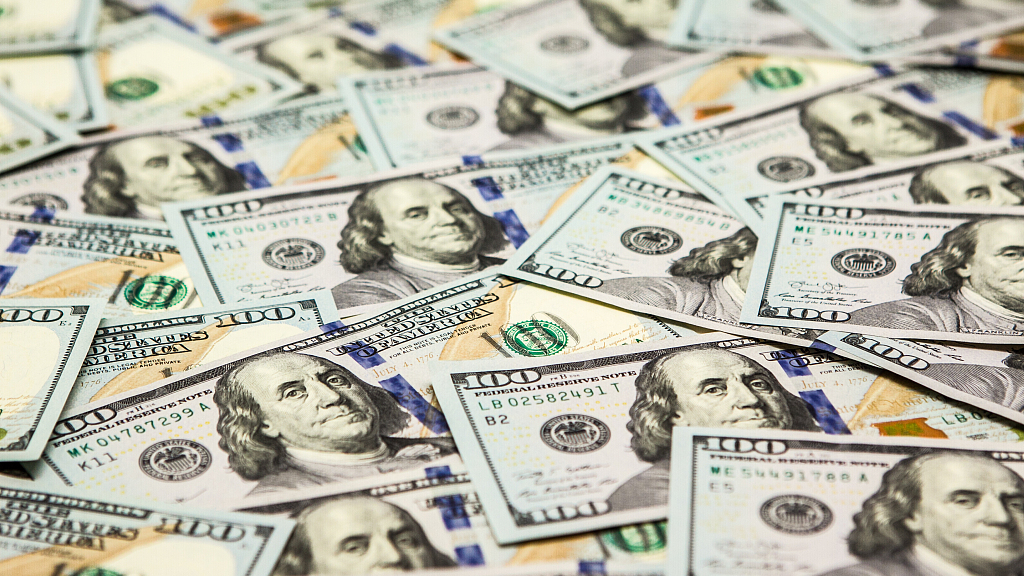 Editor's Note: Jimmy Zhu is a chief strategist at Fullerton Research. The article reflects the author's opinions, and not necessarily the views of CGTN.

An inverted U.S. yields curve dominated the capital market this week, amid growing investor fear of a recession. However, if the Federal Reserve decides to fix the curve by adjusting the policy rate, that would be a severe policy mistake.

An inversion in U.S. 2-year/10-year government bonds yield has had a good record in predicting recessions in the U.S. economy. There's some fundamental logic behind this predictive power. When long-end rates are lower than the shorter ones, it indicates that the monetary authority hasn't done enough to arrest the long-term negative economic outlook. Also, lower rates shrink commercial banks' interest rate margin, which results in a reduced willingness for banks to lend out cash. And this will definitely further deteriorate business conditions and confidence on Main Street.

Traders haven't forgotten that U.S. stocks fell 40 percent in the 18 months after the 2-10 year bonds yield inverted in 2007. This could be part of the reason why U.S. stocks were heavily sold off when the 2-10's curve inverted earlier this week, with major indices in the U.S. tumbling by around three percent. Past price-move in the capital market could inform the current market and force it onto a similar path.

Markets are calling on the Fed to act before the economic conditions deteriorates further. Inversion in the yield curve increases the possibility of the Fed cutting the interest rate again while many economic indicators suggest the Fed doesn't have to. The U.S.' latest core CPI topped the forecasts and grew 2.2 percent in July, and retail sales last month suggests the economy remains stable. 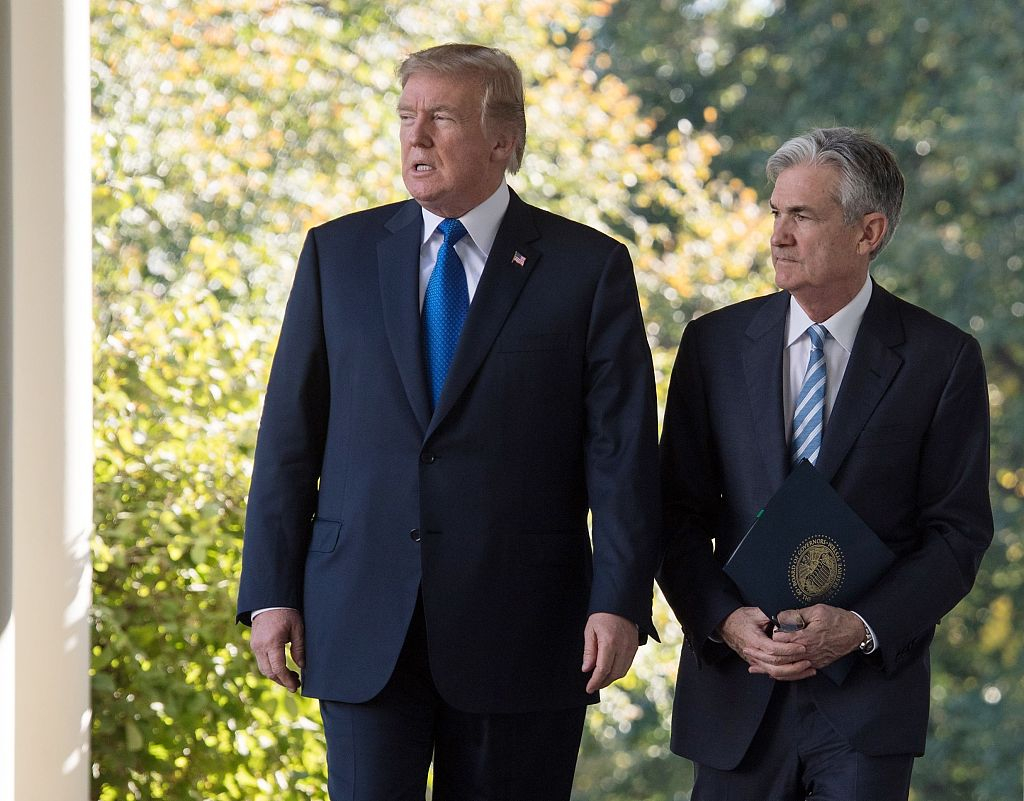 The Federal Reserve must consider an unpredictable factor: U.S. President Donald Trump. After all, he said the Fed is America's main economic obstacle. The picture shows Trump walking with Jerome Powell, Federal Reserve chairman, at the White House in Washington D.C. /VCG Photo

The Federal Reserve must consider an unpredictable factor: U.S. President Donald Trump. After all, he said the Fed is America's main economic obstacle. The picture shows Trump walking with Jerome Powell, Federal Reserve chairman, at the White House in Washington D.C. /VCG Photo

The possibility of the Fed to reducing the benchmark rate by 50 basis points (bps) now stands at 34.7 percent according to the futures market probability, much higher than 21.8 percent a week ago. This outcome is contradictory to recent data, as inflation data is one of the major criteria behind the Fed's move, and consumption contributes 70 percent to the U.S. economy. Instead of predicting the Fed's decision on the interest rate, the bond market is forcing the Fed to act according to what traders expect.

The Fed is facing a dilemma. If it follows the market's request to cut interest rates and express its willingness to ease further, it will reduce the policy room in the future if a crisis actually arrives. When the Fed cut interest rates during global financial crisis in 2008, the interest rate more than double the current one. Since the existing policy room is quite limited, every rate cut at this moment will actually limit the upcoming policy choices. If the Fed chooses to ignore the "calls" from the bond market, the curve may invert further and lead to a real recession.

Our baseline scenario is that the Fed could reduce the interest rate by only 25 bps next month, aiming to pressure short-end interest rates, and to smooth the jitters in the market. But it is understood that after July's Federal Open Market Committee meeting that it will be very difficult for the Fed to satisfy the market’s anticipation and investors would always demand more. This forms a vicious cycle where the Fed's rate cut becomes the only method to steepen the yield curve – a big policy mistake as it largely ignores current U.S. economic conditions.