How are Western countries dealing with immigration?
The Heat 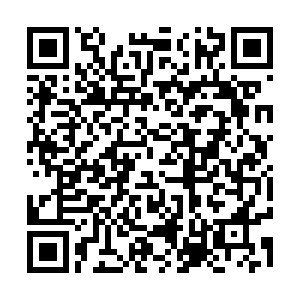 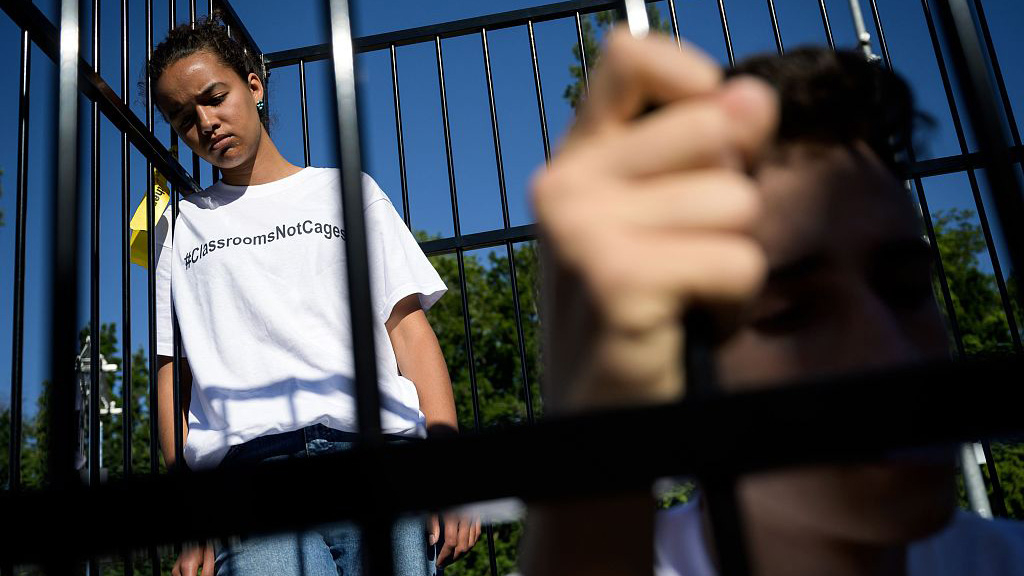 Hundreds more undocumented immigrants are being rounded up by U.S. law enforcement and processed for deportation. However, the United States is not the only country dealing with these issues.

In 2015 and 2016, a wave of migrants and refugees sought asylum in Europe as they fled wars in Syria and Iraq. Thousands more have died, or have been rescued at sea, as they tried to reach Europe from Africa. Italy is taking a tough stance on migrants by closing reception centers and trying to prevent rescue boats from docking at Italian ports. Meanwhile Australia has long had some of the toughest asylum policies in the world, as it tries to prevent migrants and refugees from entering its territory.

Daniel Ghezelbash, a senior lecturer at Macquarie Law School and author of "Refuge Lost: Asylum Law in an Interdependent World", says that Australia has basically completely blocked access to the surrounding territory for refugees and asylum seekers coming by boat. Complete control is within reach for the country because it is an island nation. 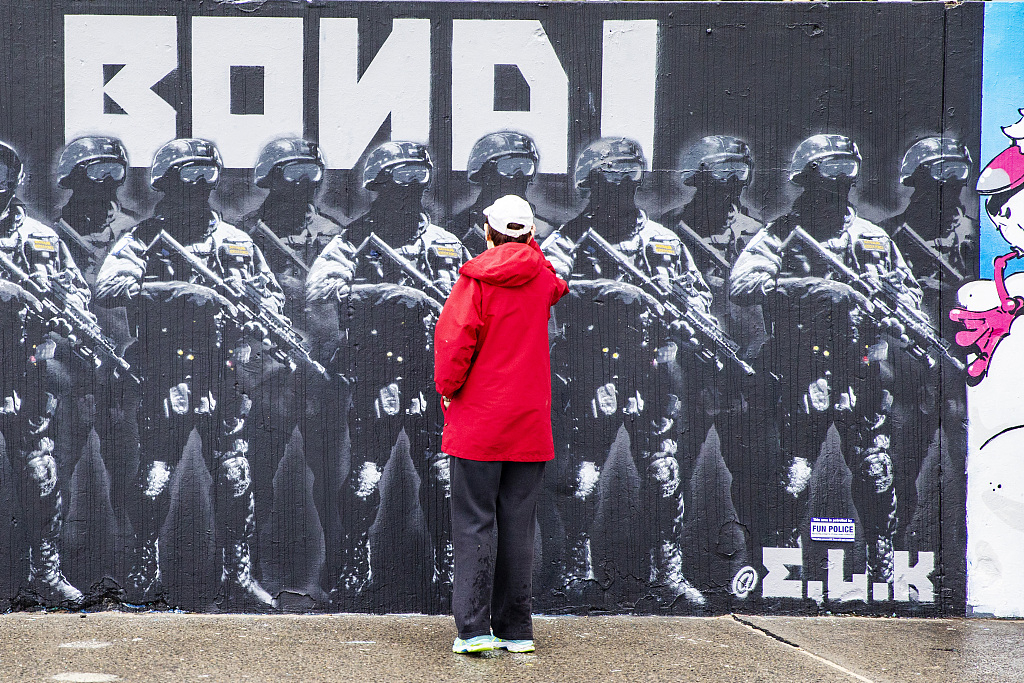 A person takes a photo of a controversial mural by Australian artist, Luke Cornish at Bondi Beach in Sydney, Australia, August 2, 2019. /VCG Photo

A person takes a photo of a controversial mural by Australian artist, Luke Cornish at Bondi Beach in Sydney, Australia, August 2, 2019. /VCG Photo

According to Ghezelbash, the deterrence has succeeded in Australia; However, it has come to a very high cost.

First of all, there is human cost in terms of the impact it has had on the refugee and asylum seeker individuals. "We don't know what happens to the people to get pushback at sea because there is no way following them up, but it's very likely that they could be returned to places where they faced persecution," says Ghezelbash.

Secondly, there also comes an incredibly high fiscal cost given that Australia spent about four billion U.S. dollars a year on border protection to try and keep 20,000 people away. Thirdly, it has also had a significant impact on the international reputation of Australia. "It is difficult for us to hold ourselves out as a good global citizen when we are treating refugees and asylum seekers this way," says Ghezelbash.

Reuven Ziegler, an associate professor in international refugee law at the University of Reading, says that Italy has been now in the forefront of attempts to try and subvert the structure of protection under European Union law by firstly trying to prevent boats that have rescued migrants in international waters from reaching Italian shores.

According to Ziegler, Germany follows European Union law quite strictly, which has not just refugee status but also subsidiary protection for those who face real risk of serious harm for torture, degrading treatment, the death penalty, or violence in conflict.

The consequence is that the majority of those refugees and asylum seekers have received one or the other form of protection. The other thing Germany has done is that it has operated a very robust system of dispersal within Germany so that not all asylum seekers end up in one German state, but rather they will be spread more equitably based on GDP, unemployment, and all other capacities of the German states.

The challenges that Germany is currently facing is a degree of backlash that policy has generated by a right-wing anti-European and anti-immigration party. Another challenge is removing those who have failed to seek asylums successfully from Germany. Overall, Ziegler thinks it is fair to say that Germany's approach has been both exemplary and quite successful. 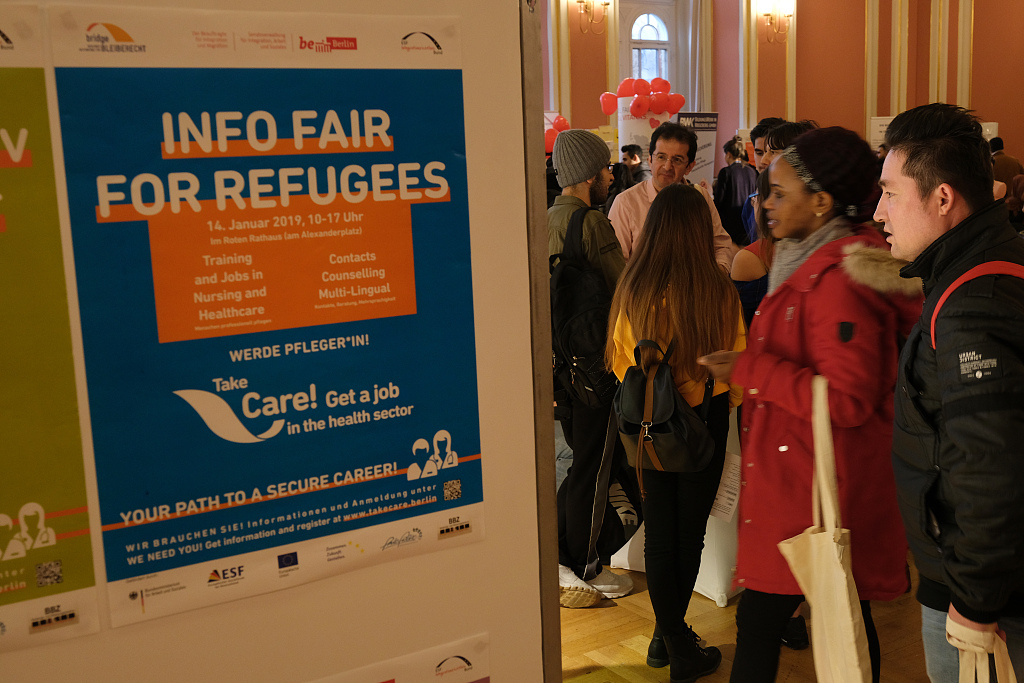 As for the United States, it is no secret that the Trump administration has been trying to curb migration from the southern border, says Paulina Vera, a lecturer in law at the George Washington University Law School. Some of the ways include instituting something called rocket dockets, where they are putting pressure for these cases to go through the immigration courts quickly.

They are putting quotas on immigration judges that are tied to their promotions and raises in the future. They are also pressuring the immigration judges to make quicker decisions on the cases as well. Then we are seeing family separation and detention of children at the border.

Now we are even seeing the Trump administration trying to stem migration coming from Central America by strong-arming Guatemala into signing an agreement in which people that pass through Guatemala are supposed to apply for asylum there first. It would obviously primarily affect migrants coming from the other northern triangle countries including El Salvador, Guatemala, and Honduras.

According to Matthew O'Brien, the director of research at the Federation for American Immigration Reform, in order to qualify for asylum on the basis of a criminal activity, this criminal activity has to be committed by parties that the government is either unable or unwilling to control. In these situations that we are seeing, being the victim of criminal behavior is not something that makes one eligible for political asylum.

O'Brien also mentions that the U.S. has taken in more refugees and asylum seekers than all the other countries in the world combined. With this particular situation, the question is, what is going on south of the border and why are people fleeing.

"If that's the case is there something that we can do to help correct that problem in the country where people have grown up into?" says O'Brien, "People who flee in these situations are men between the ages of 18 and 45. They are the individuals who would drive social change in their own countries."