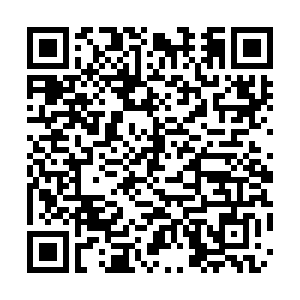 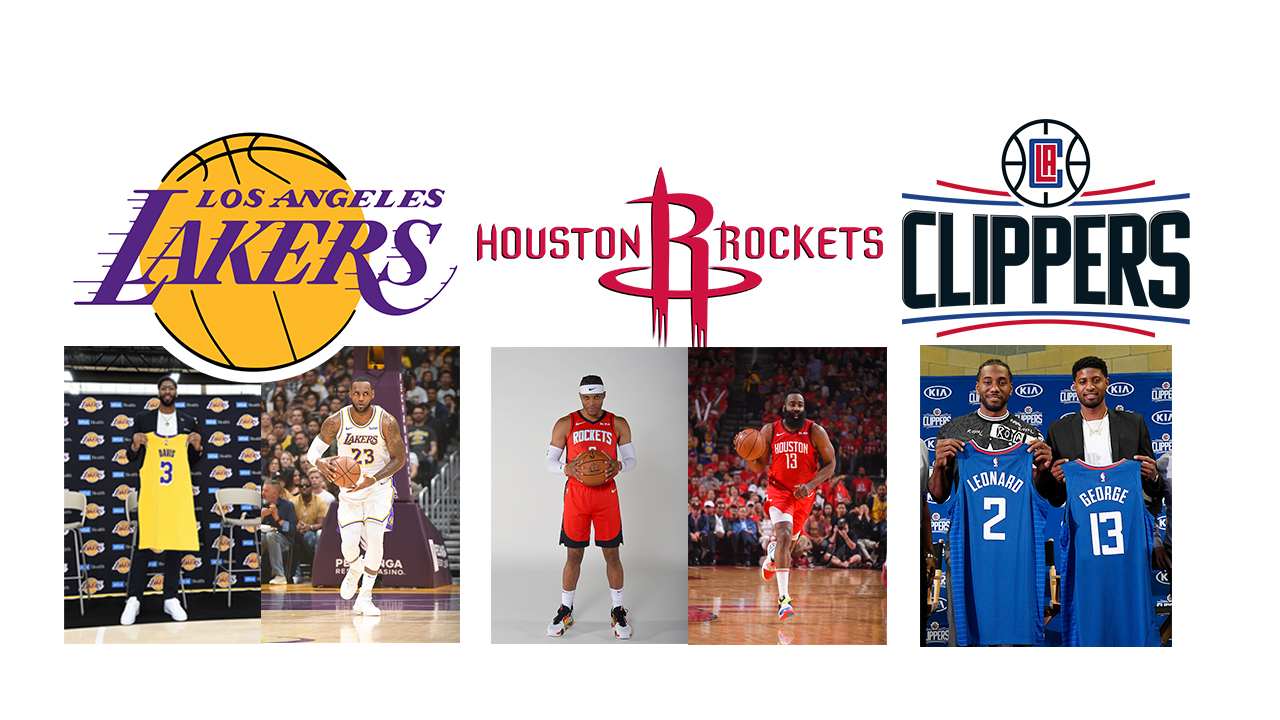 Compared with the Eastern Conference where there will be only two major candidates for the championship, the Western Conference is set to grow more chaotic in the new season - at least five teams are capable of making the NBA Finals, but each of them have their own problems. This time, let's take a look at the three teams that have superstars. 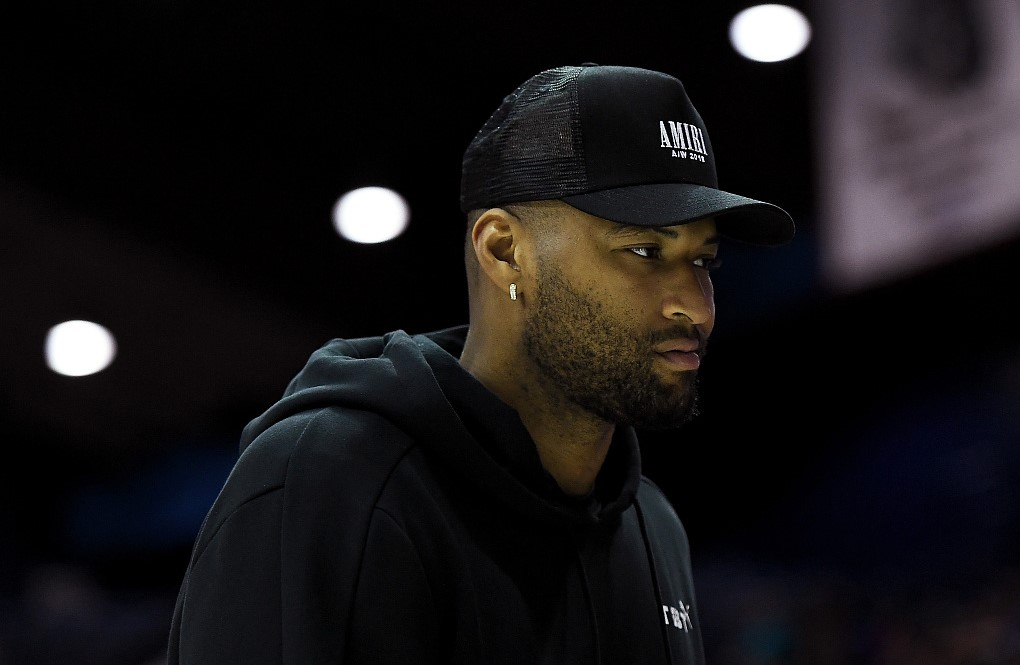 DeMarcus Cousins of the Los Angeles Lakers suffers a torn ACL in his left knee and will rest for nine to 12 months. /VCG Photo

DeMarcus Cousins of the Los Angeles Lakers suffers a torn ACL in his left knee and will rest for nine to 12 months. /VCG Photo

The Los Angeles Lakers could have sent an exciting "giant squad" of which in each position their player has a bigger size than the opponent, but that ceased to be true thanks to the torn ACL of DeMarcus Cousins. Boogie is not the team's decisive player, but he holds a vital role in their success thanks to his complete skills, rebound protection and size. Without him, the purple and gold will have to look for a new seven-footer to fill the paint but unfortunately, there aren't any good ones left on the market.

Cousins' absence will force the Lakers to turn to a small-ball unit in which Anthony Davis will appear as center. He is capable of doing that, but his best role in defense is help defense, not engaging physical combat under the rim. Moreover, the team may have to ask LeBron James to play longer as a power forward for better rebound protection.

LeBron James (L) and Anthony Davis (R) of the Los Angeles Lakers will see their time on the court limited in the 2019-20 regular season. /VCG Photo

LeBron James (L) and Anthony Davis (R) of the Los Angeles Lakers will see their time on the court limited in the 2019-20 regular season. /VCG Photo

The Lakers may not seem like a dominant team in the regular season for two reasons. Firstly, they need to limit the playing time of James, who is already 34 years old and Davis, who has never been known for good health. Secondly, thanks to reason 1, the team will give players like Quinn Cook, Avery Bradley and JaVale McGee longer time than they should have and that may affect the team's performance.

The good news is that in the playoffs, the Lakers, like other teams, will cut down their rotation and that's when their killer squad will give full play to their power. Kentavious Caldwell-Pope + Danny Green + Kyle Kuzma + James + Davis will be able to match most opponents, at least in offense.

Clippers and their imbalanced unit

Paul Geroge (R2) and Kawhi Leonard (R1) of the Los Angeles Cippers talk to each other at the press conference. /VCG Photo

Paul Geroge (R2) and Kawhi Leonard (R1) of the Los Angeles Cippers talk to each other at the press conference. /VCG Photo

The Los Angeles Clippers have been considered as the most prominent candidate for next season's champion since they introduced Kawhi Leonard and Paul George. Both are the league's top five players in both offense and defense, not to mention that the Clippers have Patrick Beverley, whose career signature is defense.

Nonetheless, people may have overestimated the strength of the team and ignored their defects. The Clippers' biggest problem is that they only have Ivica Zubac as a qualified option for center. He can protect the rim thanks to his 2.16-meter height, but that also makes him too slow in switch defense. 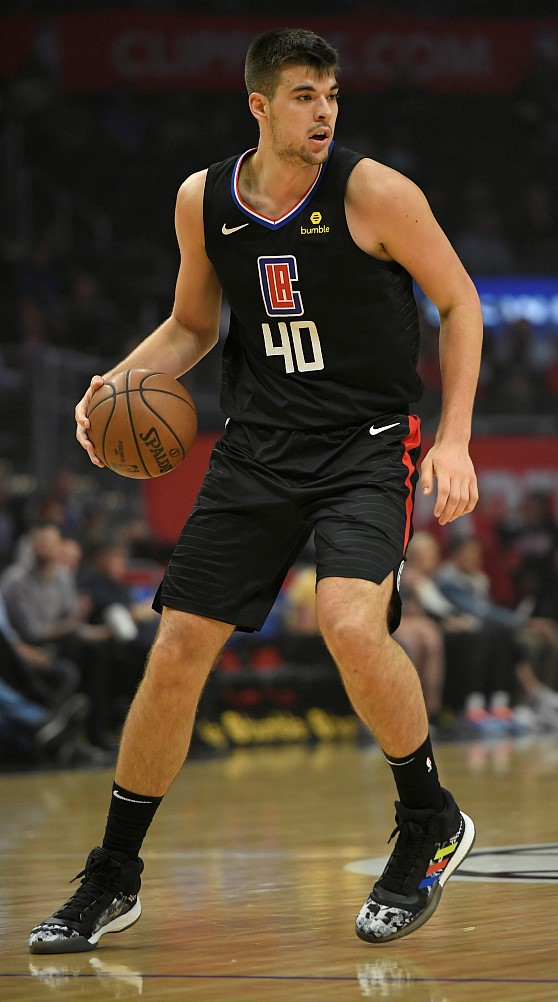 Ivica Zubac of the Los Angeles Clippers is the team's only true center. /VCG Photo

Ivica Zubac of the Los Angeles Clippers is the team's only true center. /VCG Photo

The rest of the team's big men, JaMychal Green, Montrezl Harrell and Patrick Patterson are all too short for center, not to mention that Harrell and Patterson are never reliable in defense. Such a problem determines that the Clippers are able to set up a solid outside defense line, but once it's breached, their paint may become a free buffet for the opponent's attackers.

The Clippers ace unit is likely to be Lou Williams + Leonard + George + Harrell + a 3D player. This unit has the best offense in the Western Conference while Leonard and George should be able to stop most opponents in defense.

Russell Westbrook of the Houston Rockets shows his No. 0 jersey at the press conference. /VCG Photo

Russell Westbrook of the Houston Rockets shows his No. 0 jersey at the press conference. /VCG Photo

Though the Houston Rockets replaced Chris Paul with Russell Westbrook, the team won't see any big change to their game in the new season. Mr. Triple-Double is a better rebounder and relatively healthier than Paul but his terrible shooting and worsened finishing ability will only make the team more uncomfortable facing top rim protector. Moreover, two historic off-ball attackers, Kevin Durant and George choosing to leave him makes it a bit hard to sell that Westbrook can work with Harden better than Paul – unlike Paul, neither Westbrook nor Harden has much to do on the court when they don't have the ball.

The Rockets failed to improve their franchise this summer as again, their owner Tilman Fertitta declined to pay luxury taxes. In offense, they did not add more qualified shooters to their squad; in defense, the team did not land any first-class rim protector or wingman defender. They are expected to have tough games against those who have elite rim protectors and sharp back-court slashers. 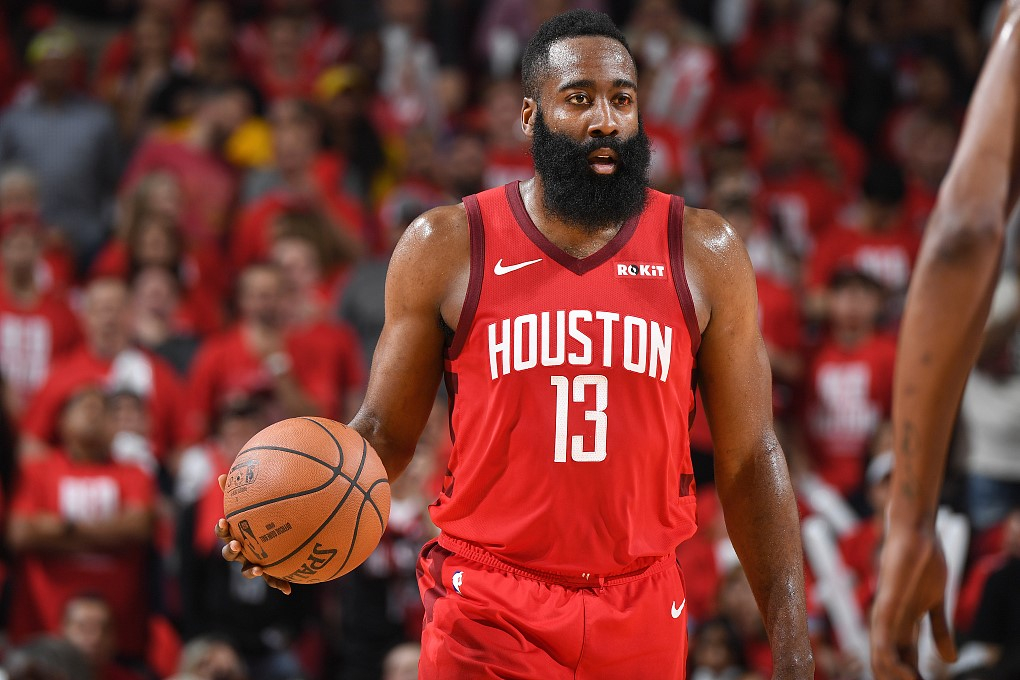 James Harden of the Houston Rockets handles the ball in the game. He will still carry most of the team's offense in the 2019-20 season. /VCG hoto

James Harden of the Houston Rockets handles the ball in the game. He will still carry most of the team's offense in the 2019-20 season. /VCG hoto

Despite the above problems, Houston are still one of the best teams in the West, simply because they are that good. Having not seen much change to their franchise, the team won in total 118 games in the past two regular seasons. Harden is still one of the best scorers in today's NBA and the system of surrounding him with 3D players plus one big finisher should be able to keep Houston among the top 4 in this conference.

The Rockets' winning squad should include Harden, Westbrook, Eric Gordon and P.J. Tucker. The last spot may go to Danuel House, Austin Rivers or Gerald Green. Honestly, this unit does not possess any advantage in front of other competitors in the West.