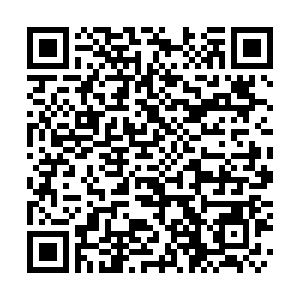 The 18th triennial meeting (COP18) of Convention on International Trade in Endangered Species (CITES), started on Saturday in Geneva, Switzerland. Delegates from 183 countries will debate dozens of issues related to legal and illegal wildlife trade.

What key issues will be discussed at the CITES COP18 meeting?

Governments have submitted 56 proposals for increasing or decreasing the level of protection that CITES provides to specific plant and animal species. We will also consider around 107 documents on the functioning of CITES and various implementation issues. We will also be dealing with the issue of captive breeding of animals and plants.

It appears to be a lot of work to complete in the 12-day conference. Right now it's held every three years, are there plans to hold the meeting annually?

Yes, organizing these conferences is a massive operation. It takes a lot of preparation and planning to ensure that all of the issues are discussed and best efforts are made to resolve most of them within the conference time period.

Thousands of government delegates and experts and observers from all over the world attend the event, which requires at least a million dollars to organize. These meeting also cause significant greenhouse gas emissions. And furthermore, a great deal of essential implementation work is carried out in between the conferences. Keeping these factors in view, there are no plans to hold the conference annually.

A group of African countries want to resume ivory trade. Why is this demand repeatedly raised at COPs?

Indeed, the issue keeps coming up at each CITES meeting and attracts a lot of attention. While one side (pro-ivory trade countries) wants to utilize the resources earned from ivory sales for conservation and fund the livelihoods of local communities, the other side (countries opposing ivory trade) fears such sales would trigger more poaching of African elephants.

We need to find common goals and solutions that support Parties, and I believe that CITES is the platform to facilitate this. As an environmental economist, I believe that creative ways need to be explored so that the costs of conservation and enforcement, the role of the custodians of wildlife, and the needs of local communities are recognized and mechanisms are developed to benefit them.

The contribution of conservation and legal wildlife trade to sustainable development is evident as it provides for our food, our well-being, our jobs and economic development.

Tourism is part of the solution, but we need to find other solutions related to legal trade in order to make the right investments and develop sustainable industries. With the support of the international community for developing countries, a majority of them are custodians of wildlife, want to manage their wildlife populations sustainably.

There has been a dramatic increase in seizures of pangolin scales.  What should be done to stop their rampant poaching and trade of the world's most trafficked mammal?

This will be a burning issue at our conference. The worry here is the size of recent seizures, which reveal that thousands of pangolins are being killed to fill such large consignments. This mammal is already listed in Appendix I, providing it with the highest level of protection by banning its killing and trade.

The good news is that law enforcement agencies are cracking down on the illegal wildlife trade. It is now the turn of countries where illegal trade is occurring to ensure that smugglers and criminal kingpins involved in these unlawful and harmful activities receive the maximum punishment.

The International Consortium on Combating Wildlife Crime, which includes, Interpol, the United Nations Office on Drugs and Crime, the World Bank and the World Customs Organization, is working hard to expose such smuggling rings. However, we still need stronger national legislation to punish the criminals involved in such illegal trade.

A section of wildlife experts suspect that theft from wildlife stockpiles are part of the large consignments of pangolin scales and ivory being seized. Any plan to deal with the issue?

We already have a guidance system in place for managing stockpiles of products derived from CITES-listed species. It is up to national governments to prepare policies for the robust management of inventories. Some countries are doing a good job.

There is a lot of pressure on securing the stockpiles, and innovative approaches are being adopted. During a visit to Zimbabwe, I saw that the ivory stocks in Harare were being kept in bank vaults with armed guards protecting them and the use of security technologies. Some wildlife organizations promote the use of the Internet of Things technologies for the same purpose.

Is the global community overlooking any key protection areas?

I think more action is needed to protect both wild plants and animals that are traded internationally. But countries need to start giving more attention to the protection of plants in particular. There is tremendous pressure on timber plants and medicinal plants, and trade in many of these species is booming.

Fisheries are another vital sector that needs more attention. Today, proteins derived from fish, crustaceans, and mollusks account for between 13.8 and 16.5 percent of the animal protein intake of the human population. More generally, countries really need to work on the sustainable use of all natural resources.

The recent report from the Intergovernmental Science-Policy Platform on Biodiversity and Ecosystem Services (IPBES) has already raised the alarm. Their findings show that native species with land-based habitats have declined by at least 20 percent, mostly since 1900. The time has arrived for national governments to take much more ambitious action to protect vulnerable species.