What pushed Hong Kong to the brink?
John Ross 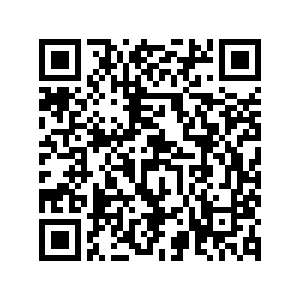 Editor's note: Hong Kong is now in its tenth consecutive week of mass protests. The violent clashes between police and protesters have grabbed global attention. John Ross, former director of economic and business policy for the Mayor of London and a senior fellow at Chongyang Institute for Financial Studies under Renmin University of China shares his views on the issue. The opinions expressed in the video are his and do not necessarily represent the views of CGTN.

Below is an interview with John Ross that's been edited for clarity.

CGTN: You once mentioned that Britain pursues a policy of divide and rule to strengthen its control over its colonies. How has this practice affected the relationship between Hong Kong and the Chinese mainland?

The people in Hong Kong think that they're superior, or taught to think they are superior, to people from the Chinese mainland. This is completely stupid. I visited Hong Kong several times, I get to talk to people from Hong Kong who generally make the mistake, who must think because I'm British, therefore I greatly sympathize with what they want to say.

And some of what they say is quite disgraceful. Therefore, this is the type of processes which are taking place. Normally, these events are doing serious damage to Hong Kong's economy. But unless they have some sympathy in the mainland, there's no chance whatever of Hong Kong achieving anything.

CGTN: Do you think the protests have something to do with the social freedoms they have in Hong Kong?

John Ross: I don't think it has anything to do with freedoms. They didn't have any freedom at all in the real world under the British. Has it got something to do with the somewhat higher standard of living in Hong Kong? Yes, probably.

Because if you are in a part of the country, which has got a higher GDP per capita income than others, there are two things you can do. One thing is that you can say, "well to hell with everybody else, I want everything for me and the rest of the country can go to hell." Well, don't expect any sympathy from the country if that's your position.

Or the second is you can say, okay, I've done very well. So what I really want to do is to help my whole country to go forward.

Hong Kong is rich because it provides a very good entry into the Chinese mainland. And, therefore, it gains from this situation. So it could play the role of helping to take the whole of China forward. And that's what sort of patriotic Chinese want.

CGTN: Are there great economic benefits for Hong Kong elites if Hong Kong separates itself from the Chinese mainland?

John Ross: No, I wouldn't say so. In fact, on the contrary, if Hong Kong were to separate itself entirely from China, then its economy would collapse or its economy would go to a great nosedive. Its advantages are that it's an off-shore center, particularly as offshore financial center of China. It benefits from that.

If it wasn't connected to the Chinese mainland, economically connected, then it would do very badly.

At the present time, there's no doubt that the economy is being hit by this.