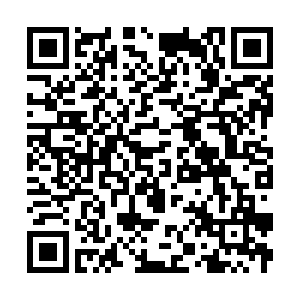 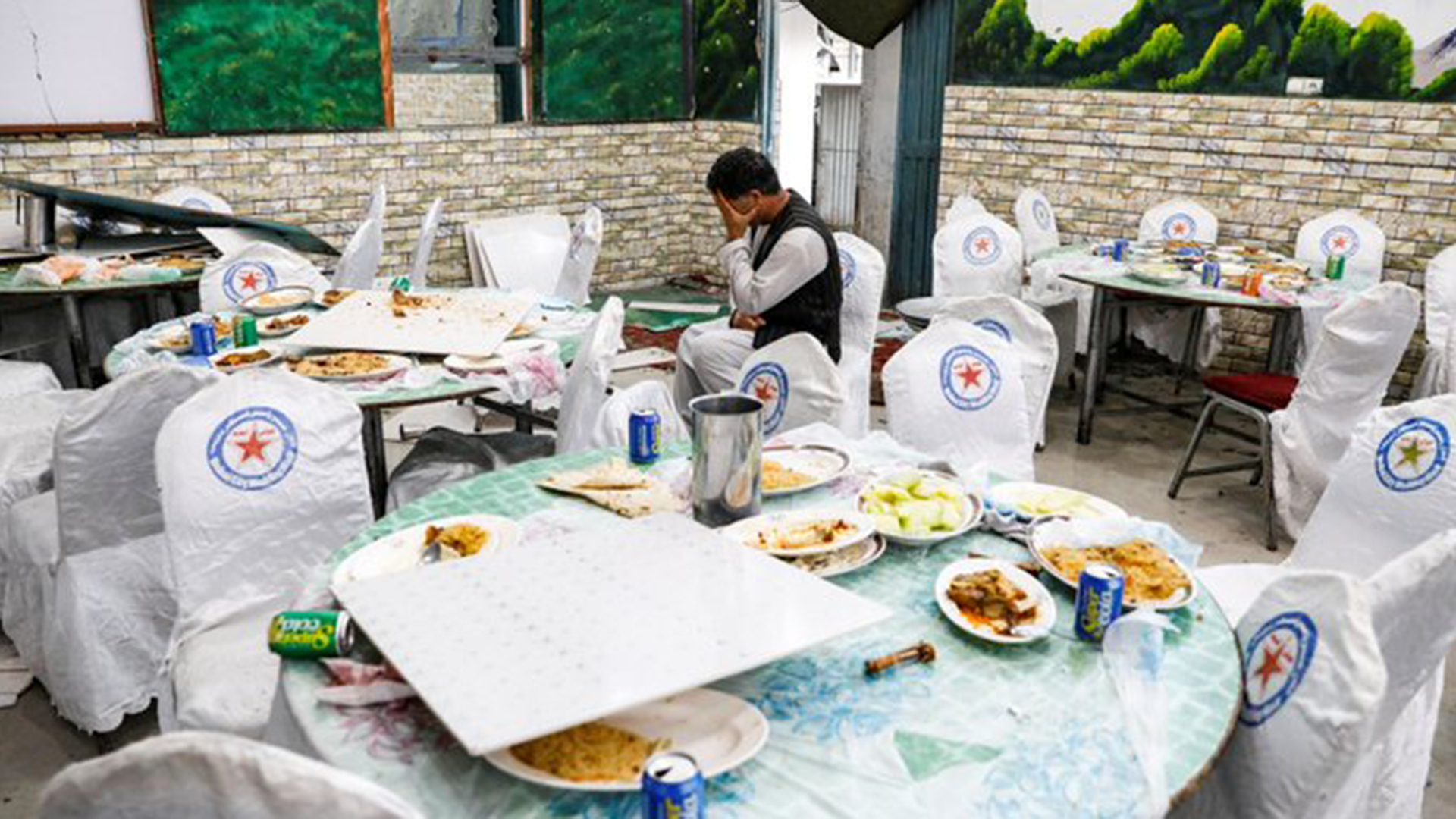 A suicide bomber killed 63 people and wounded 182 in an attack on a wedding reception in the Afghan capital, Kabul, around 10:40 p.m. Saturday, according to the interior ministry.

The explosion came just as the U.S. and the Taliban are widely expected to sign off on a deal that would see American troops begin to leave Afghanistan in return for various security assurances from the insurgents.

The Taliban has denied responsibility for the blast.

Afghan weddings are epic and vibrant affairs, with hundreds or often thousands of guests celebrating inside industrial-scale wedding halls where the men are usually segregated from the women and children.

Mohammad Farhag, who had been at the wedding, said he had been in the women's section when he heard a huge blast in the men's area.

"Everyone ran outside shouting and crying," he said, "For about 20 minutes the hall was full of smoke. Almost everyone in the men's section is either dead or wounded. Now, two hours after the blast, they are still taking bodies out of the hall." 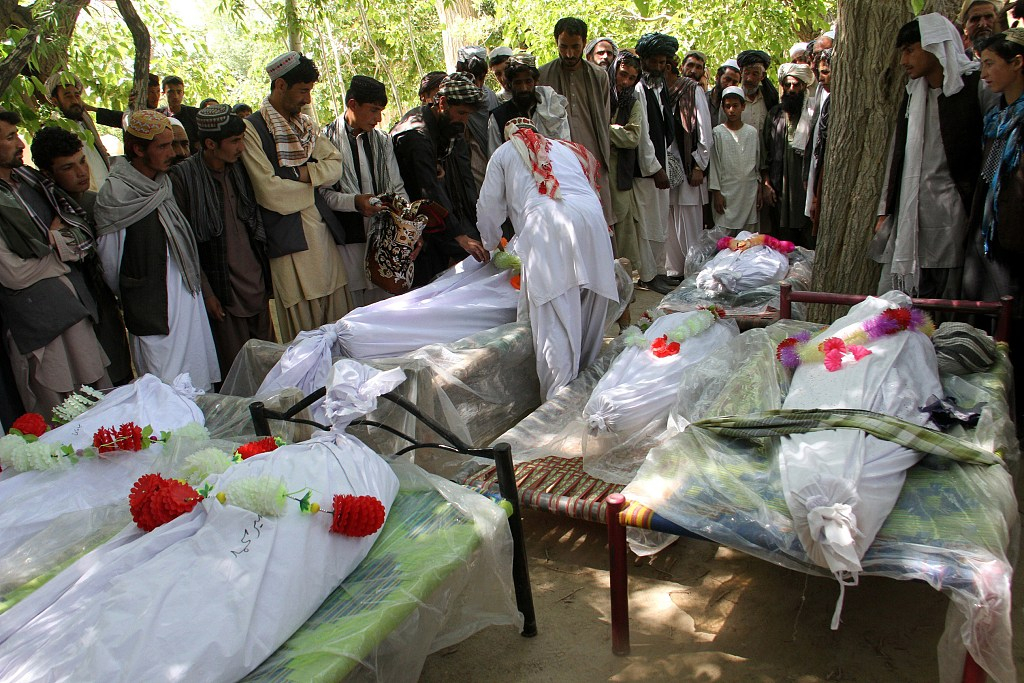 "You can't make them bow by killing them. The perpetrators of tonight's attack shall be held responsible," he wrote on Twitter.

Insurgents have periodically struck Afghan wedding parties, which are seen as easy targets because they frequently lack rigorous security precautions.

On July 12, at least six people were killed when a suicide bomber attacked a wedding ceremony in the eastern Afghan province of Nangarhar. The terrorist group ISIL, which has a growing footprint in the region, claimed the blast.

Expectations are rising for a deal in which the U.S. would start withdrawing its approximately 14,000 soldiers from Afghanistan after a two-decade war that has turned into a stalemate. 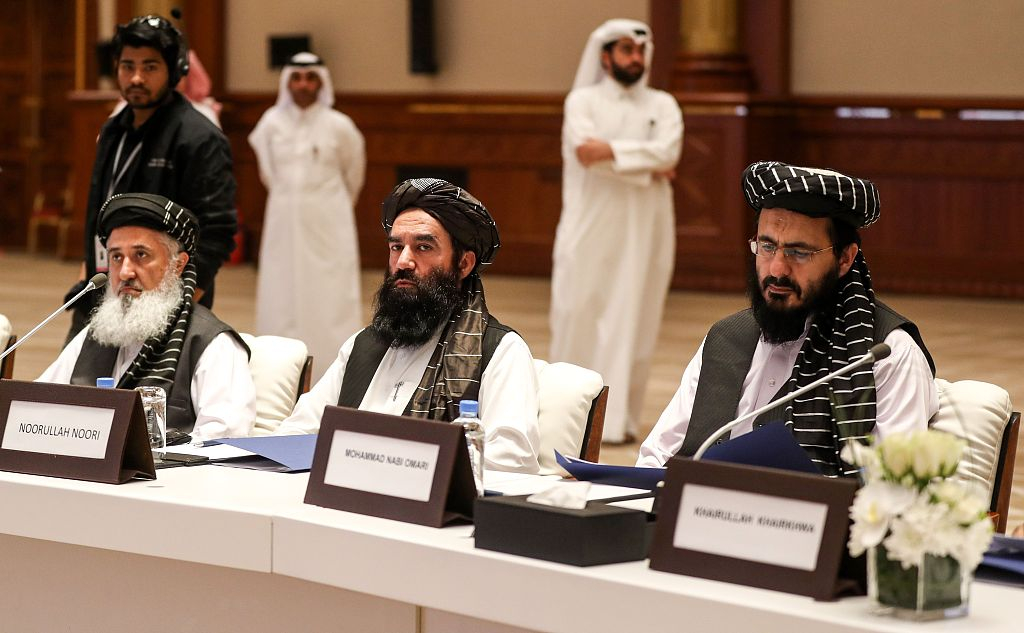 U.S. President Donald Trump has said since the start of his presidency that he wants troops out of the country where Washington has spent more than one trillion U.S. dollars on military operations and reconstruction since 2001.

In return for the U.S. departure, the Taliban would commit to various security guarantees, including that the Islamist hardliners who long harbored Al-Qaeda would not allow Afghanistan to once again become a jihadist safe haven.

On Friday, Ahmadullah Azkhundzada, brother of Afghan Taliban leader Haibatullah Akhundzada, was among four people killed in a blast at a mosque in Pakistan's southwestern Balochistan, a senior official with the provincial government said.