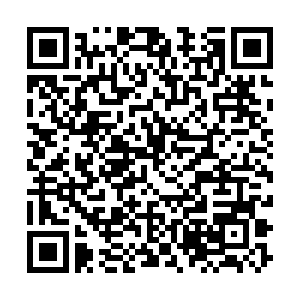 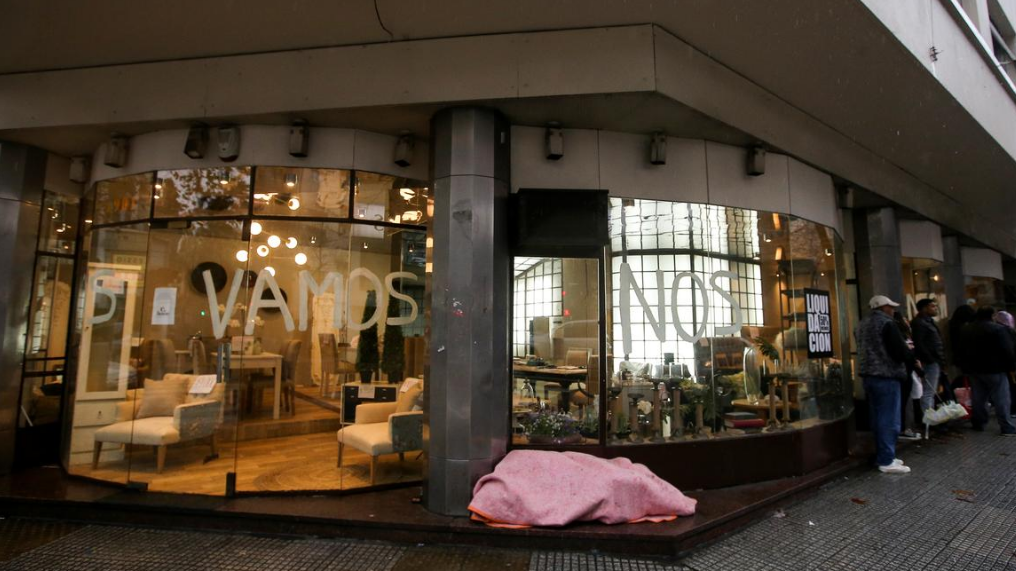 Argentina's peso ended a tumultuous week Friday having shed 20 percent in its value against U.S. dollar as both Fitch and S&P cut the South American country's long-term credit rating, citing increased uncertainty and a rising risk of default.

The peso gained 2.75 percent to trade at 58.12 to the U.S. dollar on Friday, after several days of free fall were halted Thursday following a joint appeal for calm by President Mauricio Macri and his center-left rival Alberto Fernandez.

But the outlook remains uncertain after markets went into turmoil following Macri's crushing defeat by the populist Fernandez in the primary polls on Sunday. 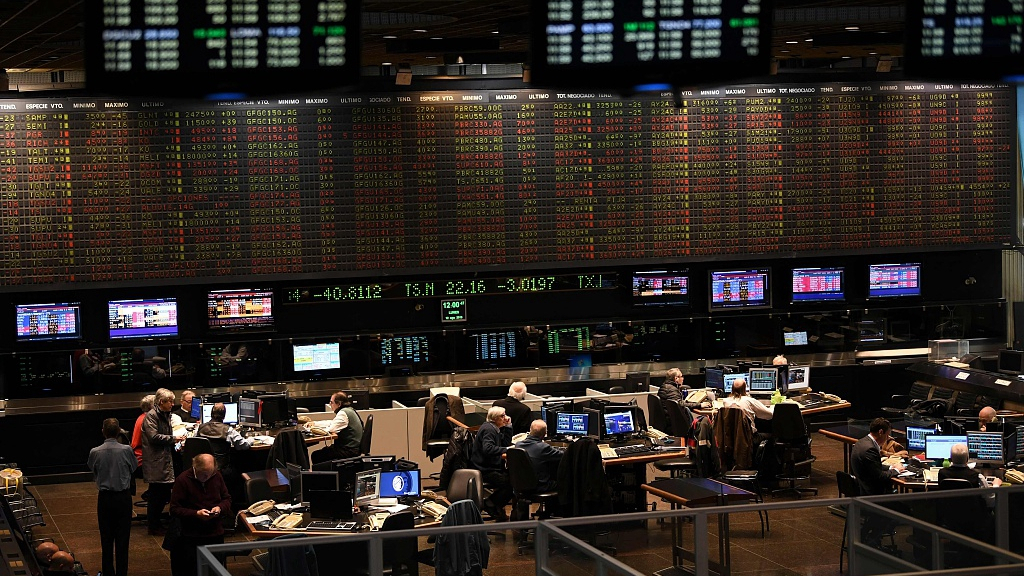 "The Argentine peso has stabilized over the past few trading days but the collapse earlier this week has made a sovereign debt default highly likely," said analysts Capital Economics in a note.

Ratings agency Fitch downgraded the crisis-hit government's credit rating two notches to "CCC" from "B." Standard & Poor's dropped it a single grade from "B" to "B-."

"The pronounced turbulence of the financial market, with a significant depreciation of the Argentine peso and a rise in interest rates... has significantly weakened the already vulnerable financial profile," added S&P.

"The downgrade of Argentina's ratings reflects elevated policy uncertainty... a severe tightening of financing conditions and an expected deterioration in the macroeconomic environment that increase the likelihood of a sovereign default or restructuring of some kind," Fitch said in its announcement.

Fitch said the center-right's crushing political defeat in the primaries "increases risks of a break from the policy strategy of the current administration of Mauricio Macri guided by a program with the IMF."

Fernandez, now the clear favorite to unseat Macri in October's presidential election, has questioned the reform program backed by a 56-billion-U.S.-dollar rescue package from the International Monetary Fund.

The country is currently in a recession and posted 22 percent inflation for the first half of the year — one of the highest rates in the world — but the IMF said Macri's reform program was beginning to yield results.

Macri reacted on Wednesday by announcing salary hikes and tax cuts in a bid to win back voters with the October 27 presidential election looming. 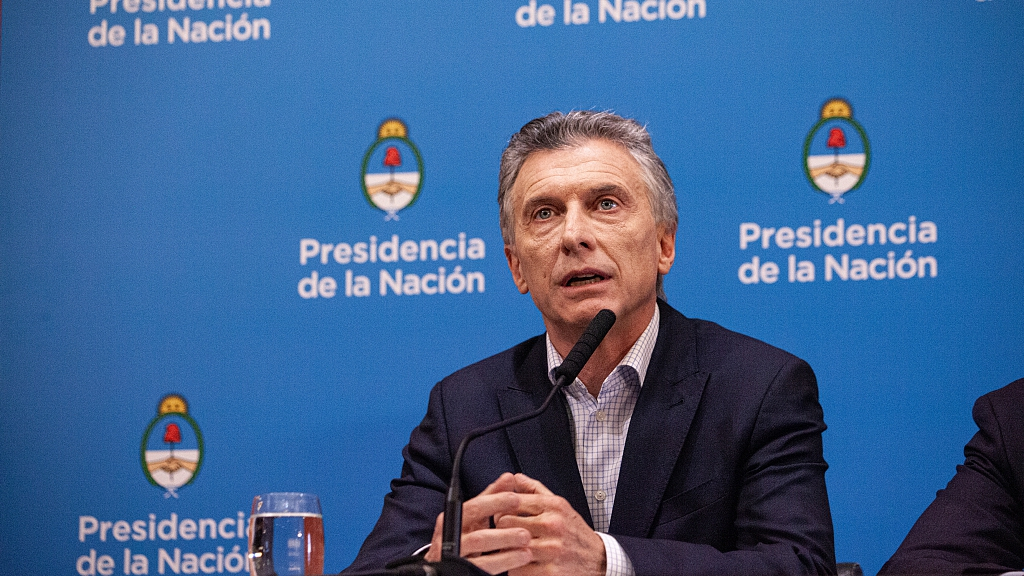 Macri said the measures would "benefit 17 million workers and their families and all small and medium-sized businesses, formal and informal, state and private."

He also announced an unspecified increase in the monthly minimum wage — currently 12,500 pesos, or 208 U.S. dollars — saying it would benefit two million workers.

In Buenos Aires, the sudden crisis left many businesses reeling.

"It took us by surprise," said Juan Manuel Bujia, commercial manager of the Rodo home appliance chain that employs 400 people.

"A lot of people anticipating the increases have been coming in to buy knowing prices are going to be higher next week and next month," Bujia told AFP.

He said his suppliers had already priced in 10 percent increases on Argentine products and up to 15 percent on imports. "We are trying to pass on as little as possible" to customers, he said. 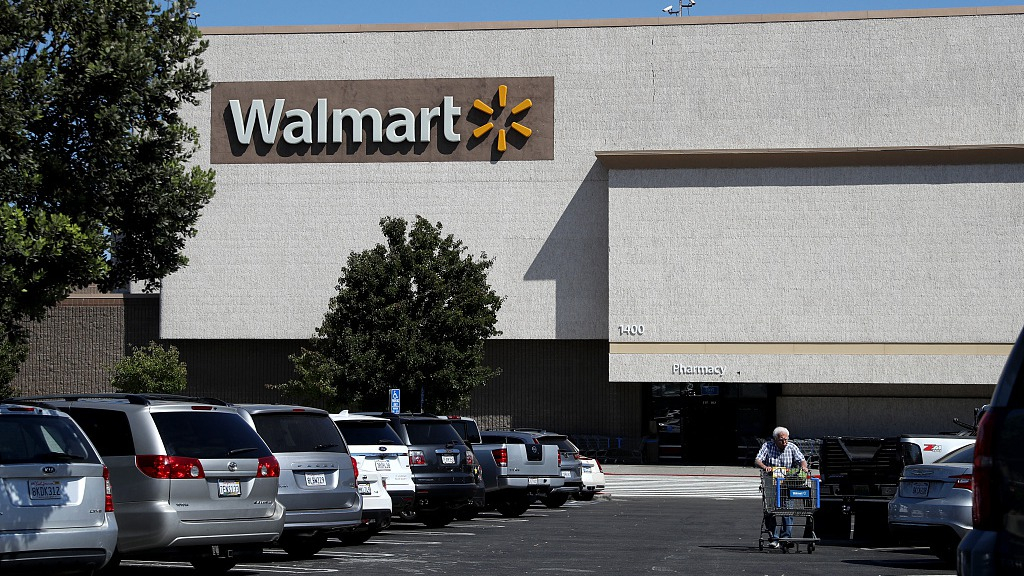 U.S. retailer Walmart has over 90 branches in Argentina. /VCG Photo

U.S. retailer Walmart has over 90 branches in Argentina. /VCG Photo

U.S. retailer Walmart, which has 92 branches in Argentina, said it had seen a 15-20 percent hike in sales volumes between Monday and Wednesday and had not yet increased prices.

"It happens to us when there is a foreign exchange movement and people want to beat any price shift, especially with essentials like oil, sugar, flour, yerba mate and some dairy products," Walmart official Juan Pablo Quiroga told AFP.

Quiroga said some suppliers had notified the retailer of price increases "from the end of this week or next week."

Buenos Aires has a fraught history with the IMF, and Fitch said "policy credibility and market access could still be severely tested amid weak economic conditions, high public debt and inflation."

Argentina defaulted on its debt in 2001 during the worst economic crisis in its history, and it took years before it could restore its credibility in world financial markets.

Fernandez said this week he considered an exchange rate of 60 pesos to the U.S. dollar as "reasonable" and said it should no longer fluctuate wildly.

Going into last weekend's primary elections, the peso was trading at 46.5 to the U.S. dollar.

(Cover: A homeless person sleeps outside a shop with a graffiti on its windows that reads "we are leaving", one day after a national blackout, in Buenos Aires, Argentina, June 17, 2019. /Reuters Photo)