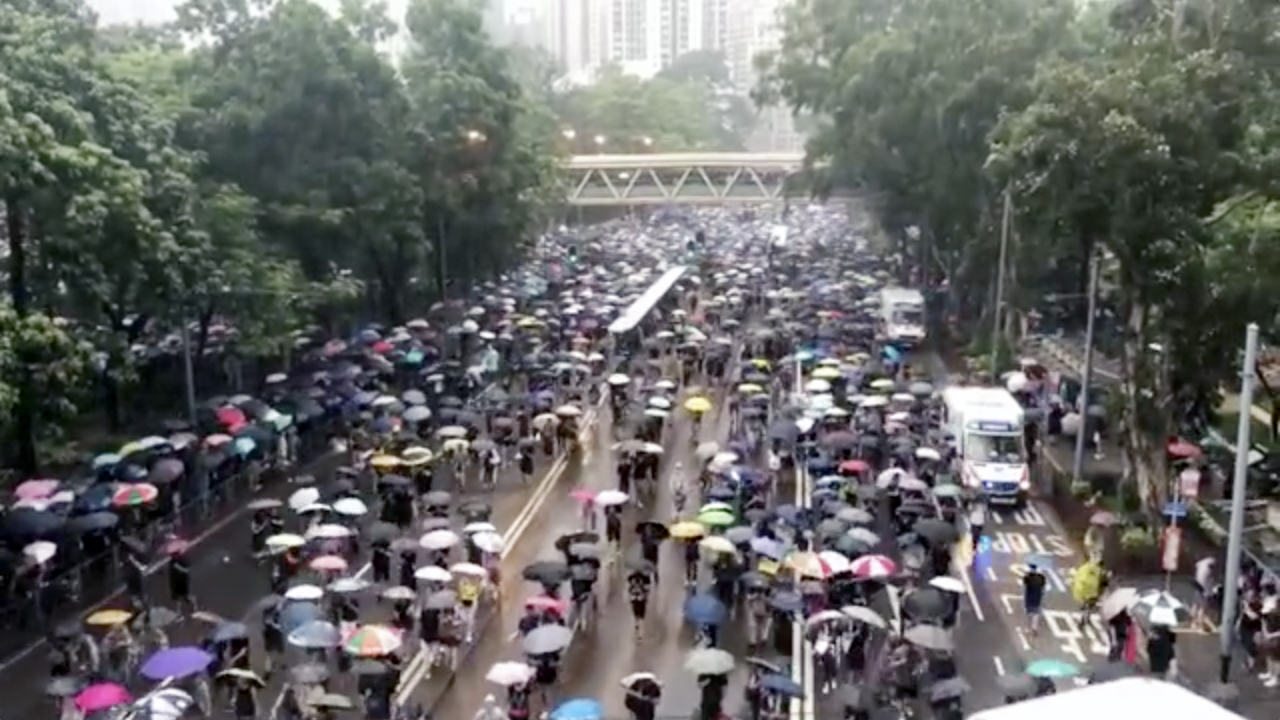 A huge protest by anti-government groups has been held at Victoria Park on Hong Kong Island. The protest rally, which started at 2 p.m, was supposed to be confined to the park, according to the demonstration permit that was granted. But one hour later, the organizers called for the crowds to move out on to the streets. The mass of people spread out from the park to Charter Garden in Central District. Lots of shops along the roads were closed.