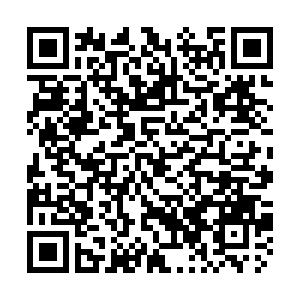 Mexico may need more than an official U.S. designation of 'terrorism' in order to get the justice it seeks.

Mexico has moved swiftly to classify the August 3 massacre in El Paso, Texas where 22 people were killed including eight Mexican nationals, as a terrorist act. But its demands to have the U.S. hand over the gunman to stand trial in Mexico, and it's intention to sue the gun seller, may be wishful thinking.

Mexican Foreign Relations Minister Marcelo Ebrard recognized during a news briefing Wednesday that steps needed to be taken by both the U.S. and Mexico to prevent future killings. That includes legal action that would first require the official classification of the shooting as an act of terror. Mexico has made such declaration and has been pressuring the U.S. government to do the same.

“It’s very important to persevere, to specify, clarify and demand that measures are taken so that this is not repeated, and the first measure is to classify it for what it is, an act of terrorism that seeks to take Mexican lives,” said Ebrard.

The U.S. Federal Bureau of Investigation has launched a hate crime investigation that could lead to domestic terrorism charges after discovering a manifesto believed to be authored by the 21-year-old suspected gunman, Patrick Crusius, and posted on the online message board 8chan.

Crusius reportedly confessed he drove 10 hours from northern Texas to the U.S.-Mexico border to target “Mexicans,” according to an El Paso police affidavit. 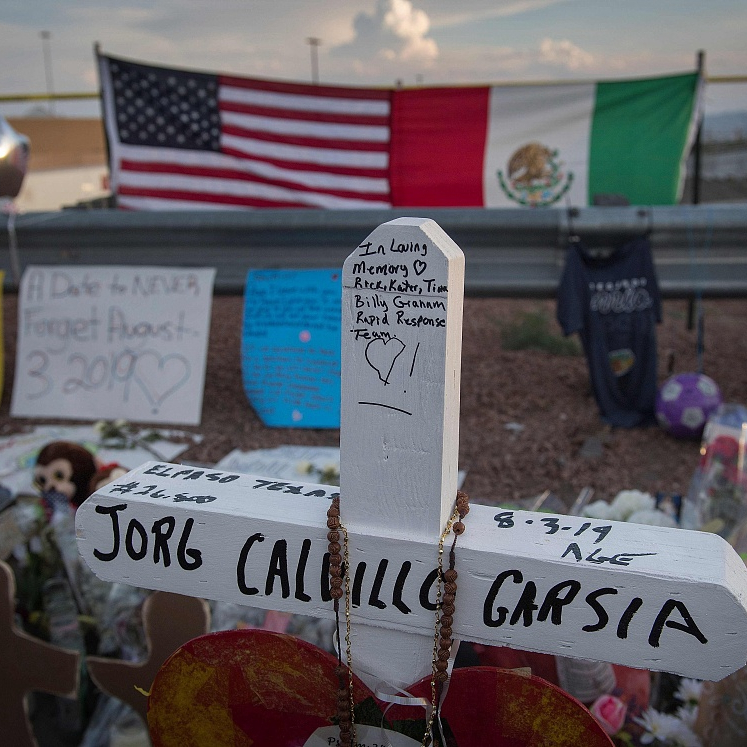 A photo taken on August 3, 2019 shows a cross for victim Jorg Calvillo Garsia in front of the U.S. and Mexico flags at a makeshift memorial for victims of the Walmart shooting that left a total of 22 people dead in El Paso, Texas, U.S., August 3, 2019. /VCG Photo

A photo taken on August 3, 2019 shows a cross for victim Jorg Calvillo Garsia in front of the U.S. and Mexico flags at a makeshift memorial for victims of the Walmart shooting that left a total of 22 people dead in El Paso, Texas, U.S., August 3, 2019. /VCG Photo

Just days after the El Paso shooting, the Mexican government announced it would compile evidence and build a case to be later presented to the U.S. government in which it will detail its arguments for Crusius' extradition and the lawsuit against the seller of the semi-automatic assault weapon used in the killings.

"There's a series of people who propose to act against Mexicans," said Ebrard as he pointed to the manifesto and the 8chan message board as evidence of people spreading terror against immigrants.

Ebrard was seemingly hopeful Wednesday that the U.S. is inching closer to making the official domestic terrorism classification after Texas governor Greg Abbot announced the formation of a terrorism task force in the wake of the shooting.

"Even though we all understand [this] is a terrorist attack, there's a formal process that involves different steps," Guadalupe Correa-Cabrera, associate professor of the Schar School of Policy and Government at George Mason University, told CGTN Digital.

"It's not just about Mexico," she said. "It's a case that puts under threat the national security of the United States of America."

Correa-Cabrera explained the U.S. government is unlikely to bow to pressure from Mexico when it has a larger issue of mass shootings and white nationalists it must respond to. She noted the judicial process will take its course, which can be lengthy but thorough. 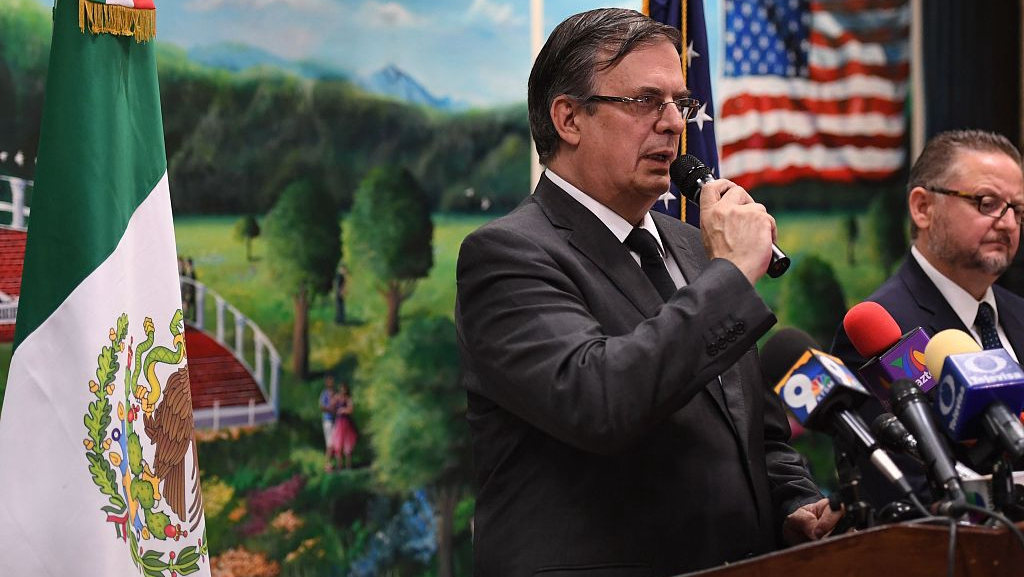 Mexico's Foreign Minister Marcelo Ebrard talks to the media after eight Mexican nationals were killed at the Cielo Vista Mall WalMart during a shooting that left a total of 22 people dead in El Paso, Texas, U.S., August 3, 2019. /VCG Photo

Mexico's Foreign Minister Marcelo Ebrard talks to the media after eight Mexican nationals were killed at the Cielo Vista Mall WalMart during a shooting that left a total of 22 people dead in El Paso, Texas, U.S., August 3, 2019. /VCG Photo

"We will definitely present a case against the sale and distribution of the weapon used as the assault weapon that took the lives of the eight Mexicans and of the 14 Americans," assured Ebrard during his visit to El Paso on August 5.

However, suing a U.S. business or a private citizen for the sale of a gun may be easier said than done. The U.S. constitution protects the right for citizens to purchase firearms. That hasn't stopped Mexico from blaming U.S. gun violence for the deaths of Mexicans.

"The United States has a lot of leverage, historically speaking. Mexico has been pressured all the time," noted Correa-Cabrera. "The power relationships are extremely unequal."

"There is a cooperation treaty" between U.S. and Mexico, noted Ebrard. But that treaty has largely been a one-way road, argued Cabrera, where high profile drug-lords are typically handed over to be tried in U.S. courts.

"They do it to try them in the United States because of the lack of confidence and the idea that a lot of these drug lords and criminals are connected with Mexican authorities," said Correa-Cabrera. "Because of the limitations of the Mexican judicial system, I'm not sure they're going to be successful at doing that."

The U.S. prosecutors would want to ensure Crusius faces justice at home before he goes anywhere else, argues Correa-Cabrera. If Crusius is convicted and sentenced to death, Mexico may never see him step on its soil. 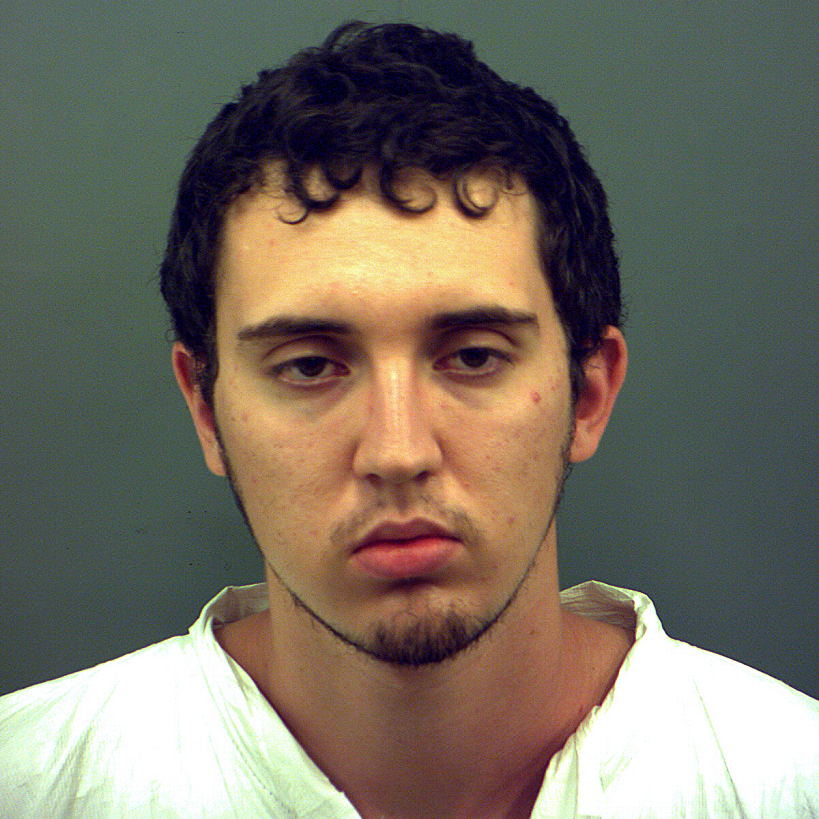 A show of force or a fool's hope?

Since taking office in 2018, Lopez-Obrador's approach to the Trump administration has been non-confrontational and showing a willingness to make compromises in order to appease the U.S. president. Such was in the latest concession to send National Guard troops to its southern border and contain the flow of undocumented migrants in order to avoid being slammed with tariffs.

"The United States has the singing voice in this and other areas," said Correa-Cabrera. "Marcelo Ebrard and the Mexican government want to look strong and want to show their concern, but the possibilities of success are extremely small."

Ebrard said a delegation from Mexico's attorney general's office and the Mexican foreign relations office will visit El Paso soon to gather more evidence to build a case against the gun seller and the extradition of the gunman.

"This could be one way the United States can show reciprocity, collaboration, solidarity with Mexico because Mexico has been very helpful and agreed to their extradition requests,"  said Correa-Cabrera. But anything more than that is unlikely to happen, she added.

Mexico may be signaling it wants to cash in for all the favors, but having the gunman tried in U.S. courts and giving up on the gun issue might just have to do.